When the Jaguar E-type was brand new, one example was different from the rest.

It’s the 60th Anniversary of Jaguar’s E-type in 2021, so expect to see a LOT of the legendary sports car this year.

Pre-empting the anniversary, an early E-type went to auction in the UK last October. This was no ordinary Series I 3.8 Fixed Head Coupe, though, as it played a significant part in both the development and early promotion of Jaguar’s most famous model.

On the surface, this 1961 E-type coupe, finished in Opalescent Dark Green, bearing the chassis number 860010 and UK (Coventry) registration 6162 RW, appears no different from any other early Series I. It’s an E-type, so of course it’s attractive, but to understand the significance of this car, you have to look a bit deeper, both inside the car and into its history.

As the number suggests, chassis 860010 was the tenth production E-type to come off the assembly line at the Brown's Lane factory. That was only the start of this car’s journey, though. 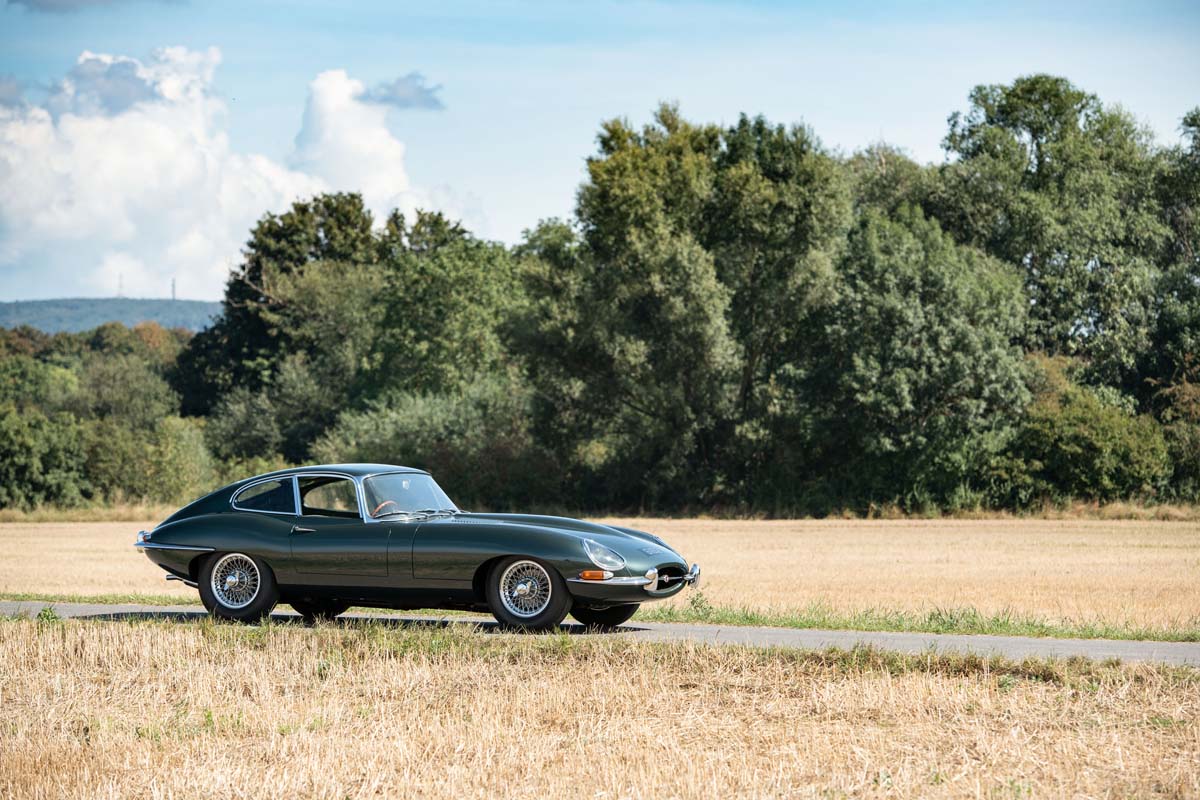 Soon after registration as 6162 RW, the car joined other early-production E-types for testing, development and press use, including the ‘9600 HP’ coupe and ’77 RW’ roadster that Jaguar are producing copies of for their ‘E-type 60 Edition’ programme. 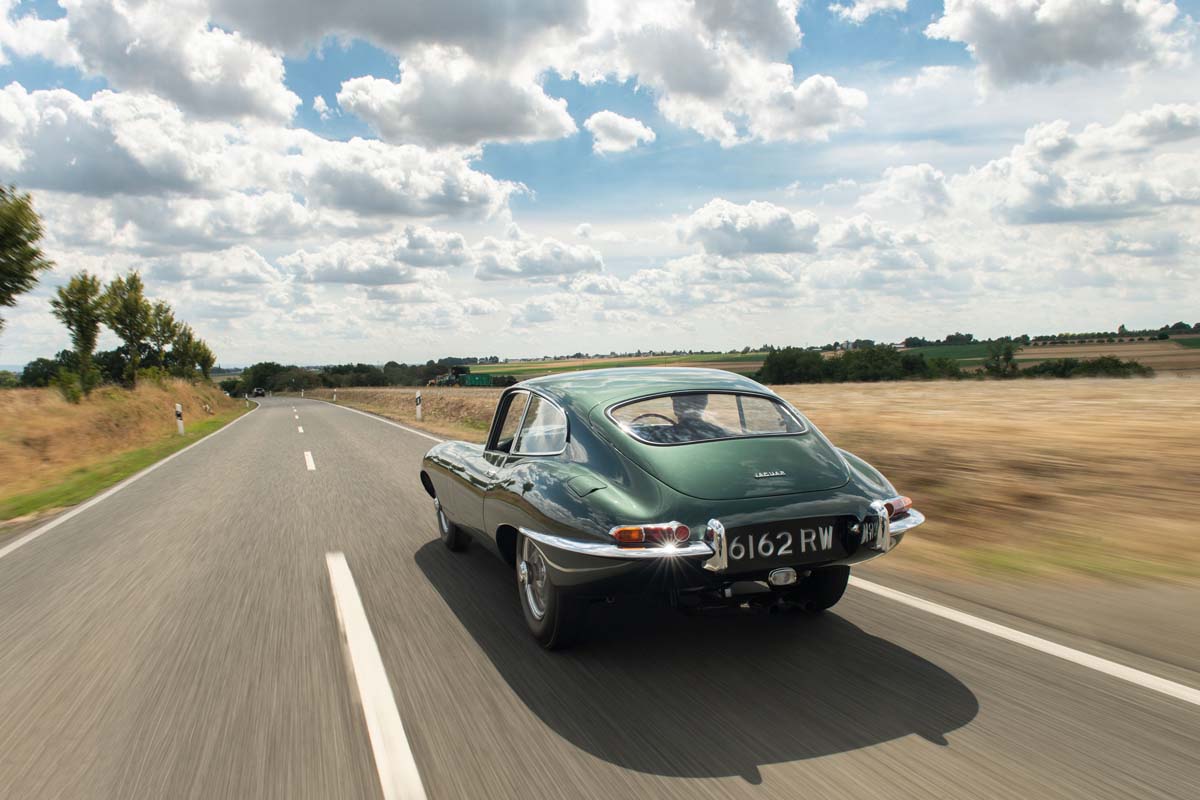 Those two aforementioned cars got broader notice thanks to being Jaguar’s official demonstrators for the 1961 Geneva Motor Show, but 6162 RW saw plenty of press fleet use, too, from the UK to the Pyrenees mountains and even as far as Italy. 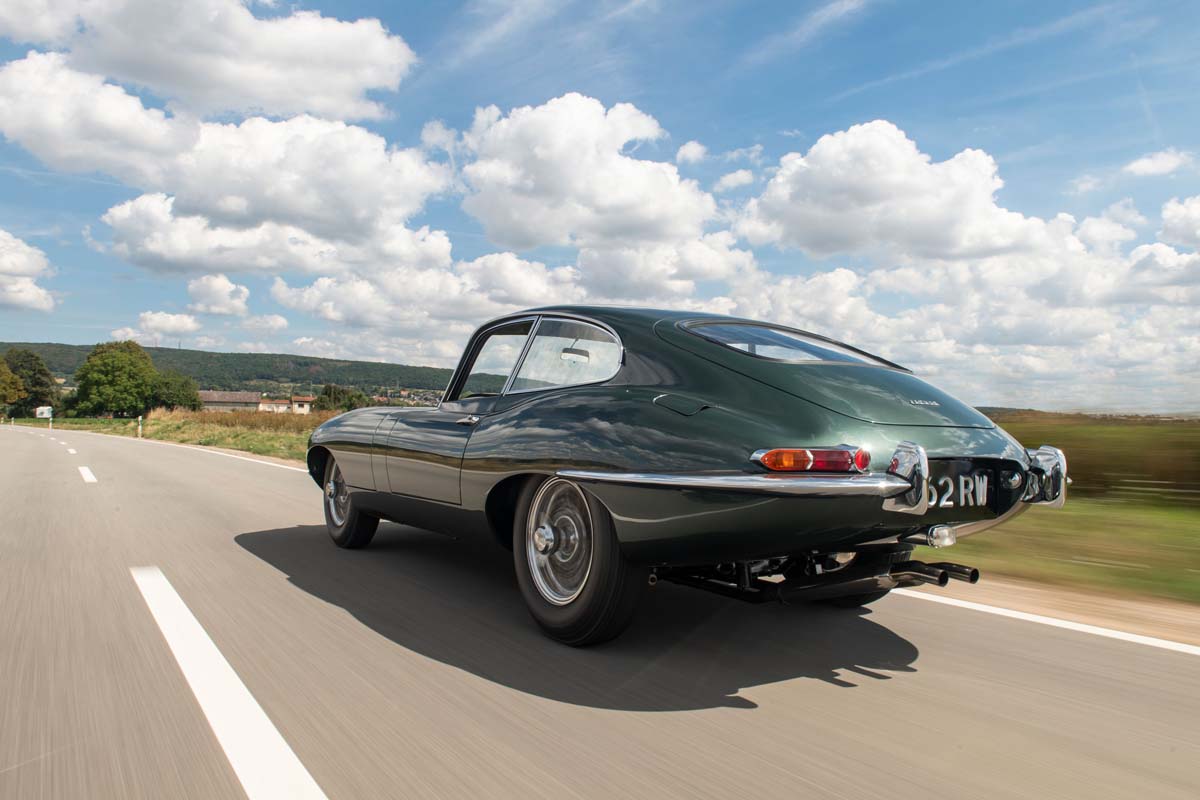 On the Continent, Belgian race driver and journalist Paul Frére tested the car for Italy’s Quattroroute and Germany’s Auto Motor und Sport magazines, punting it around Monza and also exploiting its GT capabilities on the autostrada from Rome to Ostia, reportedly hitting 256km/h in the process! 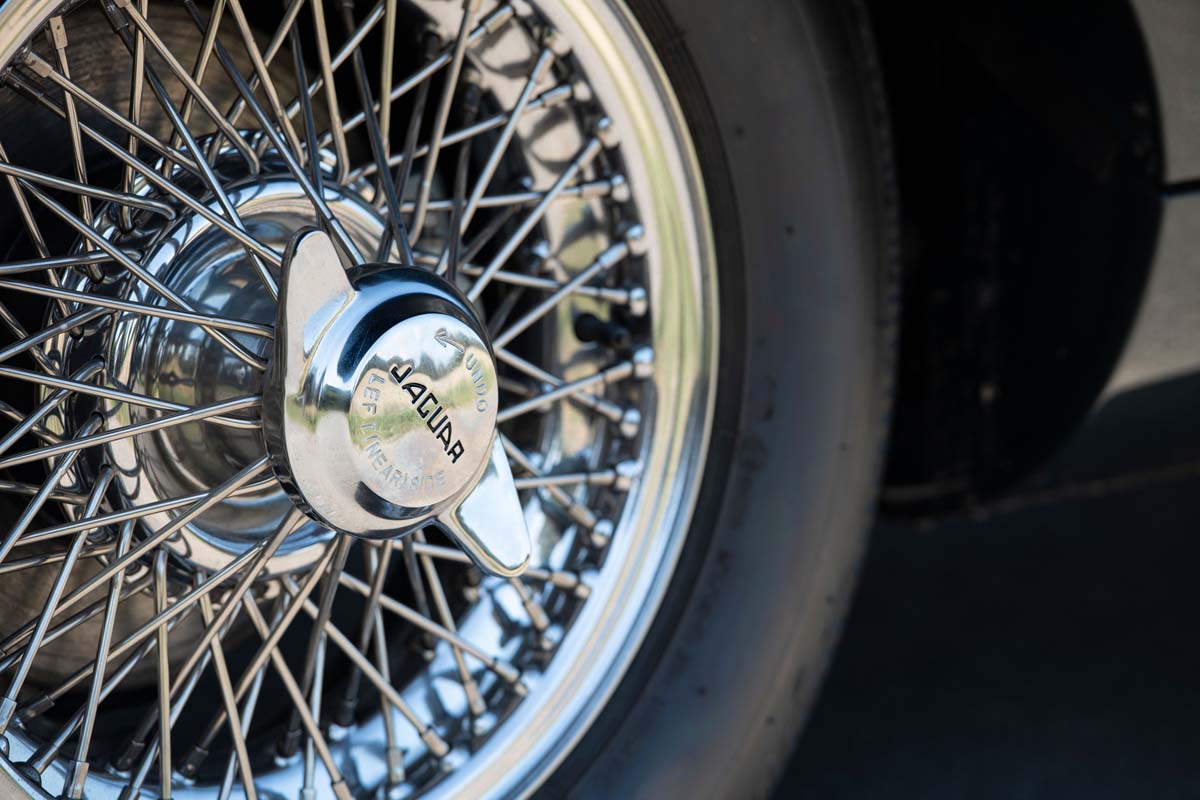 When an English motoring magazine was able to achieve similar numbers, it indicated that the 3.8-litre XK engine in 6162 RW had benefitted from a little “massaging” by Jaguar’s competition department, as such performance was far from the norm – around 220km/h was the maximum for a production E-type.

Beyond its press fleet work, 6162 RW was also used by Jaguar for various developmental studies.

Jaguar’s long-serving test driver, Norman Dewis, reportedly used the car for high-speed and suspension testing. The car also served as a test mule for less performance-oriented considerations, including several interior refinements that really made it a one-off. 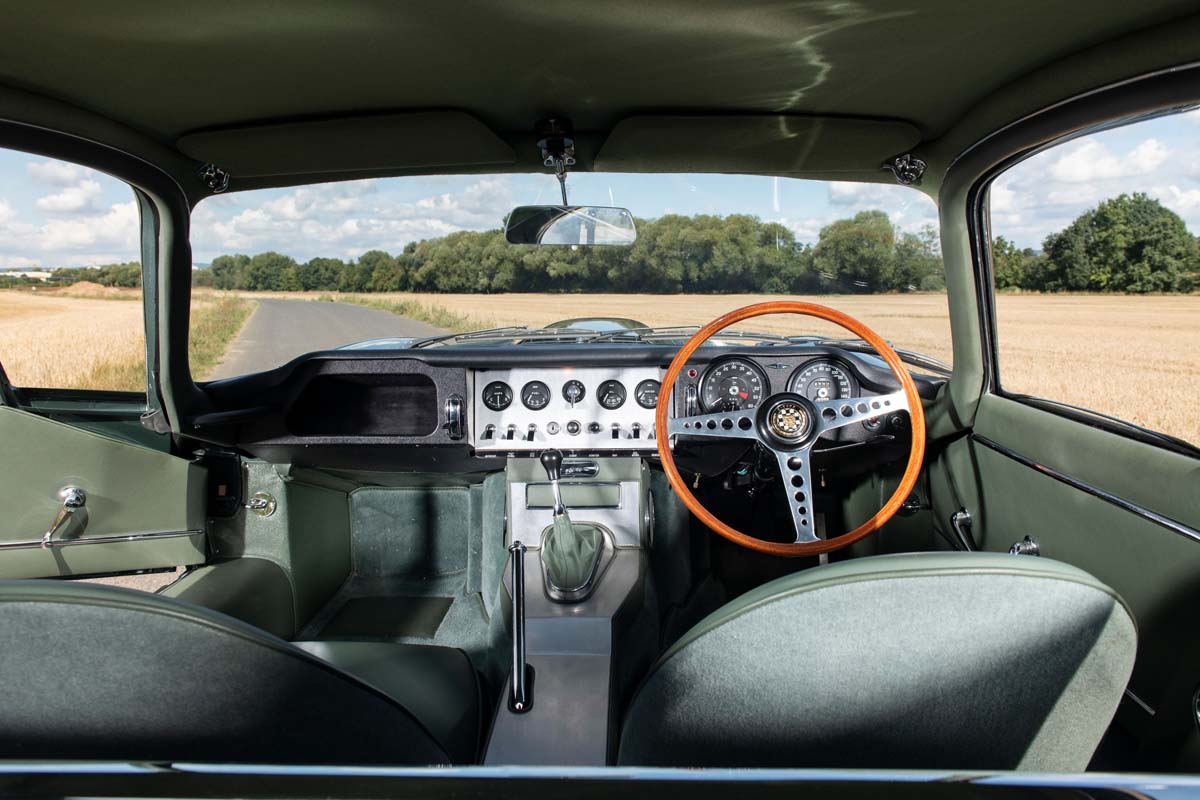 These include a lowered floor on the driver’s side to better suit taller drivers, while the standard-production ‘flat-floor’ seen on early E-types remained on the passenger side. The rear bulkhead was recessed and the seats modified for the same purpose. 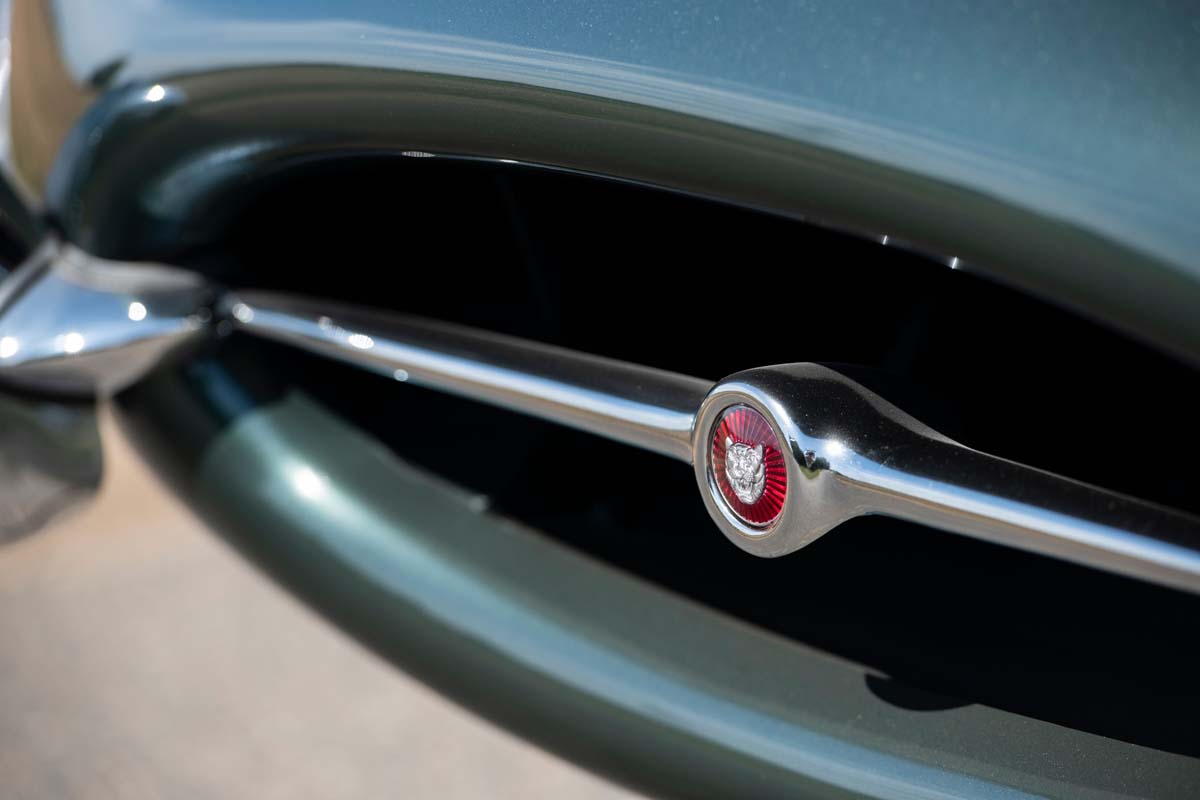 Further interior modifications included repositioned pedals and rerouting the ventilation system to divert warm air away from the cabin. The reversing light was repositioned to between the exhaust pipes, modified door and boot locks were fitted and an internal bonnet release latch was added.

Into the Wild, onto the Concours

Most of these features would have been unknown or considered unimportant when 6162 RW left Jaguar’s ownership in November, 1963. 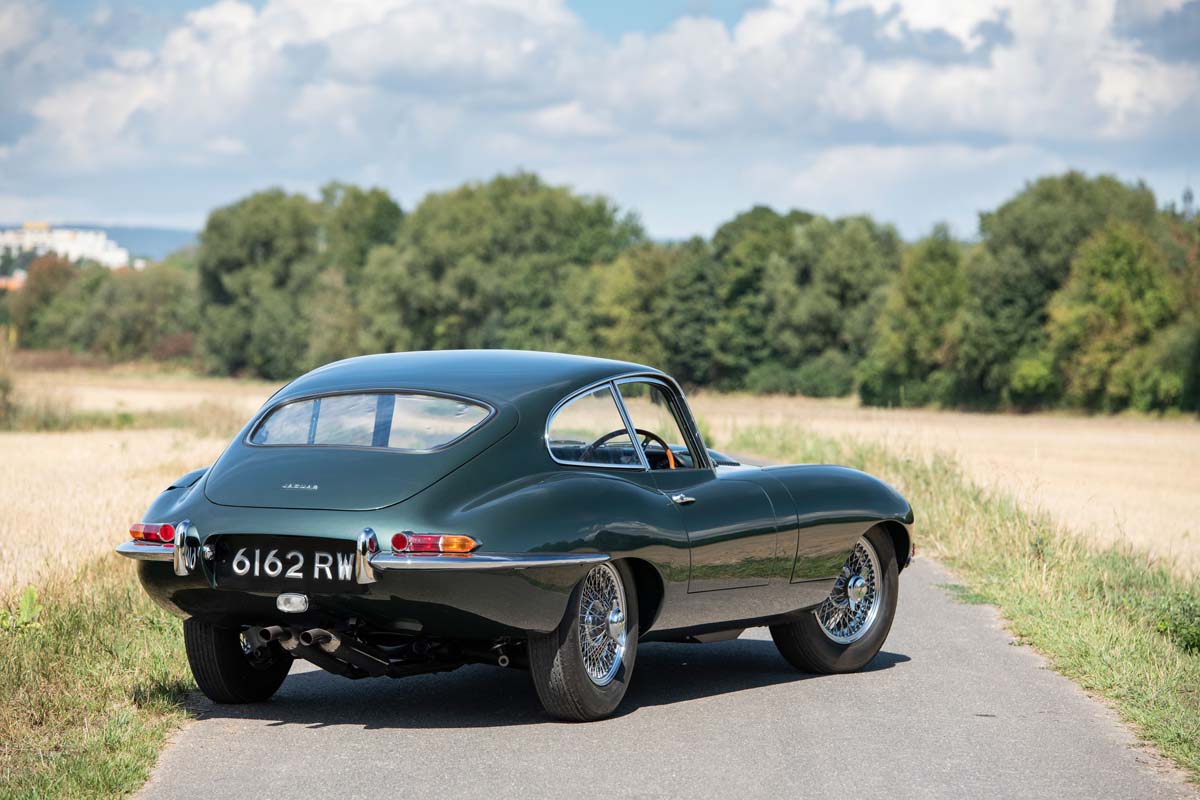 Sold to Coombs of Guildford, a company which dealt in ex-demonstration and press fleet Jaguars, 6162 RW went to its first private owner soon after and has stayed in the UK since.

In the 1980s, the then owner of 6162 RW was piqued enough by its unusual combination of details to write to Jaguar seeking more information on its history. 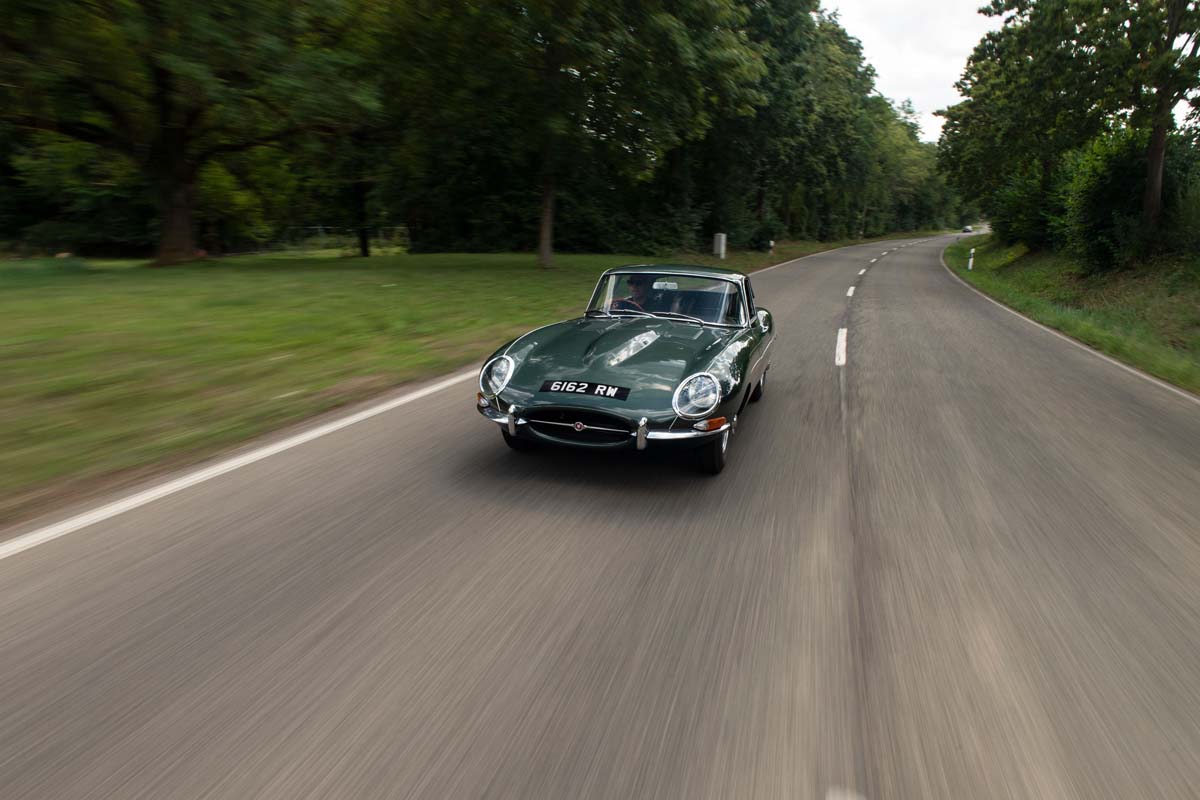 As the car’s significance grew with time, its value was considered great enough that it was subjected to a full restoration in 2008, the work entrusted to JD Classics in London. Taking a full four years, the no-expense-spared restoration preserved features like the matching numbers engine and, more importantly, all the factory modifications that made the car unique.

Following completion of the restoration in 2012, 6162 RW featured at premium concours events like Salon Privé and Villa d’Este, then dropped out of public view before resurfacing ahead of RM Sothebys London auction this past October.

The first online-only auction to be conducted by RM Sothebys in London, the October sale saw mixed results. Blame COVID or the unfamiliarity of the online format to some of RM Sothebys usual clientele, but several cars went unsold, including 6162 RW, which came with a somewhat ambitious guiding range of £395,000 - £495,000 (AU$700,000 – AU$885,000 approx.).

Given 2021 marks a milestone for the Jaguar E-type, don’t be surprised if 6162 RW surfaces again at anniversary events or another classic car auction this year.

Thanks to RM Sotheby’s (rmsothebys.com)