Not every post-war MG was a sporty two-seat roadster…

While some car enthusiasts bemoan the ‘badge engineering’ undertaken by BMC in the 1950s, ‘60s and ‘70s, the platform sharing did result in some interesting cars that may not have seen the light of day otherwise. 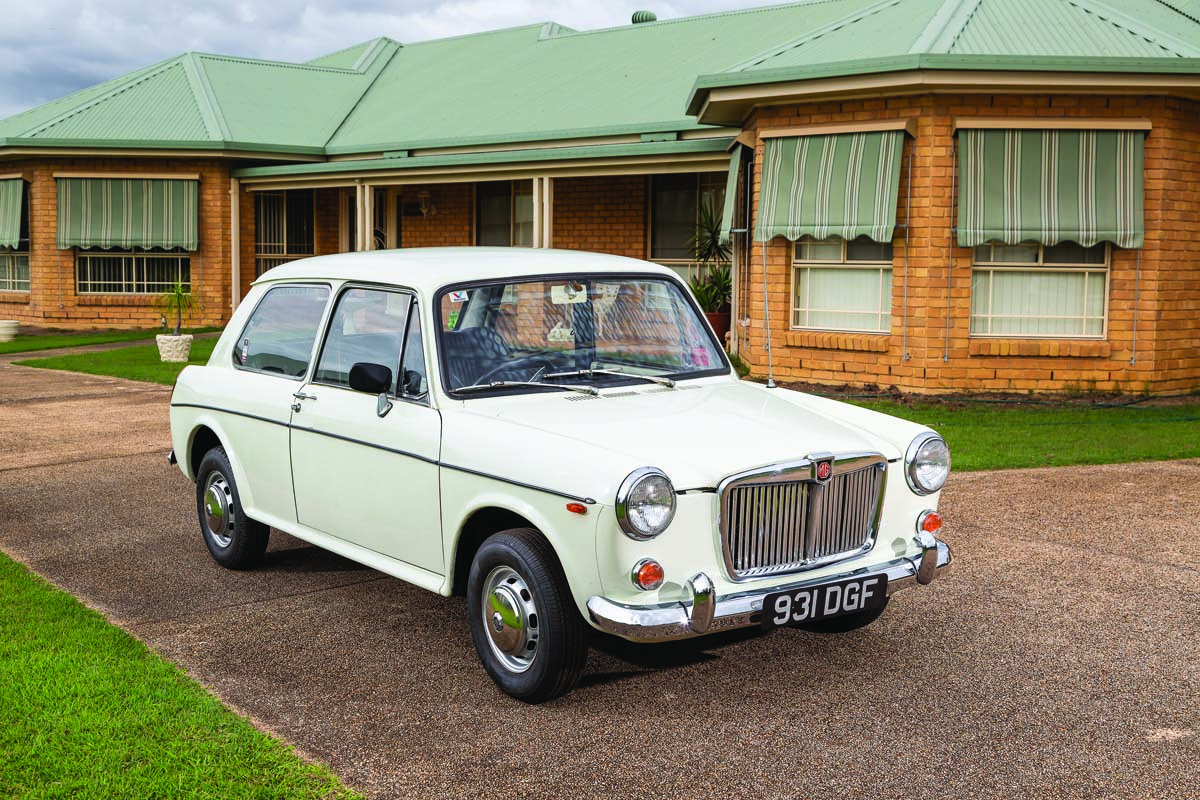 As the “sporty” member of the BMC family, MG was always likely to get a variant of existing Morris/Austin product, even though they had their own marque-specific cars that included the MGA and MGB.

The first release under the BMC umbrella was the Magnette from 1953, replacing the Y-Type saloon and sharing most of its componentry with the previously-released Wolseley 4/44. While it looked like a Wolseley, the Magnette was the first car to use the B-Series engine that would power the MGA amongst other BMC offerings.

With this pattern established by the 1960s, it was no surprise that, when the Morris 1100 debuted in 1962, an MG version was released shortly after.

Unimaginatively named MG 1100, the MG version of the Morris 1100 was more than just an MG badge and grille, though. 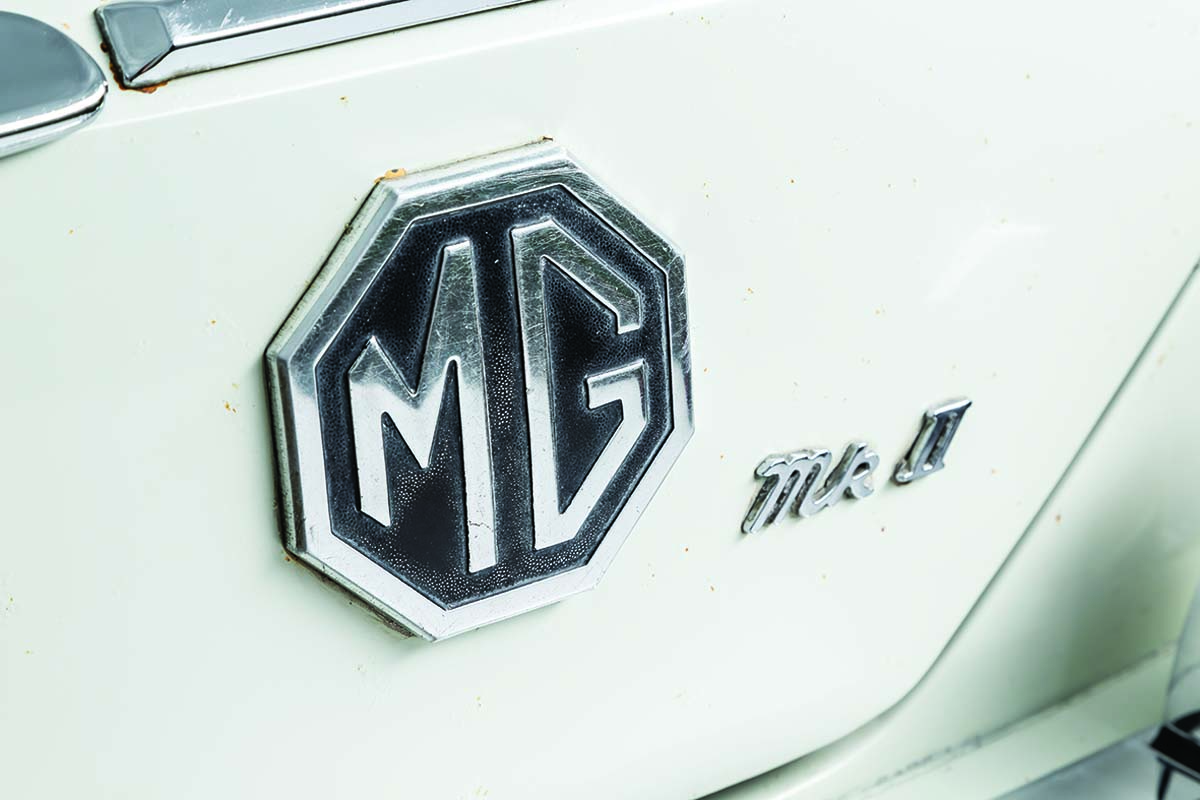 As many would know, the 1100 was an expansion of the concept that had spawned the Mini the previous decade. Namely, a front-engined, front-wheel drive car with wheels at all four corners and interior space belying its exterior dimensions.

Known internally as ADO16 (a label used to define the family since), upsizing the Mini concept to create the 1100 proved to be one of BMC’s greatest successes. As such, the ADO16 platform was spread to other BMC marques, with up to six different versions offered, from the humble Austin to the premium Vanden Plas Princess, with Morris, MG, Riley and Wolseley versions in between.

All used the same Pininfarina-styled body - in two- and four-door form - and innovative Hydrolastic suspension, with differences defined by badging and grilles externally, but extending to engines, transmissions and cabin trim under the skin.

A Morris 1100 was the first in this family to be released, even though all the ADO16 engineering was done at the Austin works in Longbridge. Curiously, an Austin version wouldn’t appear until almost a year later. 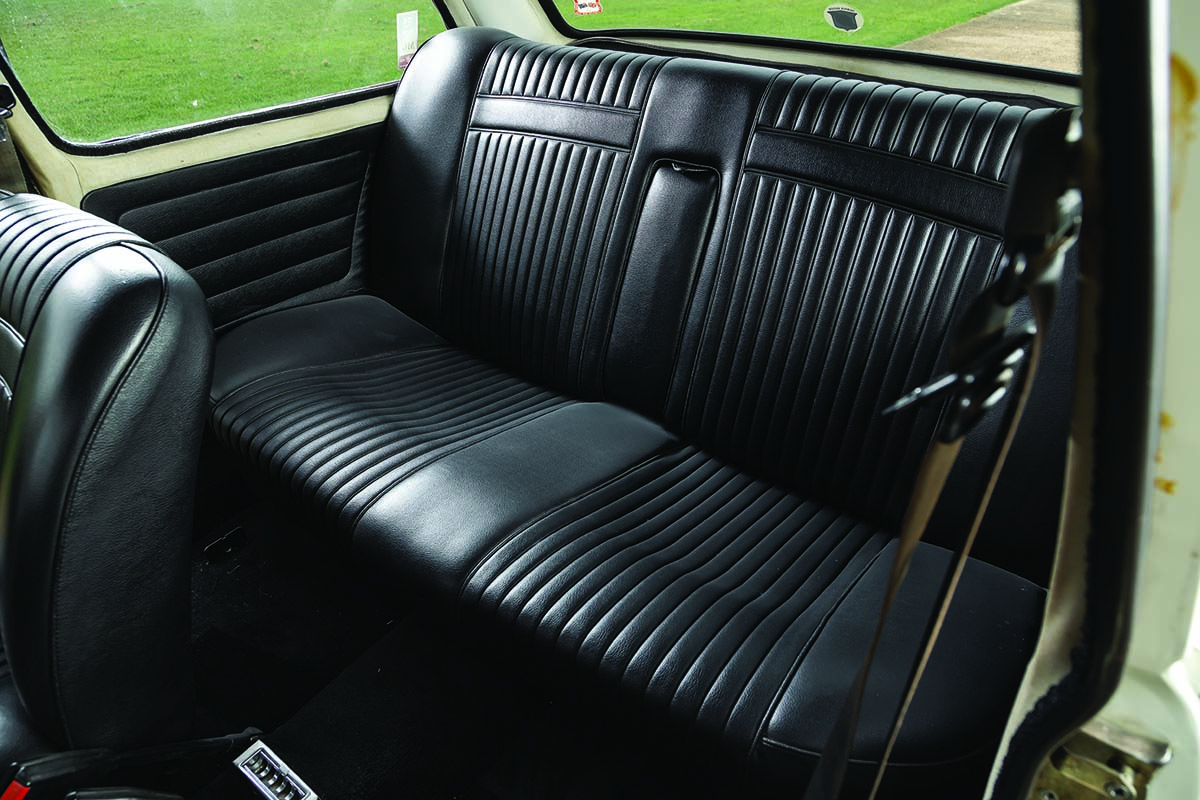 To the basic Morris 1100 body, the MG version added its own grille and bonnet. Inside, one would have expected leather seats, like the Wolseley and Riley, but the MG used the same vinyl seat trim as the Morris and Austin. There was a timber dash from 1963 onwards, but only the basic complement of gauges until a MkII version appeared in 1968, which also introduced other changes.

Brakes were improved by adding ventilated disc rotors, instead of standard solid rotors, to the front end, but what set the MG 1100 apart from the rest of the ADO16 family was a tuned version of the A-Series engine. 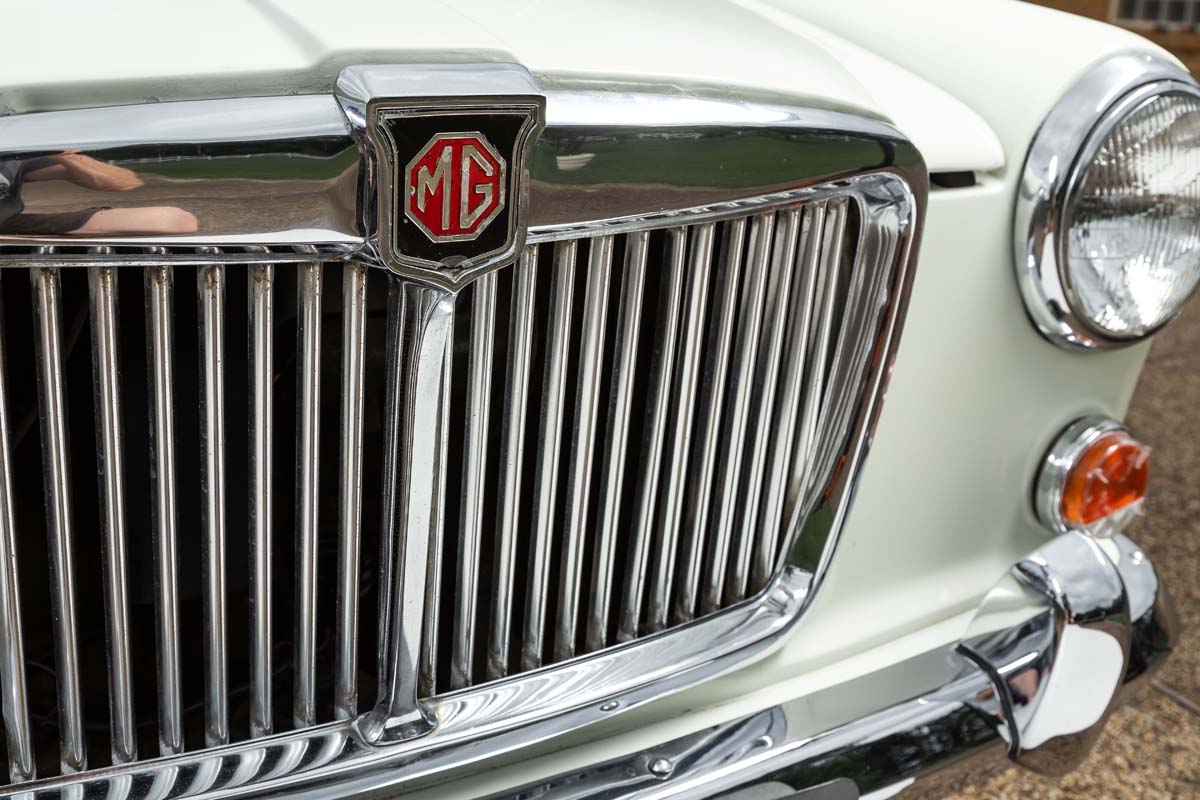 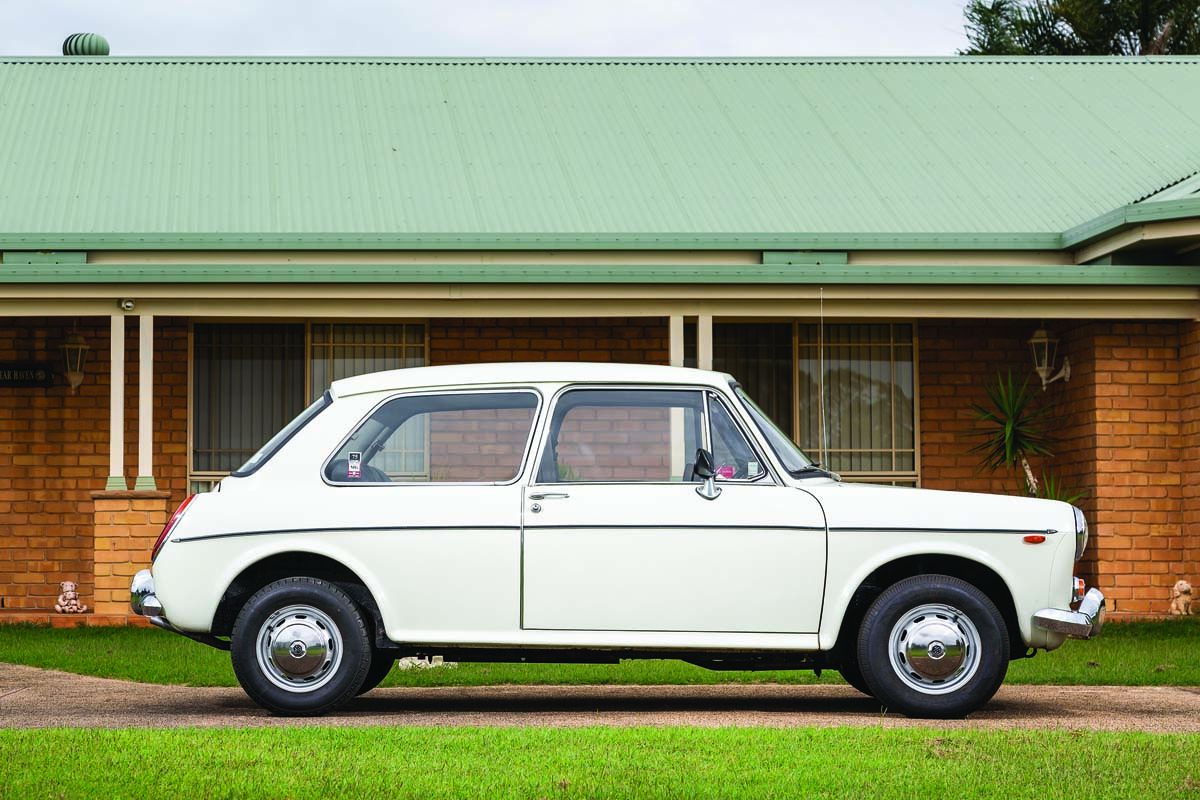 The MG 1100 debuted in October, 1962, just a few months after the Morris and at the same time as the MGB, which partly explains why the MG 1100 (and 1300 that followed) remains an obscurity, being overshadowed by its more famous sibling.

Another factor impacting the awareness of the MG 1100/1300, at least locally, was the fact it was never officially sold here in Australia.

The Morris 1100 was produced here, with some local modifications, from 1964 and was a big hit, winning the Wheels Car of the Year award a year later and only being outsold in its market segment by the VW Beetle for most of the ‘60s. Despite this, no plans were made to expand the local range, at least not in the MG direction. It seemed as if the Mini, in Cooper form, was thought to be a satisfactory offering for the sporty motorist.

Meanwhile, in the UK, the ADO16 was continuing on its merry way, with the major change to the MG version coming in late 1967 with the introduction of the MkII. 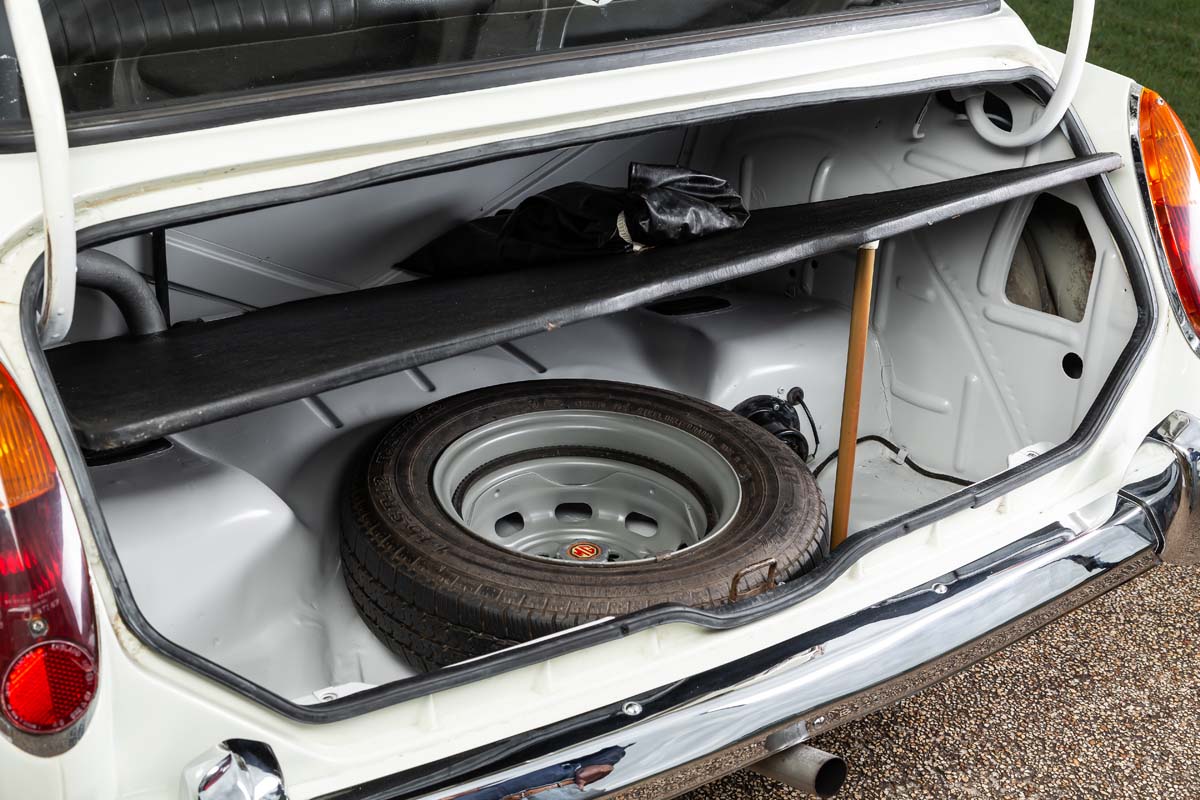 It gets a bit messy at this point, as while the MkII is widely regarded to be a ‘1300’ following the introduction of the 1275cc A-Series engine, this was also offered in single carburettor form on the MkI (ie. 1100) for a period.

The MkII MG 1100/1300 could be picked out externally by its cut-back tail fins, but more obviously by a two-door body style, which was a US market option initially, but became standard on the MG for all markets from early 1968.

In Australia, it’s even more confusing. As mentioned, the MG was never offered here in either 1100 or 1300 form, but they were exported to New Zealand and some of the units now residing here have come from across the Tasman instead of halfway around the world.

What we got instead was a Morris 1100 ‘S’ which used the 1275cc engine but still carried 1100 badging. That was replaced in 1969 with the 1500 OHC, an Australian exclusive that combined the MkII body with the 1.5-litre engine from the Austin Maxi. A hatch/wagon ‘Nomad’ version of this four-door sedan, with a large tailgate added, was also offered, but no MG. 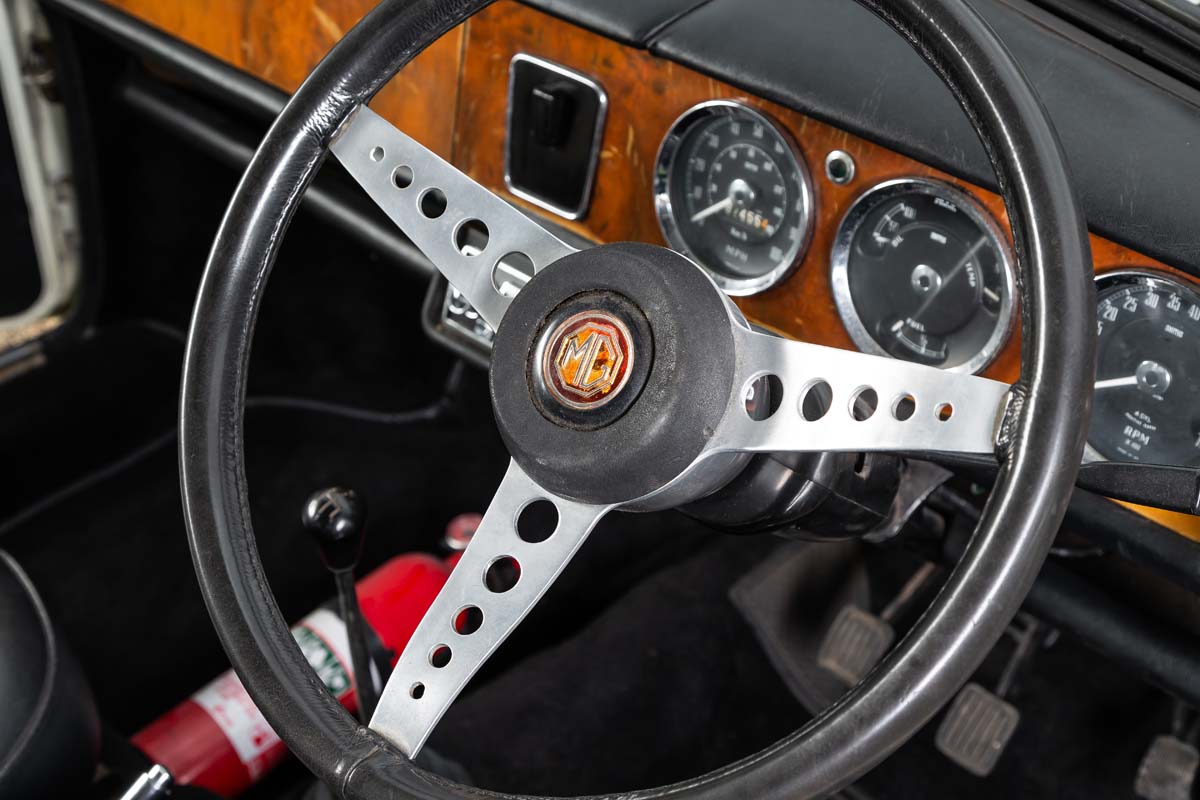 In the UK, the MG 1300 plugged away, with twin carburettors upping output from an initial 55bhp (41kW) to 70bhp (52kW), essentially Cooper S spec, while an all-synchro gearbox and radial tyres became standard.

The instrumentation was upgraded, too, with a tacho and other gauges more befitting an MG added. Some of these developments mirrored changes made to the MG B, but while the ‘B’ continued until 1980, MG 1300 production came to an end in 1973, with no replacement offered until the MG Maestro hatch of 1982.

An Affection for the Brits

The car featured is a 1968 MG 1300 and it came to our attention when it was advertised in JUST CARS last year by Kevin Goodwin. Obviously, being such a rarity, it caught our attention, but it wasn’t new to Kevin.

“I’ve always been into the English stuff,” Kevin explains. “My original car was an old ’51 Vauxhall. I started off restoring with some Minis and old Austin Tasmans, a couple of Triumphs. Then, I got into MGs.”

Prior to this car, Kevin had restored Morris 1100s and an MG 1100, which was a New Zealand-delivered example but was incomplete, in pieces and very rough when he got it.

“It had holes in the sides like a dog with mange,” Kevin laughed. “You could look through the bottom of the A-pillar and see the driveway!”

With a lot of the body on that car being too far gone to repair, Kevin sourced a Morris 1100 body and used the back end of it to match to the MG front end, then added the MG bootlid, which had the specific recess for UK numberplates and not Aussie-style narrow plates. A lot of welding later, the body was complete, while the engine, which had a damaged head, was rebuilt.

The MG 1300 shown here was in much better condition and belonged to a friend, so Kevin was well aware of the car before he actually bought it in 2015.

Blow Out and Brought Back to Life

Kevin traced some of the history of this MG 1300 and found it had been ordered from the UK for its first owner by a Sydney-based specialist dealer in 1969. It then went to a second owner on the Central Coast, then Kevin’s mate in the Hunter Valley.

“I was told, by a fella who used to work for BMC, that there were only two of these cars brought into Australia as new vehicles.”

The third owner’s wife had used the MG for hill climbing and, in the belief that a lower centre of gravity would help its performance, had drained some of the Hydrolastic fluid. However, when the rear suspension was put under load, this busted the trailing arms and blew out a couple of the Hydrolastic units.

“You couldn’t get new ones,” Kevin explained. “And what units you could get, if they had sat out in a paddock and lost their fluid, they got hard. And as soon as you pumped them up you got into trouble.”
Fortunately, Kevin had several hydrolastic units spare from his MG 1100 project, including those from the donor Morris 1100, so when his friend eventually agreed to sell it to him, Kevin had all the components he needed.

Given Kevin’s experience with these cars, getting the 1300 back on its feet was a straightforward task. Other jobs included fitting a new speedo drive and oil pump, some repainting, adjusting the ball joints and adding rubber boots to the rack and pinion steering.

Thanks to careful use and storage by previous owners, there was no major rust in the body, so that saved some work.

The car was completed and ready to go four years ago, but, for a number of reasons, Kevin never got around to driving it, nor registering it, so decided to put it up for sale last year.

After advertising the car with JUST CARS, Kevin sold it this past February to a buyer out of Mackay in Queensland.

“He was talking about a Mini Cooper S that he’d been looking for. And then he spotted this and thought it was more unique,” Kevin recalled.

With COVID border closures looming at the time, the buyer loaded the MG without taking a test drive or even looking inside, keen to get back into Queensland before the border slammed shut.

“I drove it on, helped him tie it down and he took off out the gate and that was it,” Kevin chuckled.

As he’s now 86 and dealing with some health issues, Kevin is not looking to take on a project of the magnitude of what he’s completed previously, but would like to put another classic into the garage, even if it needs a bit of work.

“What I would dearly love would be a Vauxhall Velox ute to restore,” Kevin explained.

So how about it, readers. Can you make Kevin’s Vauxhall ute dreams a reality? If you think you’ve got something suitable, get in touch with us and we’ll pass your details on.