In 1984 Ford South Africa created its very own performance Sierra exclusively for its own market. Only 250 of these Mustang V8-powered rarities were made, and this is one of possibly just two to have made it to Australia.

For most Australians, the Ford Sierra story starts and ends with the flame-spitting touring cars that terrorised our racetracks in the late 1980s.

Steered by greats such as Brock, Moffat, Johnson and Bowe, these European Ford imposters dominated two Australian Touring Car Championships in 1988 and 1989, including Bathurst titles in both of these years. 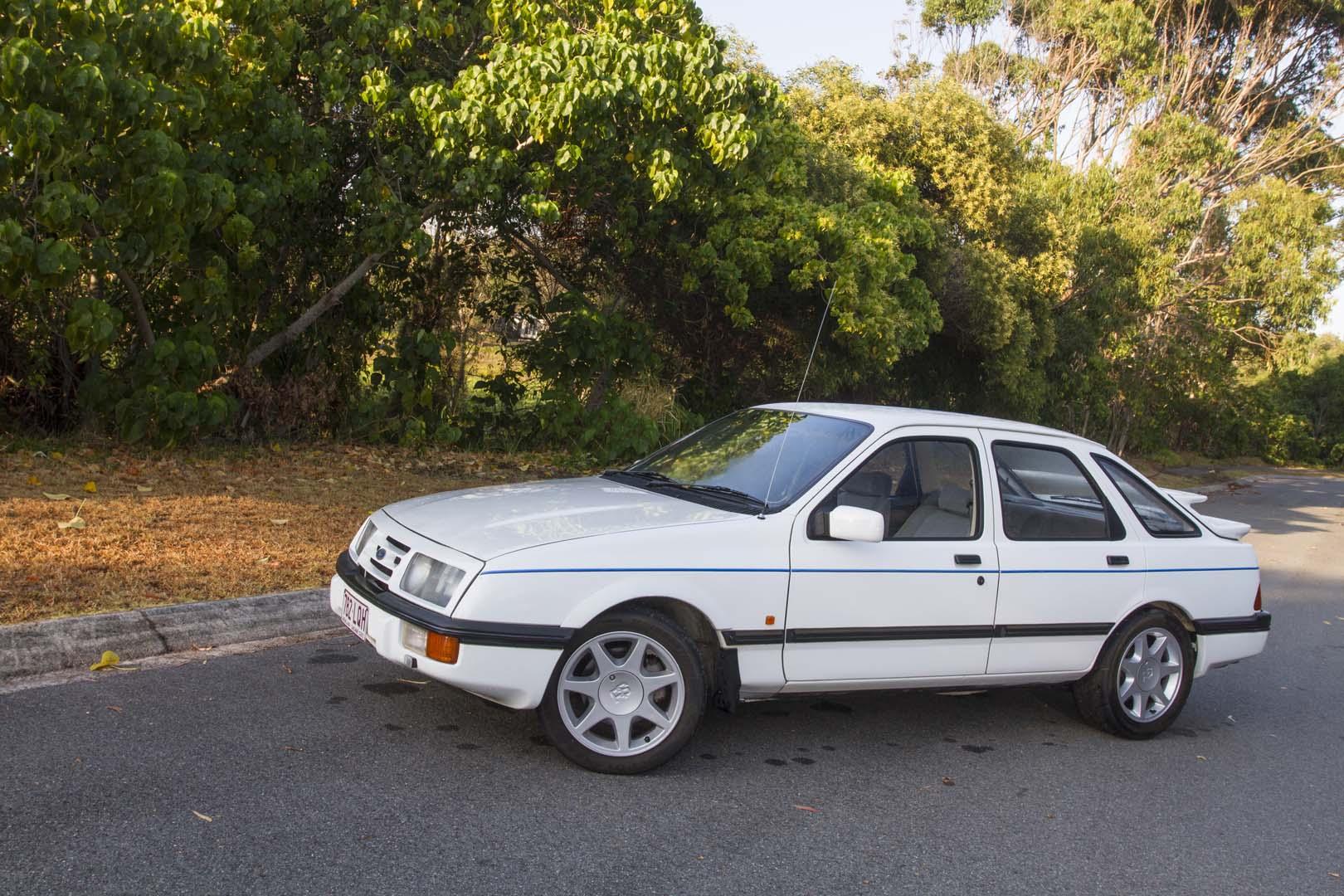 On the Sierra street car front, Ford and performance aficionados should be familiar with Europe’s turbocharged RS Cosworth of 1986, while the 1987 RS500 version – built for Group A homologation purposes – have become icons of huge value.

The fact just 500 RS500s were built adds to its legendary status, and a small number of these 165kW hero Sierra road cars have found their way to Australia from the UK over the years. 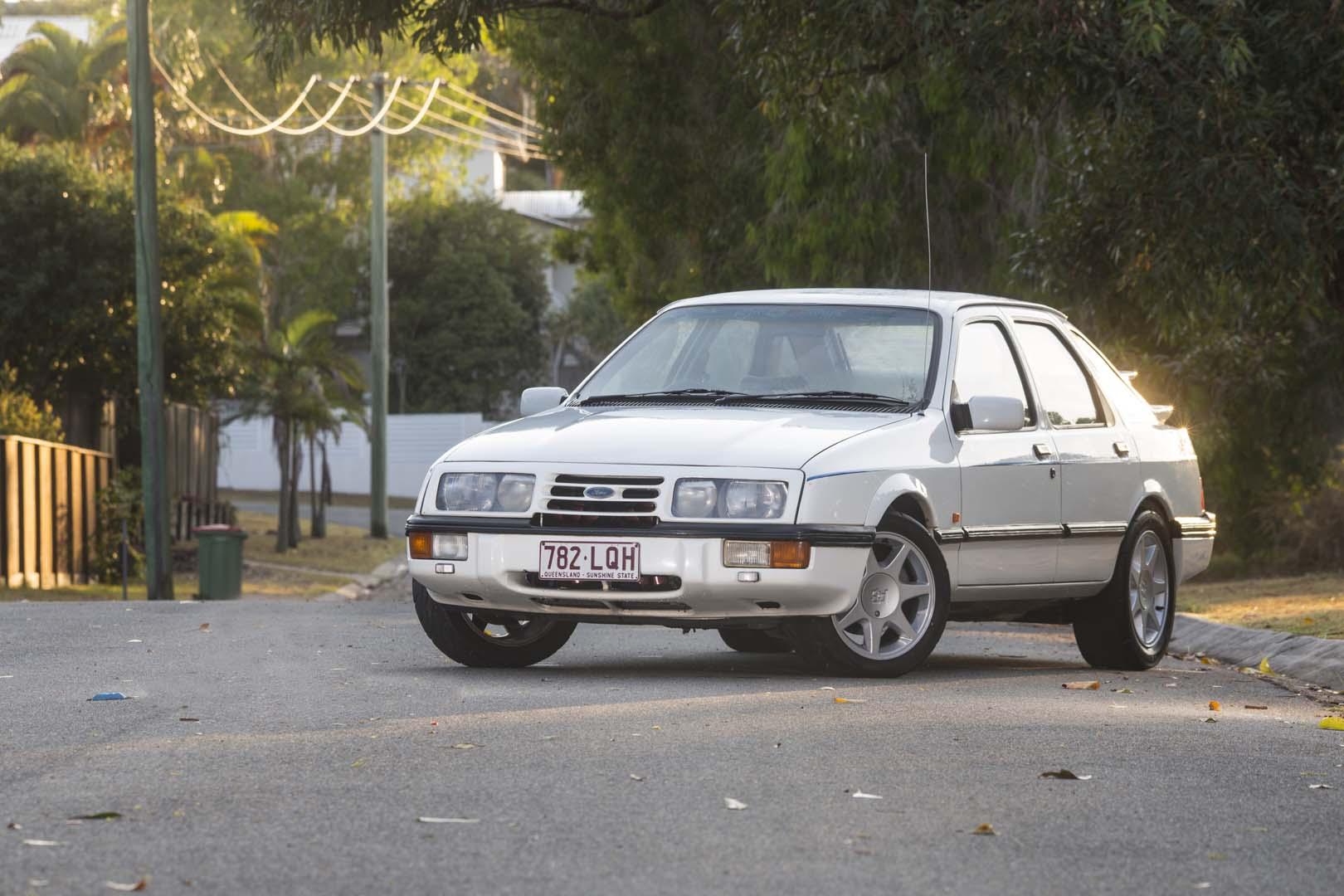 But these be-winged performance family cars can’t claim to be the rarest street legal Ford Sierras roaming the earth. 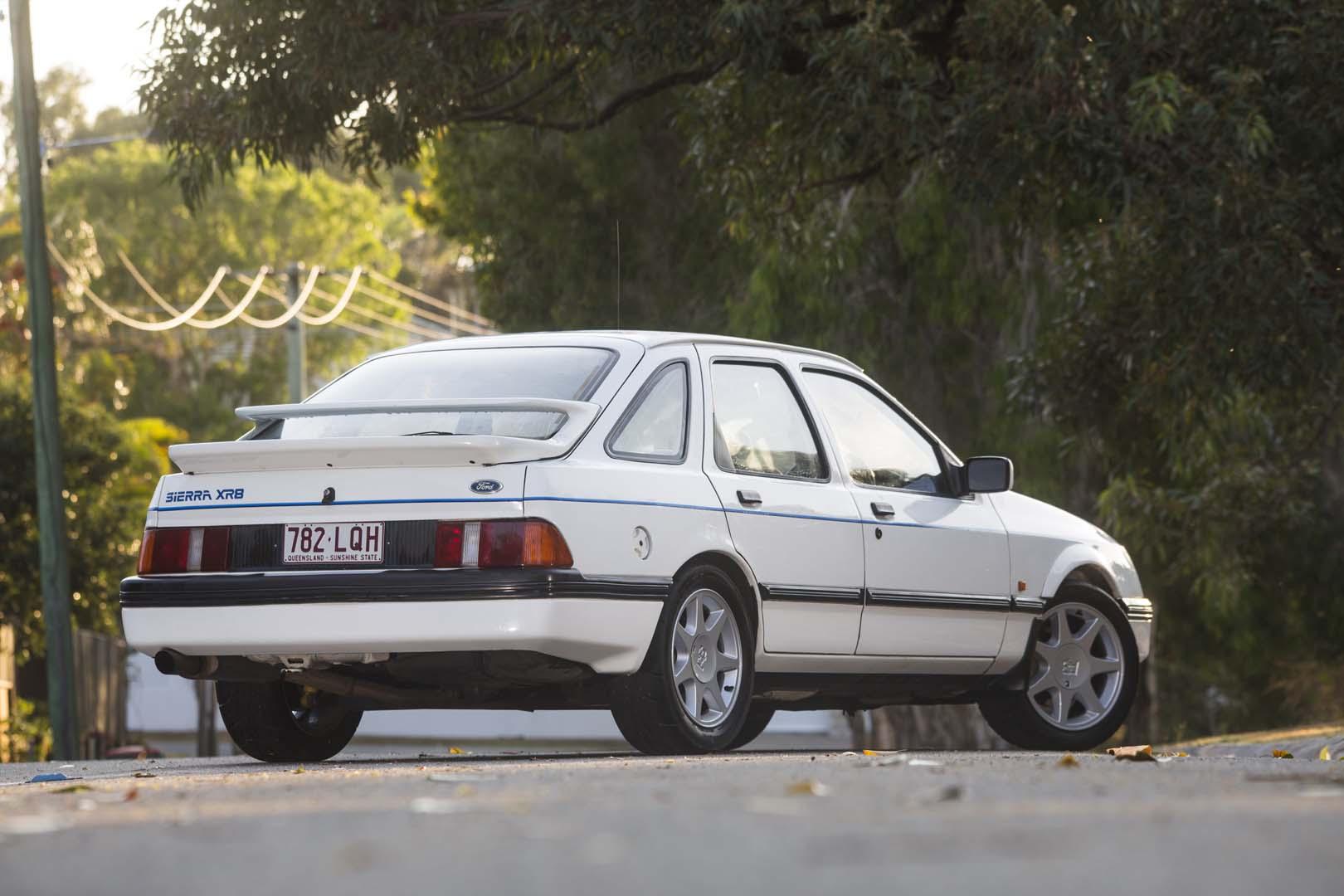 Australia Bound
The XR-8 badge may be familiar to Aussies, but not attached to the rump of a humble Sierra.

And you’re unlikely to ever see one cruising the streets accompanied by that familiar V8 burble, as the owner of this Sierra XR-8, Keith Maricich, reckons his is one of only two in Australia.

“I believe from the 250 built in South Africa that 50 went to the UK,” he said. “There’s no definite number of models that have survived, maybe only three dozen left in existence.

And only about ten or 12 that have remained original and not been modified.” 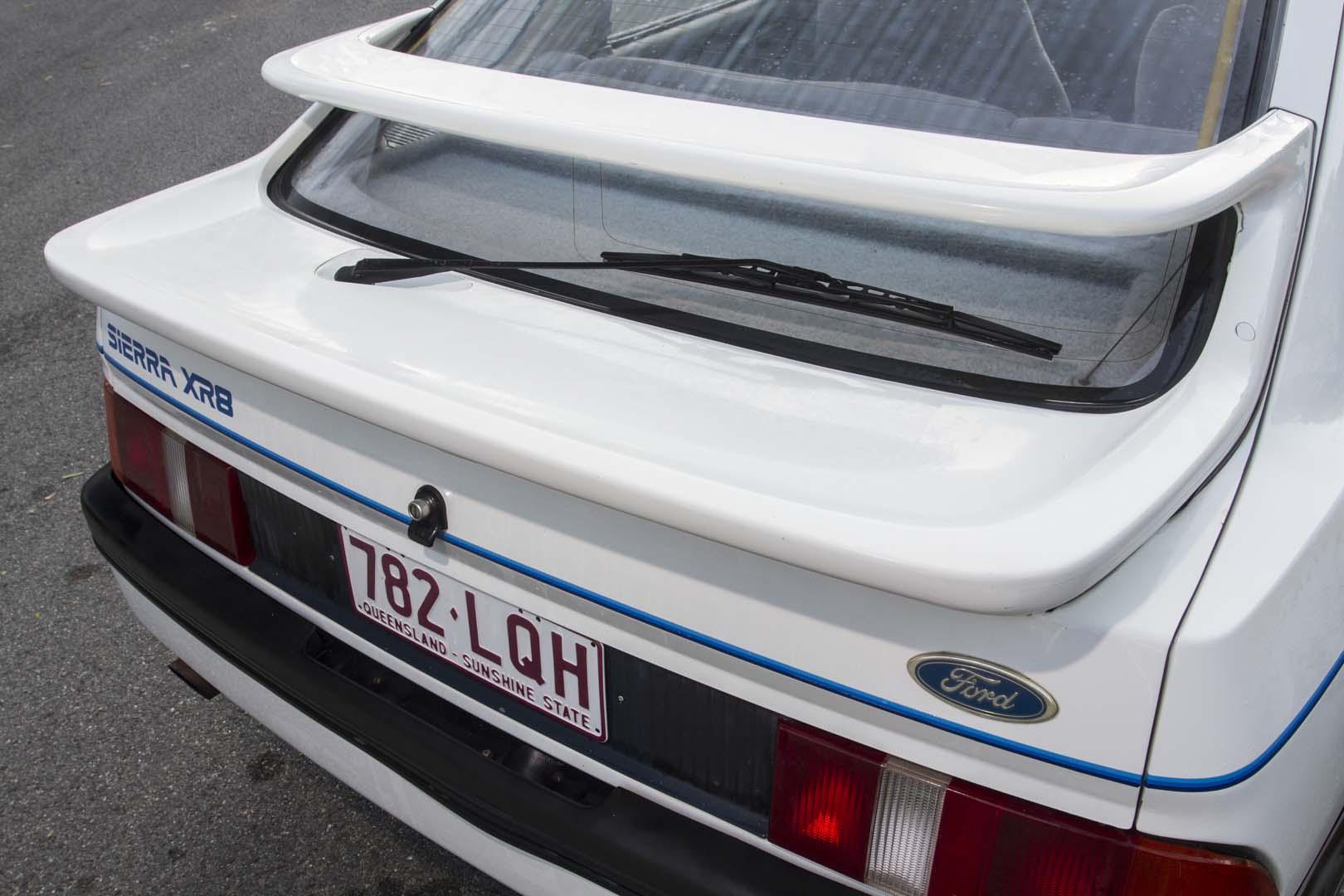 Keith owns and runs a bike shop, Trilogy Cycles, in Noosa on Queensland’s Sunshine Coast, the town where, quite incredibly, the second Australianised Sierra XR-8 also lives. “I was working in the shop one day and heard a very familiar V8,” he said.

“The Sierra XR-8s have a distinctive note and I watched in disbelief as it drove past and parked up. I ran after it, spoke to the owner and he was an old customer from back in South Africa. I couldn’t believe it.” 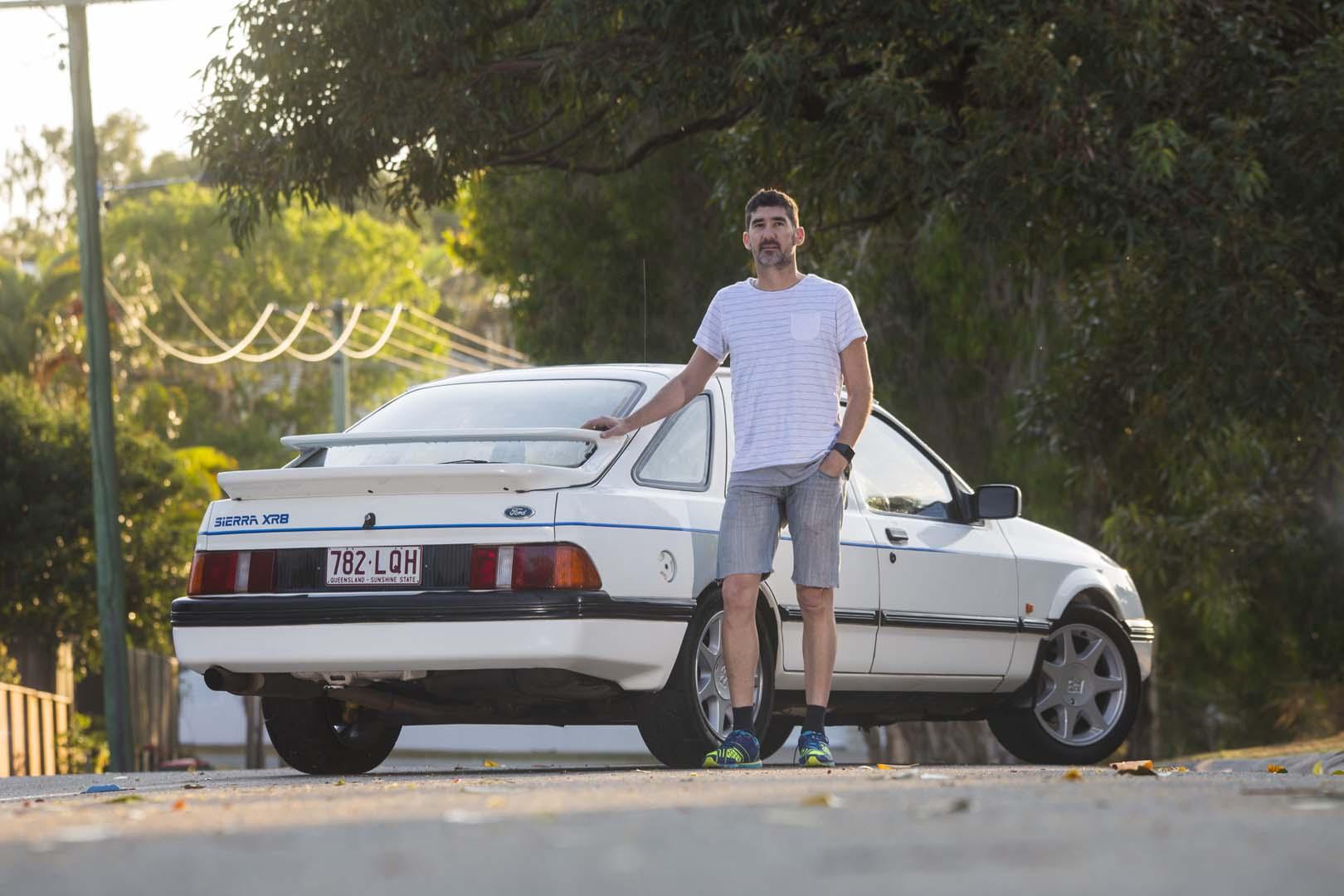 Range Hero
So what’s the story behind these unusual and fascinating bent-eight Fords? The Sierra was your common-as-muck family car in parts of Europe and South Africa back in the 1980s, and a flagship model was required for each market.

Europe had the hot (for the time) Sierra XR4i with its three-door body and a 2.8-litre Ford Cologne V6 engine, but neither motor nor body shape were available in South Africa. 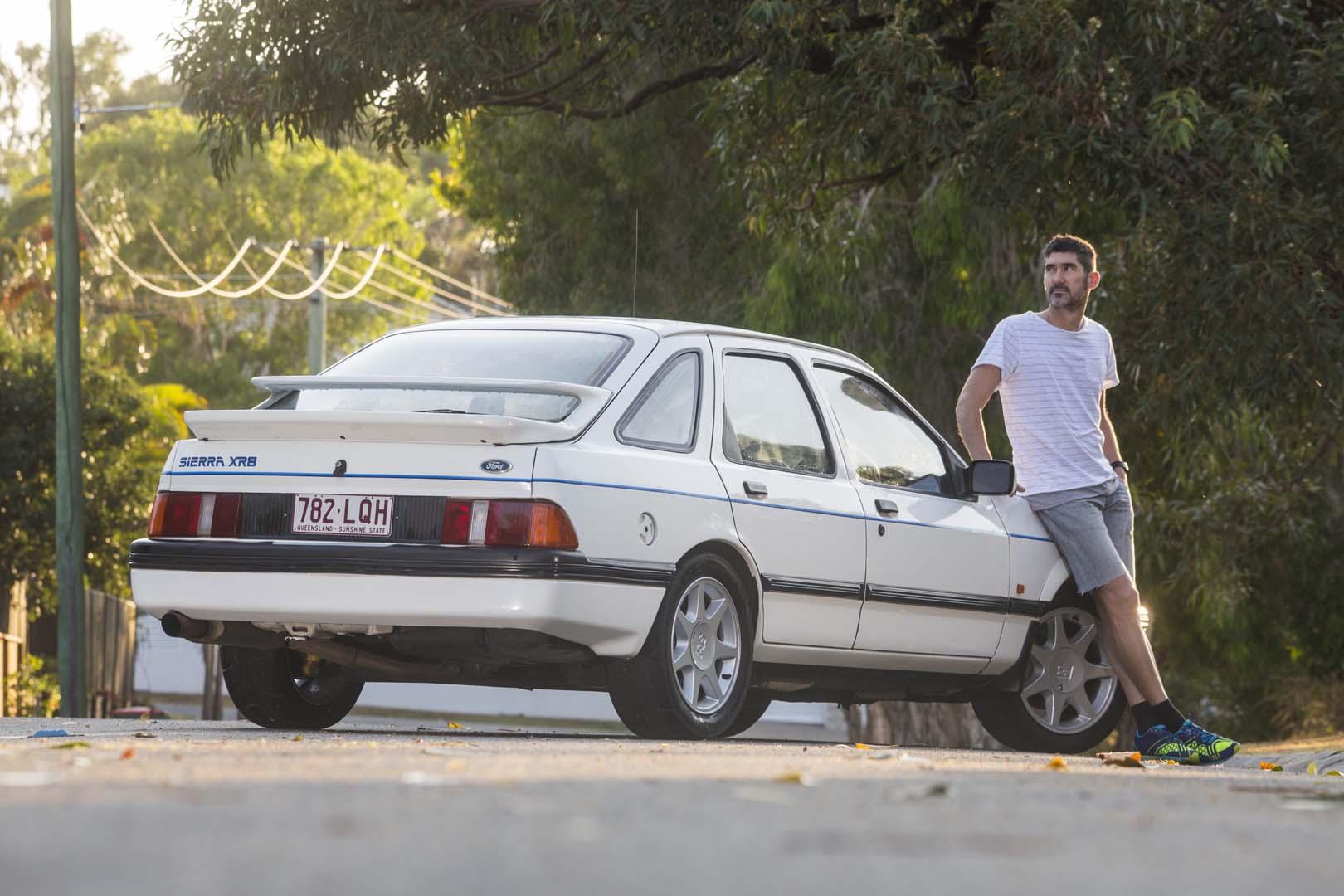 Importing these wouldn’t have been clever financially, so Ford South Africa put a 3.0-litre Essex V6 in a five-door shell and called it the XR-6. Even so, this hardly had the muscle to get boy racers excited.

What they did have easy access to was a 5.0-litre (302 cu in) small block V8 engine from the Ford Mustang. Time to marry them up.

To take the Sierra Group One touring car racing in South Africa, 200 five-door XR-8s had to be made to satisfy homologation rules. 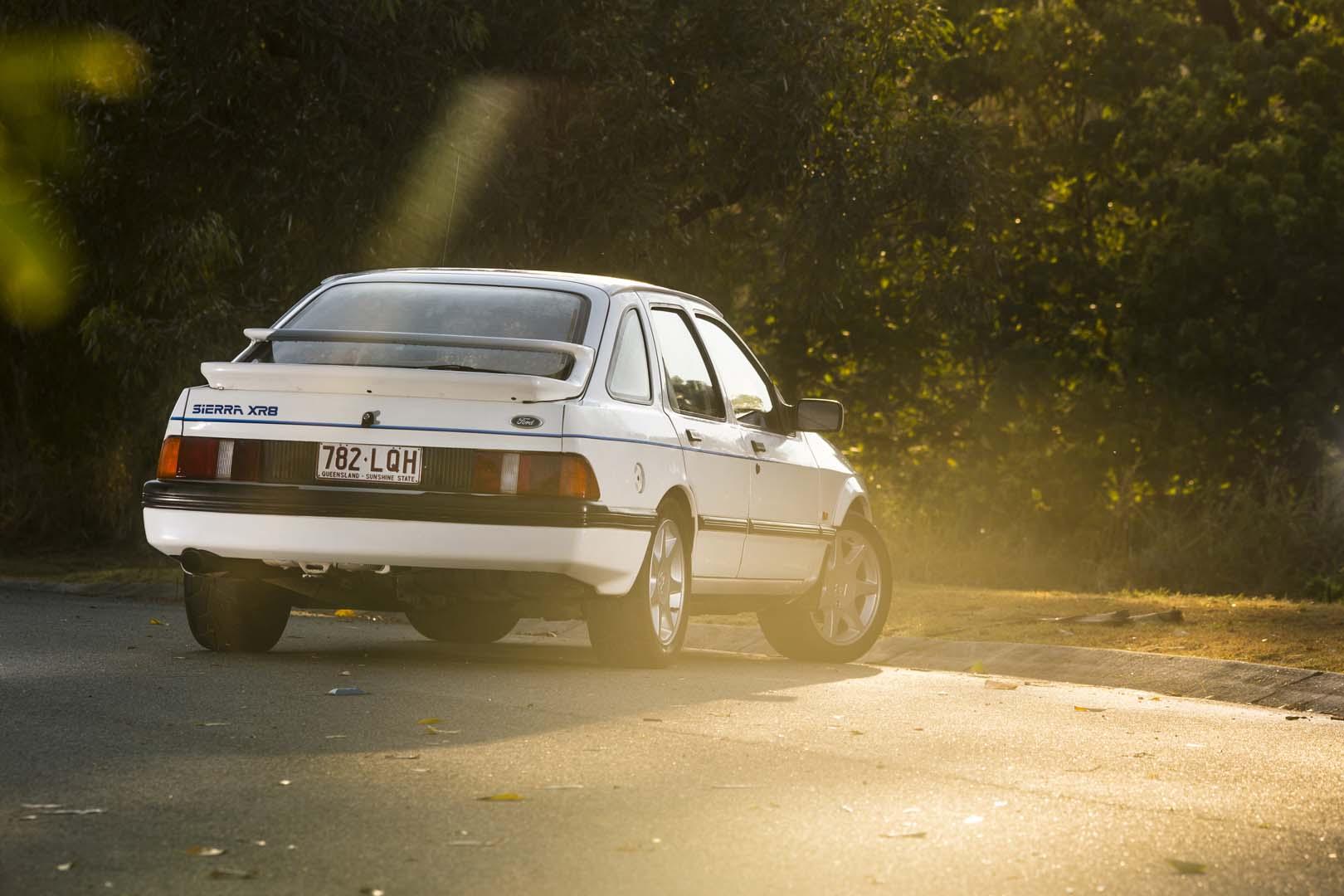 Impressively, these 200 were built before the car ever hit a racetrack, and Ford made another 50 for good measure. Also to Ford South Africa’s credit, they didn’t go bonkers with shouting about the special nature of these cars.

All 250 came only in white with the body’s lower trim painted Ford Motorsport blue (Keith’s was repainted white), while a subtle tri-blue strip runs along the flanks and boot.

Here you’ll find the only XR-8 badge, while above that the only real extrovert clue to the car’s performance nature: the bi-plane rear spoiler borrowed from Europe’s XR4i. 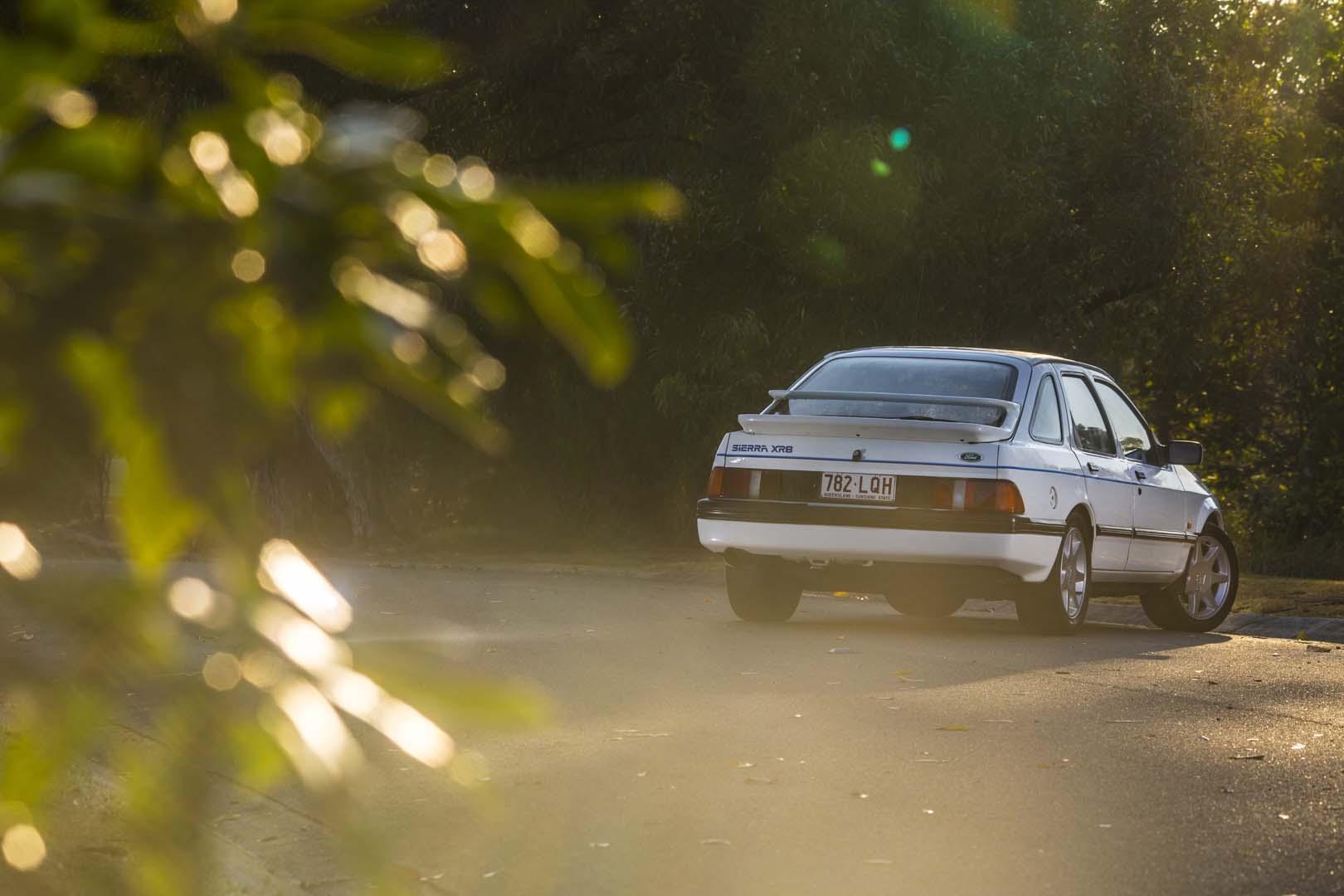 Up front your main visual clue to this being a special Sierra is the unique grille between elongated boxy headlights.

Normal Sierras simply had a smooth front here, but four cooling slats were required to funnel more air in the direction of the now stuffed engine bay.

In order to fit the Mustang V8 under the bonnet the engine-driven fan had to be replaced by two electrically operated items, and the slatted grille was extended further forward to accommodate.

The nose looks more purposeful than a boggo Sierra as a result, but in no way “I’m a performance weapon” shouty. By all accounts, the XR-8 is something of a sleeper. 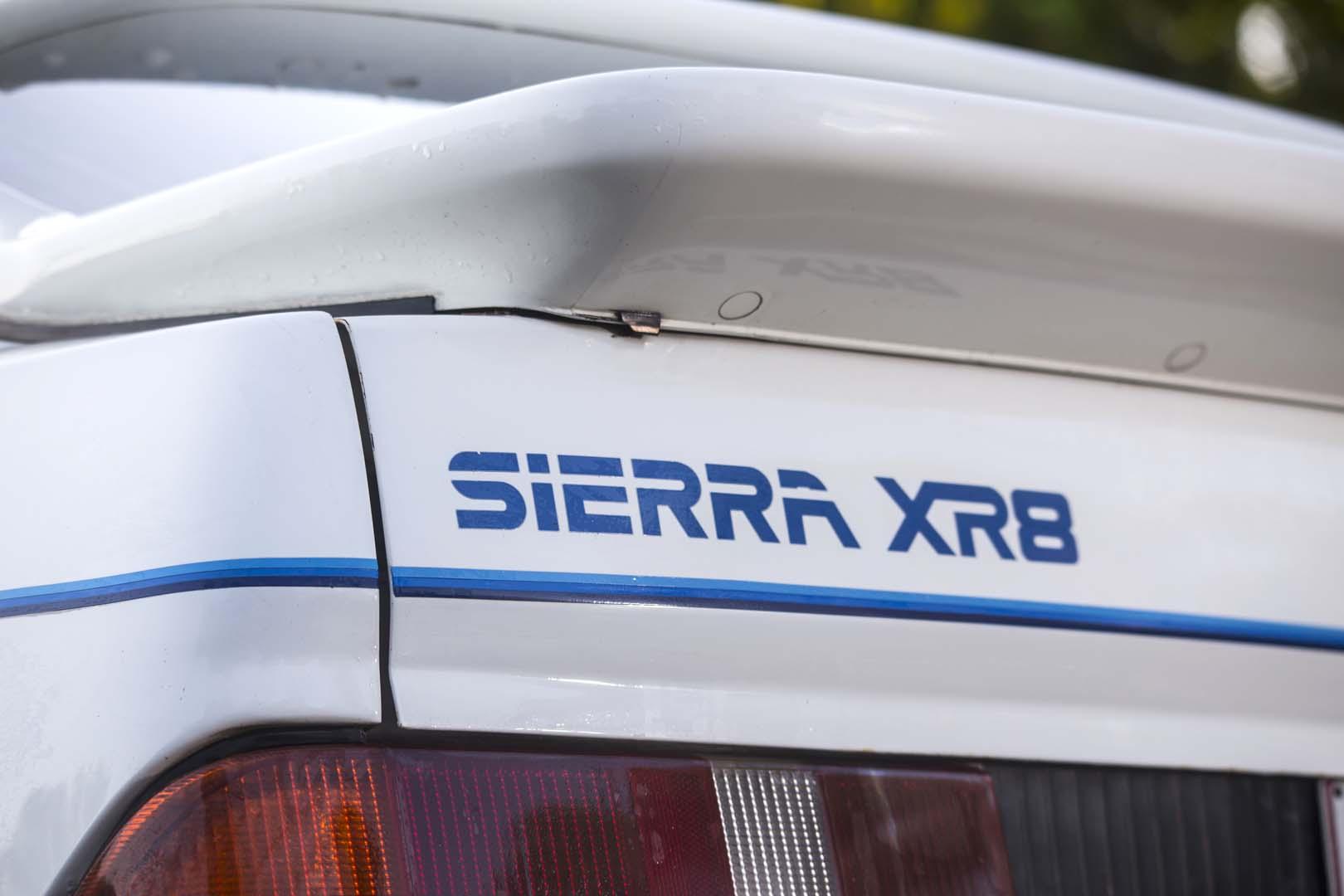 American Heart
By modern standards it’s not an overly powerful or quick car, but the XR-8 is a well-sorted high specification road and track tool flush with ability.

The 5.0-litre Mustang pushrod lump is good for only 161kW at 4750rpm despite its displacement, but peak torque of 374Nm at 3250rpm is a bit more grin inducing. 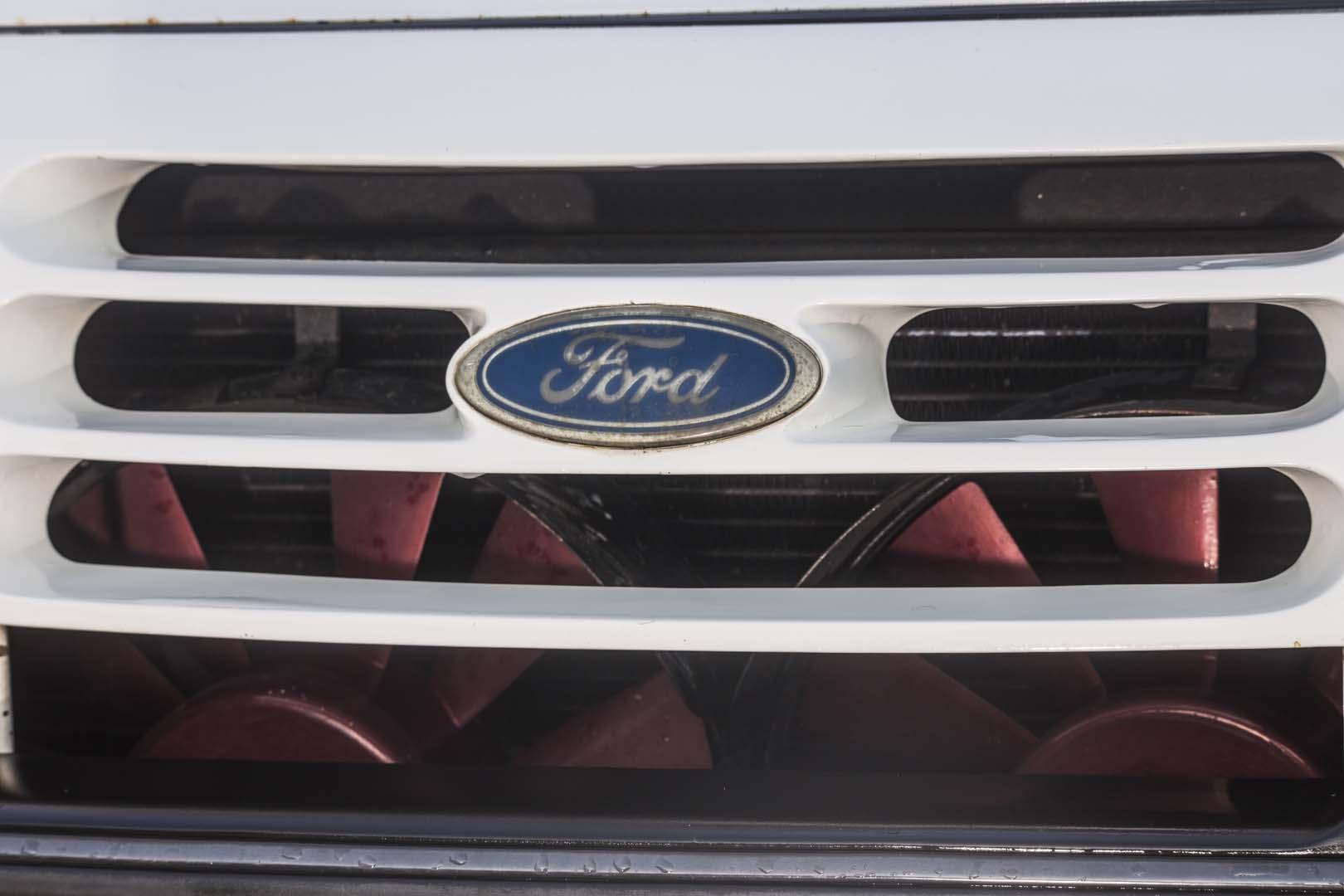 The bigger motor only meant an increase in weight of 30kg over the Sierra XR-6 (XR-8s tip the scales at 1269kg), while the power was sent through quite small and skinny rear wheels; 6x15-inch Ronals shod in 195/60 tyres. Cue plenty of tail-out action when provoked then.

Gearbox is a Borg Warner T5 five-speed manual, and Keith’s added a Hurst short-shift kit and white gear knob to his.

Brakes are serious AP Racing four-pots gripping 280mm rotors up front, while Keith’s done away with the standard independent McPherson front suspension and uprated to a Bilstein coilover kit. 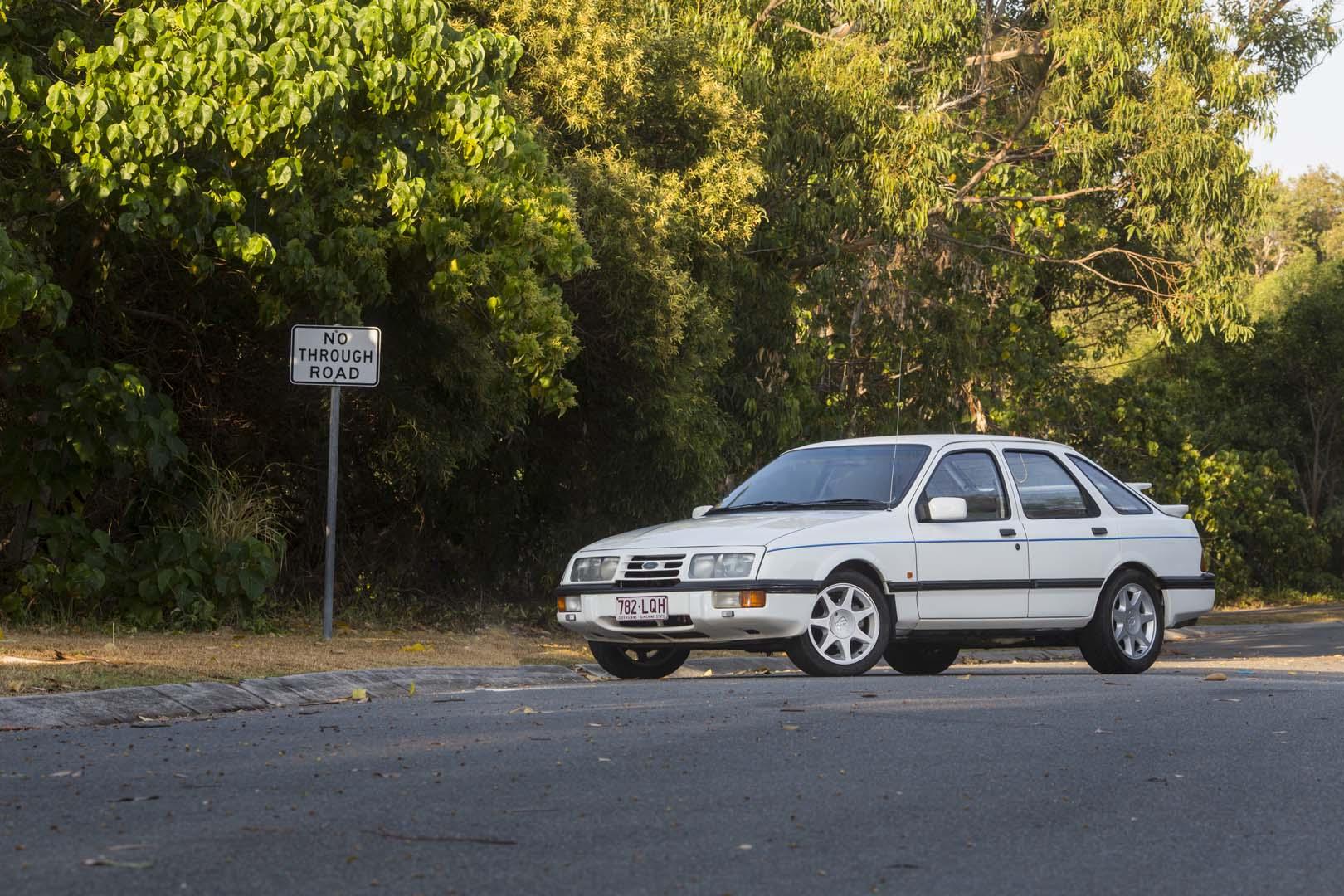 The standard XR-8 independent rear end remains, and is some 40% stiffer than a normal Sierra’s. 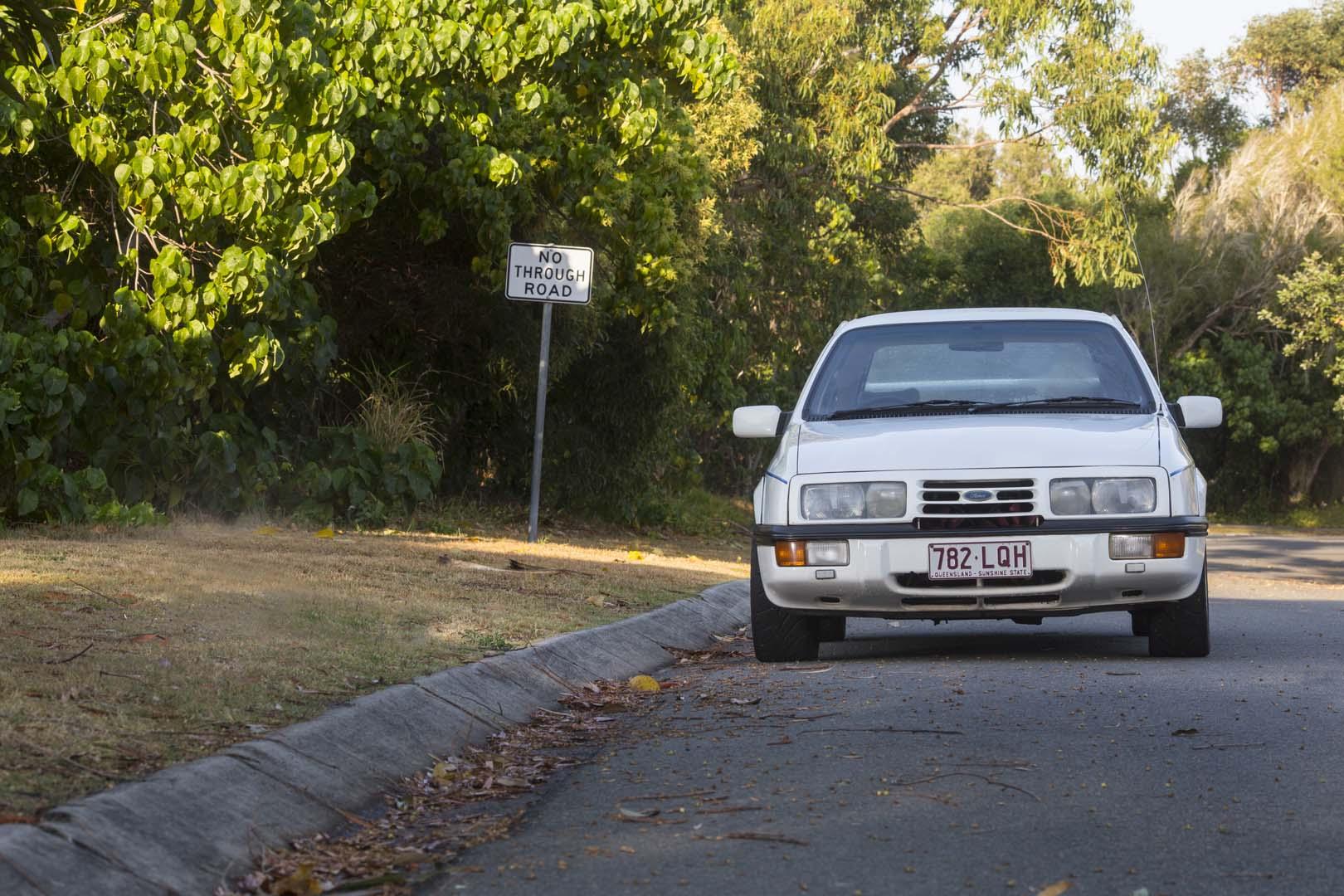 While the Sierra XR-8 is a bit of an unknown on our shores, Keith said in South Africa it commands a lot of respect, not least because it’s the only V8-powered Sierra to run off any Ford production line globally. So how did he manage to get hold of one of these desirables?

“Growing up mum had the Sierra XR-6, but we were certainly a V8-orientated family,” Keith said. “I went into partnership with my dad and a mate, Swanny, running a V8 shop retailing body parts, spares, engines and the like. 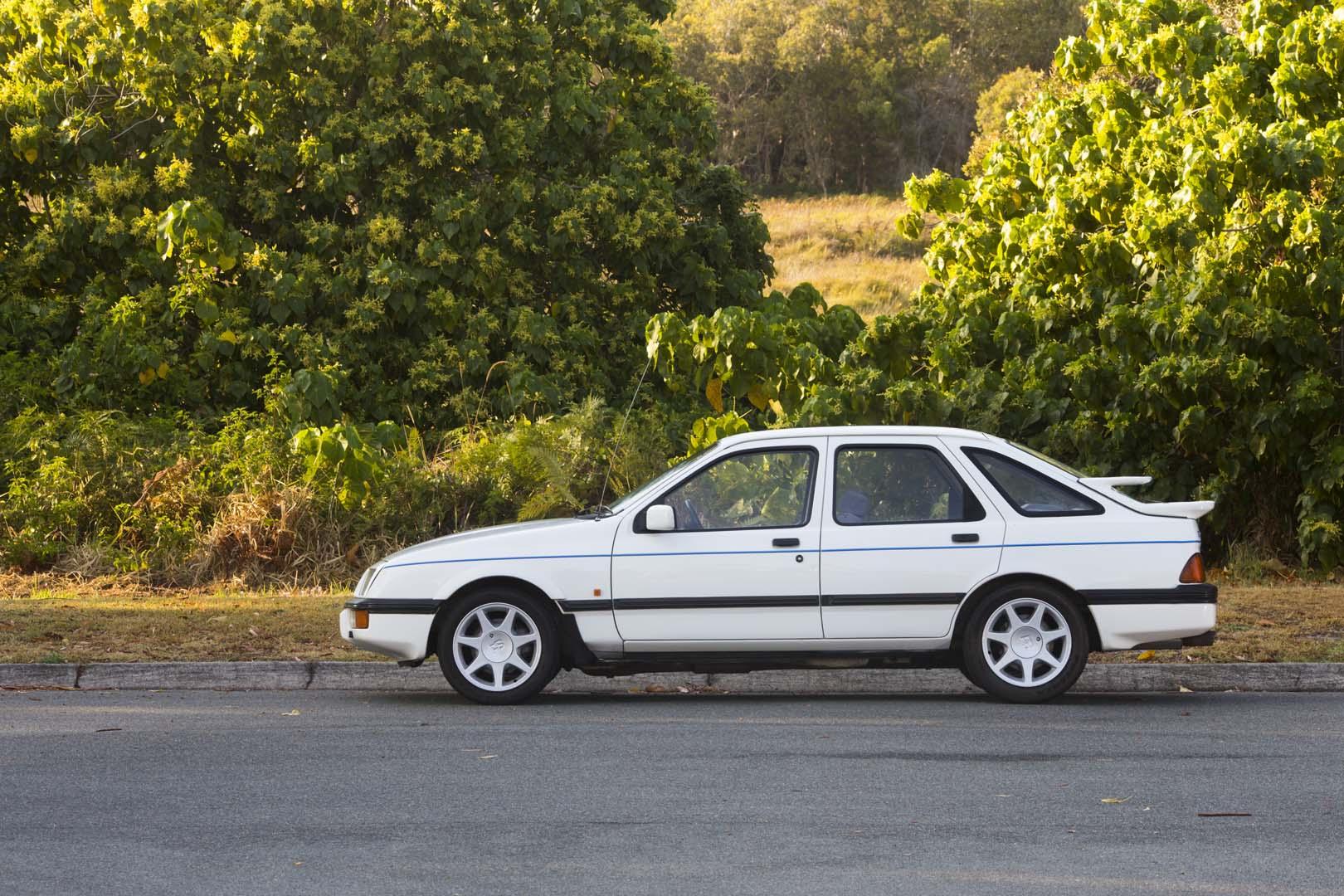 Swanny owned five Sierra XR-8s so I got to know the vehicle then. I’d owned a VW Beetle and Golf and was looking to get a V8 along the lines of the work we were doing. It had to be a daily driver but something I could track too.”

In 2004 Swanny gave Keith a contact in Botswana who was selling one of his former XR-8s, and he snapped it up. 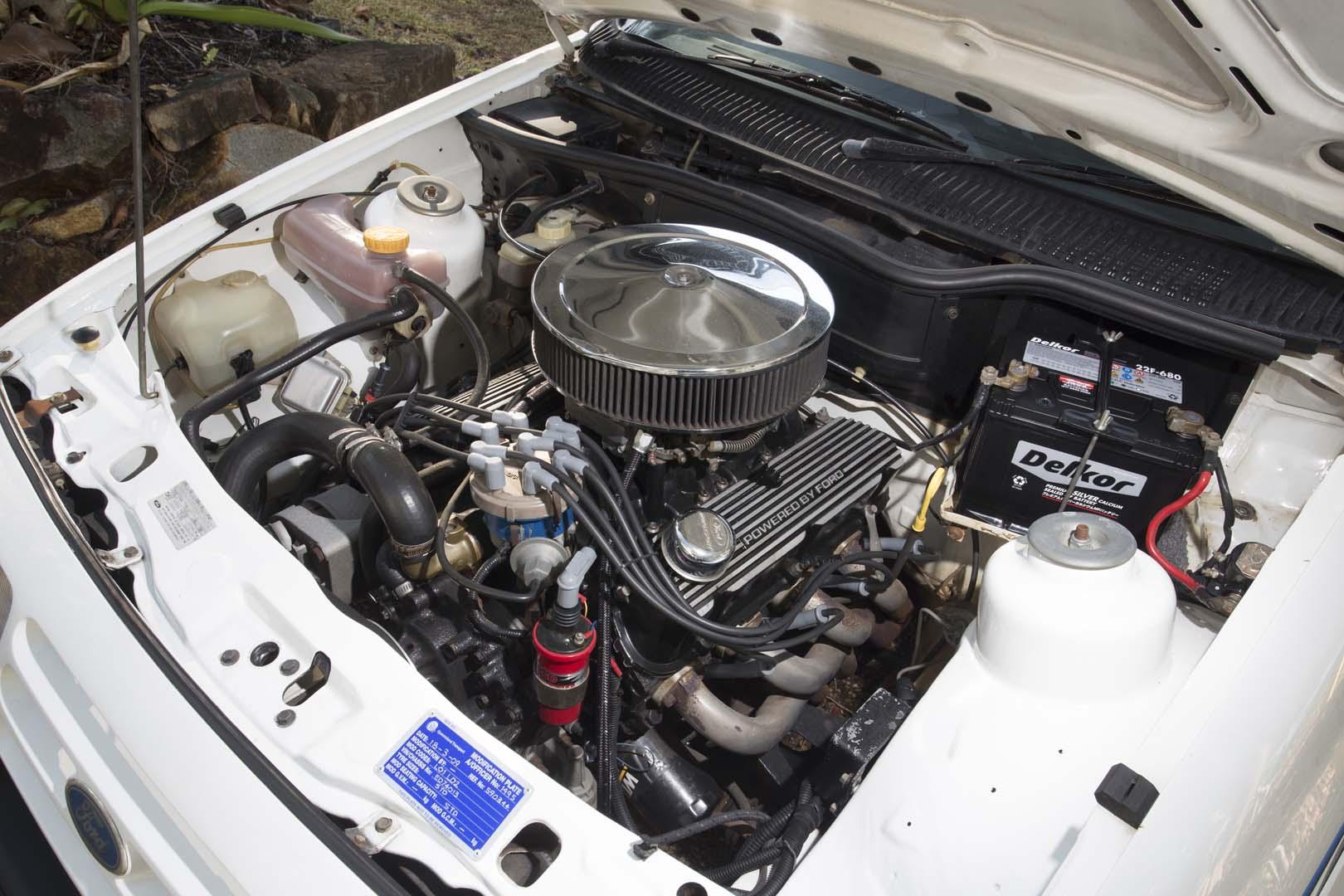 “I just loved it,” Keith said. “The aerodynamics for the time were up there with the Porsche 911, and it really appealed having the factory Mustang 302 motor.

These cars were incredible for off the production line in the 1980s. My first drive impressions were that it was just insane, and once I put the coilovers on its road holding, especially on the circuit, was unbelievable. I drove it to work every day and would take it to the drag strip, gymkhana or Kyalami race track on weekends.” 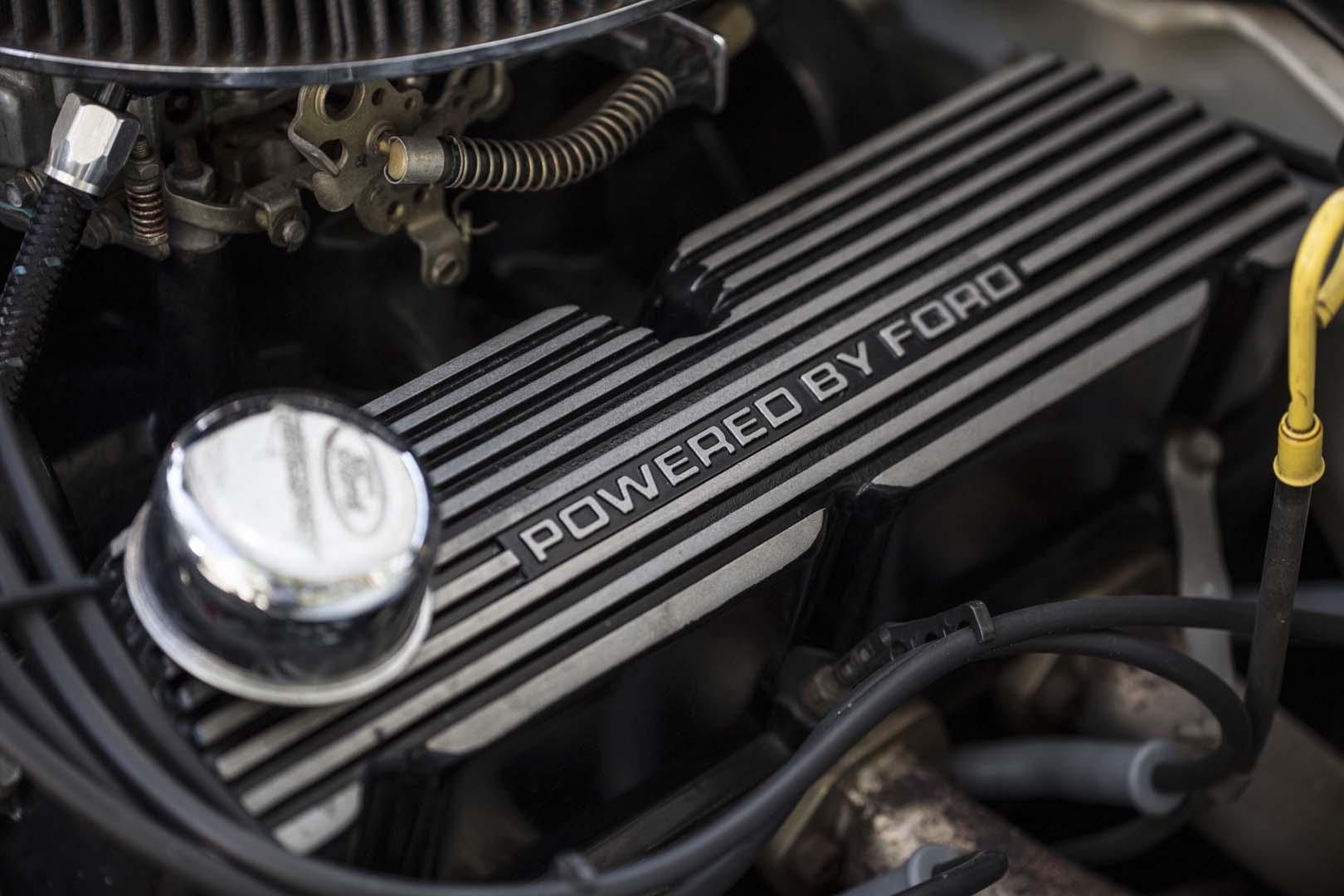 As well as the V8’s lazy power and oodles of torque, Keith said one of the most appealing elements is the XR-8’s (kind of) subtleness.

“The rear wing does give it away a bit, but other than that it looks just like a family sedan,” he said.

Certainly no racy red stitching or the bucket seats we expect in any form of sports car these days. 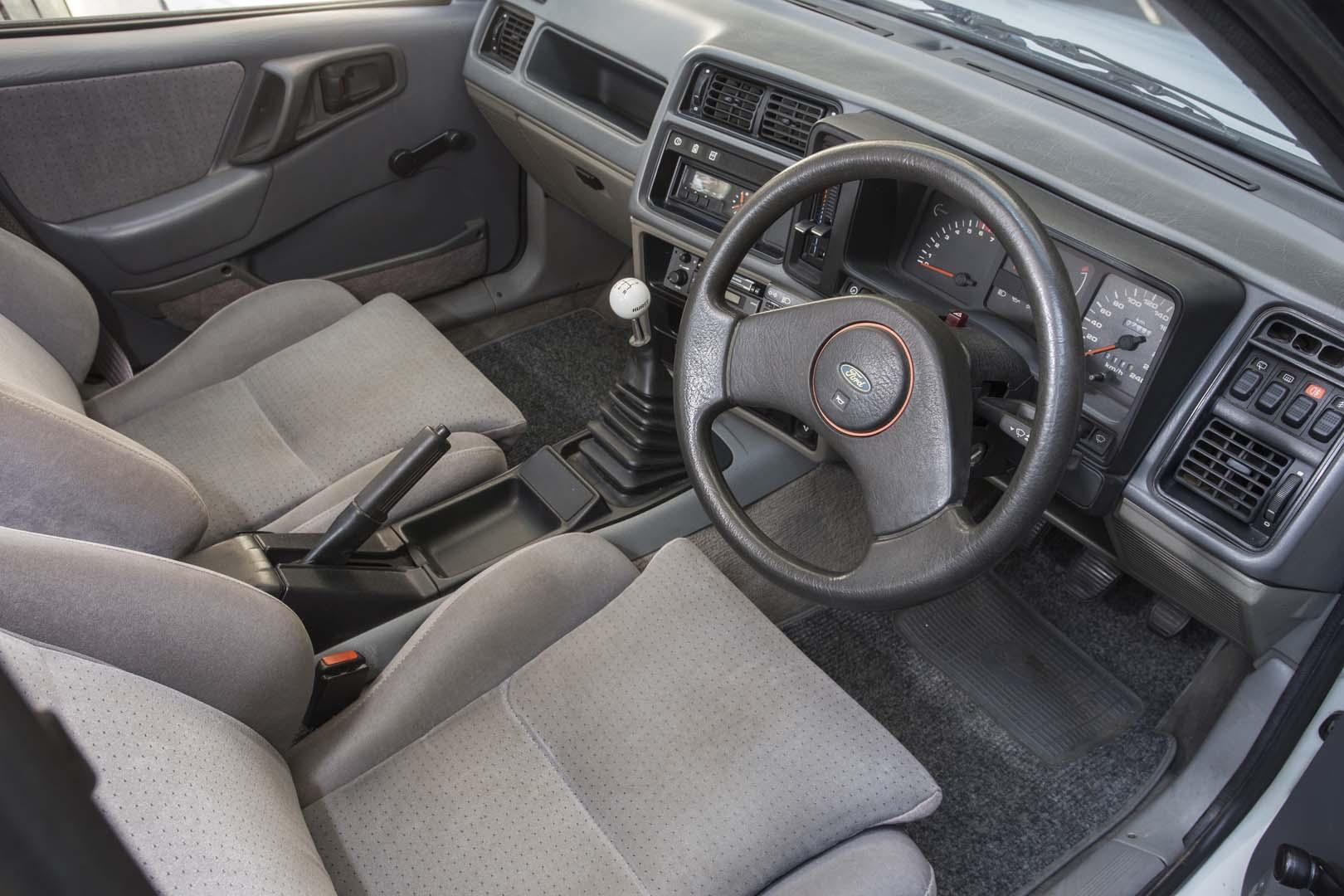 It was in 2009 that Keith brought his XR-8 to Australia when he moved here for good. “I wasn’t going to give it up: this is my kids’ car and it’s not for sale,” Keith said, clearly having lost none of his affection for this special Sierra.

The previous owner has painted the lower part of the doors white and Keith said he’s considering returning them to blue as per the originals.

He also needs to remedy a sick starter motor to ensure he uses it a bit more, and he intends to eventually give the XR-8 a track outing at Lakeside Raceway.

It should prove a hoot around there. 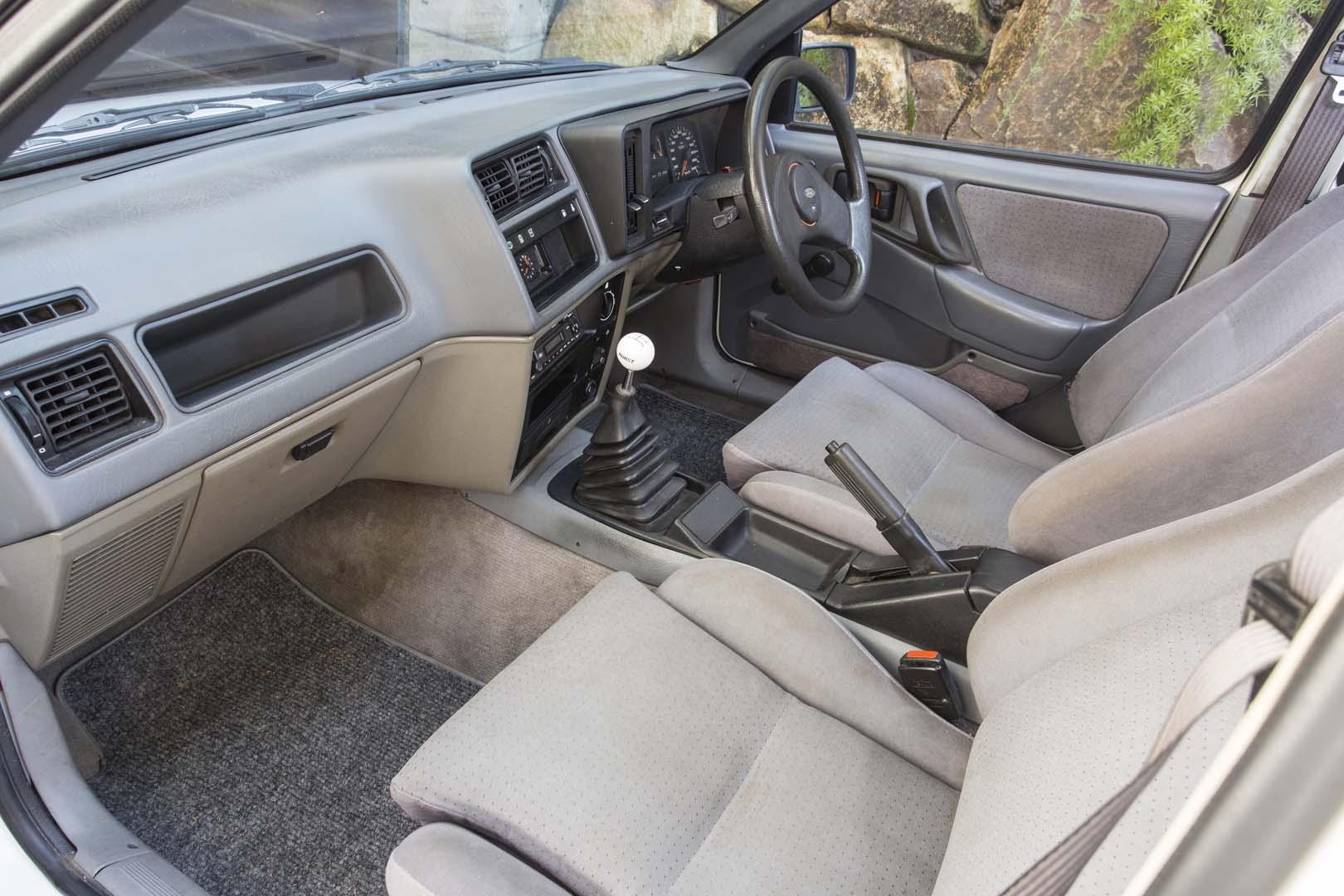 As for the drive of these ultra rare Sierras, well, it’s a bit of a joy. There’s no power steering or ABS so it commands respect and a bit of muscle, but once on the move it feels a lovely predictable steer with lazy and seemingly endless pull from the big and thirsty V8.

Keith confirms it’s a playful thing to drive, the rear end steps out easily but predictably and has been a superb track toy with excellent front end grip.

It appears this car won’t be leaving the Maricich family any time soon, such is its rarity and the enduring affection shown for this little slice of South Africa roaming the Queensland streets. 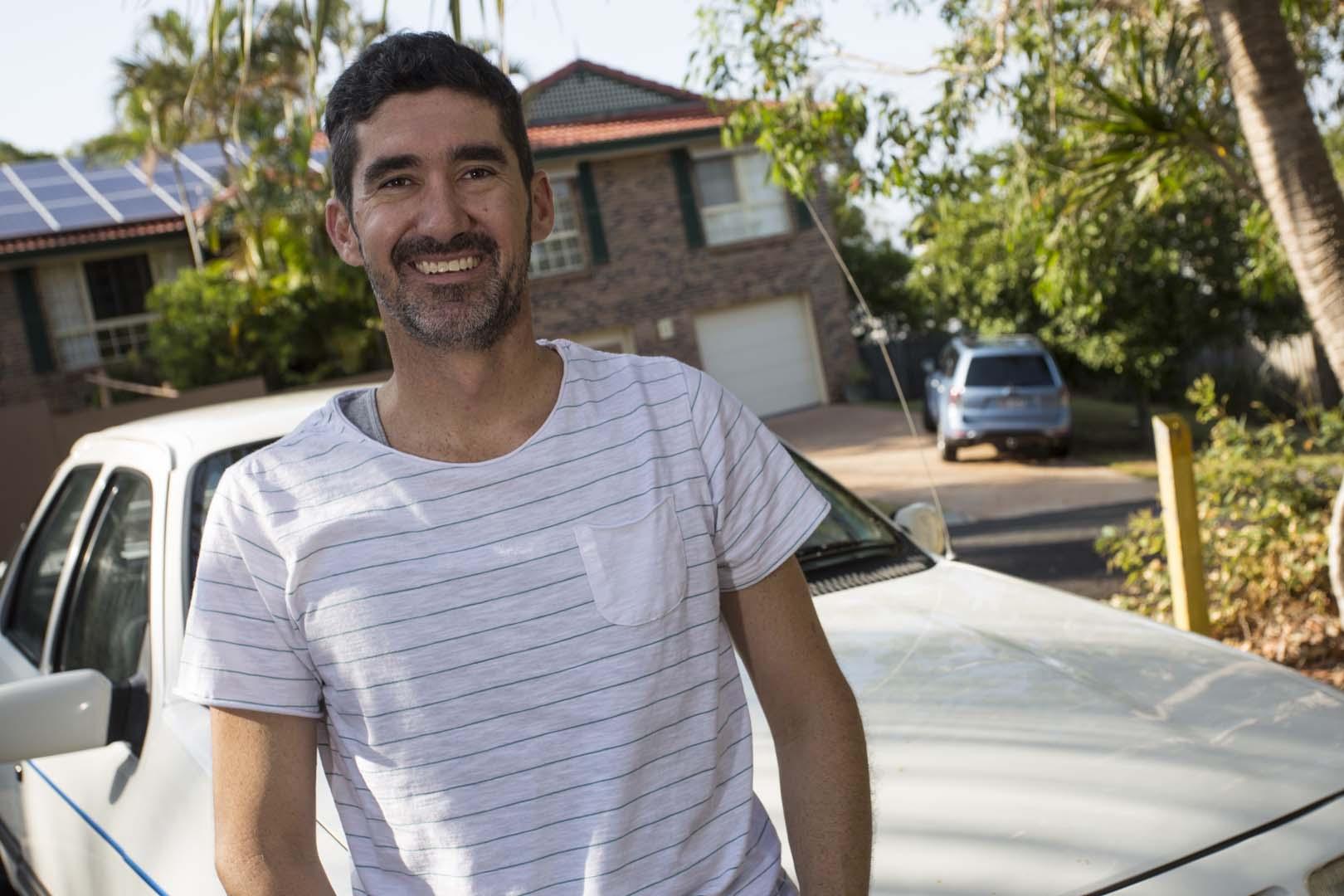