In a private collection for many years, this significant piece of FPV history recently re-emerged and is now on the market. 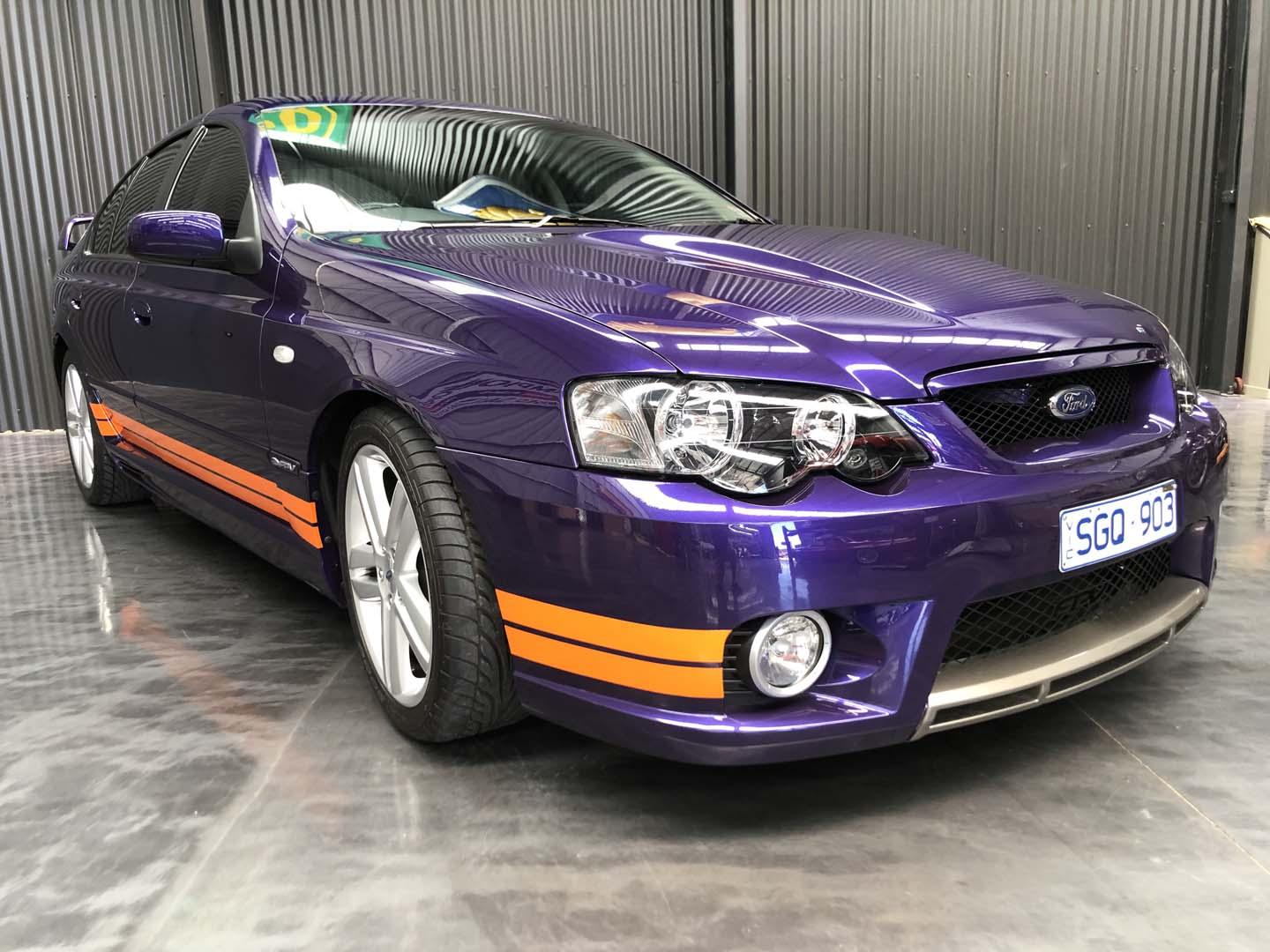 With Ford’s Australian manufacturing operations now a part of history, the interest in past Ford vehicles is growing. As evidence of that, we’ve seen two classic Falcons crack the million-dollar barrier at auction recently and increased demand for Aussie Fords from the 1980 and 1990s.

New millennium Fords are still a long way off the million-dollar mark, but one that has investment potential written all over it is the vehicle presented here. 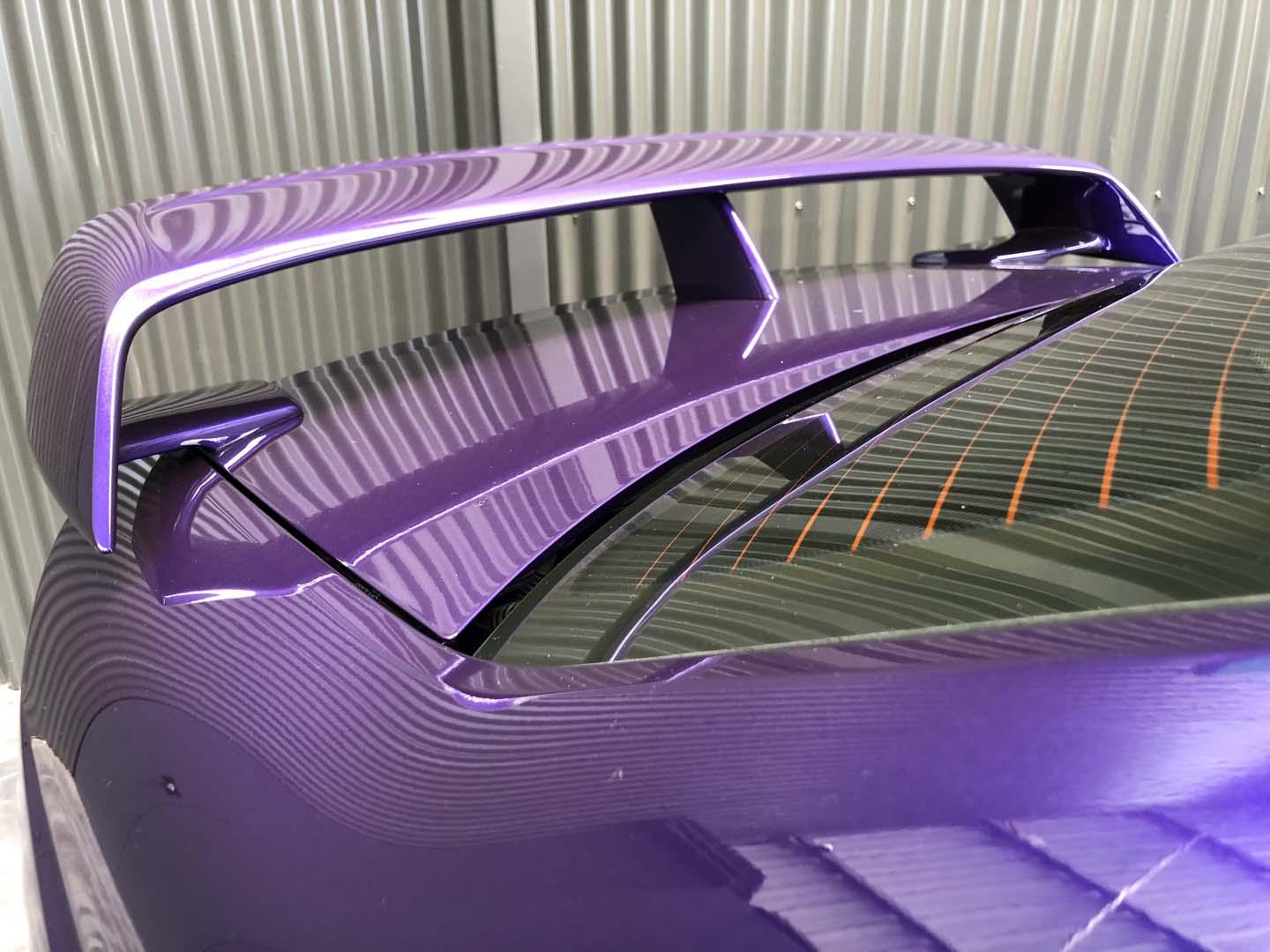 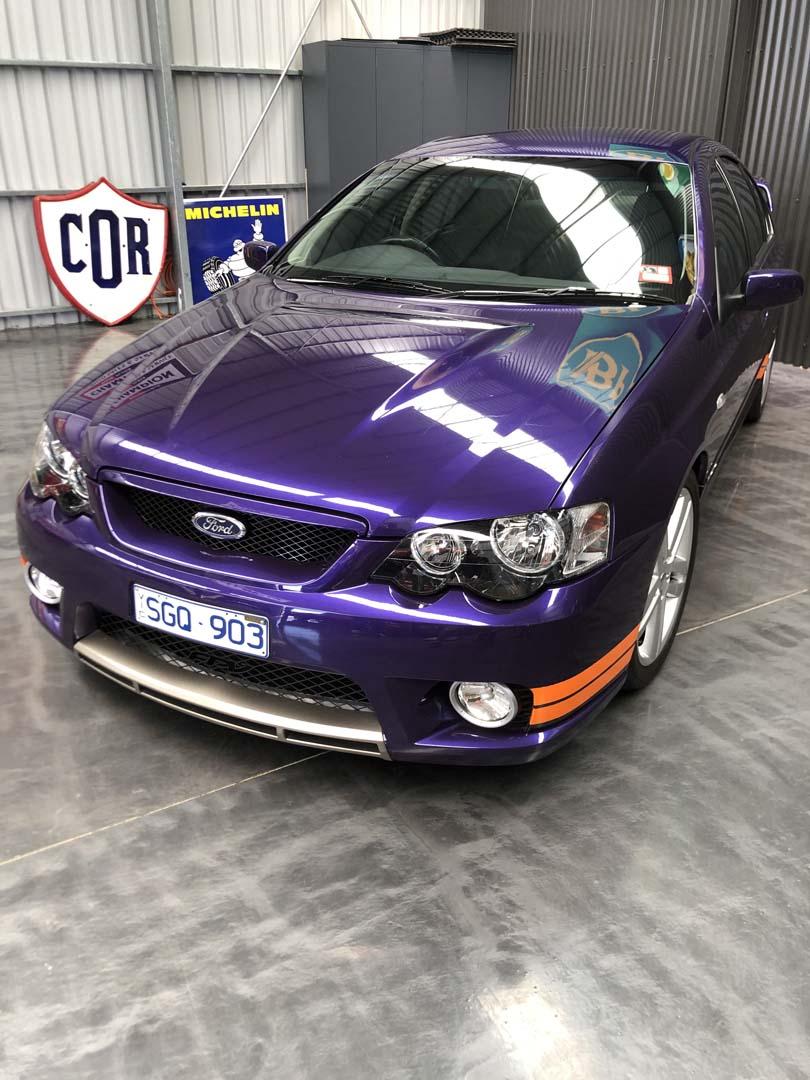 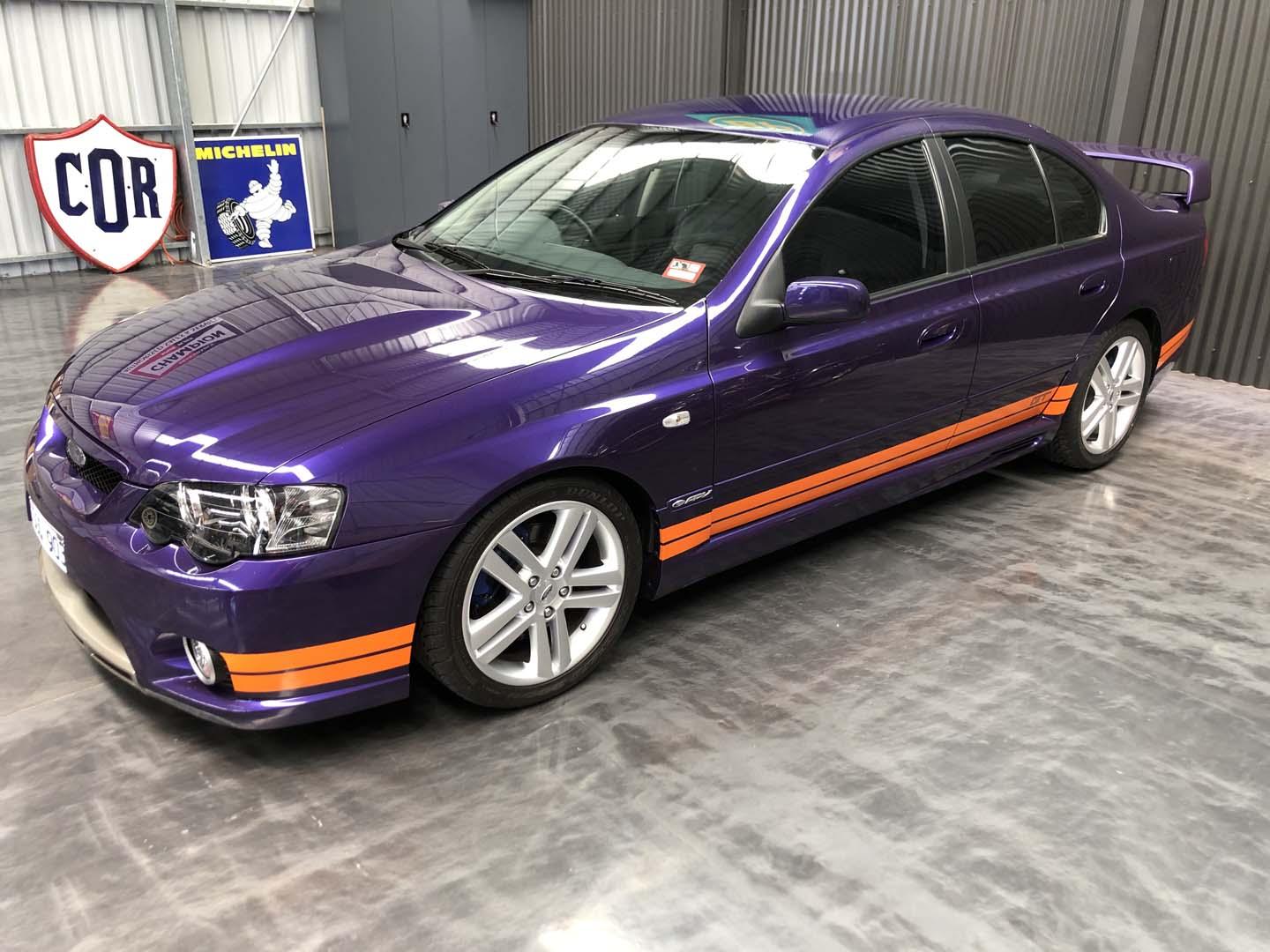 At the risk of covering well-worn ground, the Ford Performance Vehicles brand was formed in 2002 as a joint venture between Ford Australia and Prodrive, the British motorsport and engineering company perhaps best known for their success in the World Rally Championship.

Prior to the formation of FPV, Tickford Vehicle Engineering had been producing fast Fords for the local market, both Ford-badged XR6 and XR8 models, and FTE (Ford Tickford Experience) ‘T-Series’ cars based on Falcons and Fairlanes. As good as the T-Series and other Tickford-enhanced cars were, they never captured enthusiasts in the same sort of numbers that HSV did.

FPV aimed to change that and would start with the re-introduction of the GT; a model that hadn’t been in regular production since 1976.

The GT would be FPV’s entry-level model in a three-pronged attack that included an up-spec, Fairmont-based ‘GT-P’ and a ‘Pursuit’ ute. Aimed at HSV’s ClubSport, ClubSport R8 and Maloo respectively, the trio carried a small price premium over their Holden-based competition, but also carried some impressive kit, led by a 5.4-litre DOHC 32-valve ‘Boss 290’ V8 engine.

Pipping the equivalent HSV’s 260kW and 475Nm with 290kW and 520Nm, the engine was common to all three FPV variants, as was a Tremec T3650 five-speed manual transmission (a four-speed auto came soon after).

In GT spec, 100km/h could be reached in under six seconds from this drivetrain, with top speed in the region of 265km/h.

Suspension was made up of double wishbones and coil springs up front, with Control Blade IRS at the rear and thicker anti-roll bars. A front and rear body kit, big rear spoiler and 18-inch alloys were all standard. 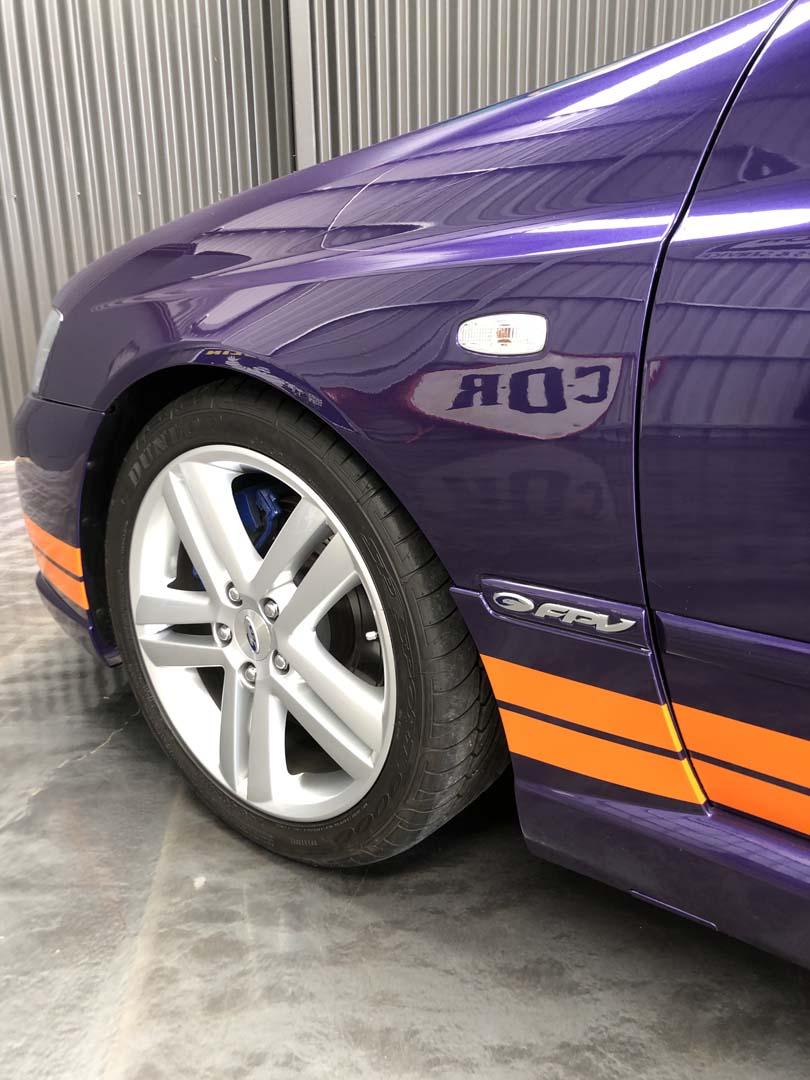 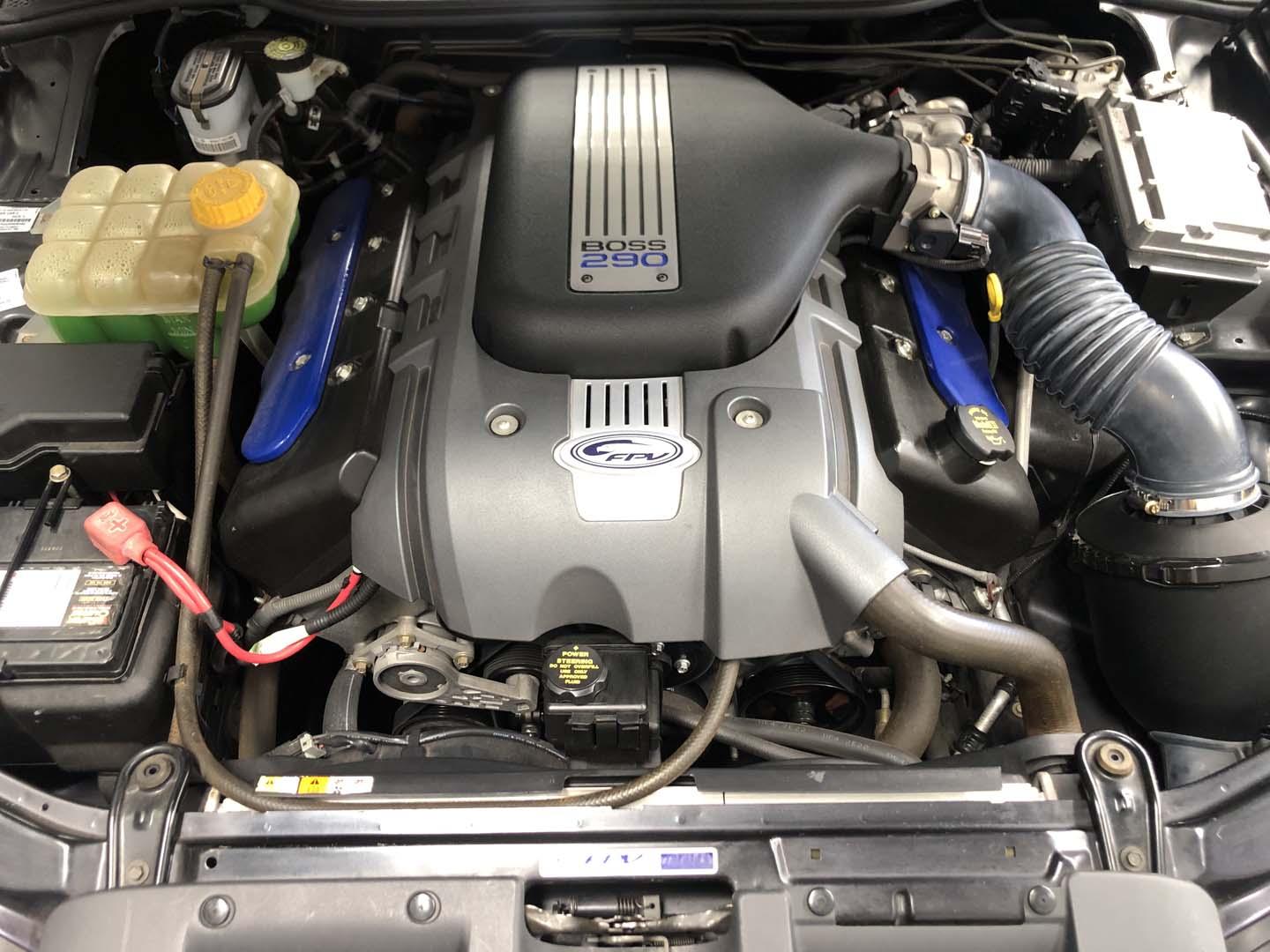 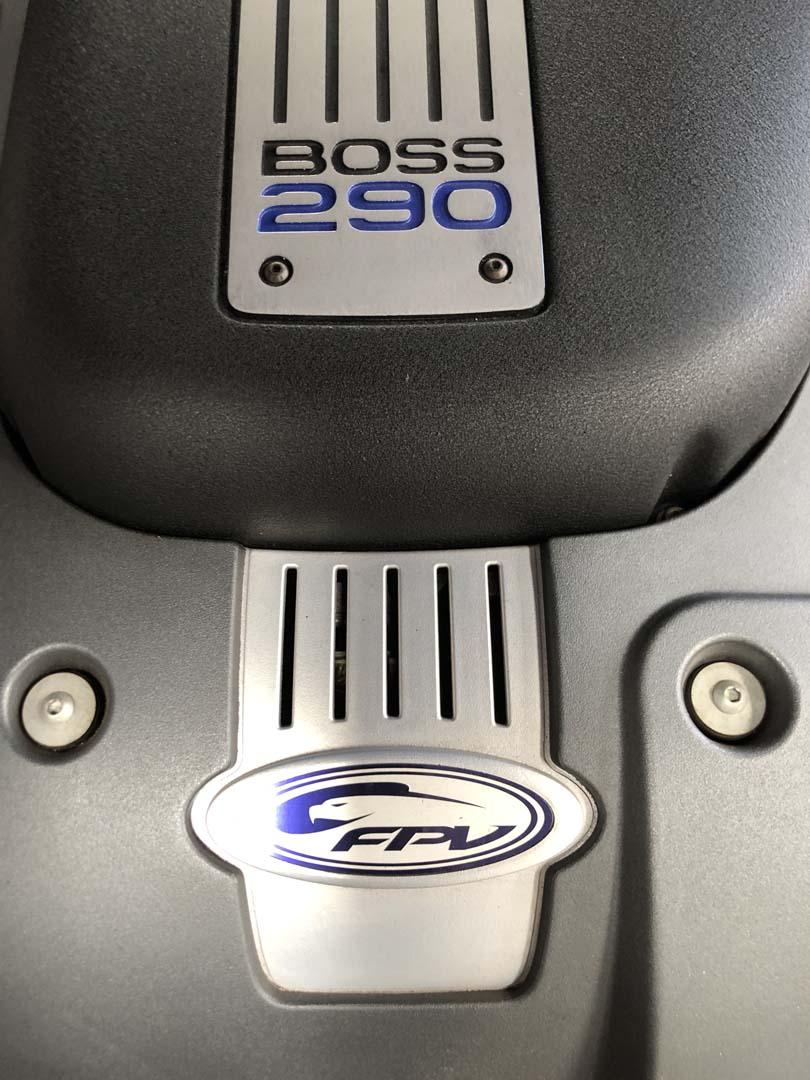 Reflecting the time of its introduction, a CD player was standard, with other features including sports seats, a power-adjustable driver’s seat, remote central locking, power mirrors and windows, trip computer and an immobiliser.

Also optional were the lower body stripes, even though every first-generation FPV GT you see seems to have them.

Following a preview in late 2002 and the national media launch in February, 2003, the first FPVs reached Ford dealerships a month later. All the first FPV GTs were 2003-plated vehicles. Except this one… 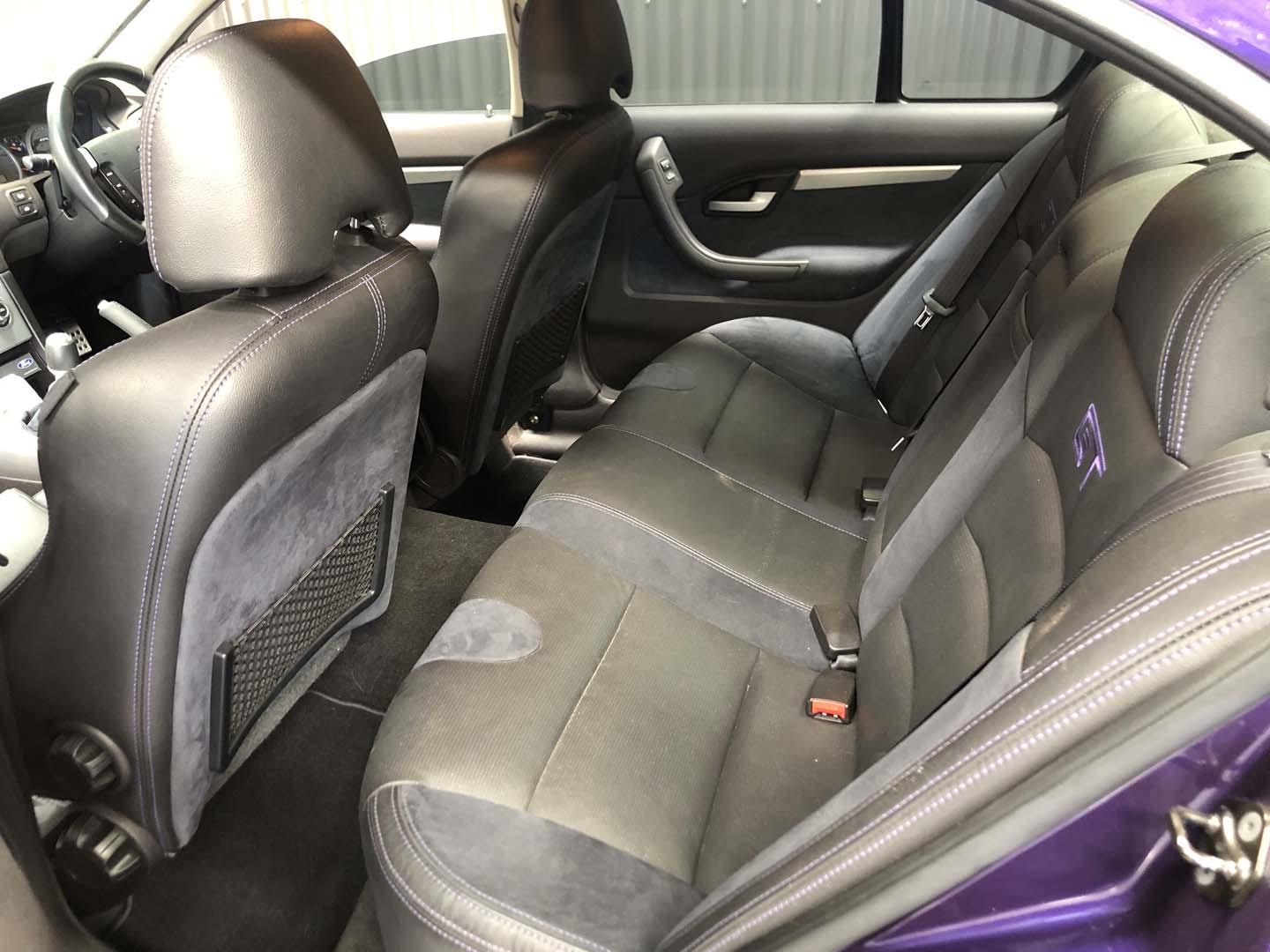 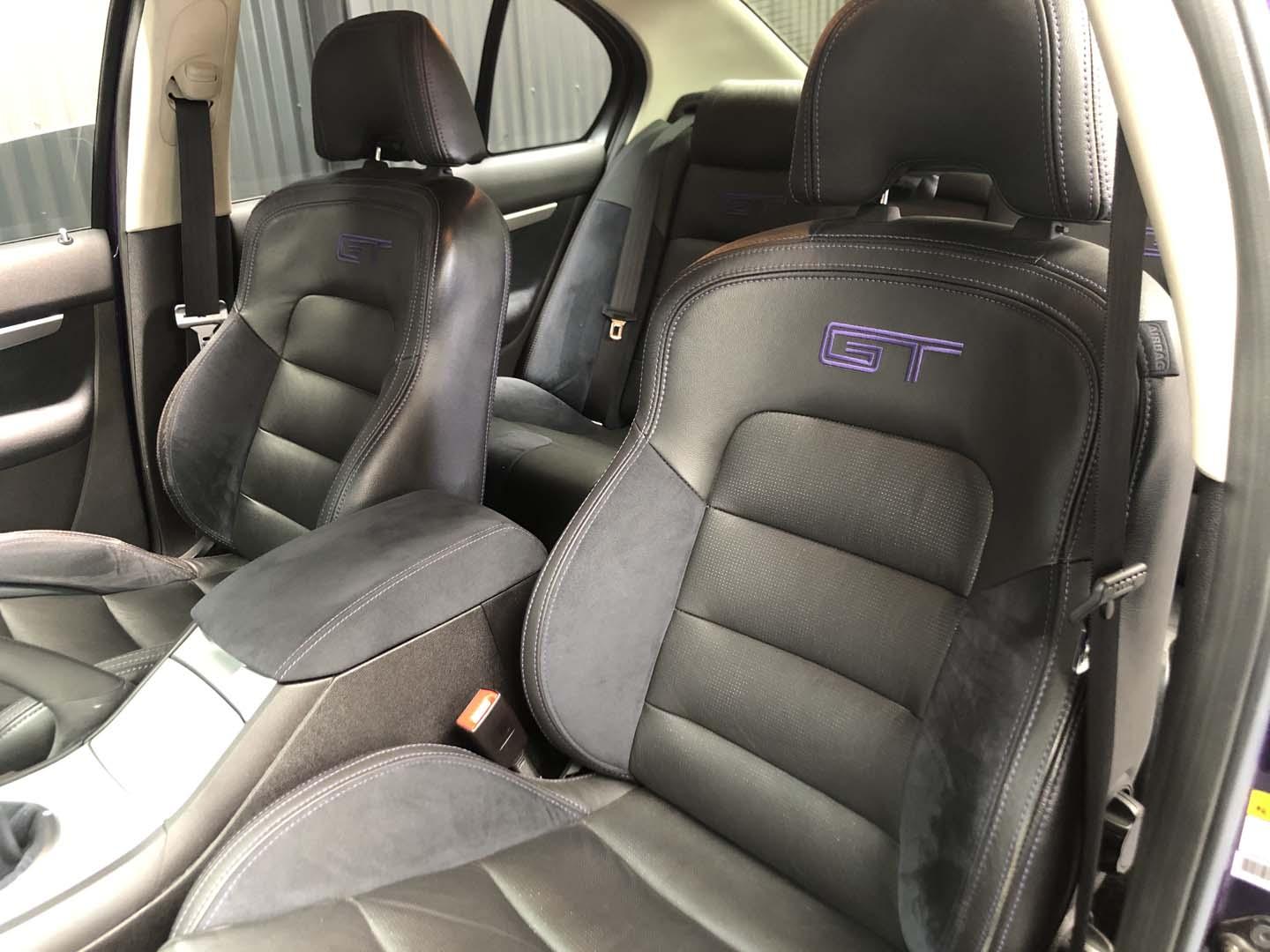 The car featured was the first - and only – FPV GT manufactured in 2002. Described as a prototype, this particular FPV GT was built in November of 2002 and used to promote the new Ford Performance Vehicles range ahead of the 2003 launch.

Featured in the first brochures announcing the FPV range, this car was also used in a promotional video where John Bowe put it through its paces at Ford’s You Yangs proving ground. This accounted for much of the 5,800kms on the odometer when the car was sold in April, 2003.

How it came into the first private owner’s possession is a bit of a mystery, but like the tale of the first Mustang sold in the US, it must have been a mistake, as Ford allegedly tried to buy the car back a few months later. Realising what he had, the owner refused and it remained in his possession for the next 15 years and was even thought to be lost before it resurfaced in 2018.

Obviously, talk of a “prototype” car conjures up images of something half-finished and covered in camouflage, like a development mule. This car, however, is identical to the production FPV BA GT in all bar a handful of minor areas. So much so that, if you weren’t told it was a prototype, it’s unlikely you’d pick it.

It runs the standard Boss 290 V8 and five-speed Tremec manual. It’s finished in the factory colour of Phantom (purple), the exterior is stock, as is most of the interior, but reflecting this car’s role as a promotional vehicle, it carries gear normally reserved for the GT’s options list, like the aforementioned leather seats and orange stripes.

The first deviation from the BA GTs that followed is, obviously, the 2002 compliance plate. Other variations include an ECU with hand-written details and no factory bar code. There’s also a slight variation in the appearance of the gauges, but the most obvious difference is the ‘P001’ badge on the centre console. Why Ford would go to the effort in identifying a prototype with a professionally produced badge is unknown, but it suggests Ford had a plan for the car after its promotional duties were over (like a competition, for example) and explains why they were keen to get it back. 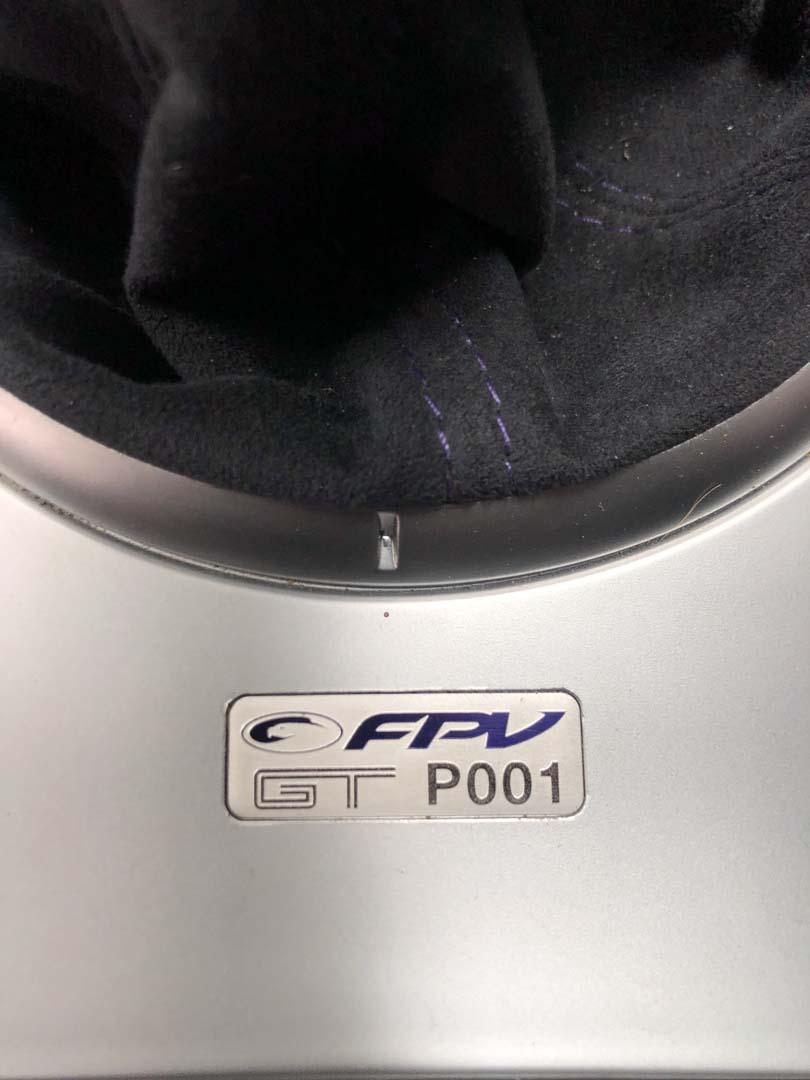 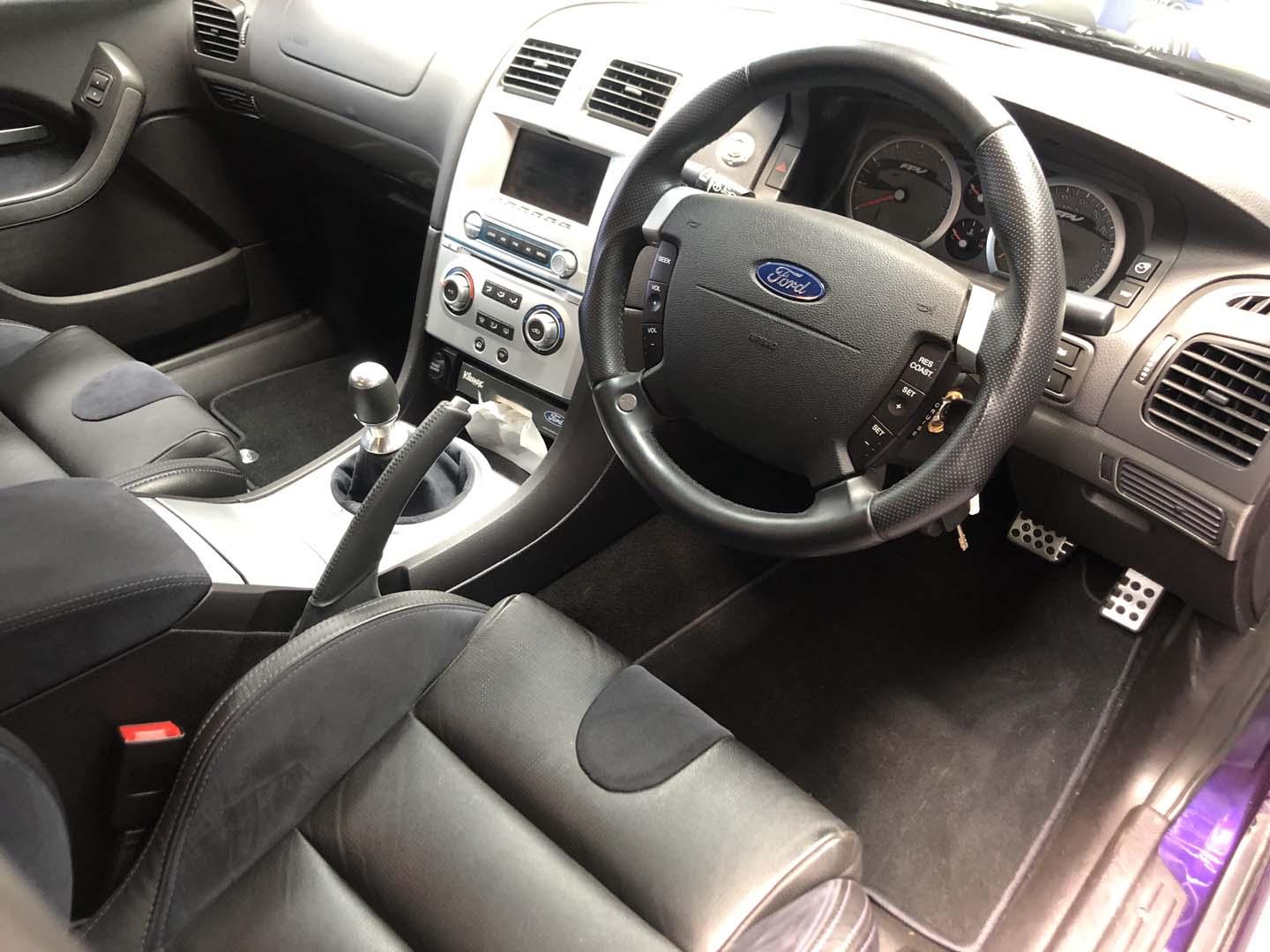 In the first private owner’s possession, GT #P001 was given the kid glove treatment. Regularly maintained and correctly stored, the minimal use in those 15 years of ownership is reflected in only 1,000 extra kilometres added. As such, when it first came to market after years in hiding, it was in close to new condition and still looks good today.

Now, before the skeptic in you denounces this as some sort of scam or mock-up, there is a bunch of accompanying documentation, including a certificate of authenticity from Ford and a compendium of paperwork confirming the car’s provenance.

Also included are some rare FPV promotional items and accessories that were offered with the car when new, like FPV-branded luggage, mini cooler and an FPV watch. Even the Ford-branded tissues are still in place.

Matthew White from Classic Motor Studio describes the car as a significant part of Australian motoring history. This car was used as a launchpad for the FPV brand and subsequent push of FPV into V8 Supercars. For years, many Ford fans have been searching for this vehicle, and now it has resurfaced, it represents a fantastic opportunity for the astute collector to buy a one-off GT prototype in immaculate condition.

The asking price of $170,000 ono may seem steep now, but this car is an investment, and like the GT-HO Phase IIIs that were picked up for a song in decades past, the asking price will seem affordable when Fords of the new millennium reach the seven-figure mark.

Located in South Australia, the car carries expired Victorian registration, but its condition would make gaining an RWC and re-registration easy. 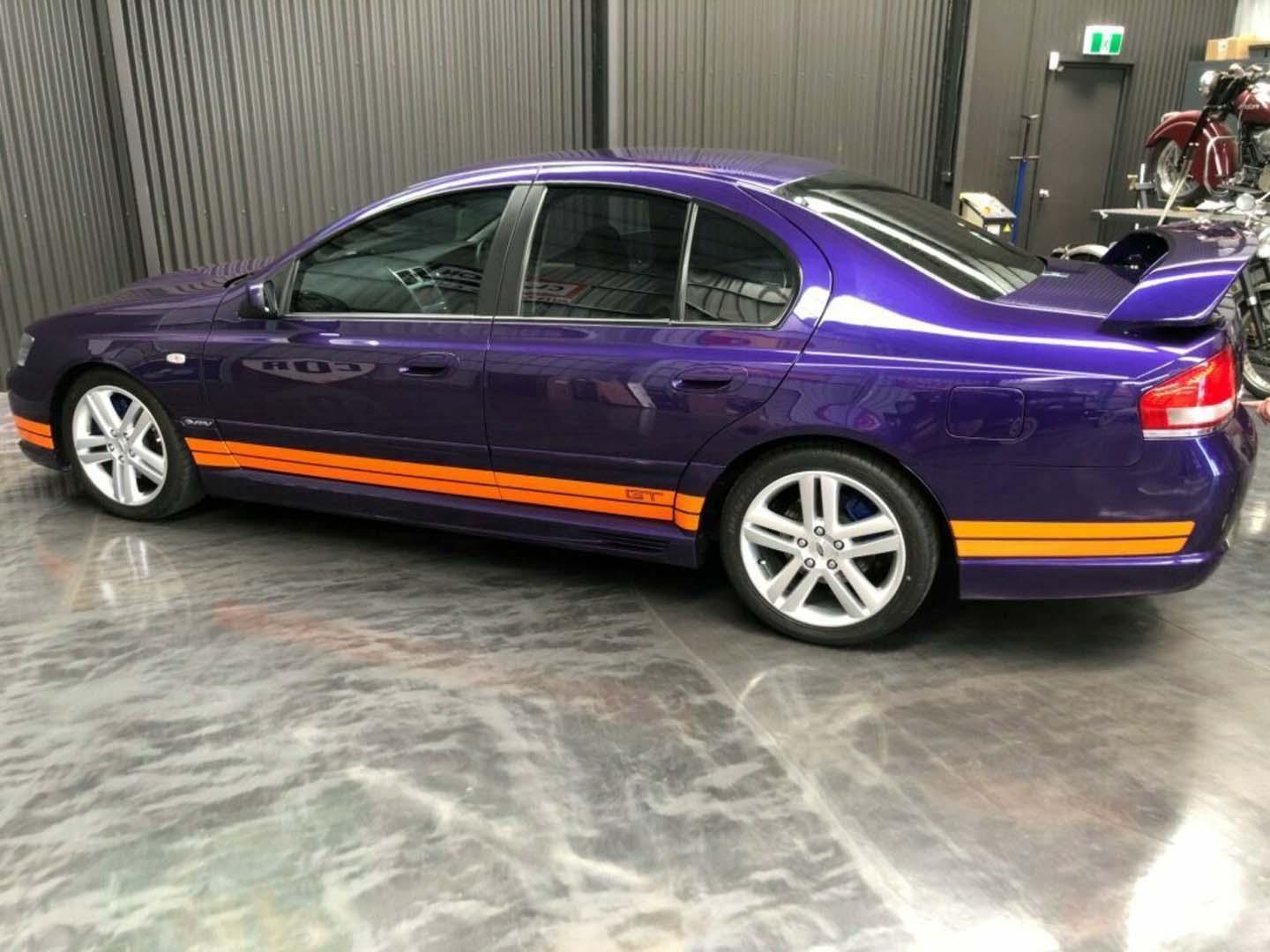 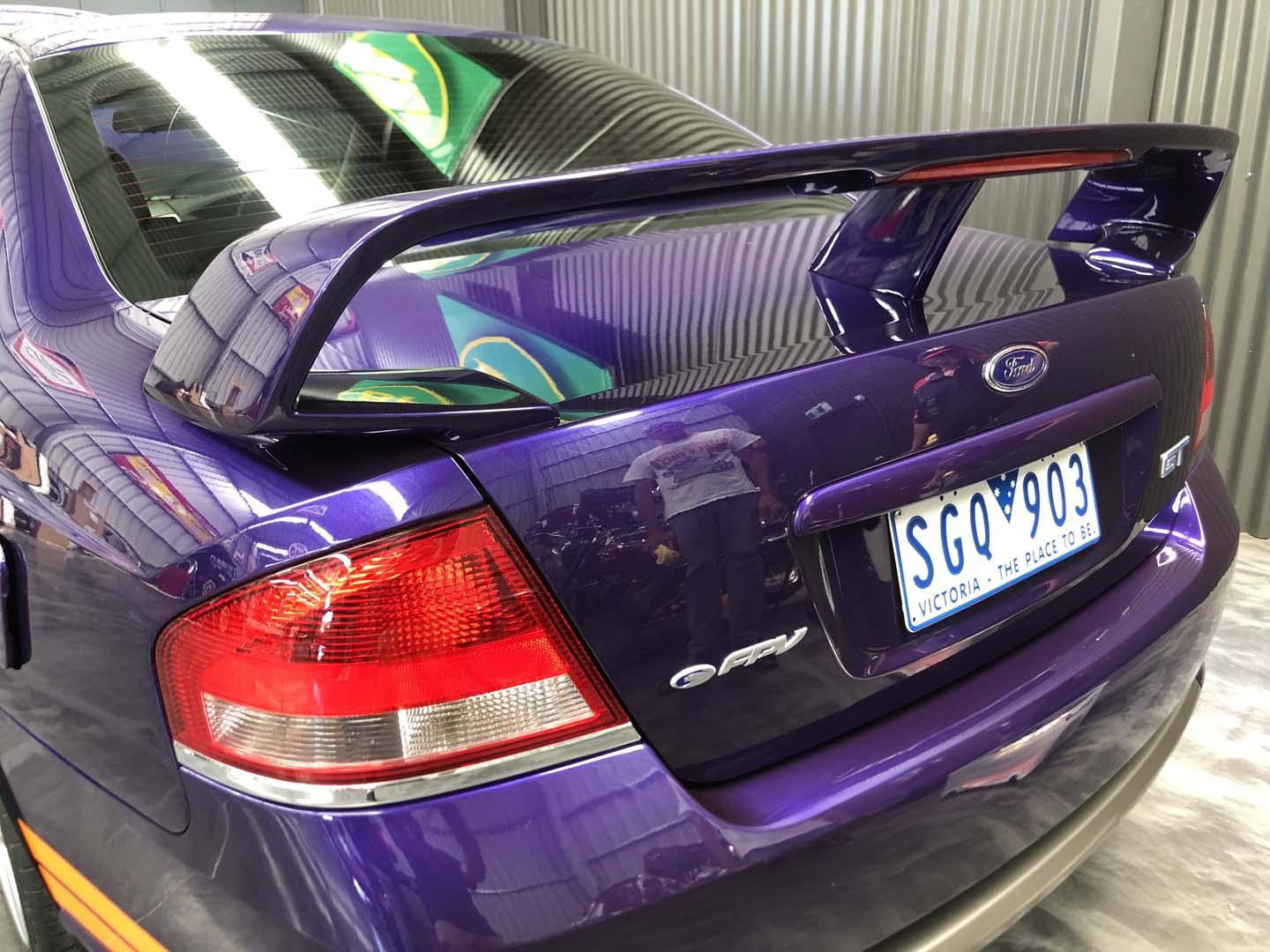