Shelby American have tweaked the Super Snake Mustang for 2021 and added a slick new Speedster option.

Shelby American have released details on the Super Snake lineup for 2021 and the headline act is a Speedster Edition that takes open-top Mustang motoring to another level.

According to Shelby American, the MY21 Super Snake lineup brings fresh looks and enhanced refinement. A supercharged 5.0-litre V8 producing 825hp (615kW) and delivering a 0-100km/h time of around 3.5 seconds remains, as does a choice of six-speed manual or ten-speed automatic transmissions, as well as a Borla performance exhaust, improved cooling system, drivetrain upgrades and tuned suspension. Shelby also adds motorsport-spec Brembo brakes and 20-inch forged aluminium wheels with high-performance tyres, including a 305 front and 345 rear combo if the widebody package is selected. 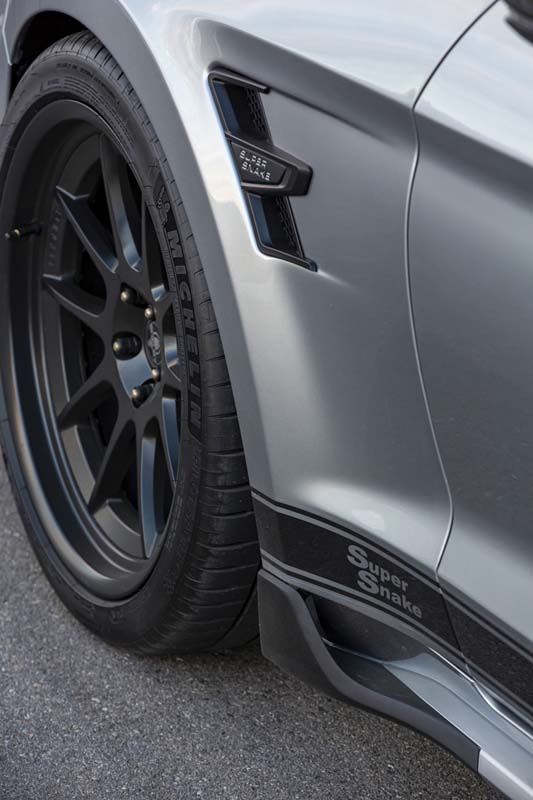 The signature Shelby aero and cosmetic additions that makes these Mustangs so cool continue for 2021, but there’s a new look for the front fascia and widebody aluminium front guards this year.

The all-new star in the Super Snake range for 2021 is the Speedster Edition.

Taking the Mustang GT convertible and adding all the Super Snake specific parts, the Super Snake Speedster Edition also transforms the car into a two-seat roadster with the addition of a unique hardtop tonneau.

Now, it should be clarified at this point that there’s never been a production two-seater in Mustang history, so the Speedster Edition is a first. No word on what the tonneau is made of, but presumably fibreglass for reduced weight and easy fitting.

The multi-piece tonneau sits over the convertible hood mechanism and rear seats, so neither can be used when it’s in place, but the rear seat space can still be accessed from the front seats to store luggage or shopping. When good weather turns to bad, the tonneau cover is easily removable, without tools, and can be stored in the boot.

While looking good, the tonneau cover is aerodynamically functional, according to Shelby American.

In addition to the tonneau, the Speedster Edition’s exclusive componentry also includes an old-school dual stripe package that’s different from other Super Snake models and harks back to the original Shelby GT350 from 1965.

For 2021, both the coupe and convertible Super Snake have been treated to redesigned front seats with suede inserts (that retain the factory heating/ventilation function and power adjustment) and bold new Super Snake identification on the uprights. 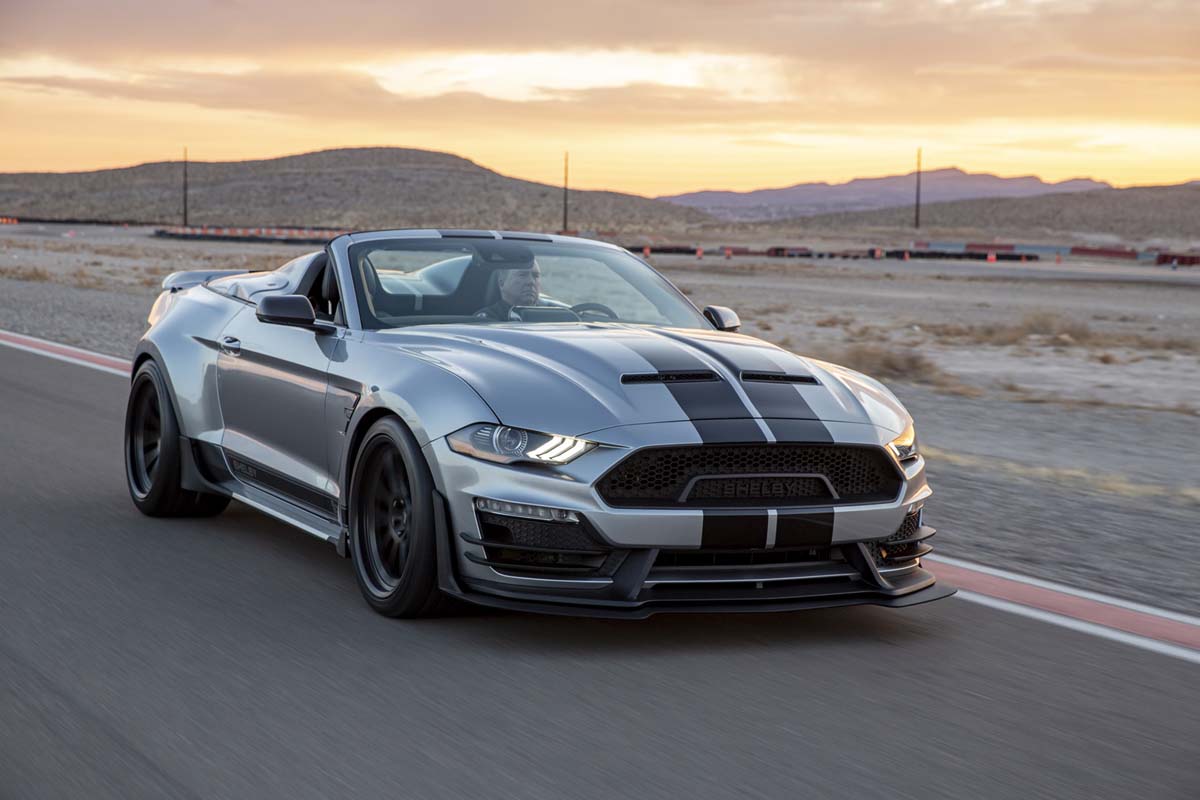 Options include rear seat delete, Penske track suspension package and the aforementioned widebody package. As fitted in the images shown here, the widebody panels adds extra muscle to the Speedster Edition’s appearance, but more importantly, they allow a wider wheel and tyre package – 305/30 at the front and 345/30 at the rear – for enhanced traction and handling.

On top of the strictly limited production for the US market, an unspecified (but likely even smaller) total will be built for overseas markets, including Australia. Like the US Super Snakes, the OS versions also come with a unique CSM build number and will be added to the worldwide Official Shelby Registry. 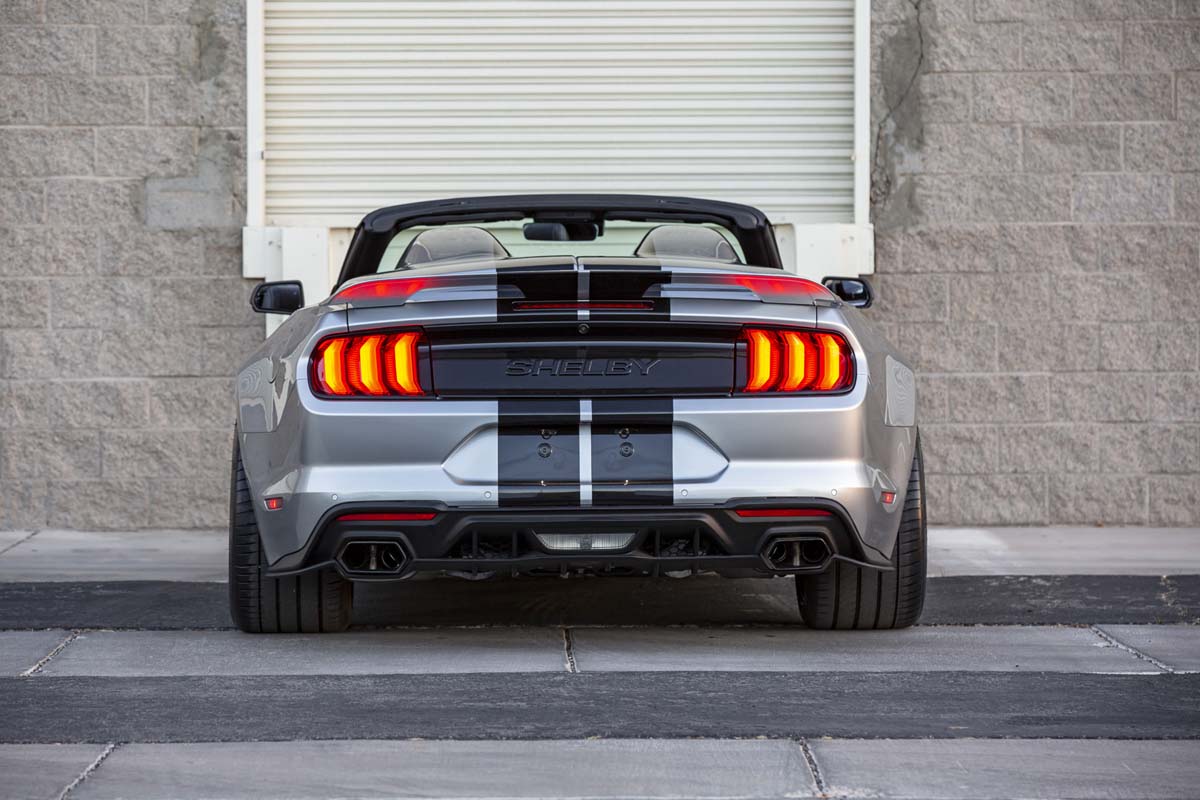 Aussie customers will be able to order a Shelby Super Snake Speedster Edition through Mustang Motorsports in Victoria. Australia’s only Shelby-authorised mod shop, Mustang Motorsport convert completed Shelbys to RHD for local compliance and offer all the upgrades and accessories available on US market models.

While the Mustang is factory built in RHD, the Shelby isn’t, so Mustang Motorsport and a handful of other local conversion companies are the only way to get a Shelby Mustang into the country and get it road legal.