One of the lesser-known models from Lamborghini, the Jarama was also the last GT in the company’s history to run a front-mounted engine.

Where does the Jarama sit in the Lamborghini canon? It’s an interesting question, as it wasn’t the most high-profile model in Lamborghini’s history, nor was it produced in the greatest numbers. It was, however, a turning point in the company’s evolution.

To understand the Jarama, you have to understand its predecessor, the Islero. Released in 1968, the Islero was a 2+2 Grand Tourer that was true to Ferruccio Lamborghini’s vision of an ideal GT car that had spawned the 350 GTV five years earlier.

Like the 350 GTV, the Islero was a “sports” car for the mature businessman, with engineering, appointments and appearance as refined as the men who drove it.

Lacking the flair and futurism of contemporary Lamborghinis like the Miura and Espada meant the Islero was rarely in the spotlight, but Ferruccio Lamborghini was fine with that, and legend has it that, when he needed to drive one of his own cars during the late 1960s, he usually went for the Islero first. 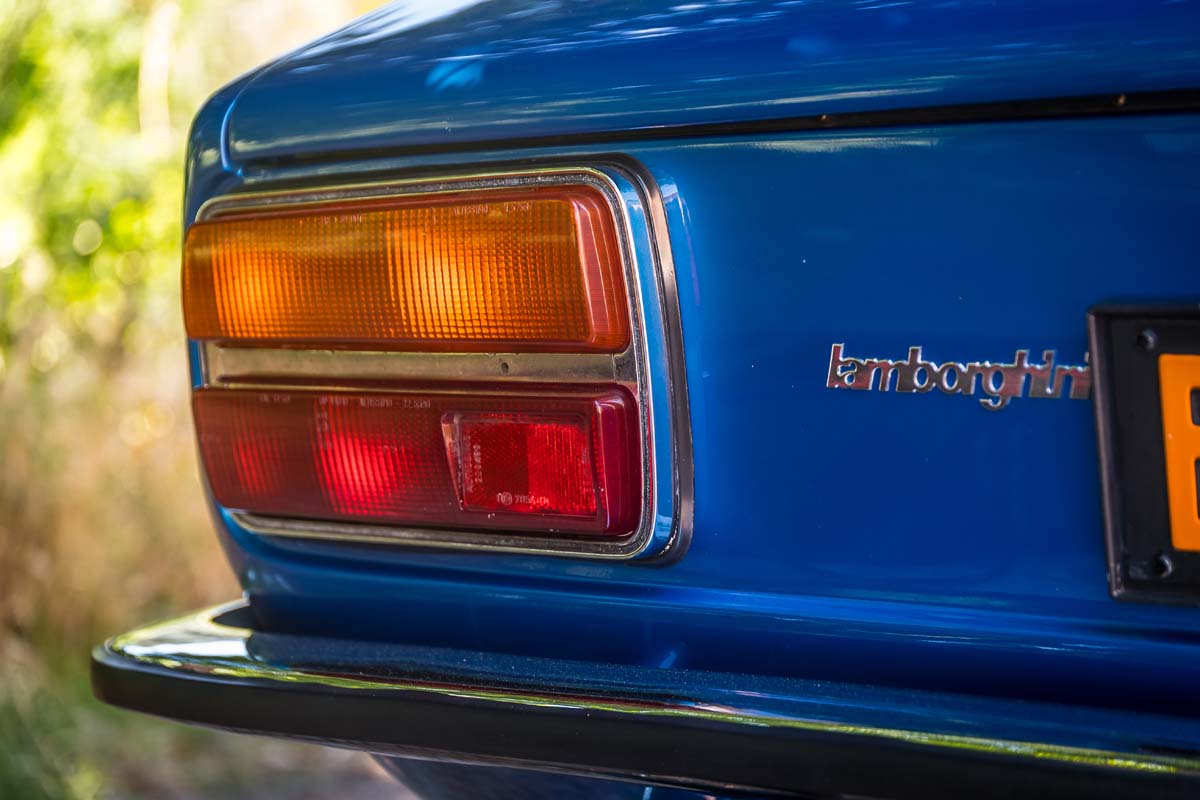 Carrozzeria Marazzi, an Italian coachbuilder that’s unknown today, was responsible for the Islero’s styling, which was a modernisation of the 400GT, adding boxier angles, more glass and a Lamborghini first in pop-up headlights. 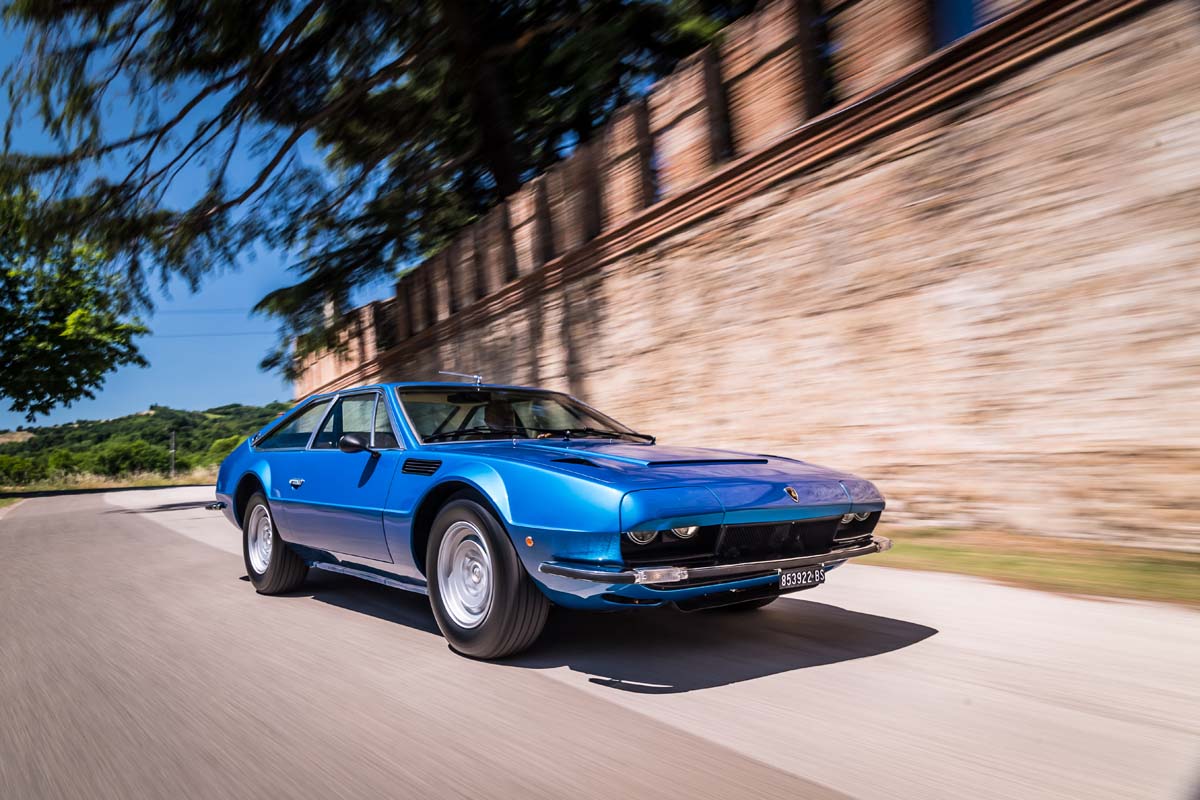 Comfortable and capable, the Islero nevertheless had its problems, particularly in the quality and configuration of the interior, leading to the release of the improved Islero S in 1969.

Despite this, the Islero was still an aging design, so for the new decade, a new Lamborghini GT was presented.

Making its debut at the 1970 Geneva Motor Show, the Jarama (also called the Jarama 400 GT) continued Lamborghini’s newly-established tradition of names inspired by bullfighting. In this case, it referred to the region of central Spain famous for breeding fighting bulls. The fact it also referenced the contemporary F1 Grand Prix track was a happy coincidence. 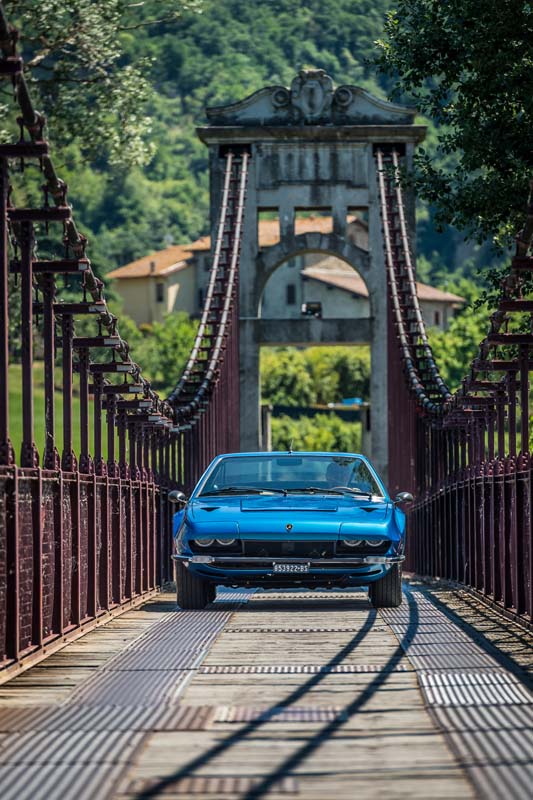 While a continuation of the GT 2+2 formula, the Jarama was all-new in many areas, starting with the styling. While the Islero design was penned by Marazzi, Lamborghini turned to Bertone for the Jarama, due in no small part to the stellar work they’d done on the Miura and Espada.

Bertone would also manufacture the new GT’s panels, although Marazzi remained involved in assembling the bodyshells before each car went to Lamborghini for completion.

Replacing the old GTV platform used on the Islero was a version of the Espada chassis, shortened by 10.6 inches, meaning the Jarama rolled on the shortest wheelbase – 92.8 inches – of any Lamborghini to that point. That made a 2+2 seating configuration a challenge, but Bertone’s Marcello Gandini overcame this by replacing the Islero’s notchback rear with a fastback design. The Jarama was almost a foot wider than the Islero, but despite this, space was still cramped and the rear seats remained ‘occasional’ only.

Elements borrowed from the Espada included NACA ducts on the front guards and quad headlights, although the Jarama shrouded these with partial covers. A distinctive mid-body crease and wheelarch flares were other notable styling features, but in staying true to the ‘gentleman’s express’ ethos behind GT design, the overall styling was subtle and restrained. 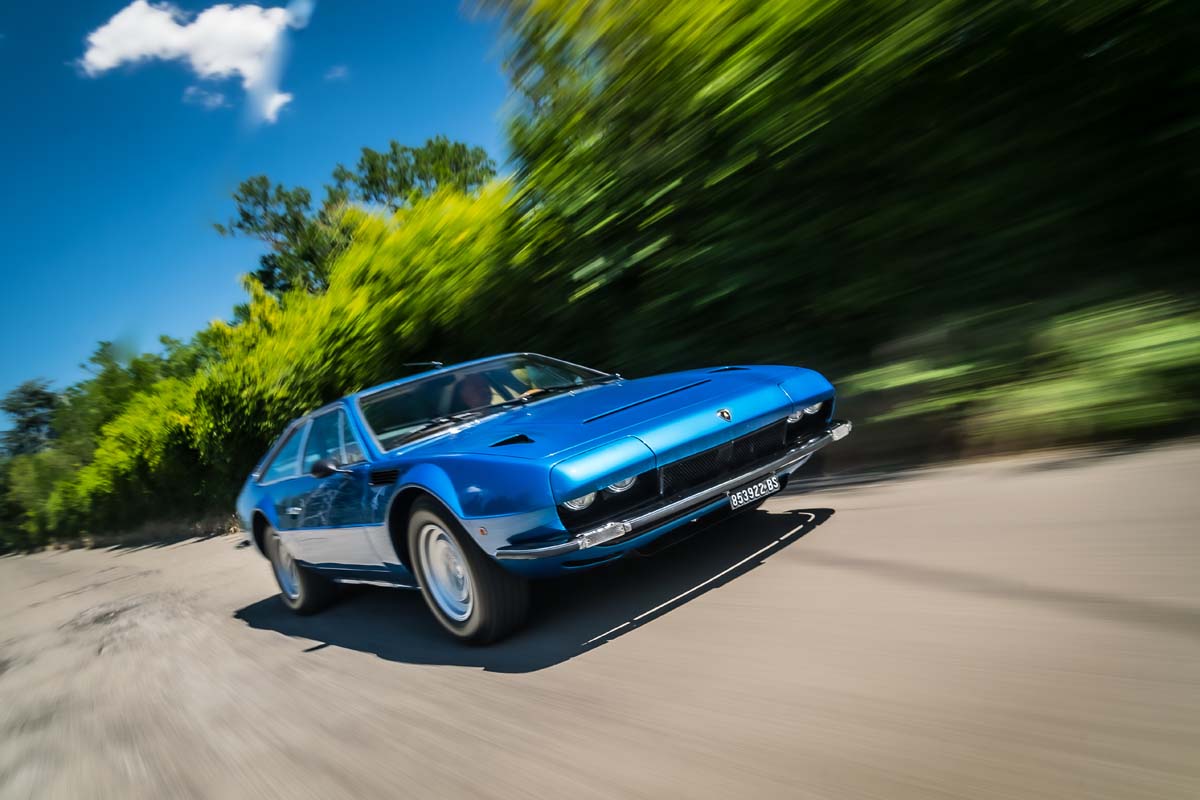 Mirroring Lamborghini’s experience with the Islero, initial reaction to Jarama at its Geneva debut was varied. The styling was polarizing, but then again, it was always going to be in the shadow of the more daring Miura and Espada. What most early observers were united on was the poor build quality, excessive weight and inefficient interior layout that included an uncomfortable driver’s position, odd positioning for the instruments, even odder placement of the switchgear and a schizophrenic air conditioning system. To be fair to Lamborghini, some of these criticisms could be directed at many other Italian cars of the period.

Positives included the performance of the brakes, sharp handling and overall quality of the ride, despite the nose-heavy weight bias that came from the front-mounted engine and compact dimensions. Contributing to this was fully independent suspension, made up of double wishbones, coilover Koni dampers and anti-roll bars. 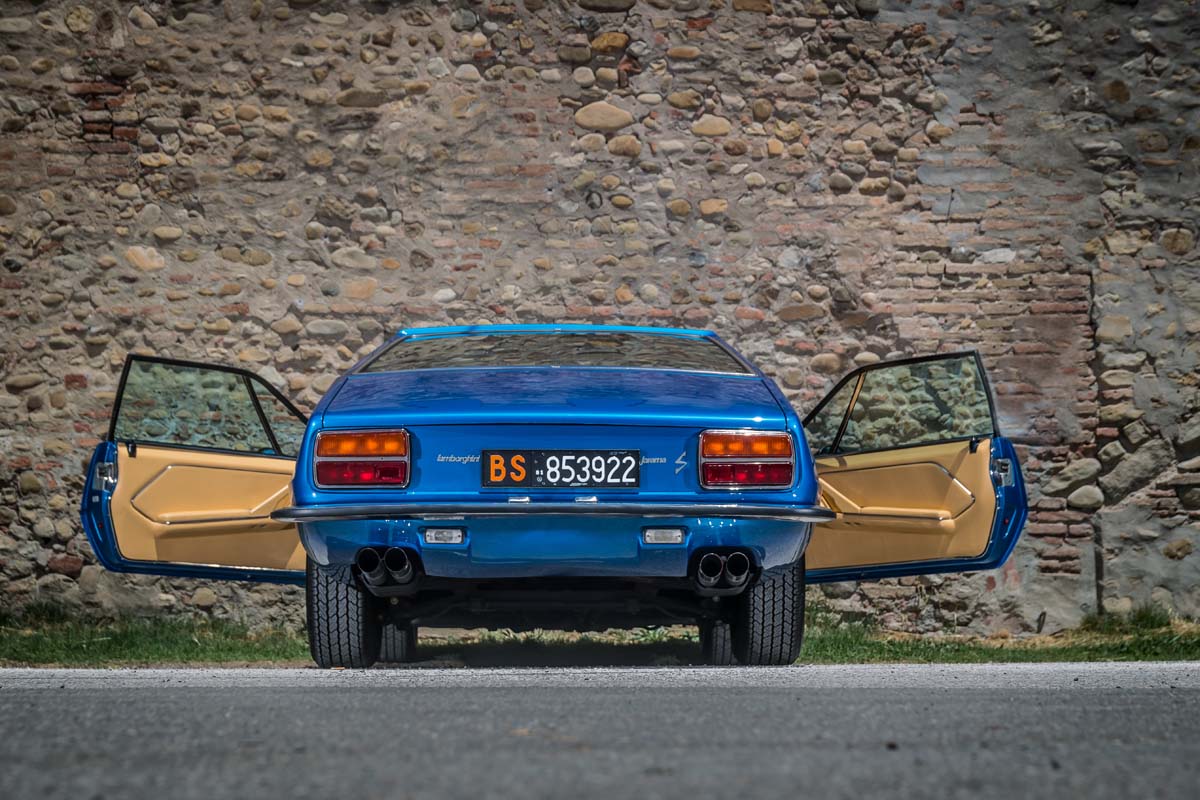 Although it carried excessive weight, the Jarama performed admirably, with 0-100km/h acceleration in the 7.0-second range and the ability to cruise autostradas comfortably at 200km/h.

The wider track that came with the Espada chassis helped the Jarama feel more planted at speed, with wider and stickier Michelin tyres playing their part, too. The downside was that slow speed manoeuvring was a workout, as there was no power assistance for the steering.

Two years after the Jarama’s debut, Lamborghini launched an updated version – the ‘Jarama S’ (aka 400 GTS) – that addressed some, but not all, of the criticisms of the original.

While the wheels were different and a modest scoop and air vents were added, most of the improvements were found inside.

Power steering became standard shortly after the Jarama S’s release, with a Chrysler-sourced automatic transmission optional from 1974. However, the Torqueflite three-speed was poorly matched to the Lamborghini V12 and the five-speed manual remained the better and more popular transmission. 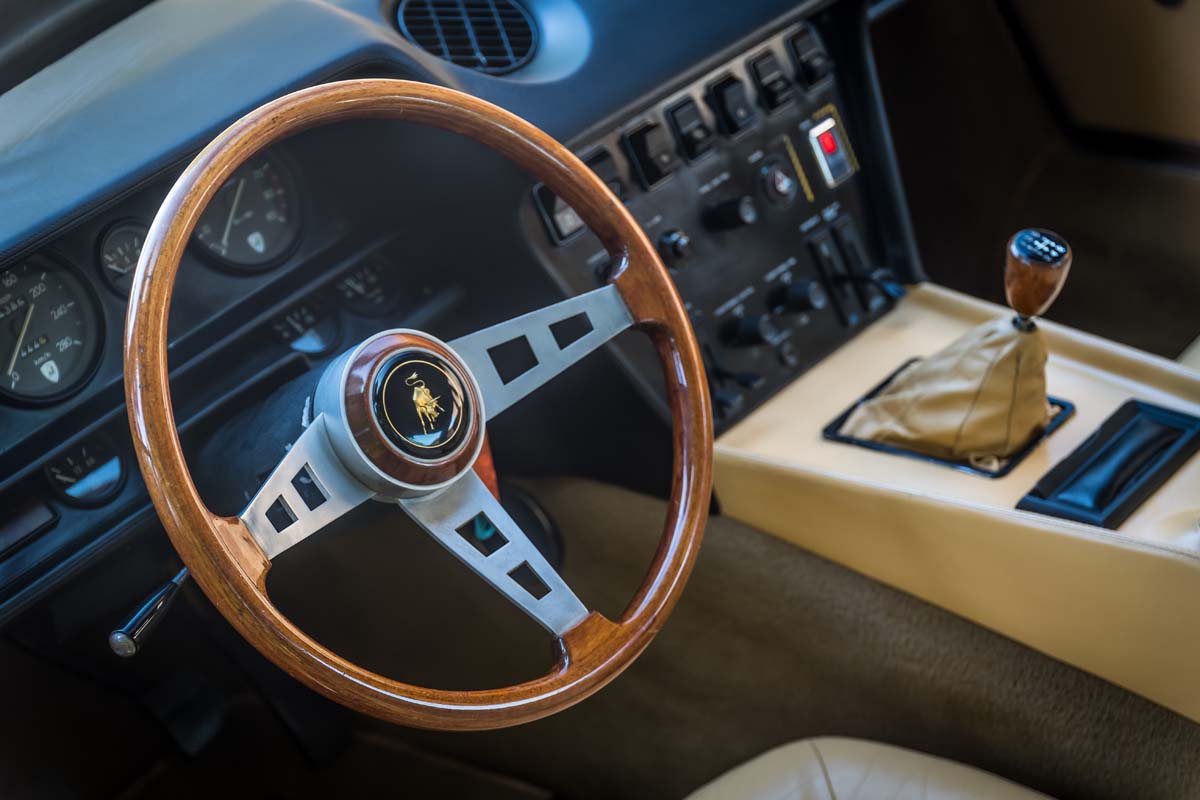 Revisions to the heads, cams, carburettors and exhaust system improved power to 365hp (272kW), while the peak 379Nm torque was unchanged. A greater top speed was claimed by Lamborghini, but like their suggestion that the Jarama S was 80kg lighter, this has been disputed. 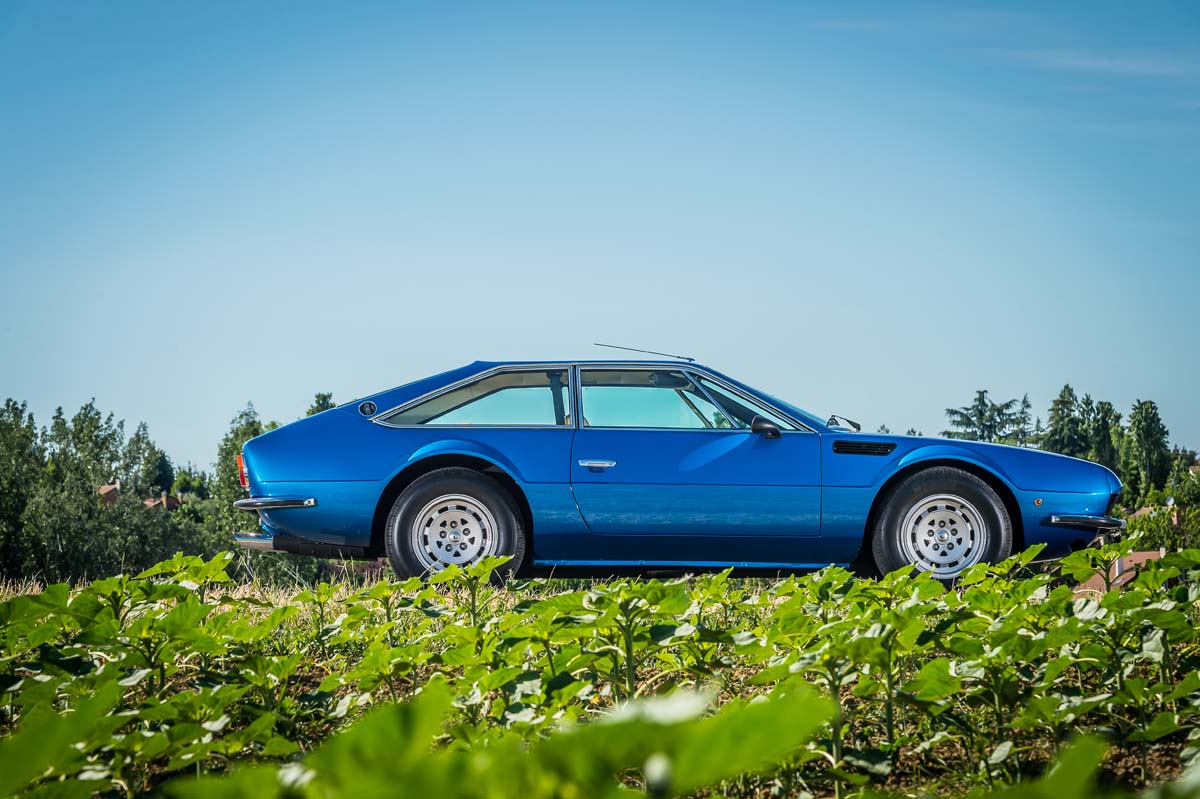 The Jarama S was subject to the same indifference as the original and was actually produced in fewer numbers - 152 to 176 – before production ceased in 1976. The onset of the first oil crisis didn’t do the Jarama any favours, nor did Lamborghini’s own internal ructions that led to Ferruccio Lamborghini selling his stake in the company in 1974.

When in production, the Jarama was always in the shadow of other more exotic Lamborghinis, first the Miura and Espada, then the Countach. That’s continued today, with those models being the belles of the collector market, while the Jarama remains the ugly stepsister.

That doesn’t mean the Jarama is a bargain, though. European auction pricing in the last five years has been erratic, ranging from around AU$180,000 to as much as AU$325,000 for exceptional examples. In the US, auction prices have been more stable, averaging at around AU$150,000 over the same period. The small production and meagre right-hand drive total mean Jaramas rarely come up for sale or auction in Australia. Examples that do are likely to be in the AU$300,000 range, but those with a large wad to spend on a classic Lamborghini usually look to the higher profile models first, so Jarama values haven’t risen as much as some other models have in recent years.

The significance of the Jarama lies in the fact that it was the last Lamborghini car to be front-engined. LM002 and Urus SUVs aside, all subsequent new Lamborghinis have been mid-engined.