Quarter of F40, F50, Enzo and LaFerrari
While the sight of Ferraris on the company's Fiorano test track is a common event, there was recently a special gathering of the marque's finest late-model supercars.

The rare quarter of F40, F50, Enzo and LaFerrari was made all the more special as each was driven, in turn, by Ferrari's longstanding test driver, Dario Benuzzi.

A part of the Ferrari development team since 1969, Benuzzi was familiar with all four units, as he test-drove them on the same track throughout their development. In driving each of the milestone cars in Ferrari's technological evolution, Benuzzi relived the emotions of a lifetime career with the Prancing Horse.

The grouping of all four limited-edition special series Ferraris out on the track at once made for a pretty special sight, and one that's unlikely to be repeated in the near future. 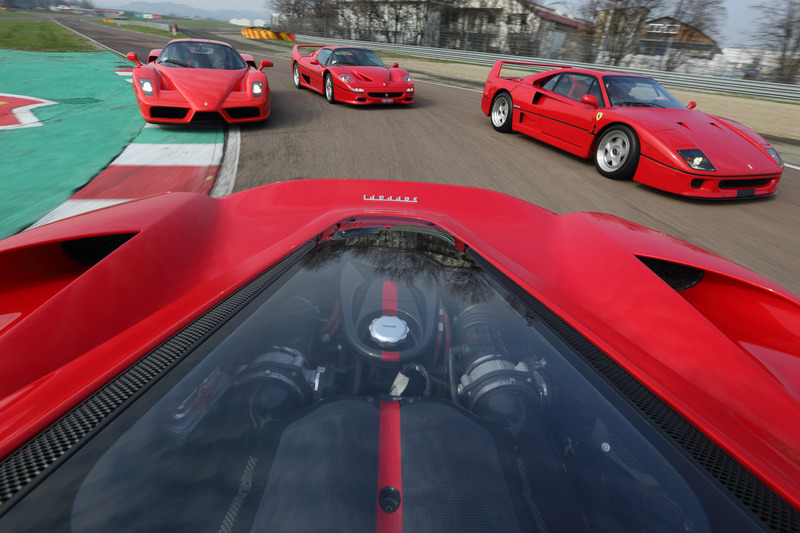