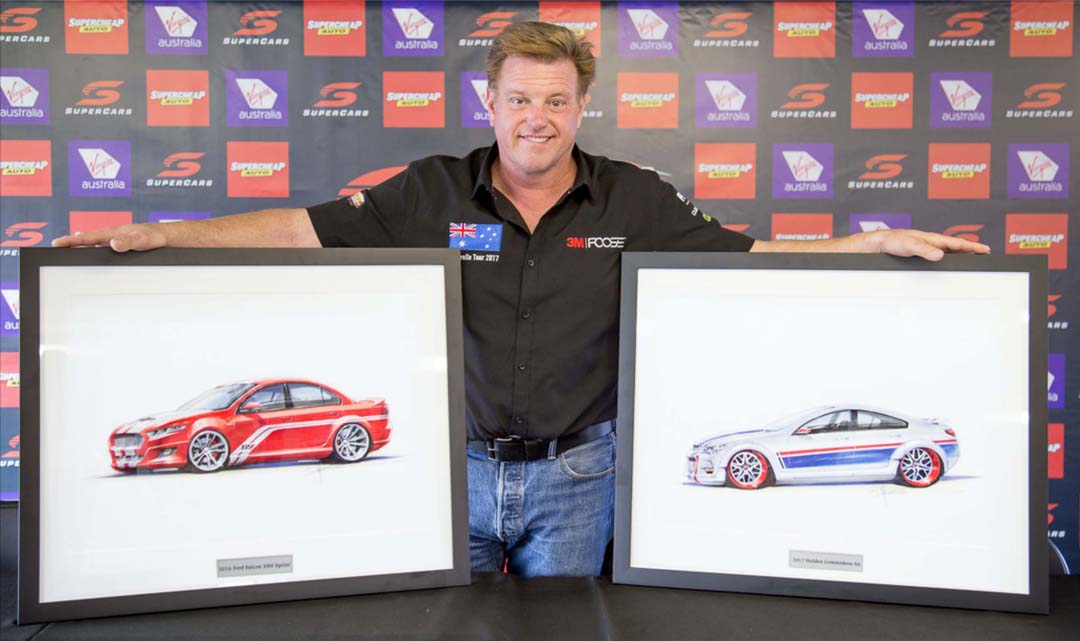 Legendary car designer and customiser Chip Foose has become something of a regular visitor to Australia. His most recent visit this past October saw the three-time Ridler Award winner drop in to Mount Panorama for the Supercheap Auto Bathurst 1000, unveil a new product from sponsor 3M, present his own take on two Aussie car icons, and also spend time with what’s claimed to be the only Foose-designed muscle car in Australia.

As a global brand ambassador for 3M, Foose’s main job during his Australian visit – part of a global tour - was to launch the 3M PPS (Paint Preparation System) Series 2.0 Spray Cup System; a new version of the disposable paint cup spray painting system invented by 3M that’s designed for both professional and home enthusiast use.

Foose unveiled the PPS Series 2.0 Spray Cup System at the Gosford Classic Car Museum, where he also checked out the 1969 Chevrolet ‘Foose Camaro’ originally built to his design by US company Unique Performance. Launched in 2005 with plans for a run of 500, only a handful of Foose Camaros were completed before the venture folded.

Described as the only one in Australia, the Foose Camaro carried a $300,000 reserve guide when it was consigned through Pickles Auctions as part of a special sale of more than 70 of the museum’s cars, including Ferraris, Rolls-Royces and Lamborghinis on 28 October. The Foose Camaro bid strongly and while it failed to meet its reserve, the car continued to show interest afterwards.

While at the Gosford Classic Car Museum, Foose also unveiled drawings he did of two modern Aussie muscle cars: a Ford FG X Falcon XR8 and Holden VFII Commodore SS, each of which featured Foose custom touches. Acknowledging the end of Australian car manufacturing, the one-off renderings were generously donated by Foose to raise funds for ‘Feel the Magic’, a not-for-profit organisation that runs Australia’s leading grief education and support programs for children. Auctioned via eBay in October, the Foose Commodore rendering sold for $1,751, while the XR8 Sprint drawing sold for an impressive $2,700. 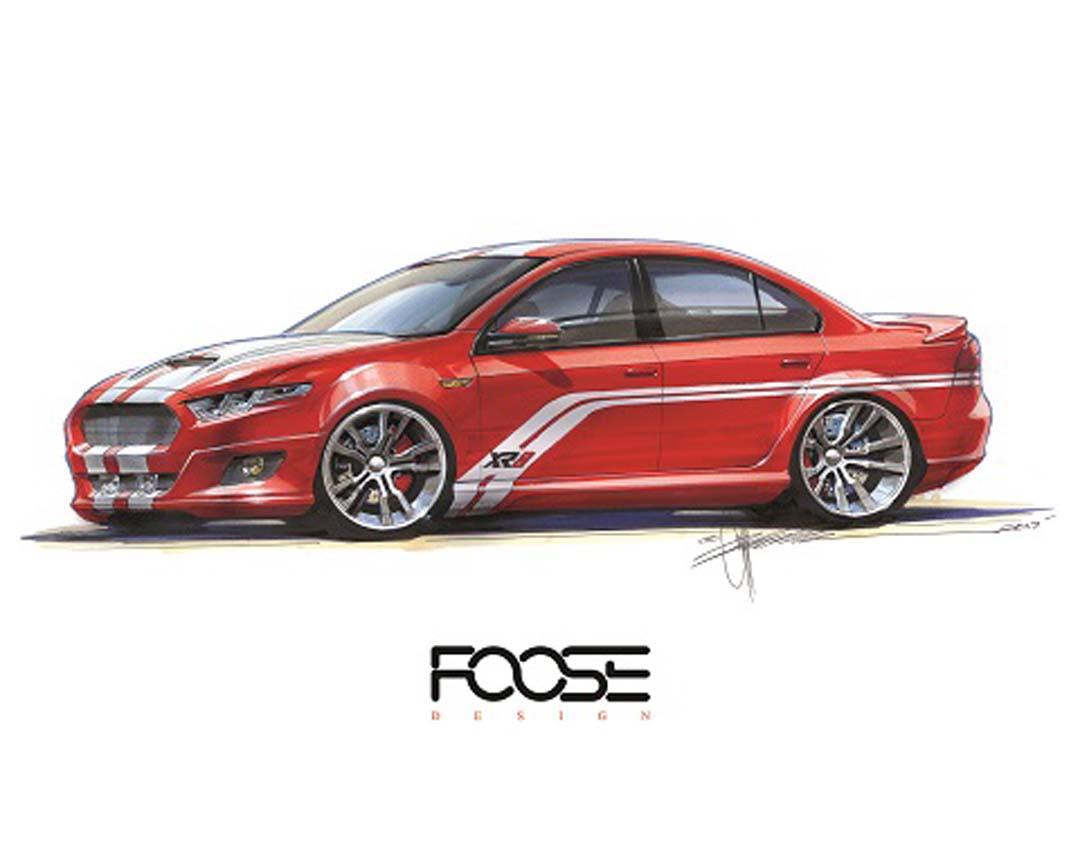 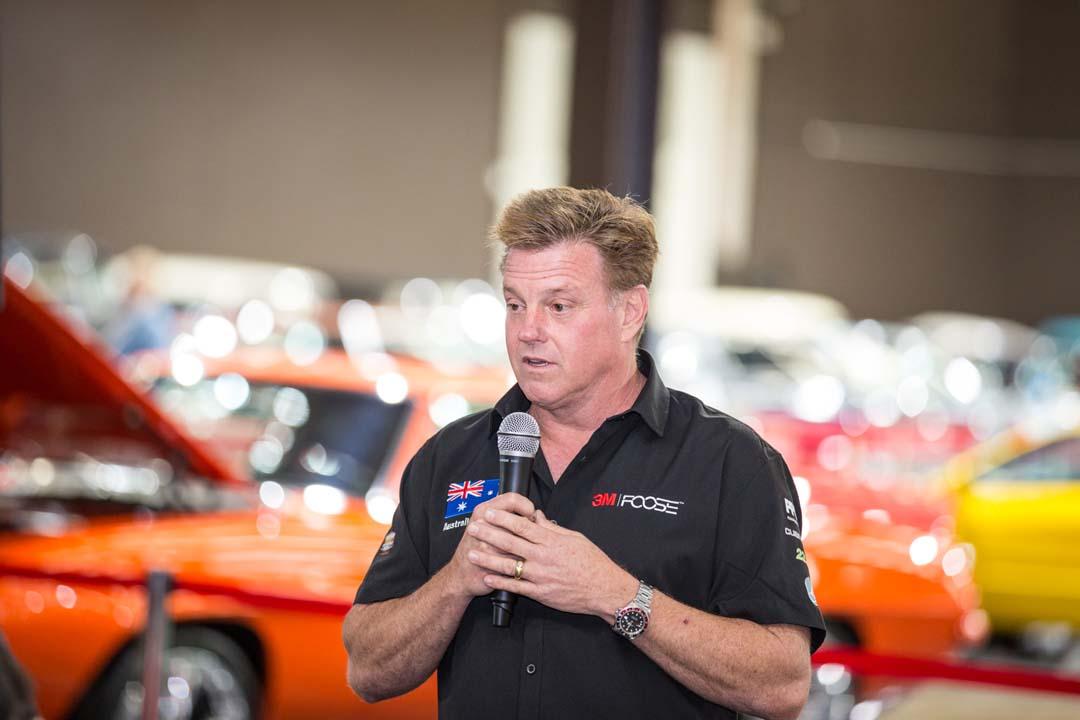 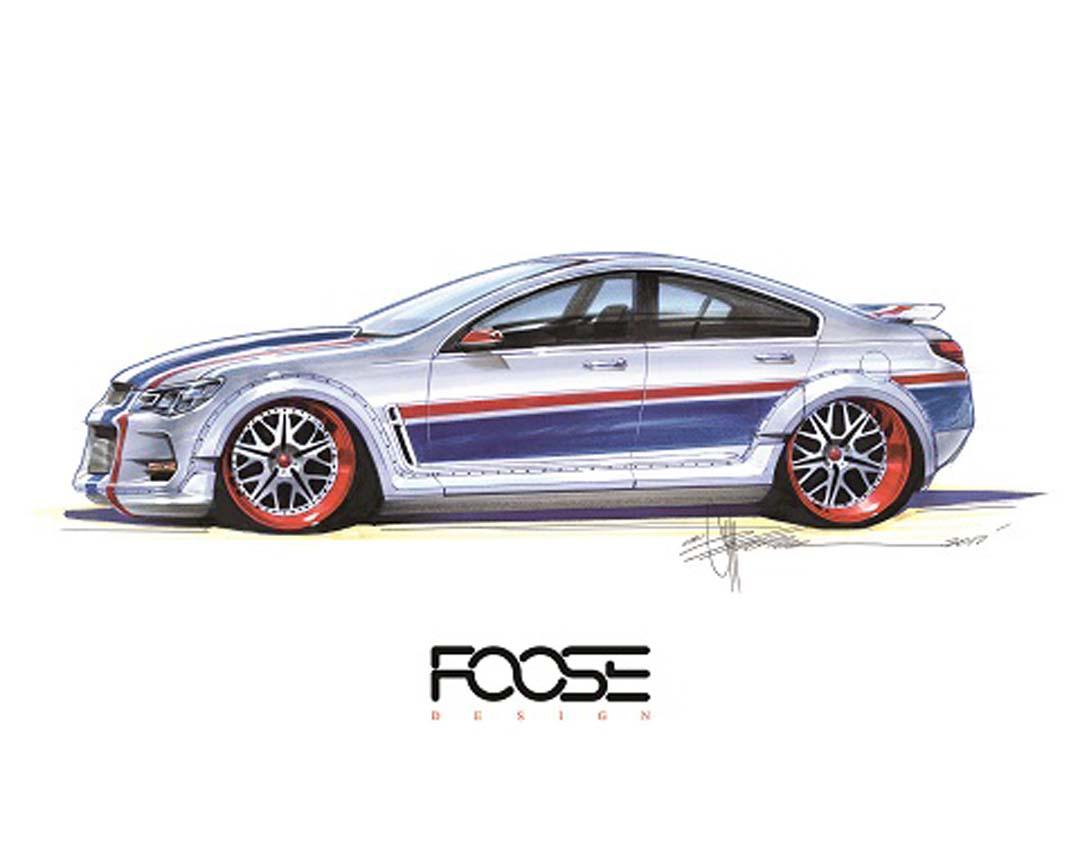 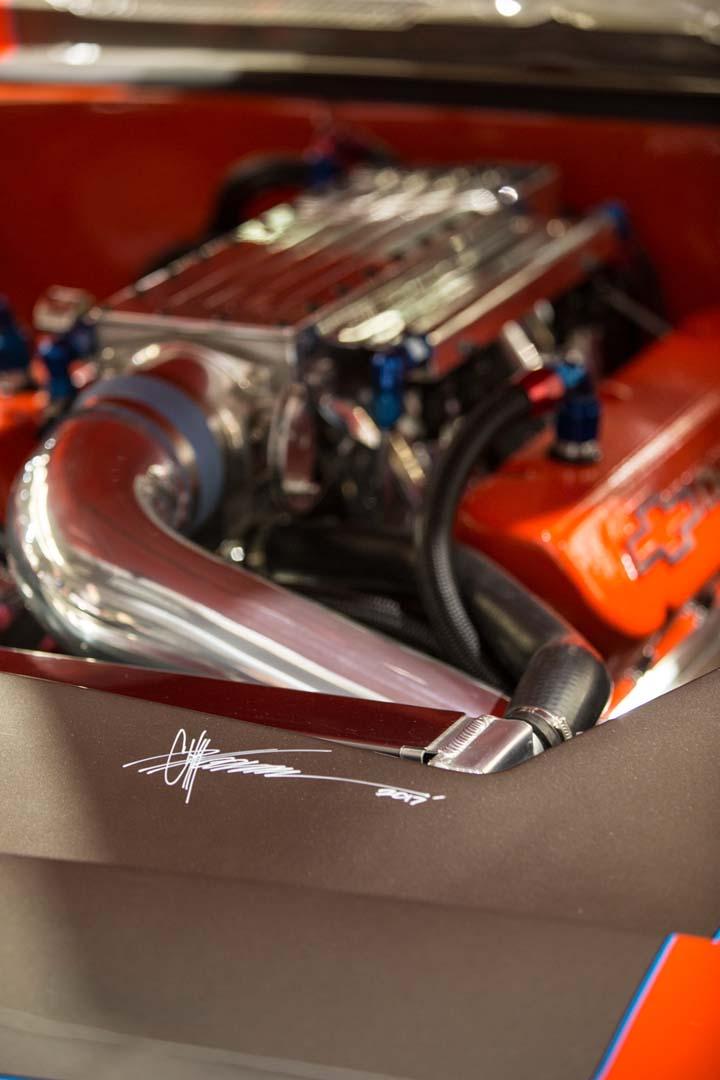 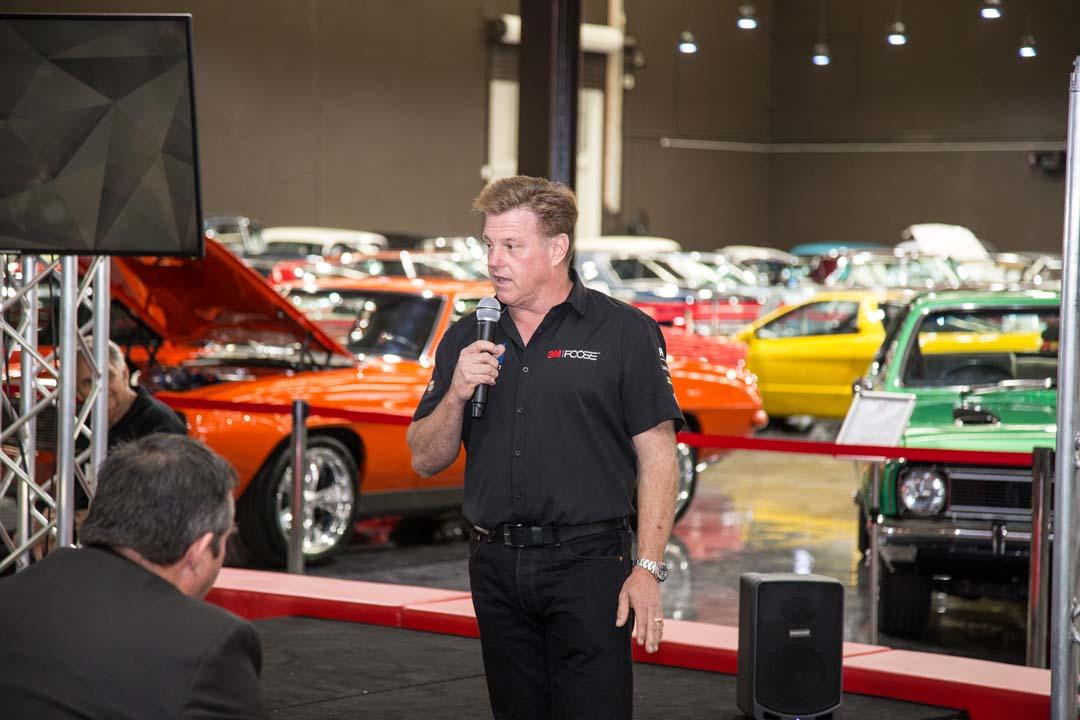 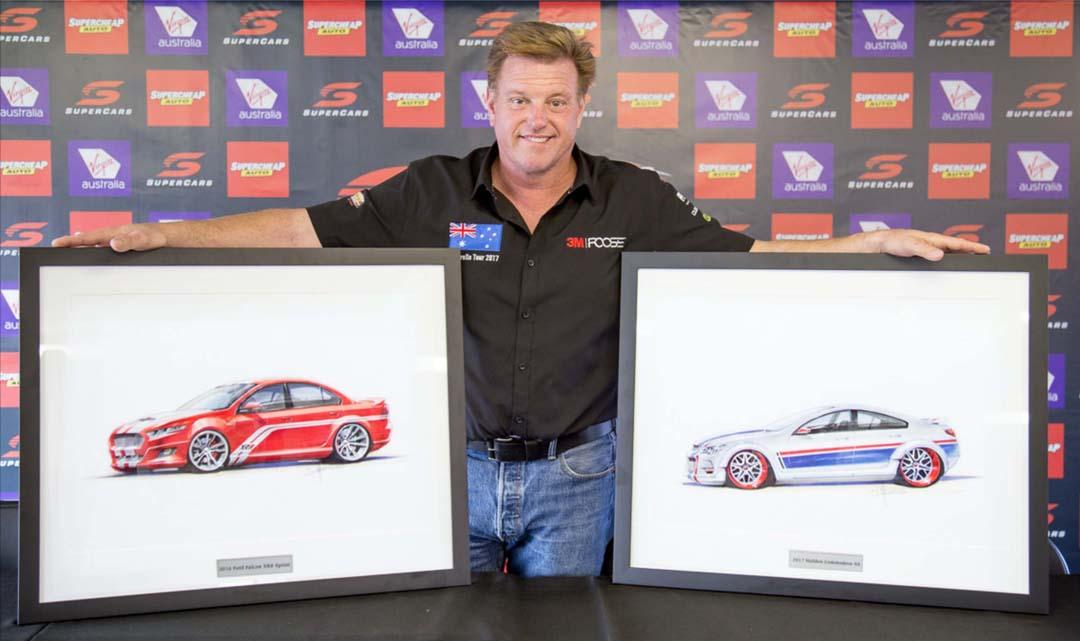 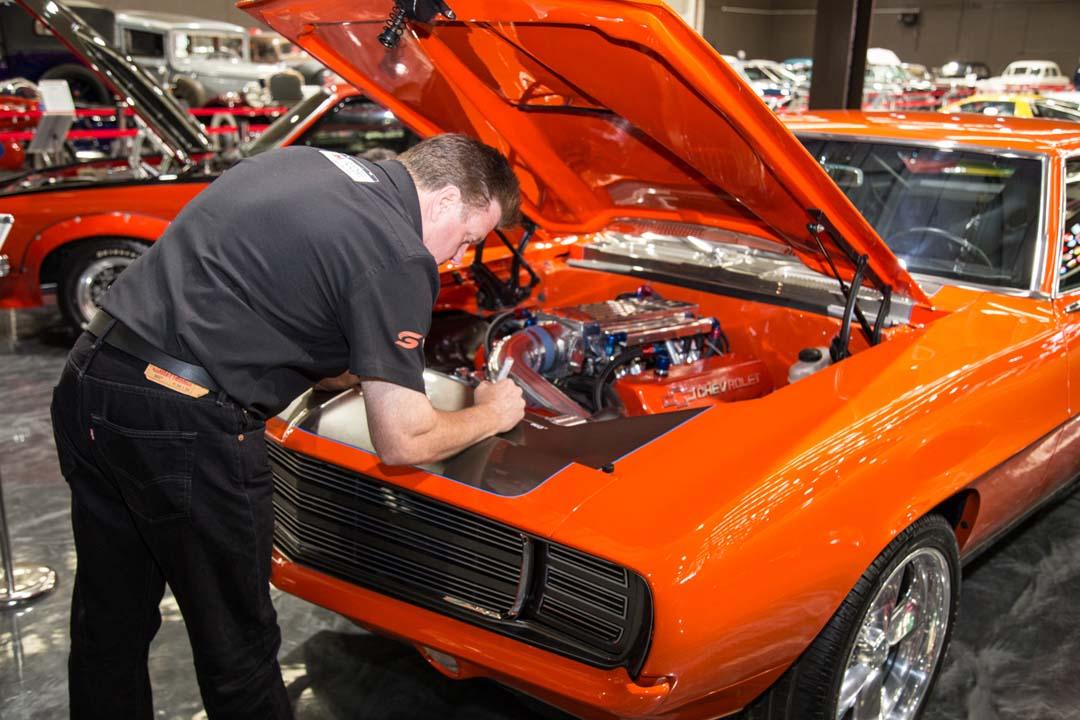