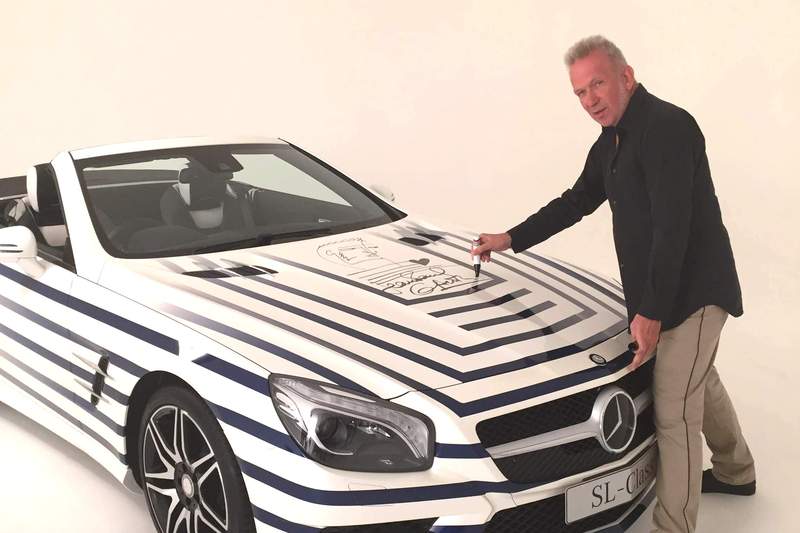 Wrapped in a distinctive, geometric design created by fashion designer, Jean-Paul Gaultier, the SL-Class convertible was a centrepiece of the exclusive, invitation only launch of "THE FASHION WORLD OF JEAN PAUL GAULTIER, FROM THE SIDEWALK TO THE CATWALK" at the NGV on October 21.

Gaultier later personally signed the one-off car's bonnet, which will now be auctioned off for charity. In an exclusive co-operation, Mercedes-Benz and Sotheby's Australia have teamed up to auction the bonnet to raise funds for Brainwave. The auction will take place at 5.30pm on October 29 at Sotheby's, with all proceeds going to the charity for pediatric neurological conditions.

The Chief Executive Officer of Mercedes-Benz Australia Pacific and Managing Director Of Mercedes-Benz Passenger Cars, Horst von Sanden said "The incredible creativity and passion of Jean Paul Gaultier is at the centrepiece of this exhibition.

"Jean Paul has designed a wrap for our iconic SL and he has also signed the bonnet. In collaboration with Sotheby's Australia we will auction the bonnet to raise funds for Brainwave. We expect this unique offering to attract international interest."

The Chairman of Sotheby's Australia, Geoffrey Smith said "Sotheby's Australia is delighted join Mercedes-Benz to auction the SL-Class bonnet signed by Jean Paul Gautier to raise funds for Brainwave. The auction will be the only opportunity to acquire this one of a kind personally signed Jean-Paul Gaultier creation."

Further details on the auction can be found at sothebys.com.au. Find out more about Brainwave at brainwave.org.au 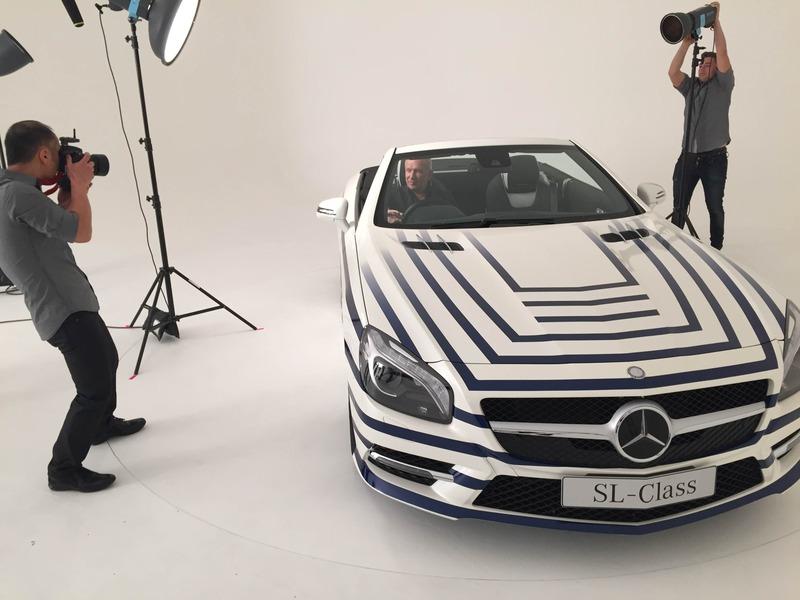