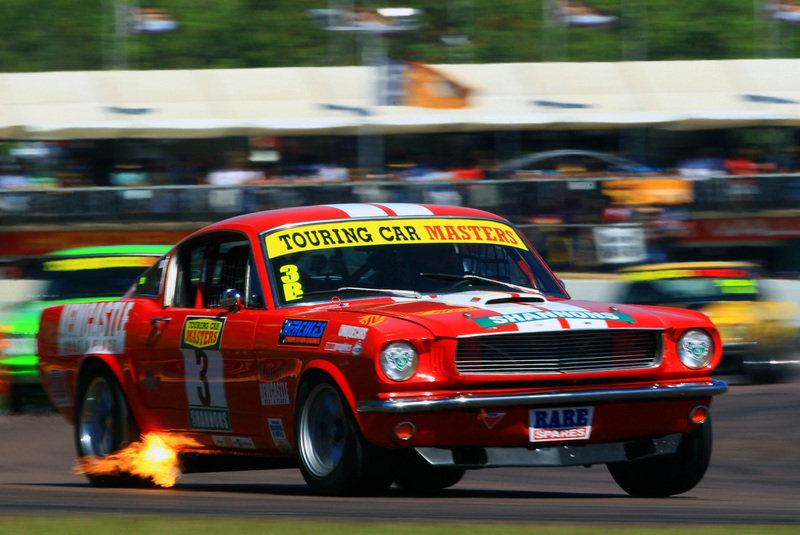 For those cars deemed too rare or valuable to risk in racing, hot lap sessions will run across the day. One of the famous vehicles running in these hot laps is the Australian Touring Car Championship winning 1967 Ford Mustang of the late Ian 'Pete' Geoghegan, driven on this special occasion by his son Michael.

"It's an incredible honour and privilege to be given the opportunity to drive one of dad's old race cars, let alone his famous championship winning Mustang," said Michael.

"As a little boy I always dreamt of driving this car, so this really is a dream coming true. The only disappointing thing is that dad isn't around to see it."

Additional attractions include a display of some of the most valuable road-registered muscle cars in the country, including a celebration of the 40th anniversary of the XA Falcon GT, Valiant Charger R/T E49 and Holden LJ Torana GTR XU1, the 30th anniversary of the VH HDT Commodore SS Group 3, as well as a merchandise mall.