Milestone victory achieved in chaotic race, with more wins to come in future.

Lewis Hamilton has reaffirmed his status as the most successful driver in Formula 1 history after notching up his 100th race win at the Russian Grand Prix on 26 September. 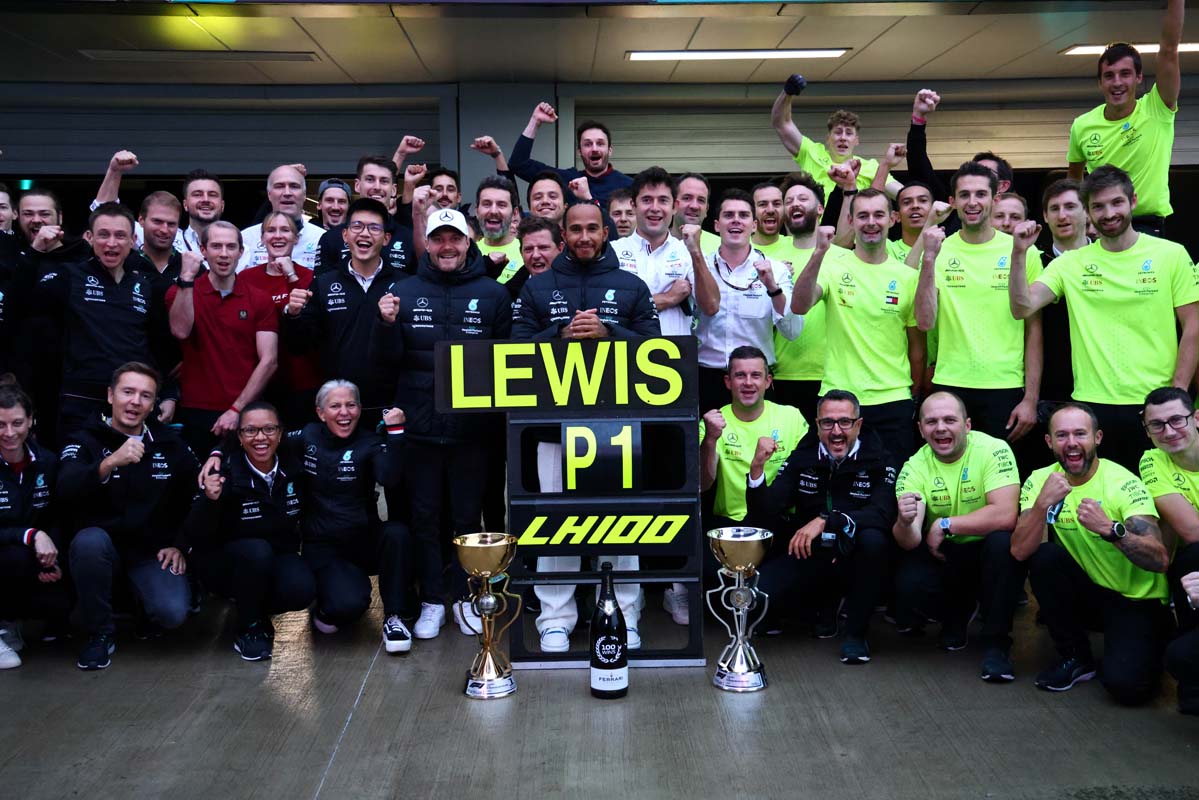 The first driver in Formula 1 history to achieve 100 victories, Hamilton’s milestone came at a rain-affected Sochi race that was perhaps more memorable for Lando Norris’s blunder that cost him his first F1 win. 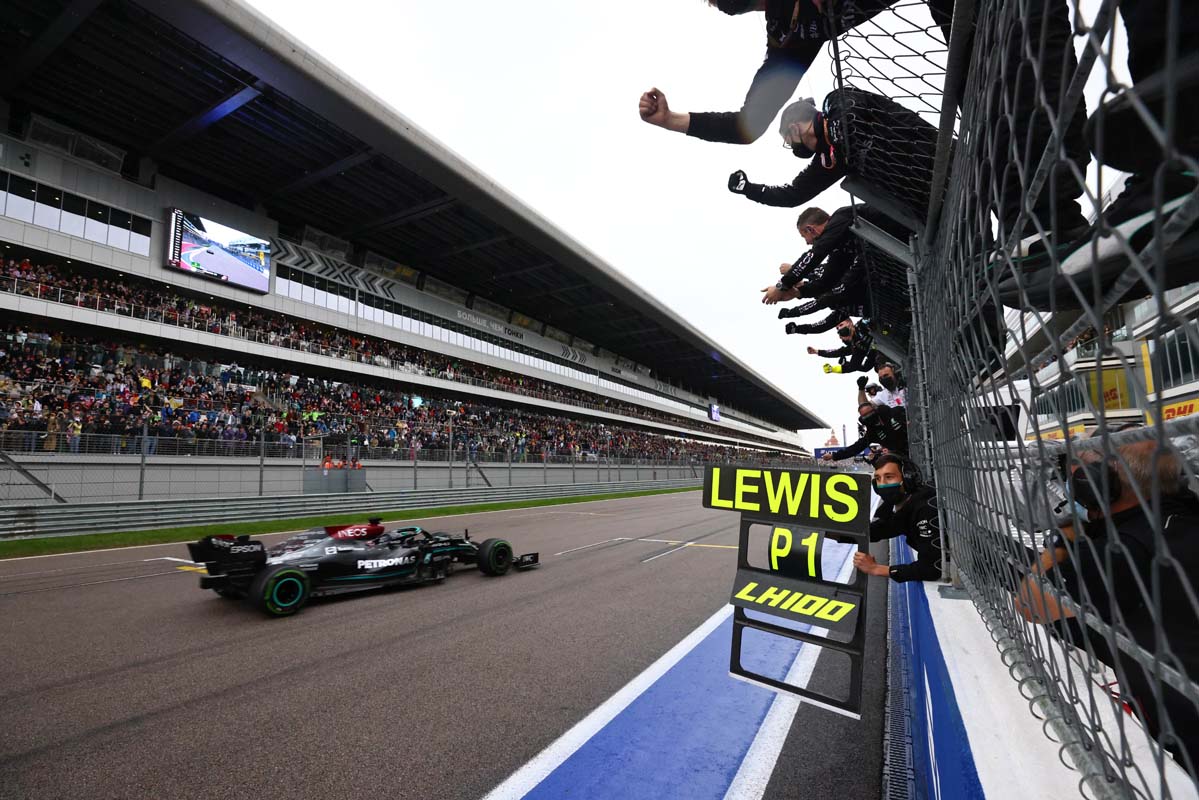 Hamilton’s decision to pit for intermediate tyres in wet conditions late in the race meant he ultimately won easily, finishing ahead of his main title rival, Red Bull Racing’s Max Verstappen, to retake the lead in the drivers’ championship. 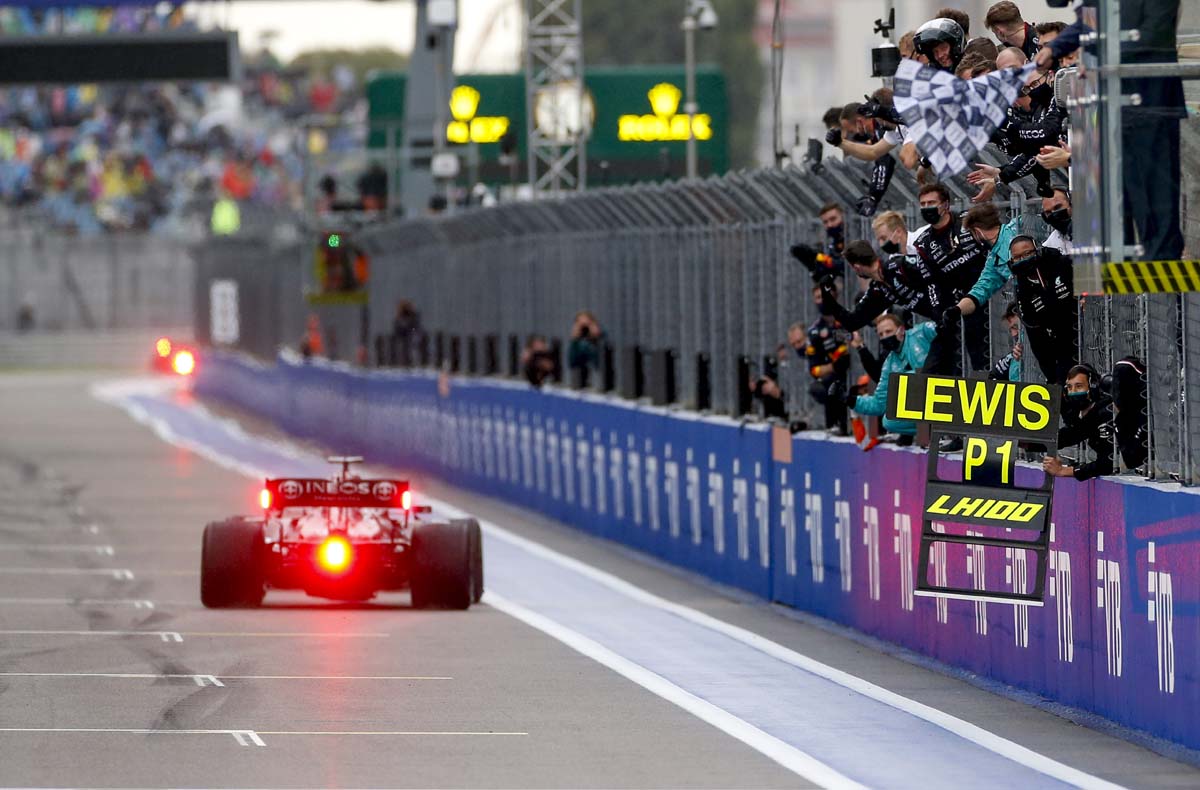 “Wow… 100! It’s taken a long time and I wasn’t even sure the 100th would come!” Hamilton joked, referencing the fact that the Sochi win was only his second victory from the previous eleven races.

“I lost a lot of ground at the start, just trying to stay out of trouble (but) I was patient. Of course, I didn’t know what the rain was doing, it was just my feeling but I’m incredibly grateful to the strategy team for the job they did.

“Getting anywhere near 100 victories wouldn’t be possible without the hard work of the men and women here and back at the factory, I’m so grateful to them - it just feels so special.” 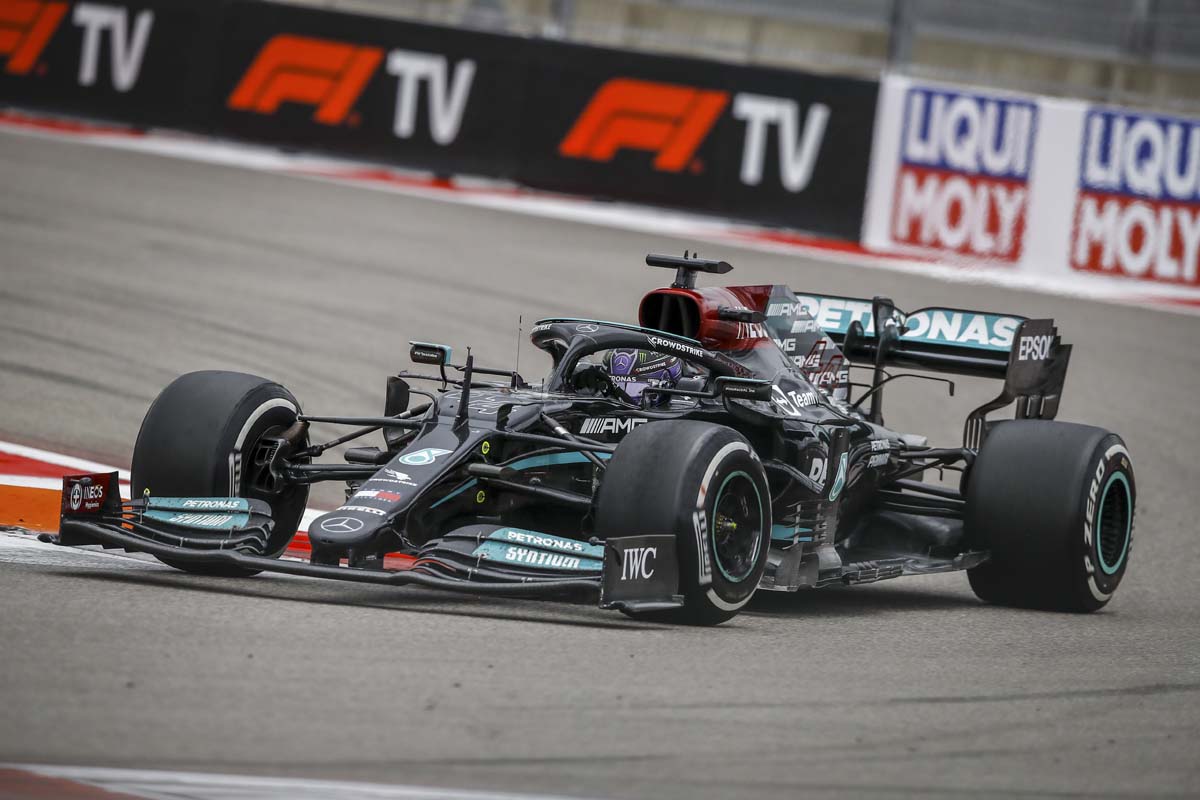 The 100th win for Hamilton comes 15 years after his first, which was at the Canadian GP in 2007. That race was also the Brit’s first F1 pole.  Of those 100 victories, 79 have been achieved in a Mercedes and 21 in a McLaren, where Hamilton started his F1 career.

At time of writing, Hamilton has been most successful at the Hungarian and British Grands Prix, with eight wins apiece at each. But at the Australian Grand Prix, Hamilton has won only twice – 2008 and 2015. 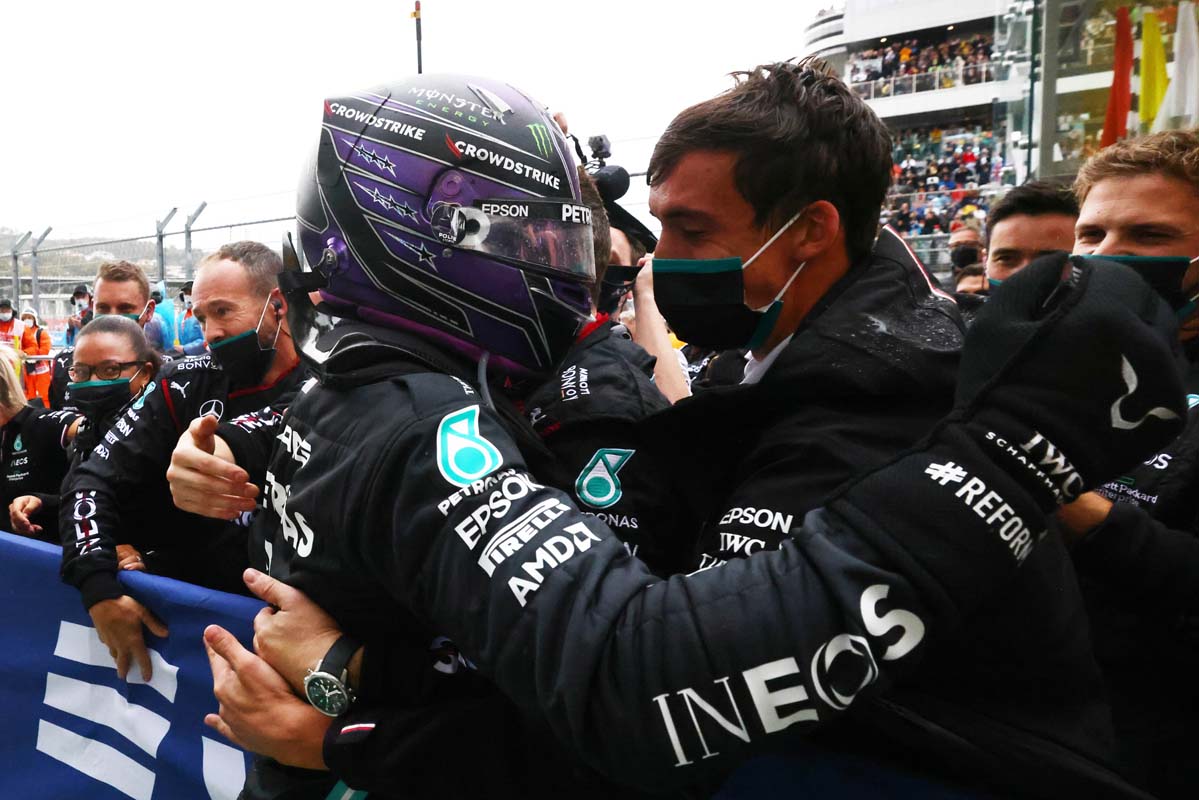 Mercedes F1 team boss, Toto Wolff, said that the magnitude of Hamilton’s achievement won’t be truly recognised for some time.

“What we are witnessing is just mind-blowing. It’ll only be years down the line when we realise that we’ve all been part of this journey - a journey no other driver in F1 history has done so far,” Wolff said. “A big congratulations to Lewis on his 100th win.” 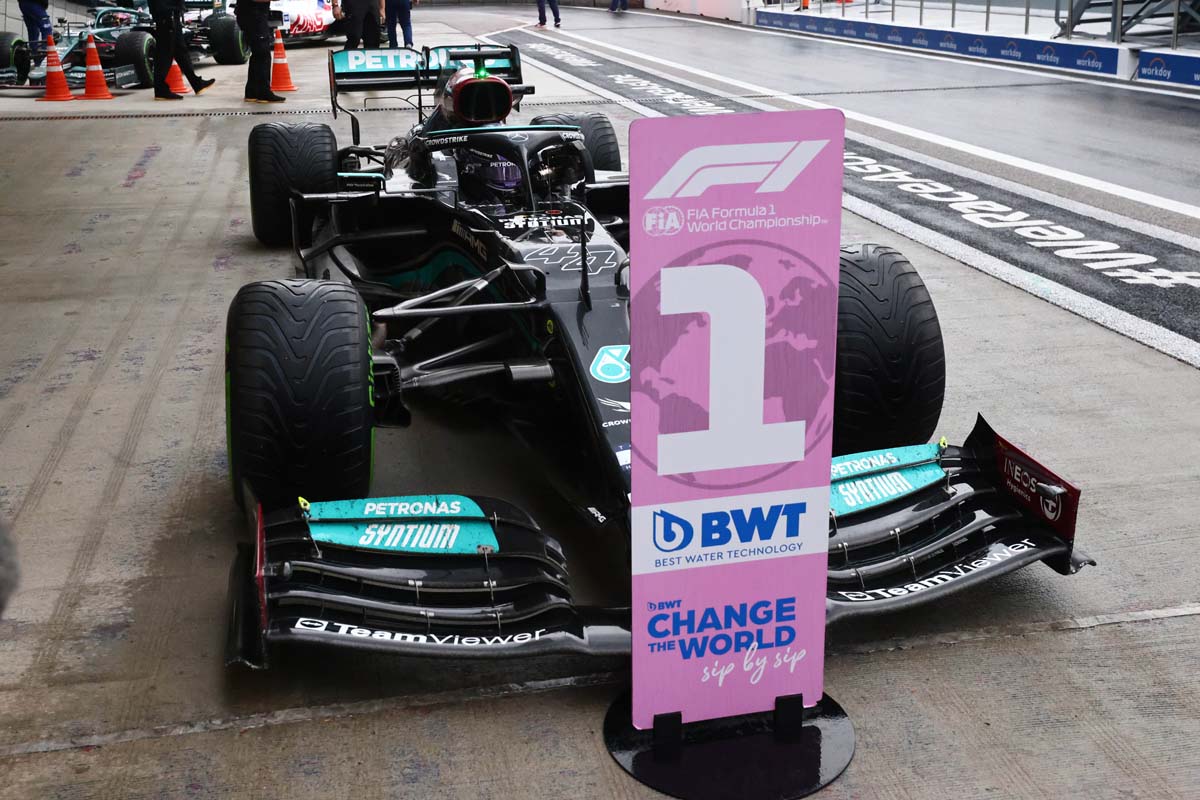 While debate will continue over whether Hamilton is the greatest F1 driver of all time, on pure numbers – including race wins, podiums and championships – he has already eclipsed virtually every other driver past and present, including Michael Schumacher, who held many of the records Hamilton has broken in recent years.

Hamilton already has more race wins, podiums and pole positions than Schumacher, and should he win this year’s drivers’ world championship, he will have more titles, too, eclipsing Schumacher’s seven world championships. That’ll leave only one meaningful measure where the German has the advantage - fastest laps – which sits at 77 to 57 in Schumacher’s favour at time of writing.