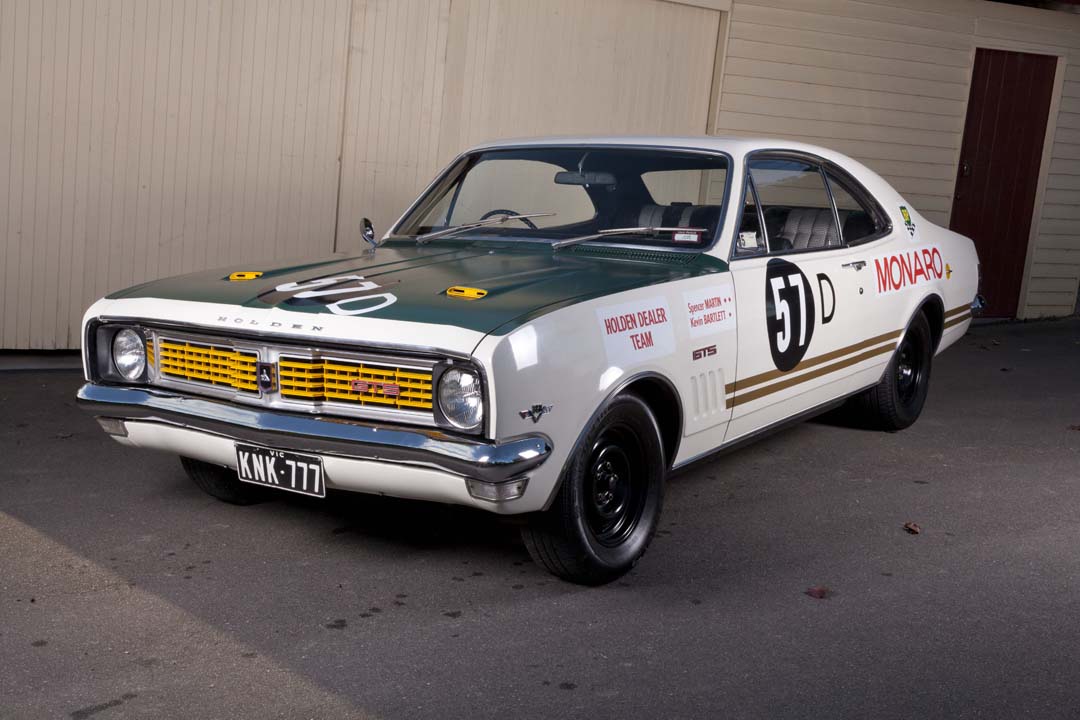 Shunned by Ford for being ‘too old’ Harry ‘The Fox’ Firth defected to Holden to head up the Holden Dealer Team with authority and factory money provided from GMH executive John Bagshaw to put Holden ahead of Ford where it counted most, on the race track. This was an era where the ‘win on Sunday, sell on Monday’ axiom was cutting edge marketing and Holden knew it had to up the effort to be in with a chance of beating Ford.

Firth requested four newly released Monaro GTS 350 and now with factory backing, took the cars to his same Auburn workshop where he had until recently prepared Ford race cars. The Monaros were supplied by various Holden dealers around Melbourne with this particular Monaro supplied by Campbell Motors in Preston. The cars were to be prepared for Sandown and then Bathurst a few weeks later with the first ‘Sandown’ car to be piloted by Spencer Martin and Kevin Bartlett, both of whom were Gold Star champions which was the annual award given to winners of the Australian Drivers’ Championship. The Monaro you see on these pages is the very first series production race car prepared for the newly formed Holden Dealer Team by Harry Firth and as such is the genesis of Holden racing in Australia from a team that would go down in history as the most successful in Australian motorsport history.

The Monaro performed well at the commencement of the race, ​dicing with the GTHOs and continually posting competitive lap times, consistently placing in the top three cars until approximately 45-minutes into the race when brake failure led to a spectacular fiery crash in which Spencer was lucky to survive but which would prove to be of huge benefit for the HDT.

​Period pictures of the Sandown race show the front brakes belching smoke right before the accident. Unbeknownst to all involved with the race team there had been a mix-up with the brake pads for the Monaro, those that were utilised for practice, a road set and a race set. The high-tech system consisted of two small boxes with "road pads" and "race pads" written on the exterior of the boxes. After the last practice prior to Sandown someone placed the race pads in the road pad box and vice versa. Subsequently during the race Spencer Martin having reached the end of the front straight at Sandown well in excess of 100mph squeezed the brakes only to find the pedal went straight to the floor, the road pads not able to cope with the extreme conditions of racing. Spencer was no fool and knew the consequences of hitting the fence at speed and instinctively reefed on the handbrake, spun the Monaro around backwards and hit the Armco at approximately 80mph, sending the car over the Armco and down onto the return road. This trip through the fence saw the Armco rip the Monaro’s fuel tank open with fuel spilling out and hitting the hot exhaust manifold and immediately igniting. ​The fire was so fierce that for the first time in history, the race was stopped due to the poor visibility for the drivers. Meanwhile, Spencer was trapped in the car unable to open the door as the force of the crash had compacted the doors into the quarter-panel and they couldn’t be opened. With fire raging around him Spencer managed to crawl out of the driver’s side window and escape unharmed but visibly shaken. Luckily for Spencer and the Holden Dealers Team, Women for Wheels, the newly formed fire fighting group were at hand and quickly extinguished the flames. ​Holden immediately demanded an explanation from Harry Firth stating "We want a report on our desk Monday morning as to why this failure occurred. We need to be able to compete with Ford at Bathurst"  and the story of the crash even made the front page of The Age newspaper in Melbourne the next day. ​

The vehicle was trailered back to Queens Avenue, Auburn where the Dealer Team began to strip it down to determine the cause of the accident. Although the vehicle had quite a high-impact accident, the damage was rather superficial and the body had hasty repairs to the damaged rear-quarter and fuel tank, those scars sustained during Sandown still evident today with the spare wheel well a highly visible example of this with a few crinkles from the shunt left for authenticity purposes, along with patched fuel tank, evidence of the new rear quarters in the lower B-pillar area and some charring of the window rubber.

The engine was removed, taken apart and inspected as was the entire braking system of the Monaro. In addition to identifying issues with the brake pads, the inspection of the engine identified a problem with the factory 350ci Chevy pistons. The pistons were starting to deteriorate due to the strenuous operating conditions so Firth made some modifications and used moly rings for the remaining three HDT Monaros for Bathurst, a change he didn’t notify Holden or other race team of. Firth’s decision was to prove significant a few weeks later.

This Monaro was also utilised to make three significant homologation changes to CAMS for the Bathurst race. With the HK 327ci, the Monaro had slotted rims to assist in venting heat away from the brakes. In their wisdom, the Holden styling department thought these vents looked at odds with the car so they deleted the slotted rims for the HT range. Harry Firth immediately applied to the Confederation of Australian Motor Sport (CAMS) to reintroduce the slotted rims as this would assist the cooling of the brakes. After this homologation change Holden reintroduced the slotted rims for the road going HT 350 GTS Monaro. In another moment of ingenuity Firth also applied to CAMS to have two cold chisel cut-outs applied behind the front bumper bar in line with the front brakes to allow cool air directly onto the front disks. CAMS approved these modifications. Subsequently, when these vehicles were sold from dealership floors there were cold chisel cut-outs behind the front bumpers of factory 350ci manual Monaros. The last homologated change was to the air filter as the factory air filter body didn’t allow sufficient airflow so Firth ordered four large hand-cut holes in the filter body to allow sufficient air flow. Due to the fact this vehicle was the very vehicle that was utilised to approve these homologated changes this car does not have the modifications except for the modified air cleaner. The cut-outs behind the front bumpers were never implemented and the slotted rims were never placed on the Monaro. When the Monaro raced it did not race with these characteristics on the car. Due to the historical significance of these amendments after this car raced the vehicle has been left in the condition it was raced in 1969.

After Sandown and the subsequent homologated changes to the Monaro, the Holden Dealer Team travelled to Bathurst with the status of underdog after Ford’s domination at Sandown.

Firth's secret in relation to the pistons in the 350ci Monaros proved to be a masterstroke. As the race developed, the privateers who had entered 350ci Monaros developed piston problems and subsequently had extensive pit stops or retired from the race. Ford had issues with tyre selection after radically selecting Goodyear tyres over the race-proven Michelins.  The Goodyear shredded under the stress of The Mountain and at the end of the day Harry Firth and the newly formed Holden Dealer Team were triumphant with the combination of Colin Bond and Tony Roberts coming in first place with Peter Brock, (in his first Bathurst race) and Des West coming in third. Little did anyone know that from this moment on the Holden Dealer Team would become the most successful team in Australia Motor Racing history.

After a few months the Dealer Team repaired the Monaro and Campbell Motors decided that it was time to dispose of the car. An advertisement was subsequently placed that requested tenders for the purchase of the Dealer Team car. The damage that was sustained during the Sandown race was rectified which involved the replacement of the two rear quarter-panels, the rear beaver panel, the boot and the front guards as well as patching the fuel tank that was damaged when the Monaro hit the Armco. (This fuel tank is still in the car and shows all of the scars and repair patches). Due to the fact that all of these modifications were implemented by the Holden Dealer Team no changes have been made to the Monaro as these changes have been deemed to be part of the Monaros historical significance.

One of the spectators at the Sandown in 1969 was Tony Connelly, an employee of GMH. Tony was a motor racing enthusiast and was informed months later that Campbell Motors of Preston was going to sell the Holden Dealer team car by tender. Tony subsequently submitted a tender document and was successful in purchasing the car. Tony Connelly owned the Holden Dealer Team car from 1970 until December 1998 during which it was used sparingly doing the odd hill-climb or circuit race. The car featured in several publications over the years, most notably in the July 1977 issue of Wheels where it spanked the much newer A9X Torana in performance testing and then in 1979 when driven at Bathurst by none other than Peter Brock (at race speed despite it just being a demonstration run!) for the Holden Dealer Team video entitled The End of an Era which was commissioned to celebrate HDT’s decade of domination at Mount Panorama. Interestingly for this video HDT changed the livery of the car and it remained for many years wearing Brock’s 1969 Bathurst number before being subject to an exacting rotisserie nut-and-bolt restoration by the current owner. Colin Bond also raced this Monaro in 1998 at the Classic Adelaide Rally with the vehicle to GMH at Fishermans Bend for a mechanical "freshen up" prior to the rally.

Icons come no larger in Australian motor racing than this Monaro and the sport is the richer for Firth’s determination. Besides, if Firth hadn’t persevered Peter Brock would probably have been famous for driving a Ford! 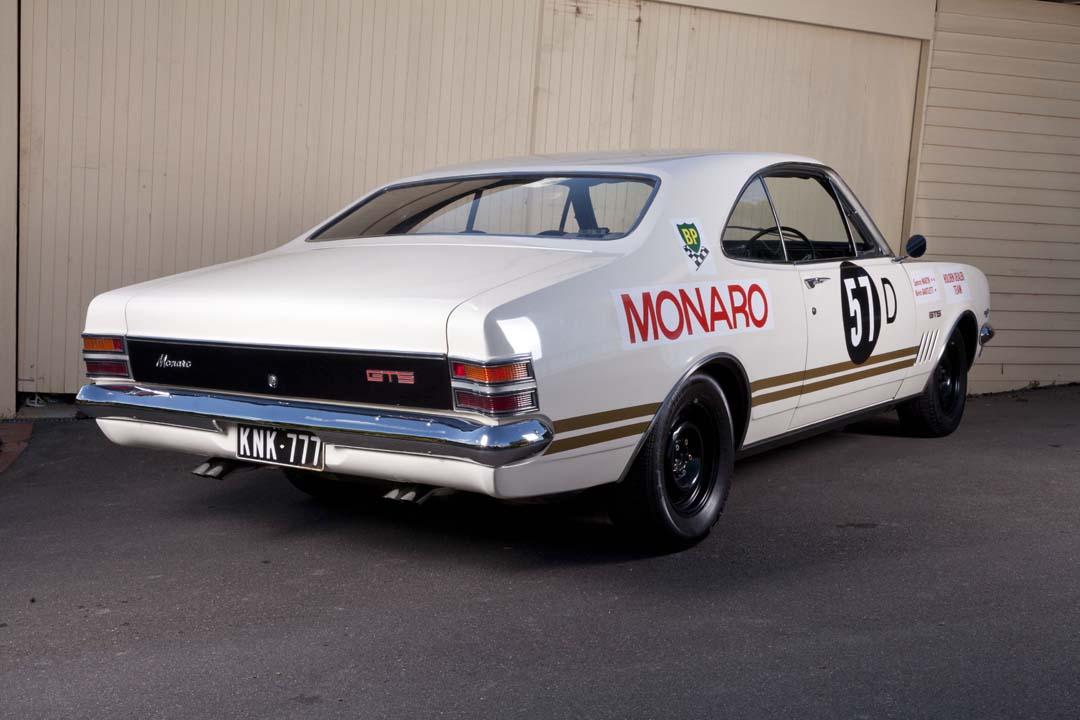 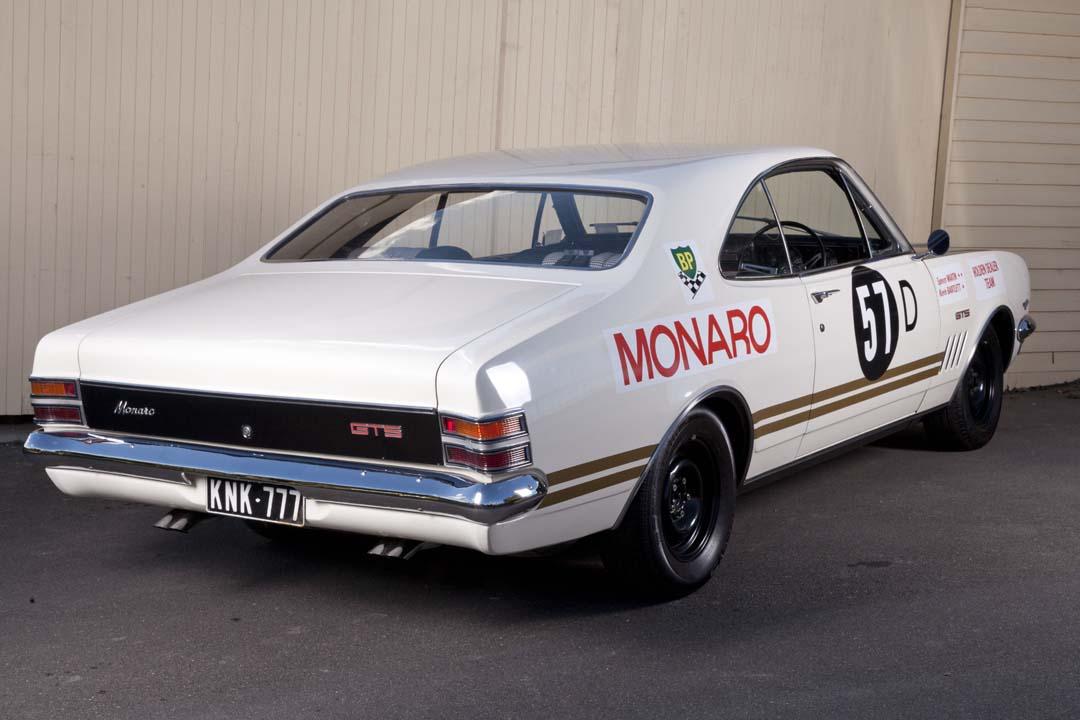 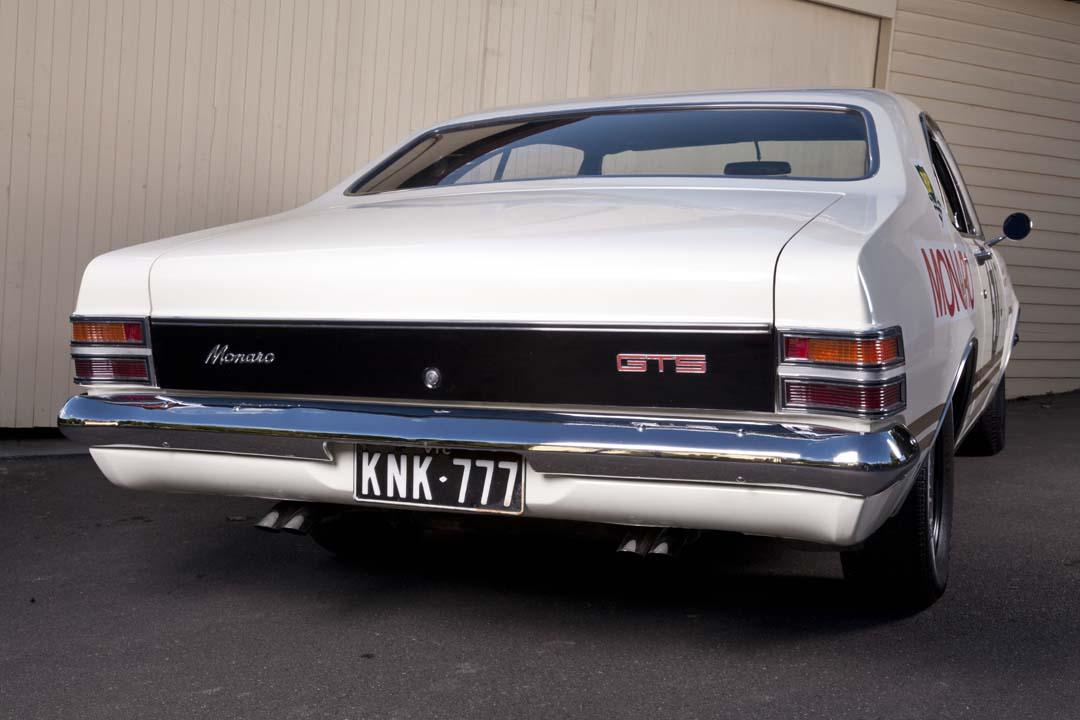 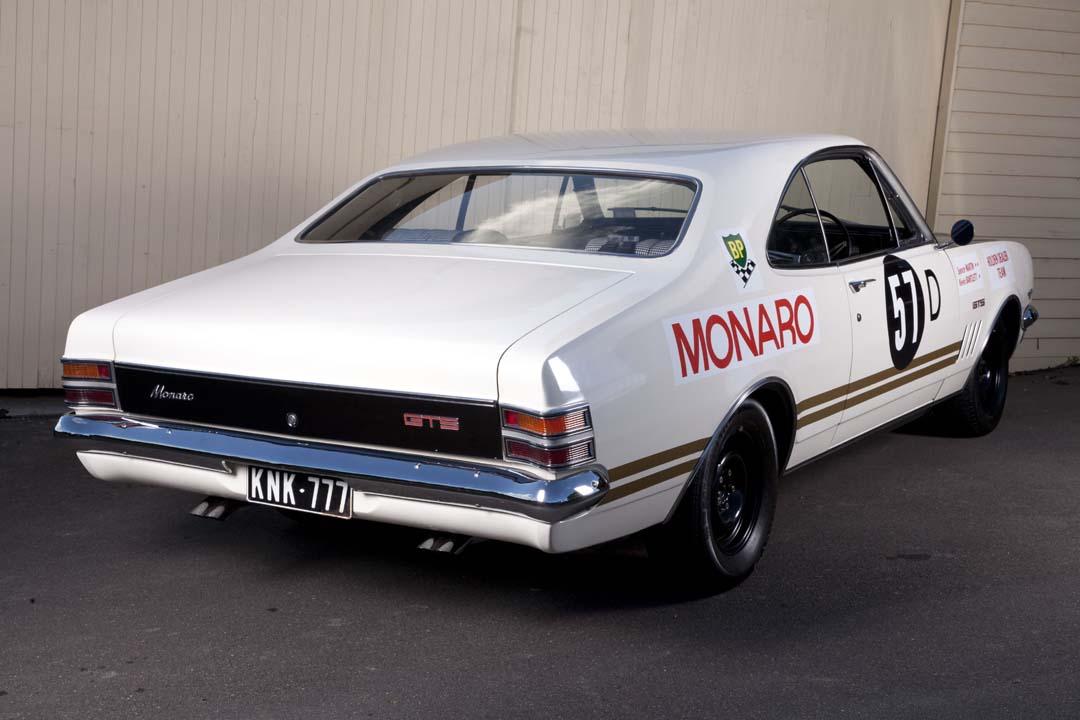 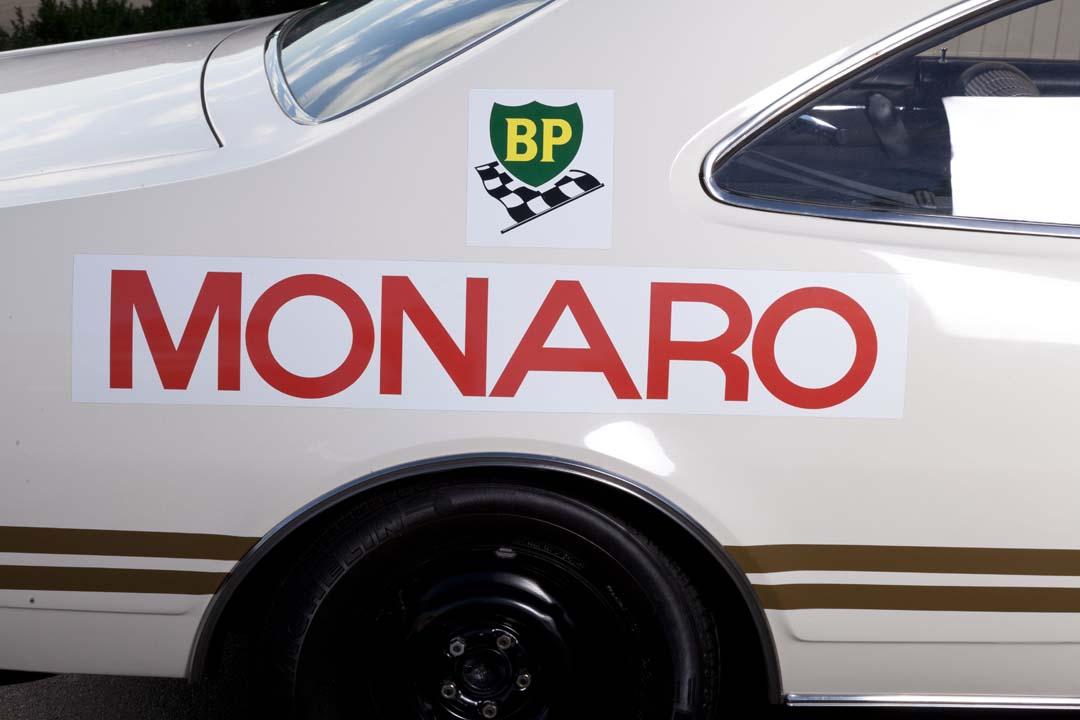 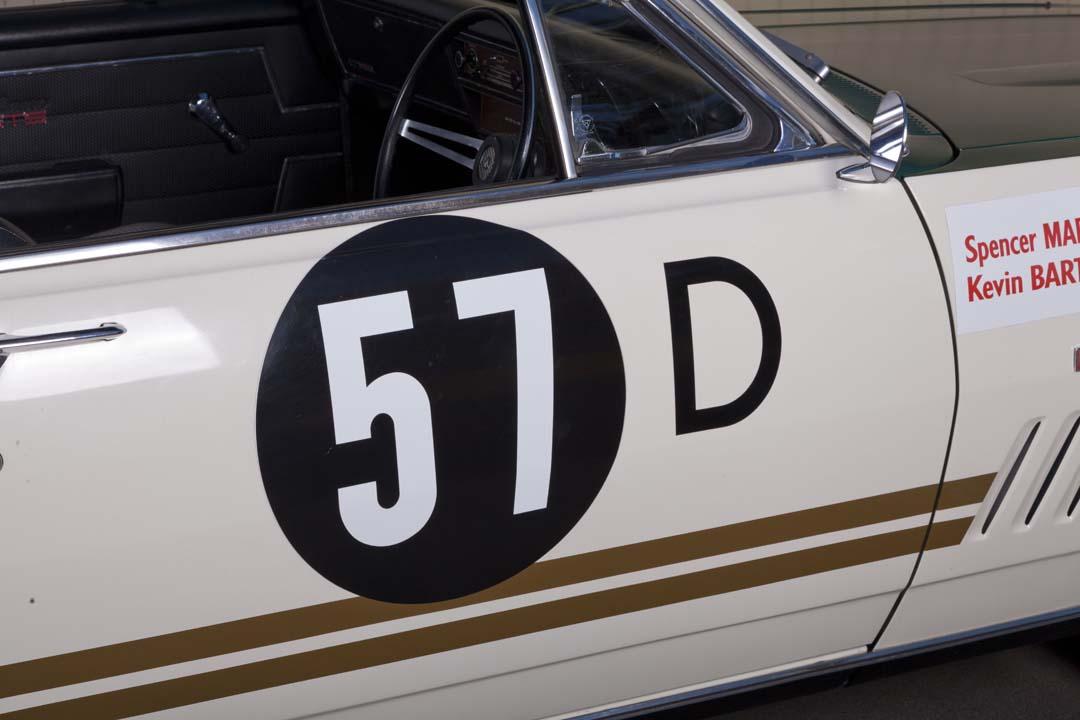 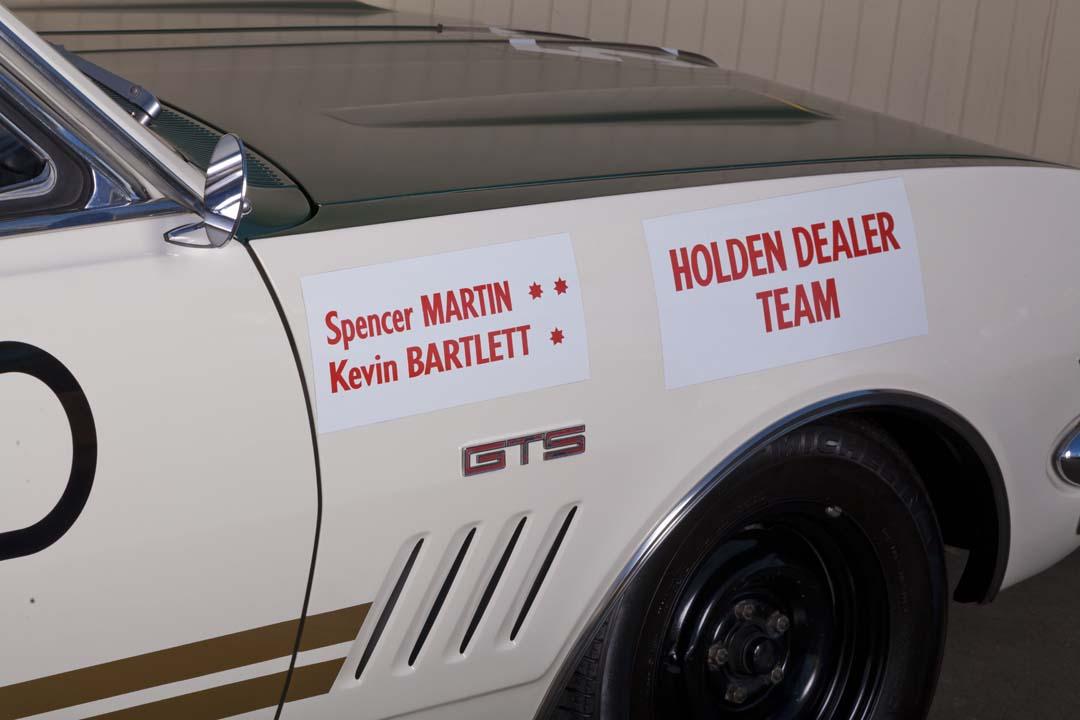 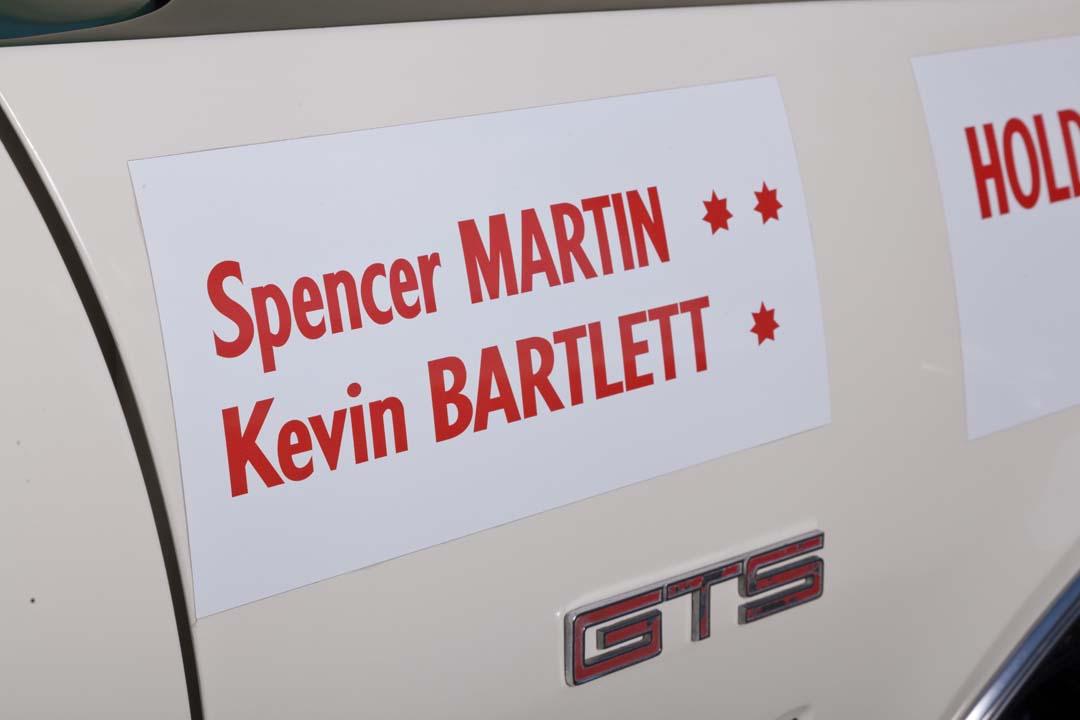 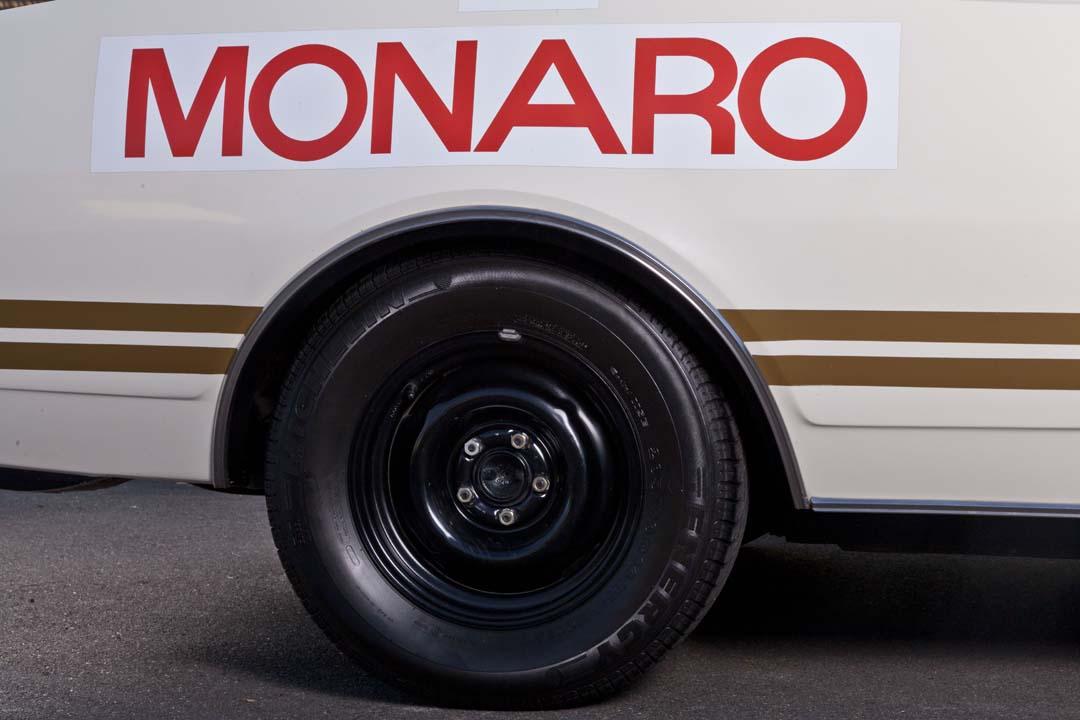 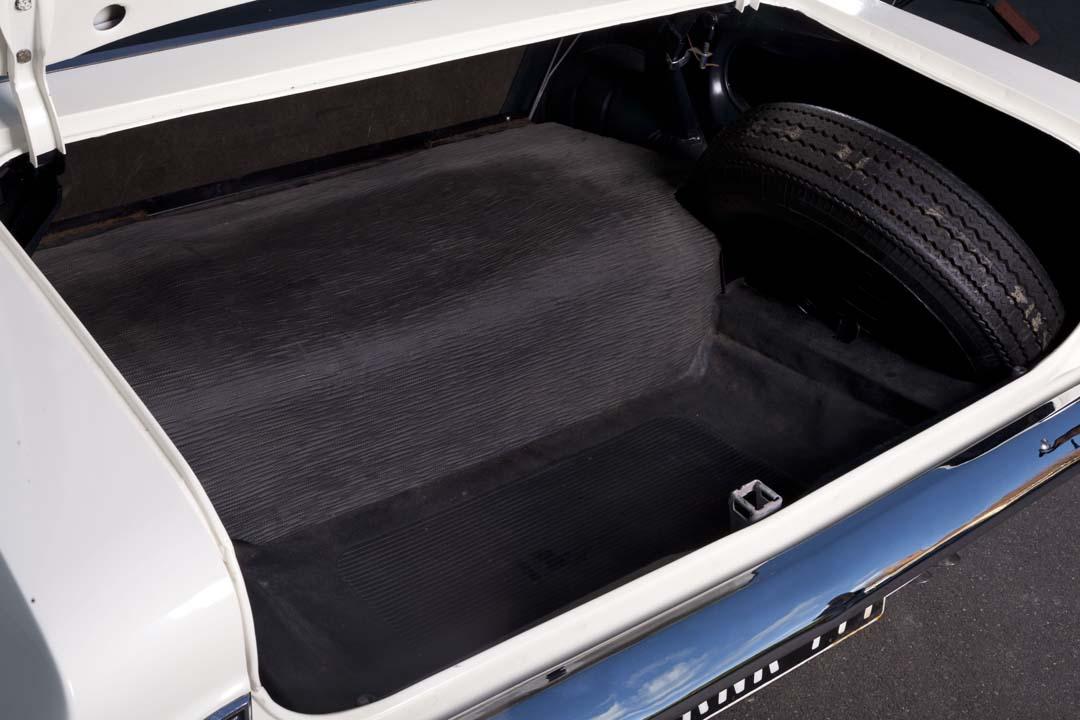 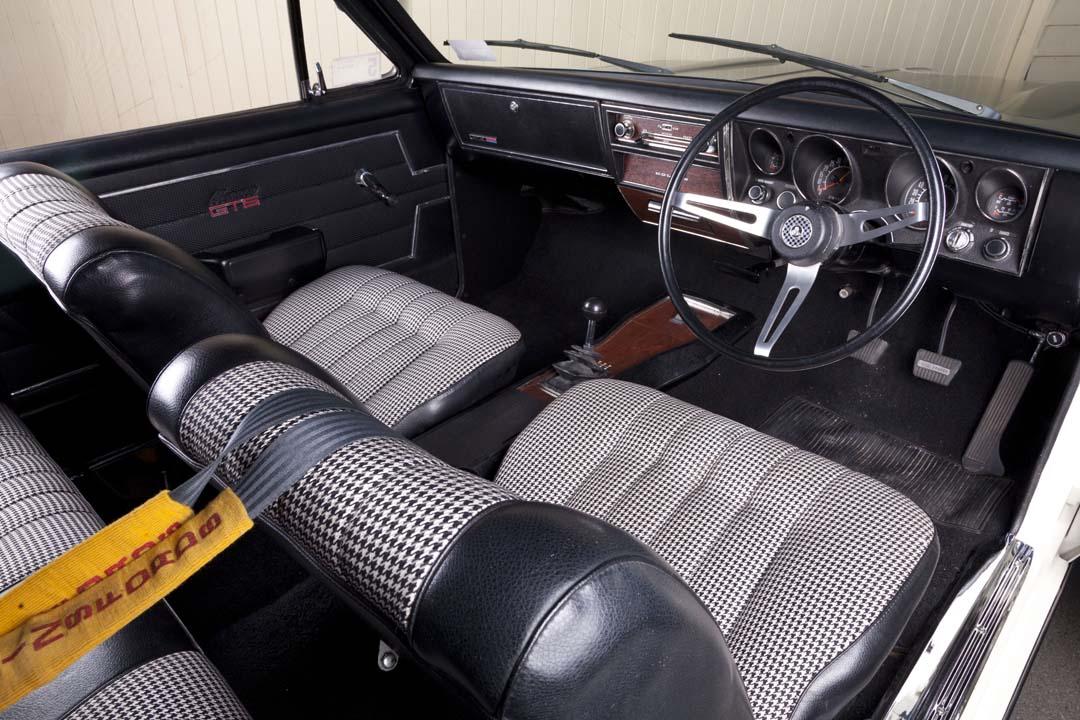 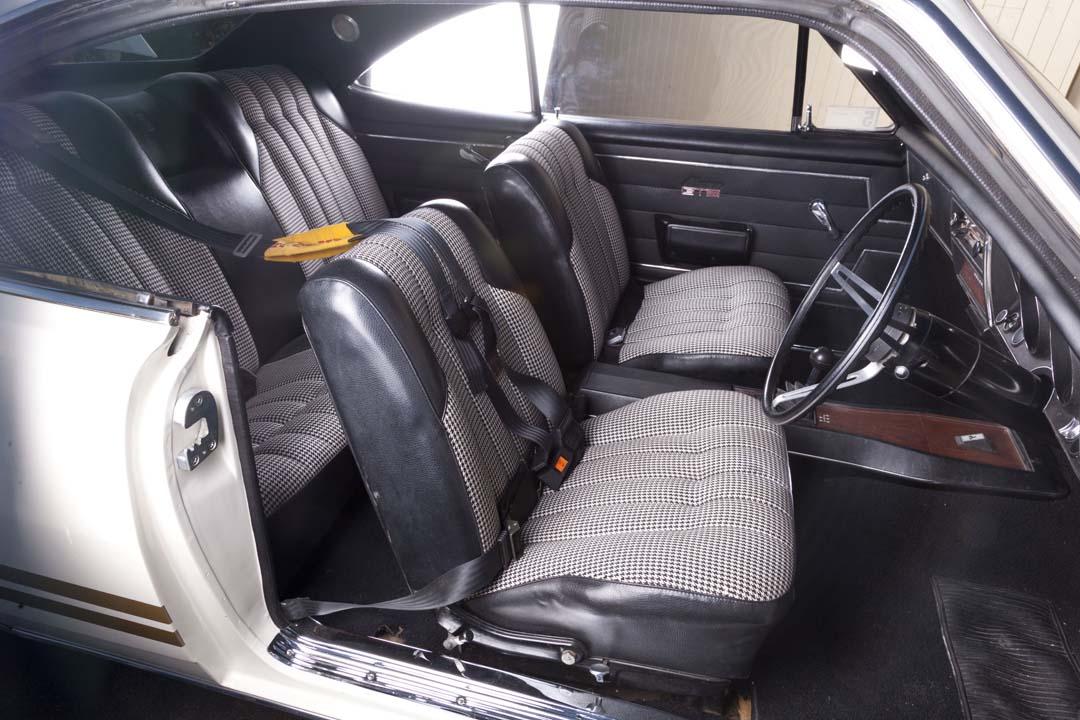 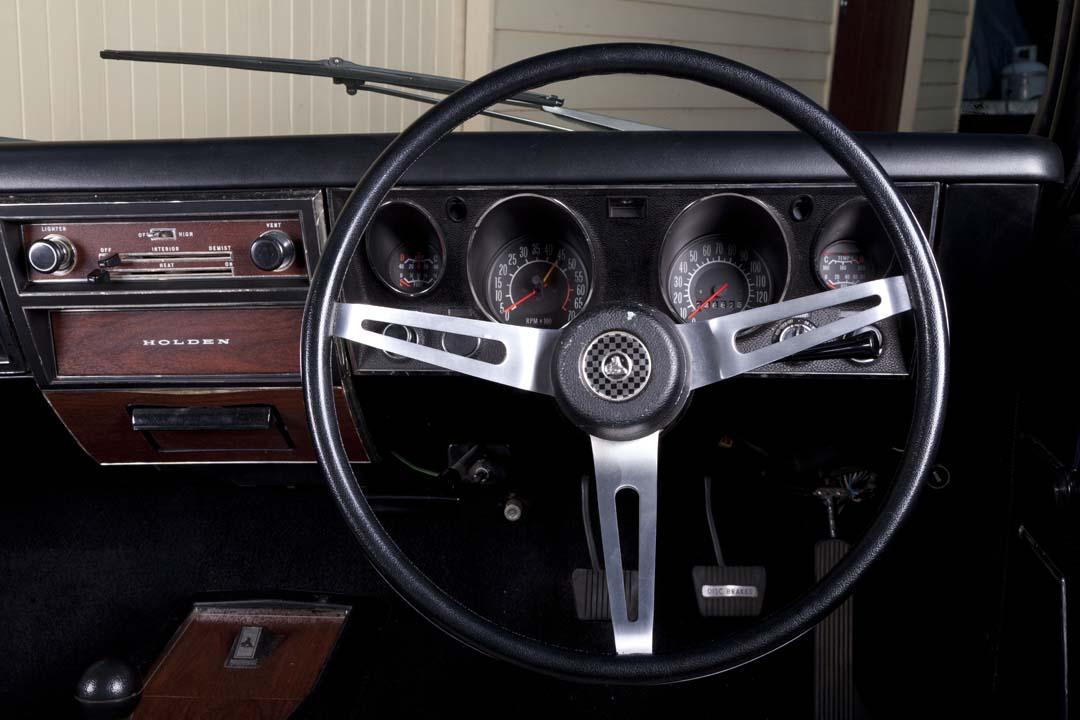 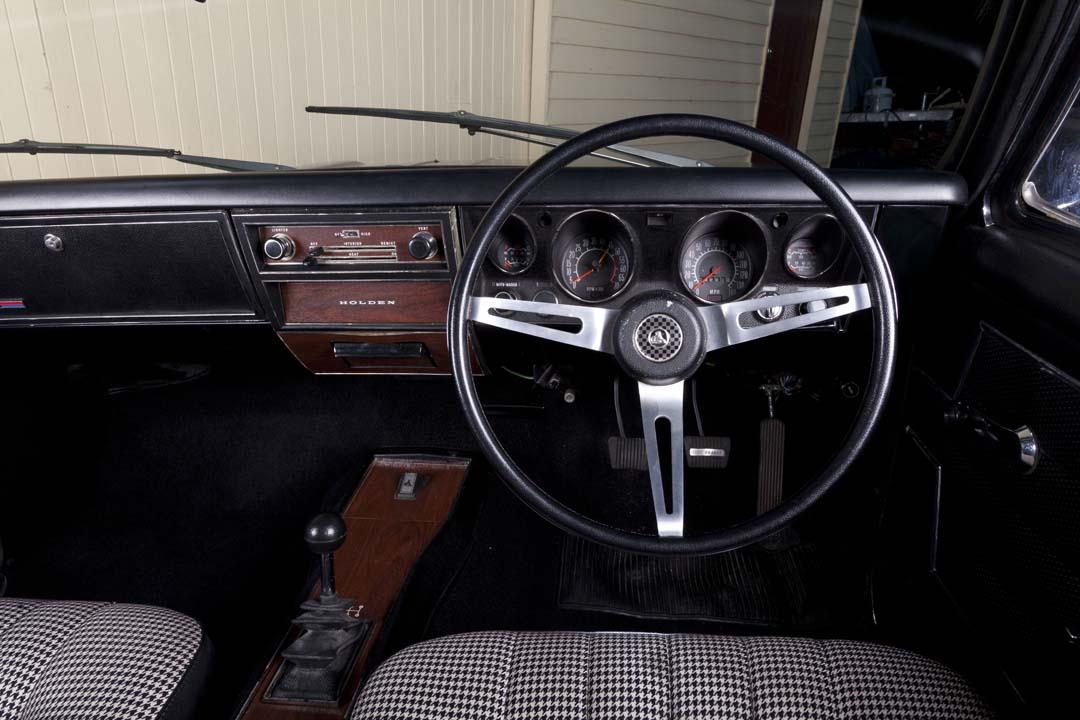 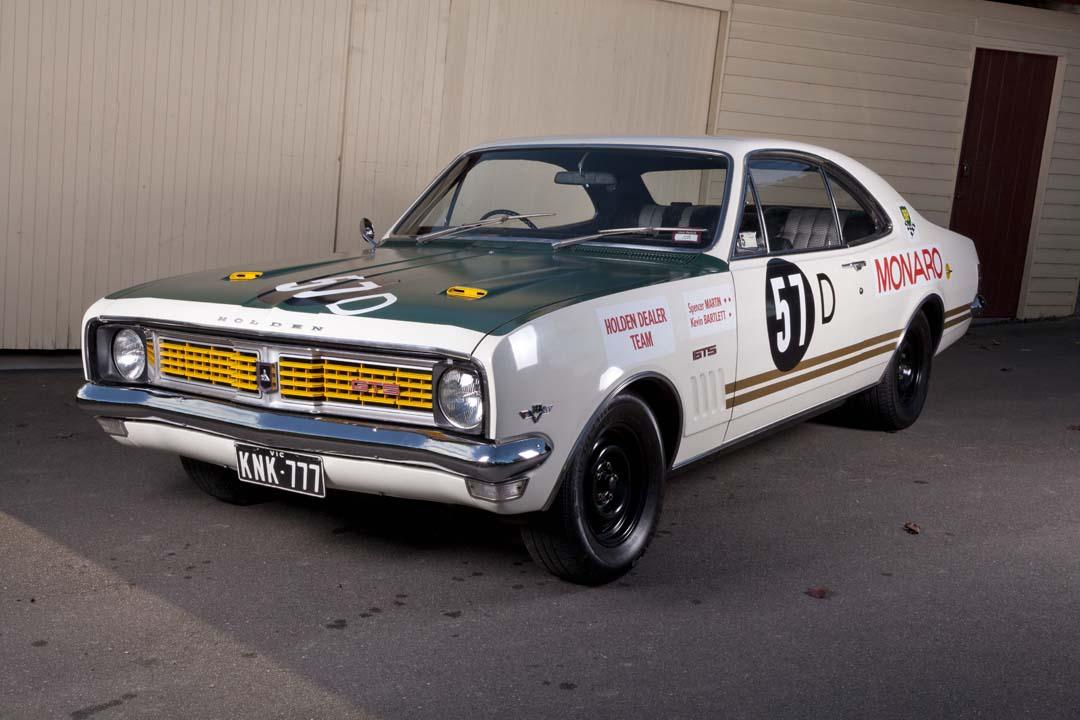 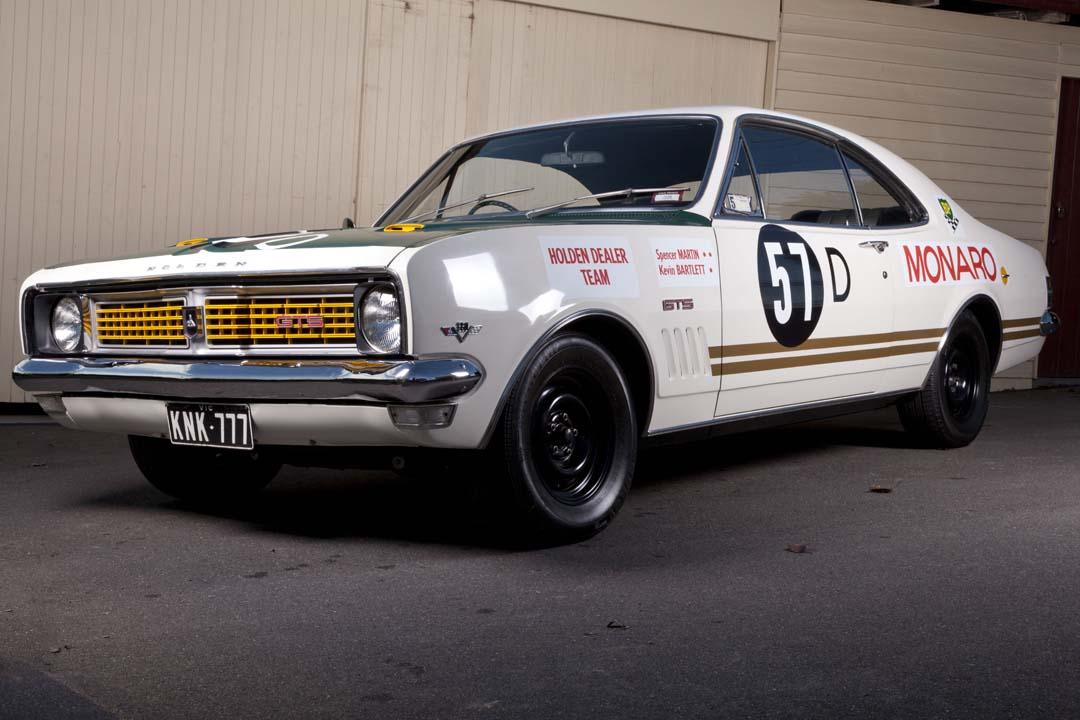 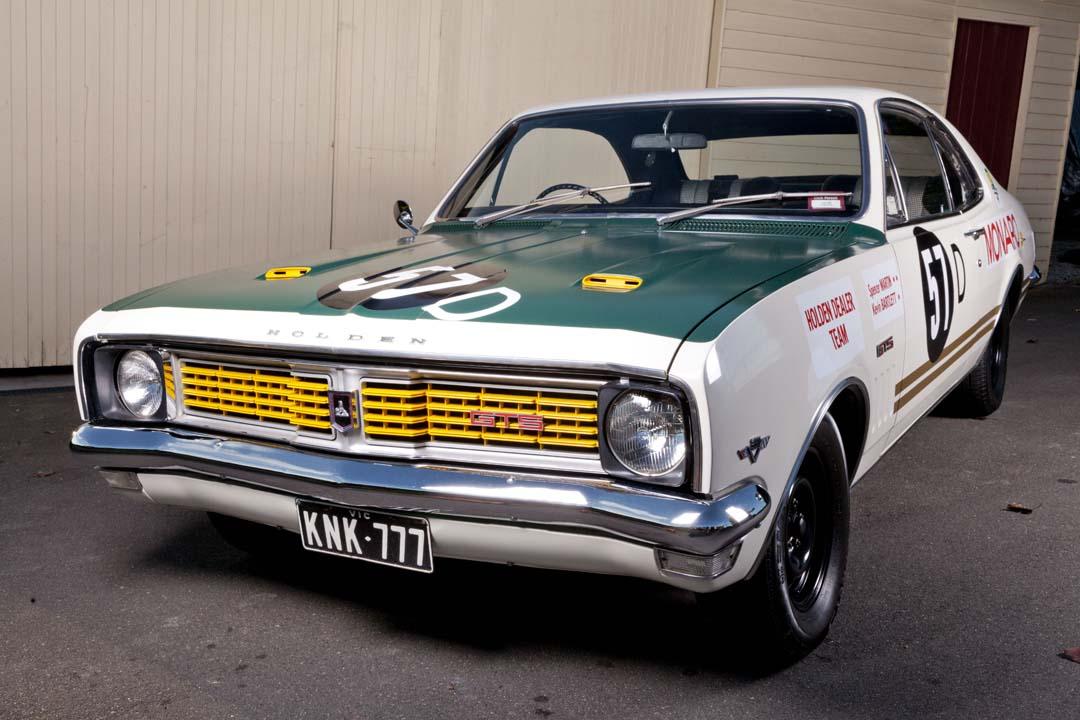 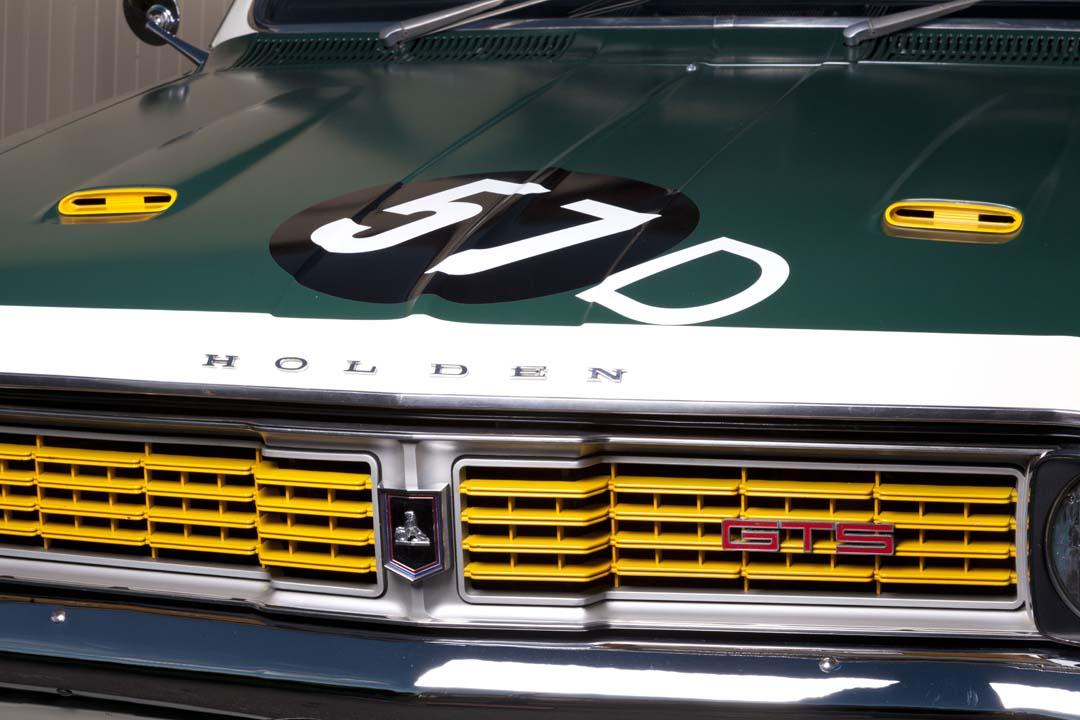 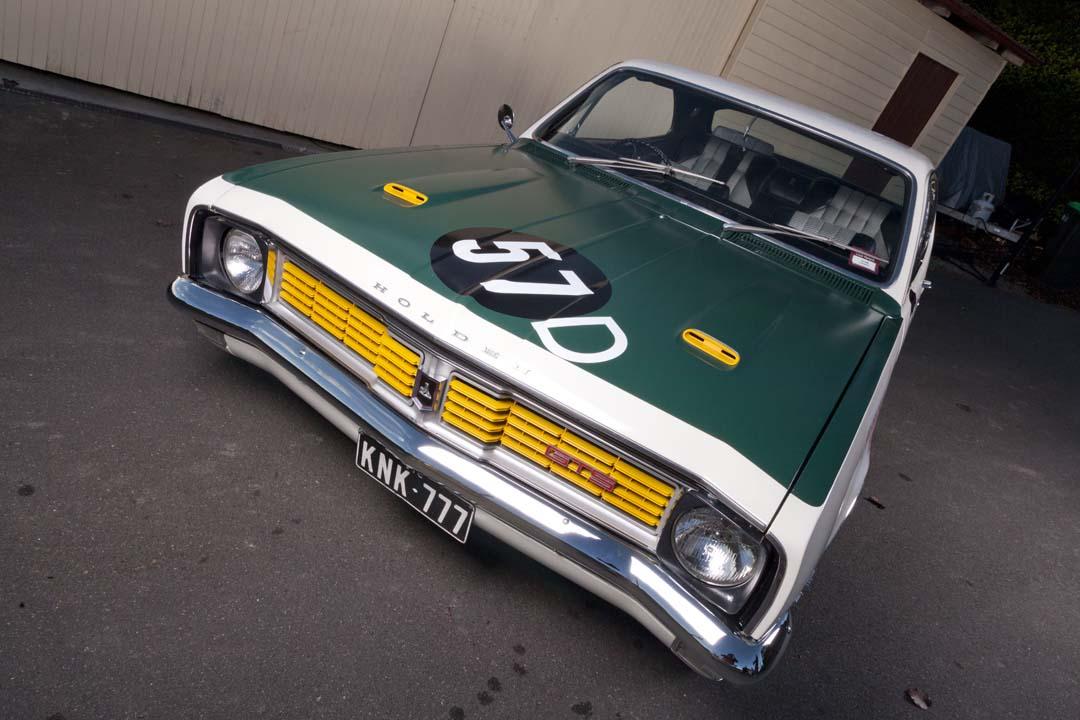 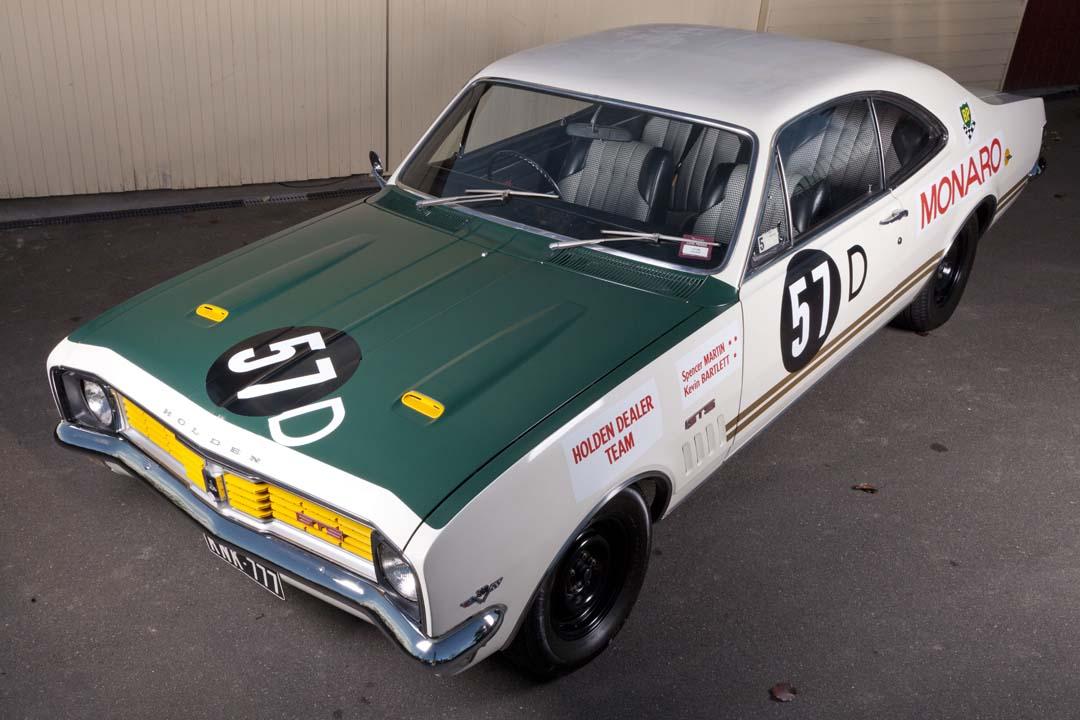 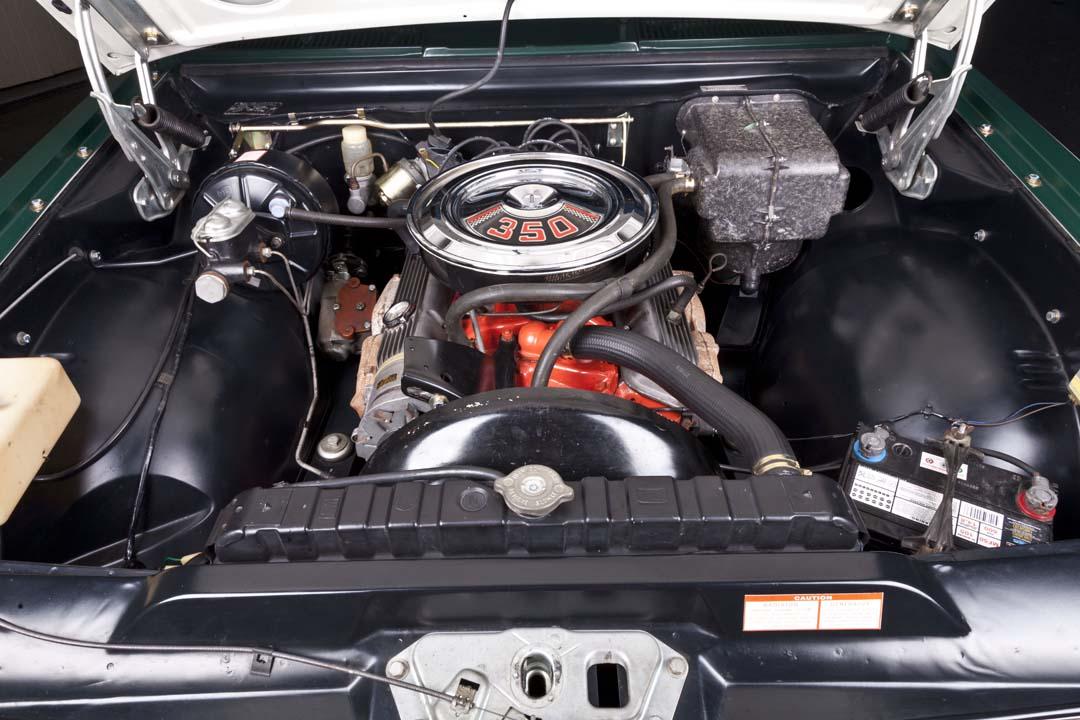 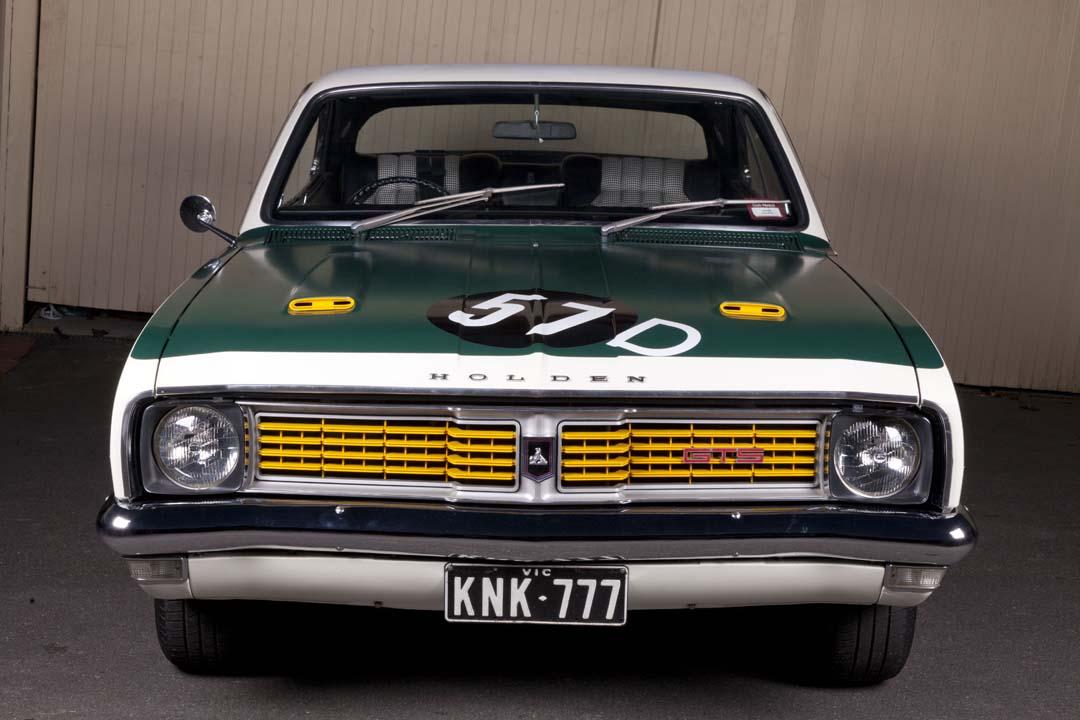 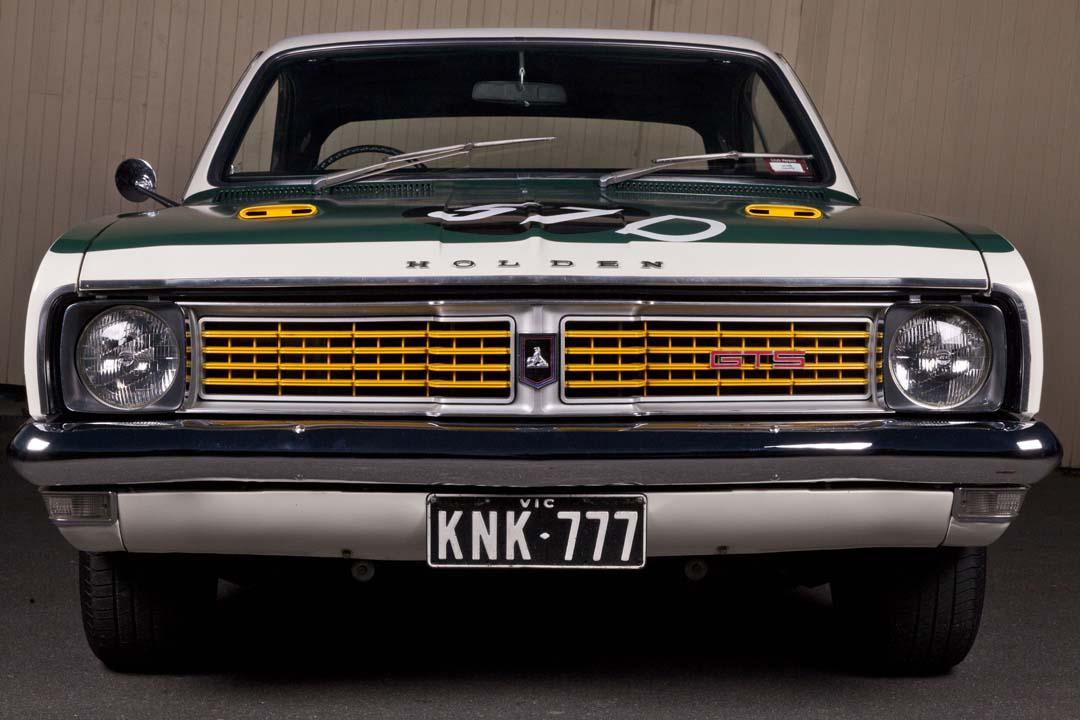