A 1966 Ford Mustang with a connection to “Ford royalty” is one of the highlights of Barrett-Jackson’s Las Vegas auction, which kicked off on 17 June and runs to 19 June. 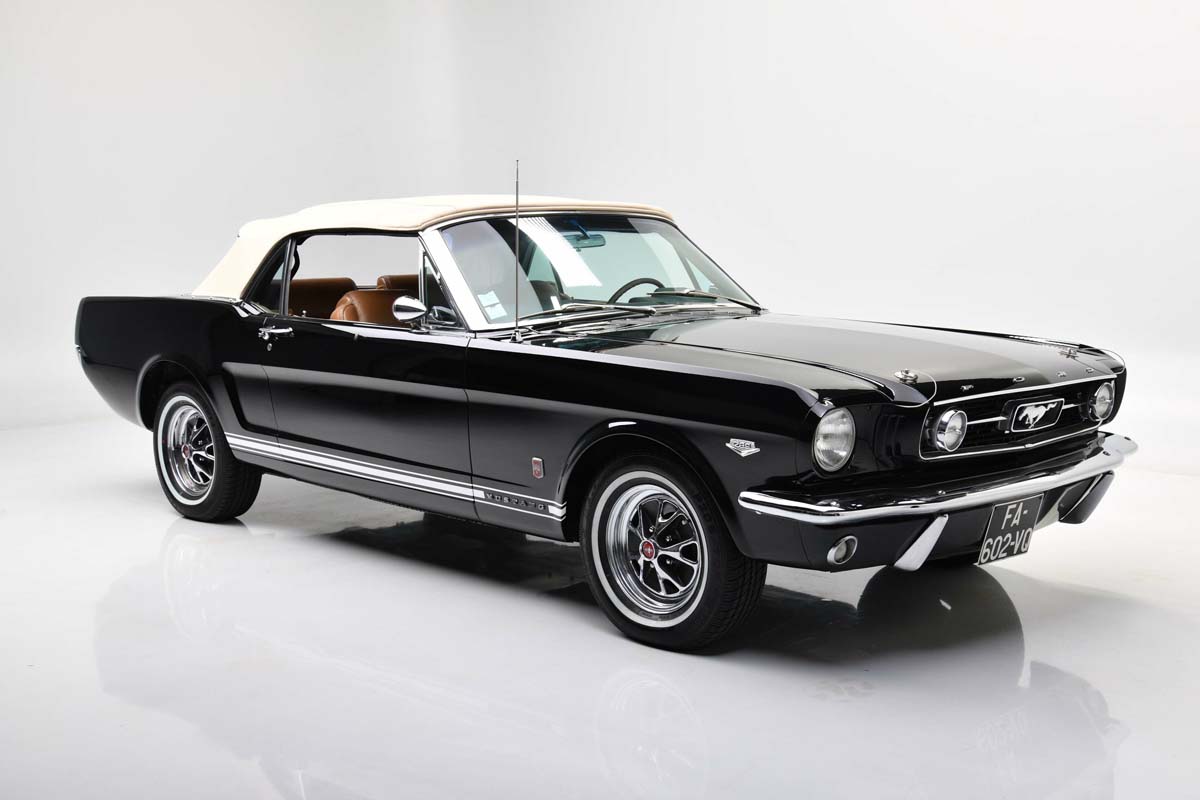 While it looks like a tidy first-generation Mustang GT convertible at first glance, the unit pictured is unique and was specially produced for Henry Ford II. 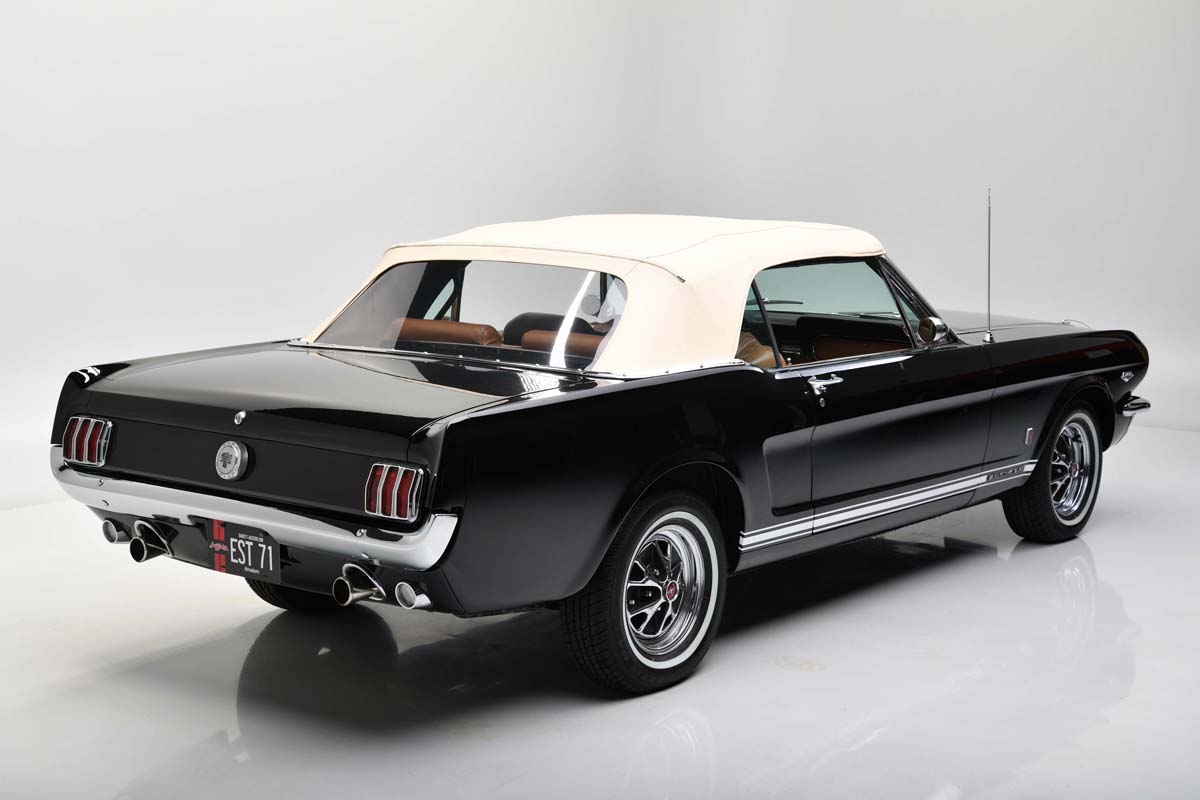 Henry Ford’s grandson and Edsel Ford’s eldest son, Henry Ford II was always going to be a part of Ford Motor Company. In 1940, he dropped out of his studies at Yale University to do so, and after a brief period of service with the U.S. Navy, the man known as ‘HF 2’ and ‘Hank the Deuce’ would return to the family firm after the death of his father in 1943.

Following his grandfather’s retirement in September, 1945, Ford II was appointed company president and set about modernising Ford Motor Company from top to bottom. Changes made under his leadership included publicly listing the company in 1956, improving employee relations and reorganising overseas operations. 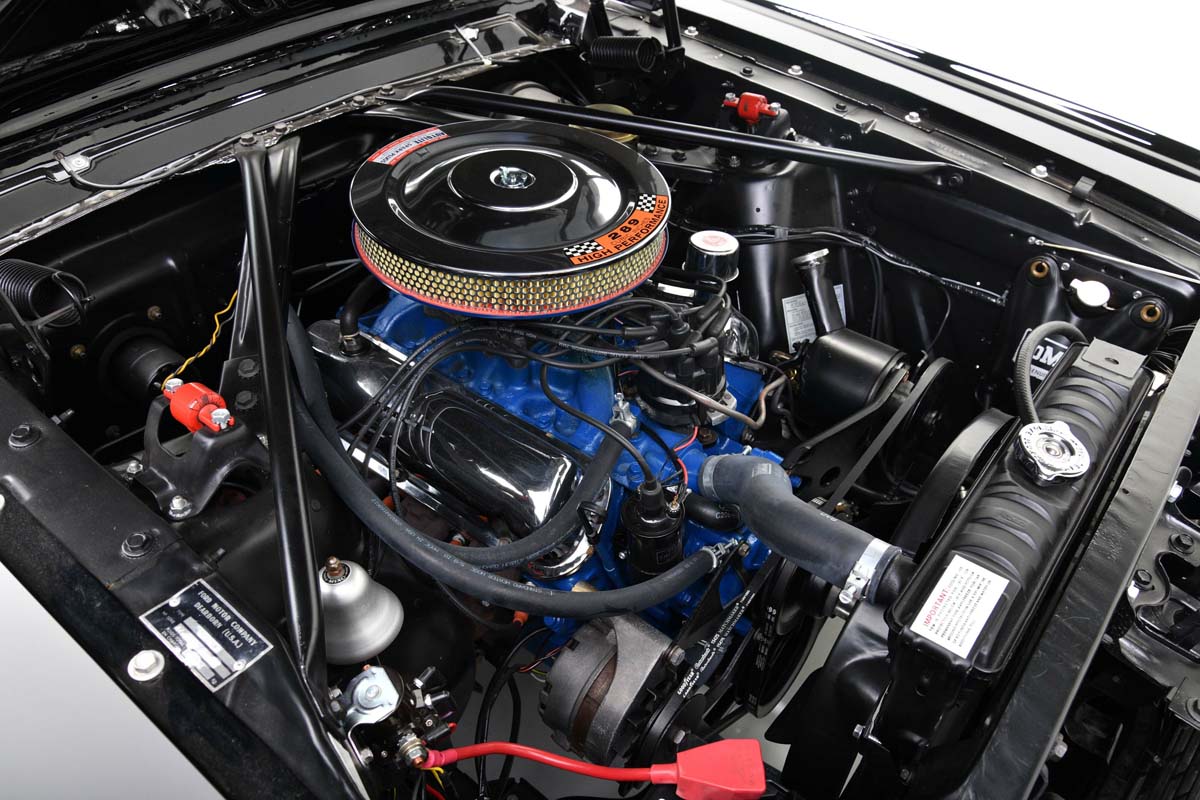 By the time of this Mustang’s build in 1966, two decades into his tenure, HF2 had been rebuffed in his earlier attempts to buy Ferrari, so had greenlit the GT40 programme that would triumph at the 24 Hours of Le Mans that year; a tale made famous in the movie, Ford v Ferrari.

The Mustang GT built for Hank the Deuce was fitted with a ‘Hi-Po’ K-Code 289 V8 outputting 271hp (202kW) instead of the more typical 225hp (168kW) C-Code 289 fitted to GTs, necessitating the use of a four-speed manual transmission. 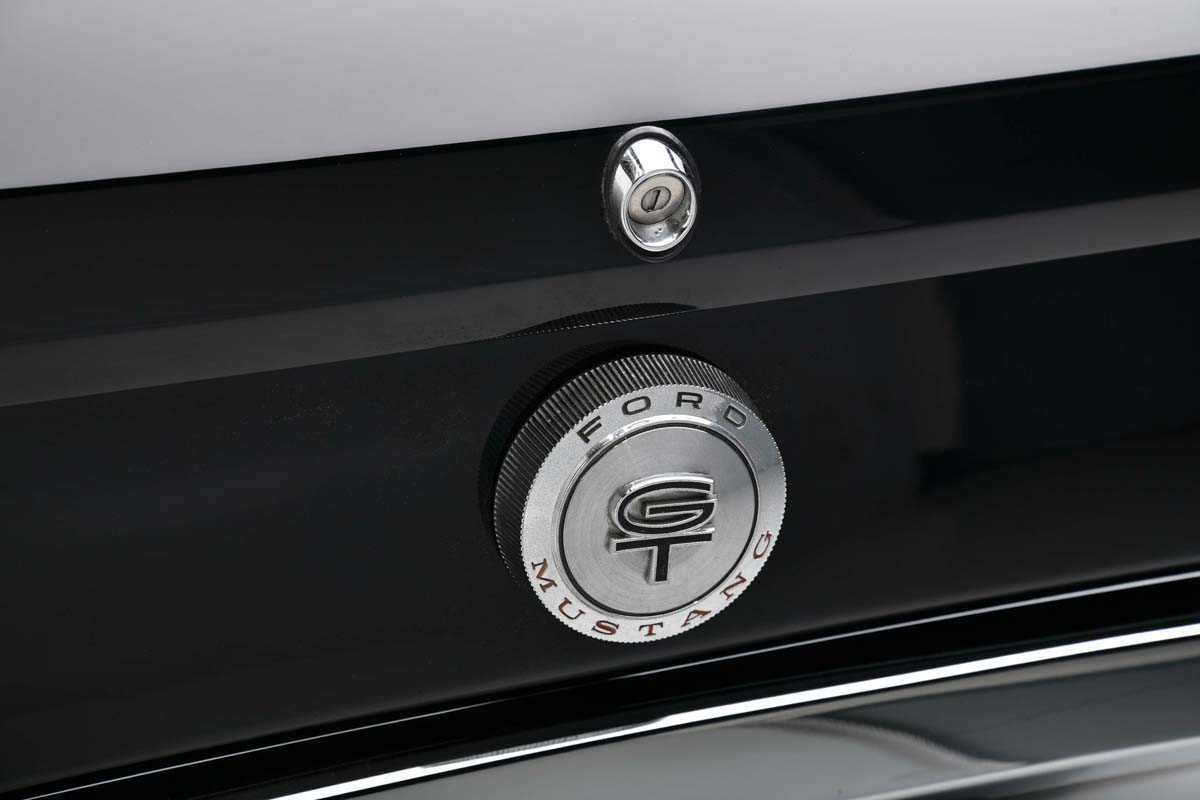 Standard GT features, including exhaust tips exiting through the rear valance, grille-mounted fog lamps, front disc brakes, a GT-branded fuel cap and upgraded suspension were all fitted to HF2’s Mustang, but other features set it apart. These included a set of bonnet pins not normally available on the GT and non-standard exterior mirrors, while a special high-gloss sheen on the Raven Black paint and white leather convertible top were not available on any production Mustang. 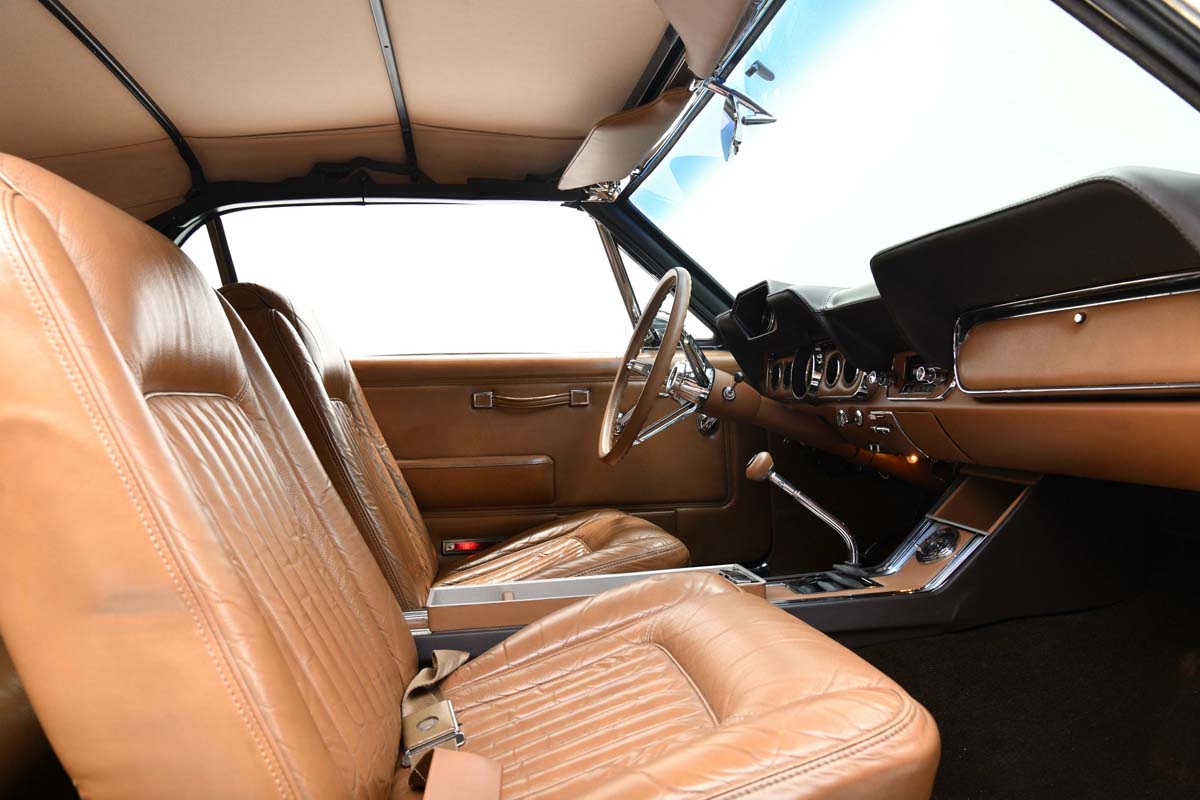 Inside, the standard vinyl seat trim was replaced with leather (unavailable on a Mustang at the time) that extended to the door cards, steering wheel, shifter knob and dash, while selected areas of the interior were painted in a complementary light brown. The front bucket seats came from the yet-to-be-released 1967 Mercury Cougar, and it’s stated that this Mustang was used a prototype by the Ford Styling Centre for interior features that would be appear on the 1968 Mercury Cougar.

Other unique interior features included a hexagonal-shaped pod in the dash that housed a tachometer and oil temp gauge, while a custom centre console featured a clock and storage trays.

Further individualising this car was the application of ‘HF II’ logos to the steering wheel boss, keys and seat belt buckles. Small HF II badges were also added to the exterior of the doors.

Being a car for “the boss,” this Mustang was loaded with factory options, too, including power steering, power brakes, a power convertible top, 8-track player and the aforementioned GT Equipment Group features. 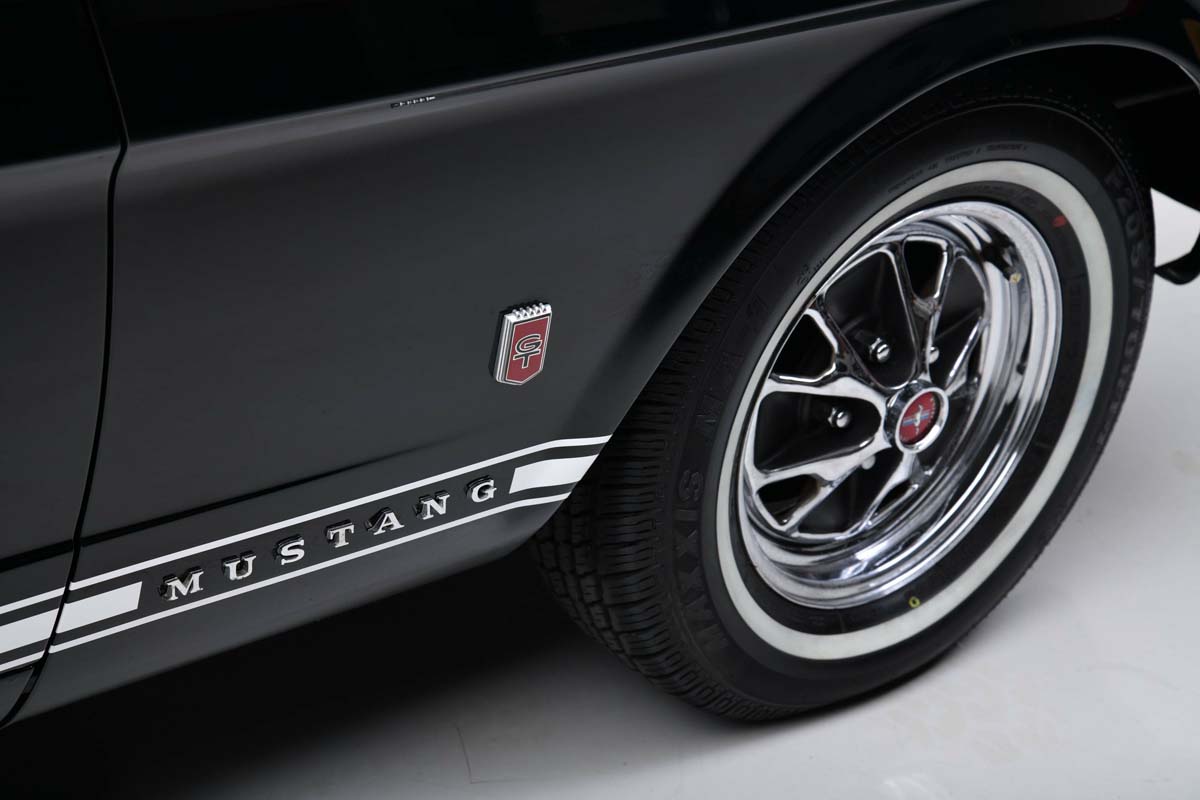 Following its delivery to France, this Mustang was used by Henry Ford II at the 1966 24 Hours of Le Mans, when he served as honorary race chairman and oversaw Ford’s breakthrough win over Ferrari.

The car remained in France for Hank the Deuce’s regular use and stayed there for many years after his death in 1987, too. Displayed at Mustang Club de France events regularly, this car only came back to the US in recent years. 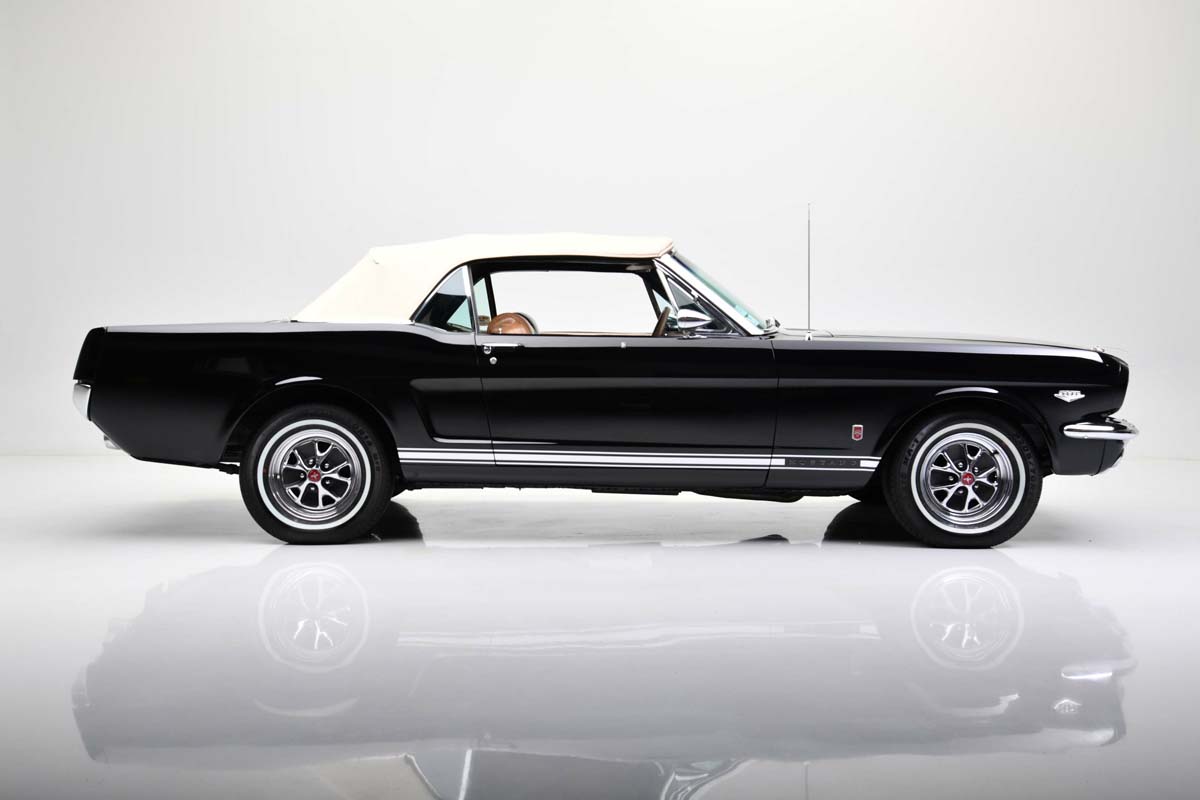 With its provenance confirmed in a 1991 letter from Ford France, HF 2’s Mustang was listed with another auction house in 2020, where it bid up to US$175,000, but failed to make its reserve and was passed in. For the Barrett-Jackson Las Vegas auction, the Henry Ford II Mustang is being offered with no reserve. Listed mileage is 68,617 and the car appears to be in very good condition overall, with an outstanding engine bay and only minor damage and wear to the interior.

For general auction information and details on other lots, go to: barrett-jackson.com