Rebels, Hornets and Javelins have all spent time in the Dickson garage at some stage, and while their ownership of several examples of the marque is nothing special, their application of AMC cars to motorsport competition is. A little over a decade ago, the Dickson's 1970 Javelin was a regular and successful competitor in the Targa Tasmania. Before we get to that, Greg shared his family's earlier experiences with American Motors machines.

My involvement with AMC vehicles began in 1970 when I was about 17. My father was looking to buy a car and was at a loose end. I suggested to him to have a look at the Rambler Rebel. It only took a couple of days and he had purchased a 1967 Rebel with a 290ci V8 from Mascot Motors; when they were still at Mascot in Sydney. He still owns this car today, in original condition although it needs a coat of paint!

In 1978 I rescued a 1969 Rebel (343ci V8 model) from a wrecking yard between Bathurst and Orange. It was a sorry sight, but by this time my father, brother and I had built up some knowledge about AMC vehicles. The car needed substantial work as it had been neglected and poorly maintained. After some effort it looked much happier. In 1990 I sold this car to a Rebel motorcycle club member!

In the meantime my younger brother, Peter, was also getting involved with AMCs. However, his interest lay in the Hornet. His first Hornet was a white 1972 model. He wasn't content with the 4.2L six and transplanted an AMC 290ci V8. This was a fairly straightforward swap as these cars were available in this configuration in the United States.

Not satisfied with this vehicle and configuration, Peter moved on to a yellow 1975 Hornet with the crash absorbing bumpers. He installed an AMC 360cu.in V8 and 4 speed top loader gearbox, then had a bell-housing cast to make the setup complete and adaptable to generic gearboxes. He also installed a limited slip clutch pack out of a Rebel into the Hornet diff centre, installed 1976 Matador 2.5in wide rear brakes, and used a combination of Javelin, Hornet and Matador parts to create a tilt steering column and used a combination of Hornet and Rebel pedal boxes to add a clutch pedal. The car also ran air-conditioning!

While he owned this Hornet he purchased, in south-west Sydney, a complete, but poor condition 1970 AMC Javelin that was to be his next project. He has always preferred the 1970 model because it was a 1 year model-run based on the original body shape, but with the upper and lower ball joint front suspension to be used on the later models.

Peter eventually sold the yellow beast in Queensland. Only two weeks later, the car was destroyed when it hit a tree! While in Queensland, Peter had the opportunity to purchase, without engine, transmission or wheels, a 1970 AMC Javelin that had been a show car. This purchase included the trade of his Javelin project car.

Since this car has come into our family it has had quite a history. My brother had a TransAm-size 304 cubic inch engine built by an AMC enthusiast in Queensland and installed an auto transmission. I was envious from the first day I saw it.

Why was Greg envious? And what did the Dickson's do to make their new Javelin even more enjoyable? Find out in next month's JUST CARS!

Maroon Vehicle x 2 - Greg's 1969 model Rebel after much time and effort was spent in its refurbishment
Maroon Vehicle - Greg's 1969 model Rebel as found at a NSW wreckers in 1978
Yellow Vehicle - Peter's 1975 model Hornet with the chunkier; energy-absorbing bumpers
White Vehicle - Peter Dickson's first Hornet, a 1972 model. As bought, it featured a 4.2 litre straight six, which was soon replaced with a 290ci V8 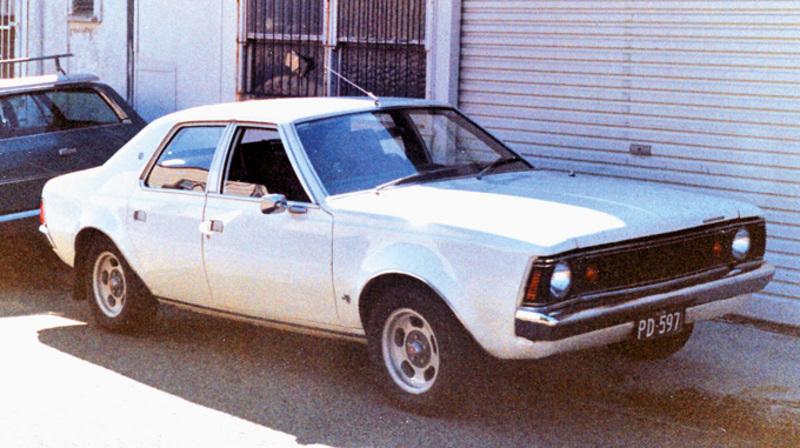 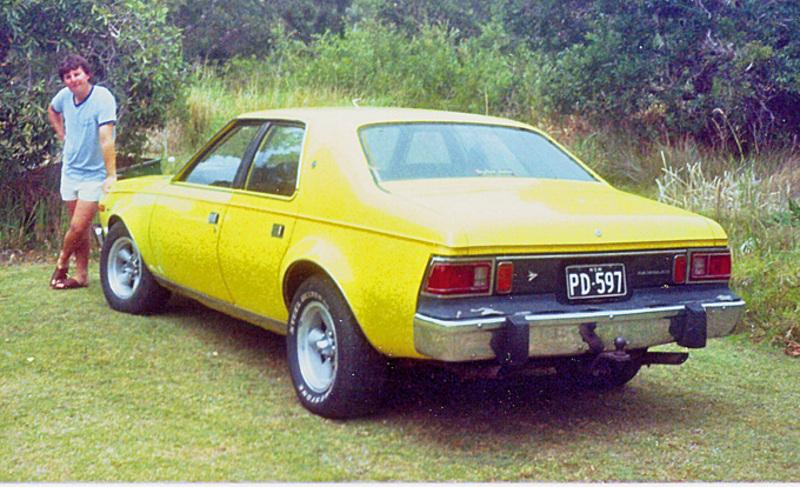 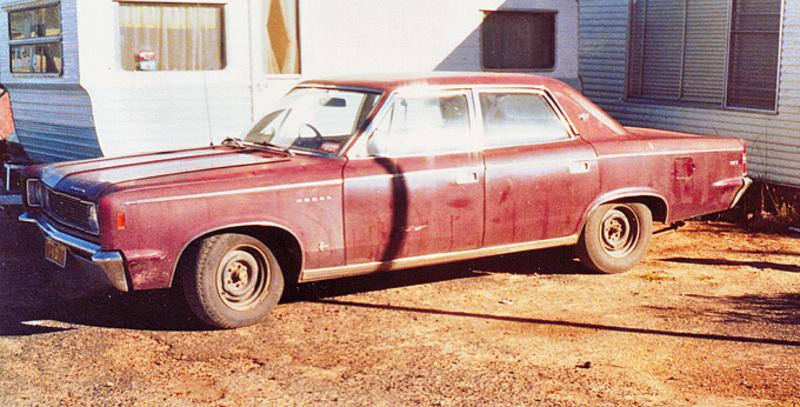 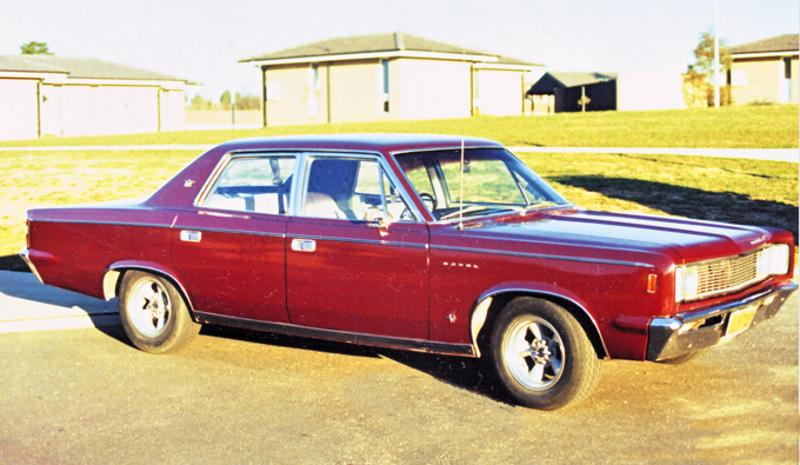