In part one of History of the Aussie Ute, we traced the development of Australia's first coupe utility from the bright idea of a Geelong farmer's wife to Ford's inaugural vehicle in 1934
Evolution of an automotive icon

In part one of History of the Aussie Ute, we traced the development of Australia's first coupe utility from the bright idea of a Geelong farmer's wife to Ford's inaugural vehicle in 1934. Joined later that year by GMH's Bedford ute, the versatile machines evolved to become an Aussie icon.

After World War II, the Australian Government struck a deal with Holden to produce the nation's first locally manufactured car. By this stage the coupe utility was literally part of the landscape, and the GMH proposal was to build a sedan and a related coupe utility, suggesting the two went together like the proverbial horse and carriage.
That first Holden ute, codenamed 50-2104, made its debut in January 1951. Within a handful of years, the Chevrolet and Vauxhall utes went out of production in Australia, testimony to the Holden's popularity. It was mechanically identical to the 48-215 sedan. There was never any questioning its success because demand for the Holden sedan continued to exceed supply.

It now seems surprising how many manufacturers offered such vehicles in the first decade or so after World War II. The most unlikely of these was the English luxury car maker Armstrong Siddeley, which offered not just a coupe utility but the world's first King Cab in the guise of the Station Coupe which seated four people. Armstrong Siddeley developed these units with Australians in mind and, like many British vehicles of the time, they were not available on the domestic market. Ford assembled its big V8 utes and later the Zephyr. At Tonsley Park in Adelaide, Chrysler Australia had its Plymouths and Dodges. There were Austins and Vanguards.

Looking back, not all that much changed on the ute scene between the introduction of the Holden and perhaps the most interesting coupe utility ever produced in this country, the Austin 1800. It was introduced in 1968 as a Mark II variant. Unique to Australia, it helped BMC raise local content. The 1800 ute was every bit as Australian as the Falcon ute of the time, both using engines that had been developed overseas. It was also unique in being a front-wheel drive ute in an era when rear-wheel drive was still described as 'conventional'. There was even talk of an X6 successor…

These utes were still selling strongly through to the mid 1970s when a new challenge came from the Japanese industry. Vehicles such as the Toyota Hilux and Mitsubishi Triton offered superior build quality and more equipment. They also used less fuel and were cheaper to buy than their homegrown Holden, Falcon and Valiant rivals.

By the early 1980s it looked as if the game might be up for Australian utes. Increasingly, the Japanese marques were persuading loyalists out of their trusty sixpacks (or V8s) and into nifty little four-cylinder utes with five-speed gearboxes.

The future may have looked grim but a fantastic resurgence was set to occur in the 1990s, spearheaded by the Commodore ute. One very significant moment in history came when HSV decided to bring out a hot version of this machine, known as the Maloo. It was, as they say in the advertising industry, 'game on'. By the end of the twentieth century, the future of the coupe utility (which had become a quaint old-fashioned term somewhere back in the 1950s!) was evident: it was the new sports car. Falcon XR6 and XR8 and Commodore SS outsold their humbler relatives. Payload and high ground clearance made way for big horsepower engines and lowered sports suspension, along with the obligatory big wheels. These new Australian sports car don't look like going away in the near future. But not too many of them get to carry pigs to market.

History of the Aussie Ute - Part I. 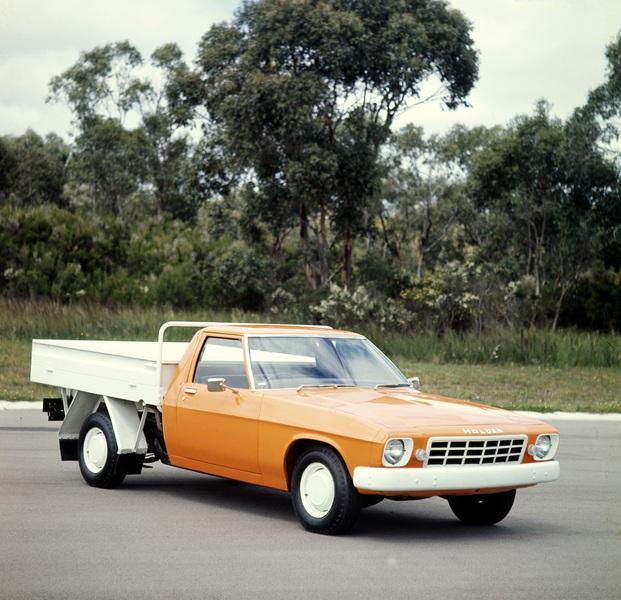 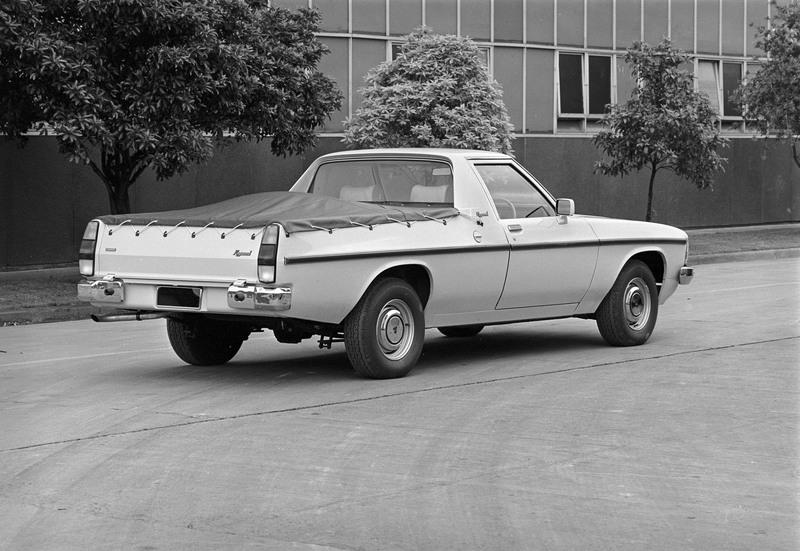 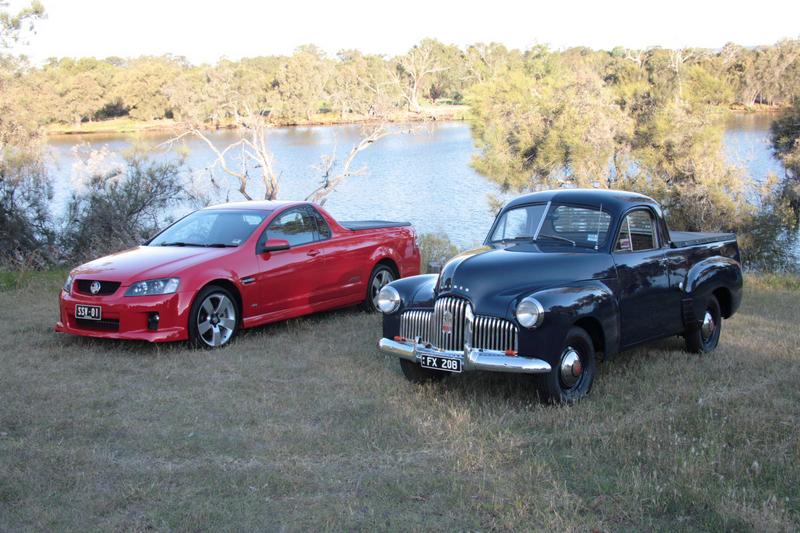