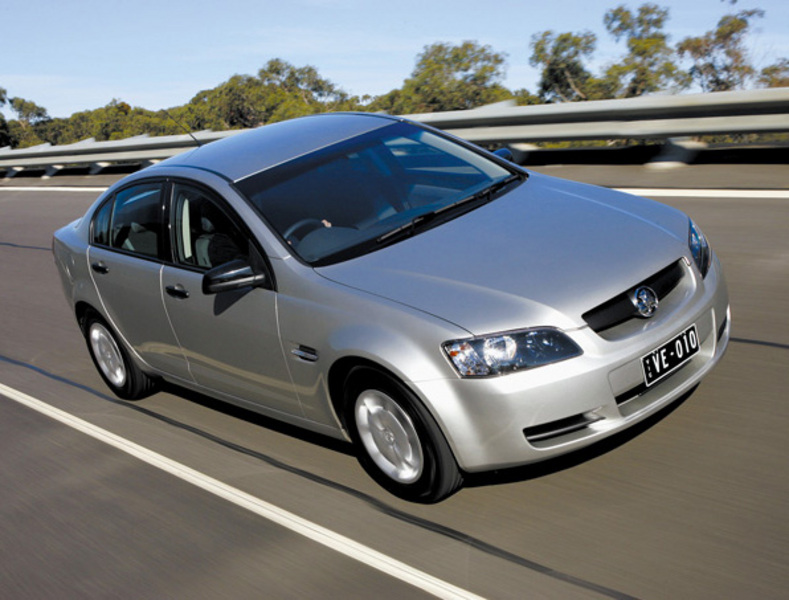 The result continues Commodore's unbroken record from 1996 as the country's leading passenger car range, extending its run as one of the modern automotive world's longest consecutive market leadership records. Sales figures for 2008 released by the Federal Chamber of Automotive Industries show Australians purchased a total of 51,093 vehicles from the VE Commodore range. The results follow GM Holden's strong sales performance in December, which saw dealers defy difficult economic conditions, new competitive entrants and heavy price competition in the market to sell 10,848 new cars. This included the sale of 5,413 Commodore and 1,629 VE Ute models, the highest monthly sales volume for both vehicles in 2008. In total, GM Holden sold 130,338 vehicles in Australia for 2008 delivering market share of 12.9 percent.

GM Holden registered the second highest sales overall to Toyota with 238,983 sales and 23.6 percent, and was ahead of Ford with 104,715 sales and 10.3 percent. In a year where Commodore celebrated 30 years on Australian roads, its annual sales were boosted by the introduction of the all new Sportwagon alongside the successful sedan range in July. Sportwagon immediately proved a popular choice with Australian motorists. A total of 8,200 were purchased in just five months, more than any SUV in the market for the same period. Other strong performing GM Holden models in 2008 included the Statesman which led the Upper Large category for vehicles under $100,000 with a 38.8 percent market share. The VE Ute also enjoyed success in its first full year of sales, outselling its main rival the Ford Falcon Ute with 13,449 vehicles.

New 2008 models including the Captiva 2WD SUV and mid-sized Epica diesel also demonstrated an improved sales performance towards the end of 2008. GM Holden Executive Director of Sales, Marketing and Aftersales, Mr Alan Batey said Holden's sales results demonstrated that family sized vehicles continued to be attractive to Australians. He said the results indicated that Commodore remained a smart buy, particularly at a time when many customers were concerned about domestic and global economic conditions.