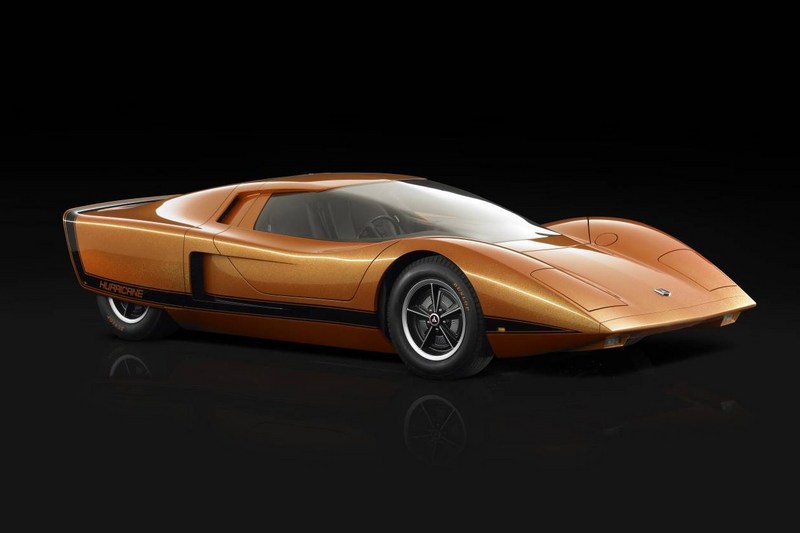 The futuristic research vehicle described as an experiment "to study design trend, propulsion systems and other long range developments" has been restored to its former glory as a labour of love by a dedicated group of Holden designers and engineers.

Code named RD 001; the Hurricane is a mid-engined, rear-wheel drive, two-seater sports car which incorporates a remarkable array of innovative features and technology, much of it way ahead of its time.

Features such as electronic digital instrument displays, station-seeking radio, automatic temperature control air conditioning, rear vision camera and an automated route finder were all showcased in this ground-breaking vehicle 42 years ago. Many of these technologies have only recently made their way into mass production, demonstrating Holden's remarkable foresight into both design and engineering technology.

The Hurricane stole headlines and dropped jaws nationwide when it debuted at the 1969 Melbourne Motor Show.

"At Holden we have always prided ourselves on our ability to look into the future through our concept cars," Mr Simcoe said.

"It's amazing to think that the features we take for granted today were born out of creative minds over 40 years ago."

As its code name suggests, the RD 001 was the first product of the GMH Research and Development organisation, staffed by a small squad of engineers working in conjunction with the Advance Styling Group at the Fishermans Bend Technical Centre in the 1960s.

The team that designed and built the original Hurricane employed some advanced technologies and techniques when it came to the powertrain. Powered by an experimental 4.2-litre (253 cubic inch) V8, this engine was a precursor to the Holden V8 engine program which entered production in late 1969.

The Hurricane's V8 engine featured many advanced design components such as the four-barrel carburettor - a feature which wouldn't be seen on a production 253ci Holden V8 until the late 1970s. The end result was approximately 262hp (193kW), a towering power output in 1969 and one that ensured the Hurricane had the go to match its show.

But perhaps the two most innovative features were the "Pathfinder" route guidance system and the rear-view camera.

The "Pathfinder", essentially a pre-GPS navigation system, relied on a system of magnets embedded at intersections along the road network to guide the driver along the desired route. A dash-mounted panel informed the driver of which turn to take by illuminating different arrows, as well as sounding a warning buzzer.

The rear-view camera was also a ground-breaking innovation. Engineers using a Closed Circuit Television (CCTV) system with a camera mounted in the rear bumper feeding vision to a small black-and-white TV mounted in the centre console.

"There are some genuinely remarkable ideas and technology in the Hurricane," said Mr Martin.

"From the automatic air-conditioning and magnet-based guidance system, to the inertia-reel seat belts and metallic paint, this was a car that was genuinely ahead of its time.

"The hand-picked team of engineers and designers who built the original Hurricane worked in strict secrecy and began Holden's now proud tradition of ground-breaking concept cars."

RD 001 stands just 990mm high and has no doors in the conventional sense. A hydraulically-powered canopy opens upwards and forward over the front wheels, combined with twin "astronaut type" power-elevating seats which rise up and pivot forward, along with the steering column for ease of access. Occupants are then lowered to a semi-reclining position before the roof closes over them.

The wind tunnel-tested fibreglass body consists of three segments; the canopy, the engine hood and body shell and was finished in an experimental aluminium flake-based metallic orange paint.

The project to restore RD 001 began in 2006 and has been a genuine labour of love for some very dedicated Holden employees. The entire restoration process has been driven primarily by volunteer labour from Holden designers and engineers in their spare time.

But the Hurricane first entered Holden Design in less than immaculate condition. RD 001 had a residency in a trade school where apprentices practised their welding on the priceless concept.

After being returned to Holden in 2006, the Hurricane restoration project has taken many thousands of painstaking man hours to lovingly restore RD 001 to concourse condition.

Holden's Manager for Creative Hard Modelling, Paul Clarke, has been largely responsible for managing the restoration of RD 001. He ensured as many of the original parts as possible have been used or remade using modern techniques to 1969 specification, in order to preserve the authenticity of this hugely important Holden.

"The entire team has done a fantastic job in bringing this beautiful concept back to life," Mr Clarke said.

"The talent we have within the Holden organisation is simply outstanding. Every time we take on a project I'm constantly amazed by the passion and talent in this company, making it a genuine pleasure to work on these projects.

"The Hurricane plays a crucial role in Holden's story and the company has such a great sense of history and heritage that it was very important to bring RD 001 back to life. It's been a challenging but incredibly rewarding process."

Since the debut of the Hurricane in 1969, Holden has continued to build a global reputation for envisioning and executing world-class concept vehicles. Holden is recognised globally within General Motors as a centre of excellence for concept vehicle and show car development and is one of only three GM design studios that are capable to design and build concept cars.

Michael Simcoe added that the Hurricane holds a particularly special place in Holden's history as it kick-started Holden's long love affair with concepts that has since seen the likes of the iconic GTR-X, Torana TT36, Coupe 60, the GMC Denali XT (which was requested specifically by GM for the North American market) and the award-winning EFIJY.

The Holden Hurricane will be on display to the public at the classic car show Motorclassica, held at the Melbourne Royal Exhibition Building from October 21 - 23. 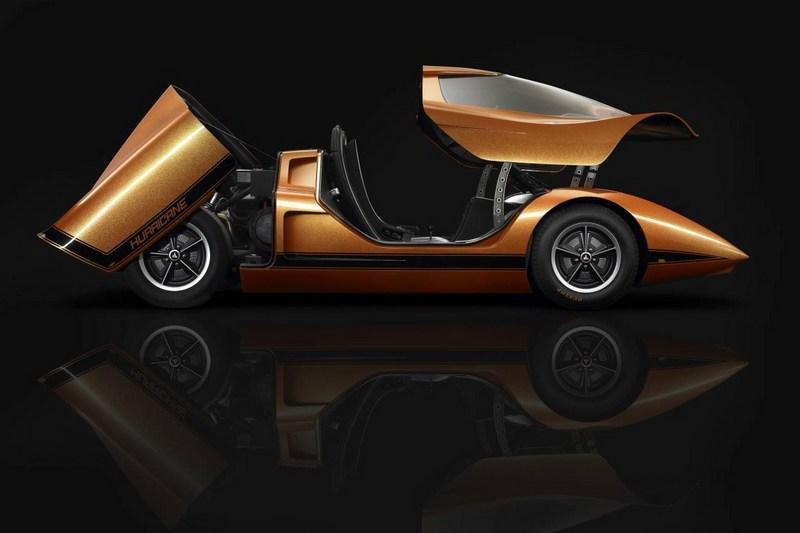 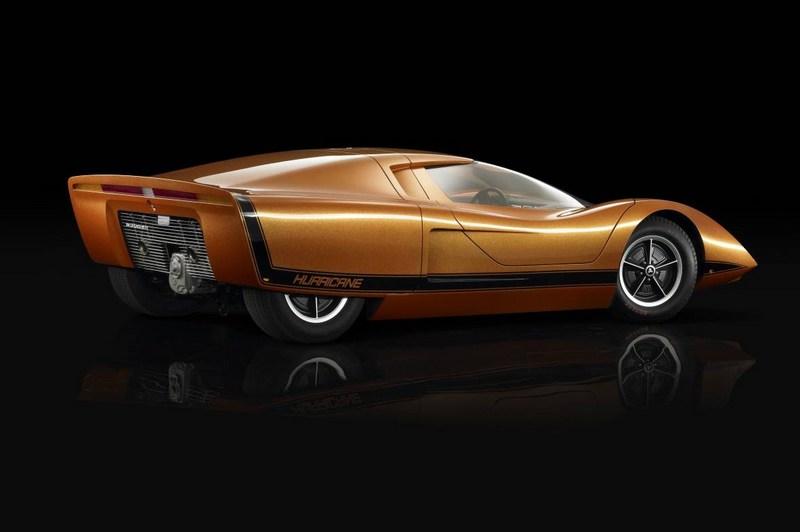