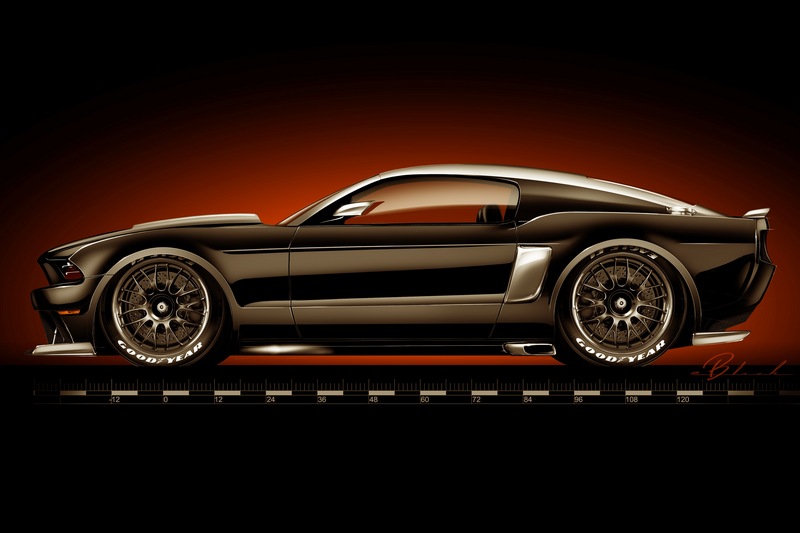 Based in Burbank, California, Hollywood Hot Rods say they're taking on the supercars with their Mustang-based creation ...
For this year's SEMA (Specialty Equipment Market Association) show in Las Vegas, a multitude of custom cars will be used to showcase products and treatments from various aftermarket suppliers. Among those will be Hollywood Hot Rods, who have chosen a 2014 model Ford Mustang GT convertible as the base for their show special.

Based in Burbank, California, Hollywood Hot Rods say they're taking on the supercars with their Mustang-based creation, which will feature a supercharged 5.0-litre V8 engine, modified suspension and a number of one-off exterior touches, including a one-piece lift-off hardtop.

"We really wanted to take the customization of this Mustang to the next level," said Troy Ladd, owner of Hollywood Hot Rods. "Instead of simply adding accessories and a custom paint job, we wanted to really change the car.

"So we decided to redesign some key elements, like the roof and rear section; to create a completely new and bold design that propels Mustang into supercar status while retaining classic Mustang DNA."

More than 150 hours went into reshaping the entire rear section of the Mustang project car - all in metal. Another 250 hours of handforming went into crafting the lift-off roof, which like the rest of the body modifications (front splitter, side scoops, skirts and diffuser) have been custom fabricated in aluminium.

Under the skin, the Hollywood Hot Rods Mustang will has been equipped with a Ford Racing Whipple supercharger and Banks Power water-methanol injection system, bringing the 5.0-litre V8 to an estimated 750 hp. Underneath, a Cortex Racing X-treme grip track suspension system keeps the tyres planted to the tarmac.