"I've been a fan of Hot Wheels since I was a little kid, racing cars around my parents' living room," said Tracy, a six-time Pikes Peak Champion and a Hollywood stuntman since 1991. "So to be able to be a part of something like this — with Hot Wheels bringing one of its toys to life — is remarkable."

"Boys of all ages around the world imagine playing with Hot Wheels on a life-size scale - and our vision with Team Hot Wheels was to transform this fantasy into reality," said Simon Waldron, vice president marketing, wheels, Mattel.

"The Double Loop Dare was truly a can't-miss spectacle that altered the Los Angeles skyline. Anyone downtown couldn't miss this massive six-story-tall bright orange structure — it was unmistakably Hot Wheels."

While the live broadcast took place internationally on ESPN over the weekend, footage of the Team Hot Wheels Double Loop Dare can also be viewed on the Hot Wheels YouTube channel. Additional behind-the-scenes footage plus 19 live-action webisodes will be available on HotWheels.com. 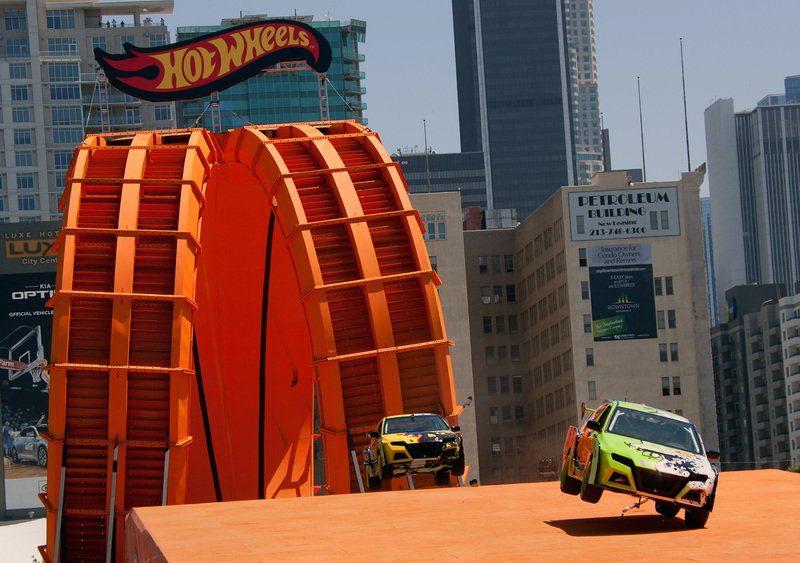