Unrestored, survivor-spec forerunner to four-door Monaro was a one-family car from new.

Given the interest in barn finds lately, it’s no surprise that an original, unrestored Holden HQ SS sedan was one of the star attractions at Shannons Winter Timed Online Auction.

Ahead of the auction, which ran from 8 to 15 June, Shannons described the 1972 HQ SS as being a matching numbers example, with 166,000 miles on the odometer and in the possession of one family since new. 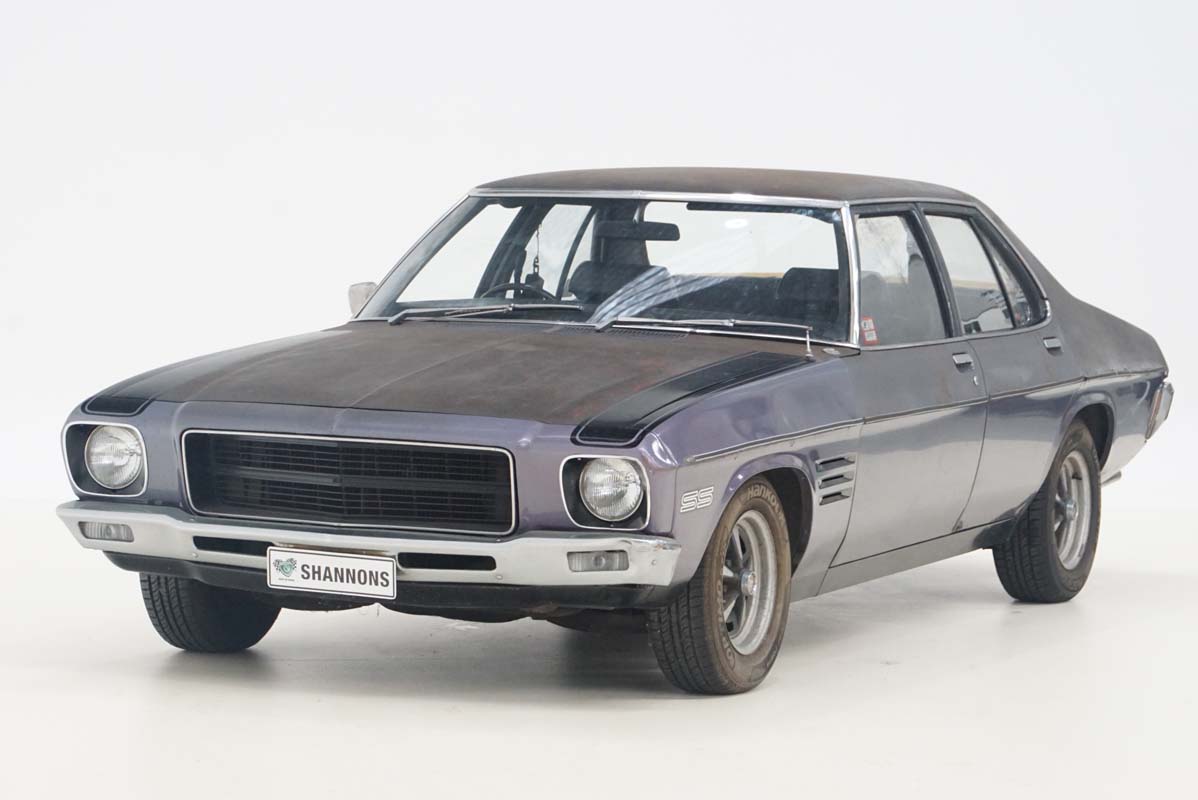 One of the most popular classic Holdens, behind the performance Monaros and Toranas, the SS was released by GM-H in August, 1972, as a tester for expanding the Monaro nameplate onto a four-door platform. 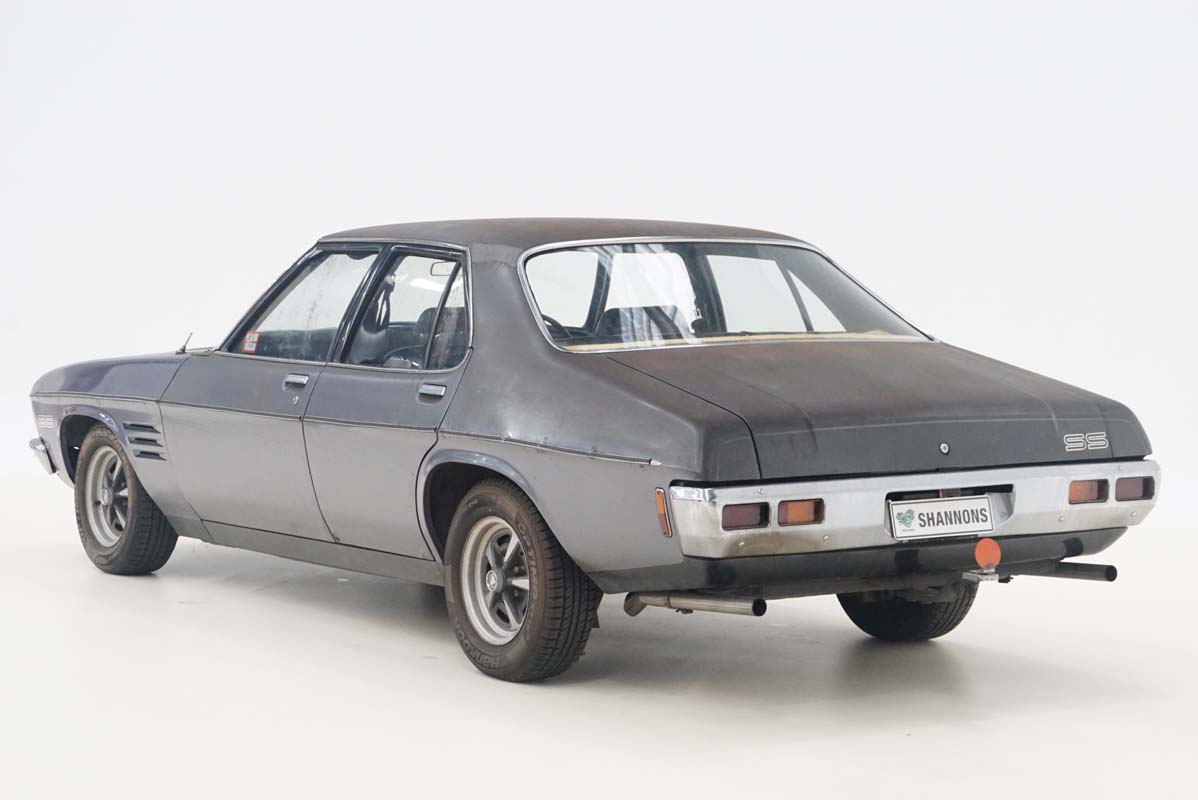 Only three exterior colours were offered – Lettuce Alone, Infra Red and Ultra Violet – with black stripes and SS decals on the GTS vented front guards and boot lid, regardless of paint choice.

As a marketing exercise, the SS was a huge success, with public response to the first production run of 1,600 vehicles (allegedly one for every Holden dealer and multiple units for larger dealers) leading to a second run of around 1,200 being built at the end of 1972.

With the popularity of the concept proven, the four-door Monaro was launched in March, 1973, and would eventually overtake the two-door version in terms of popularity and sales, while the ‘SS’ tag would be applied to subsequent Holdens, specifically the Torana and Commodore. 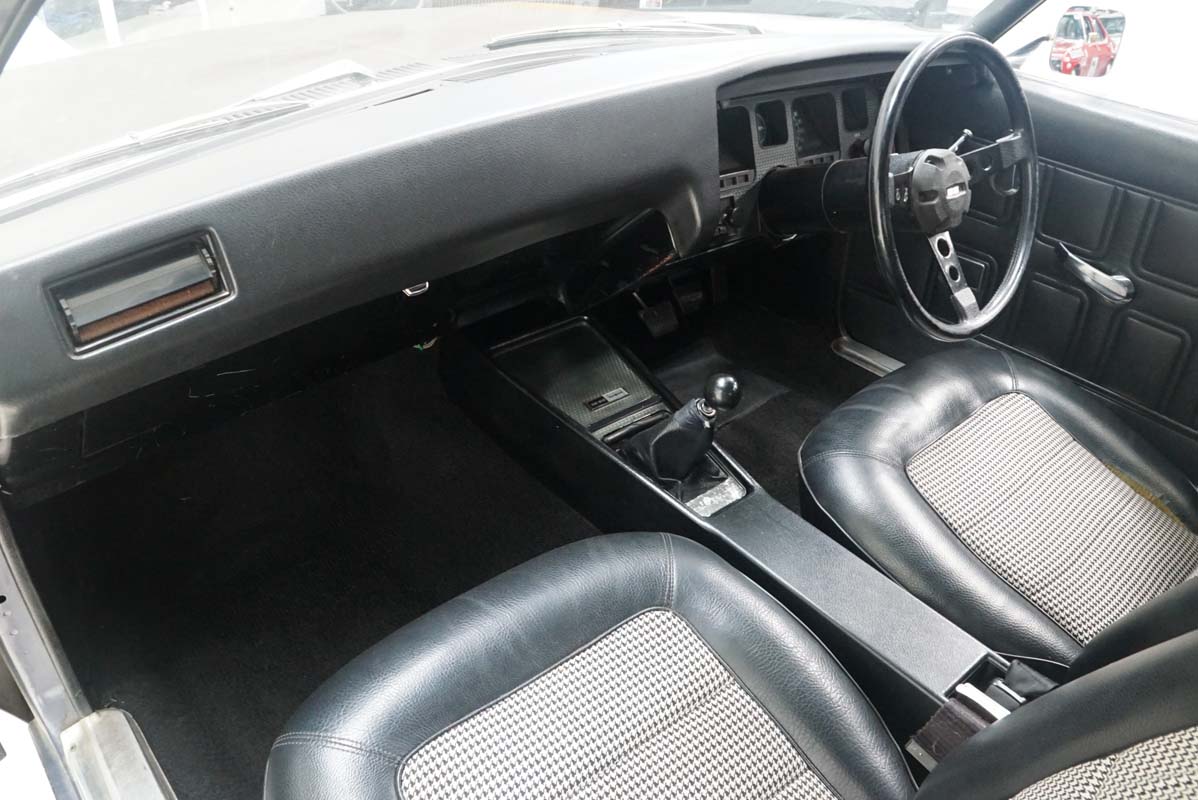 The SS offered in the Shannons Winter Timed Online Auction was from the first production run, finished in Ultra Violet, which was the least popular of the three colours offered. The paint had suffered UV damage across the upper surfaces, while rust bubbles were evident in the usual lower body areas when the car came to auction.

A one-family car from new, this SS was purchased by its owner when he was 52 and driven until he was 96!

Well maintained in its early years, using only genuine Holden parts, the SS was used less frequently later on, then parked up under a carport in 2016 and not started again until this past March.

Over the decades, the interior appeared to have survived better than the exterior, with the door cards and dashtop showing none of the usual sun damage and cracking, while the carpets were in very good condition. The seats were good, too, but the Houndstooth cloth inserts were showing signs of wear and damage.

One of a claimed 23 survivors of the Series 1 HQ SS in Ultra Violet, the car on offer came with an original Holden wallet containing the owner’s manual and owner’s guide with warranty card, as well as service records, a Holden V8 technical manual, an original SS sales brochure, assorted memorabilia and various spare parts. 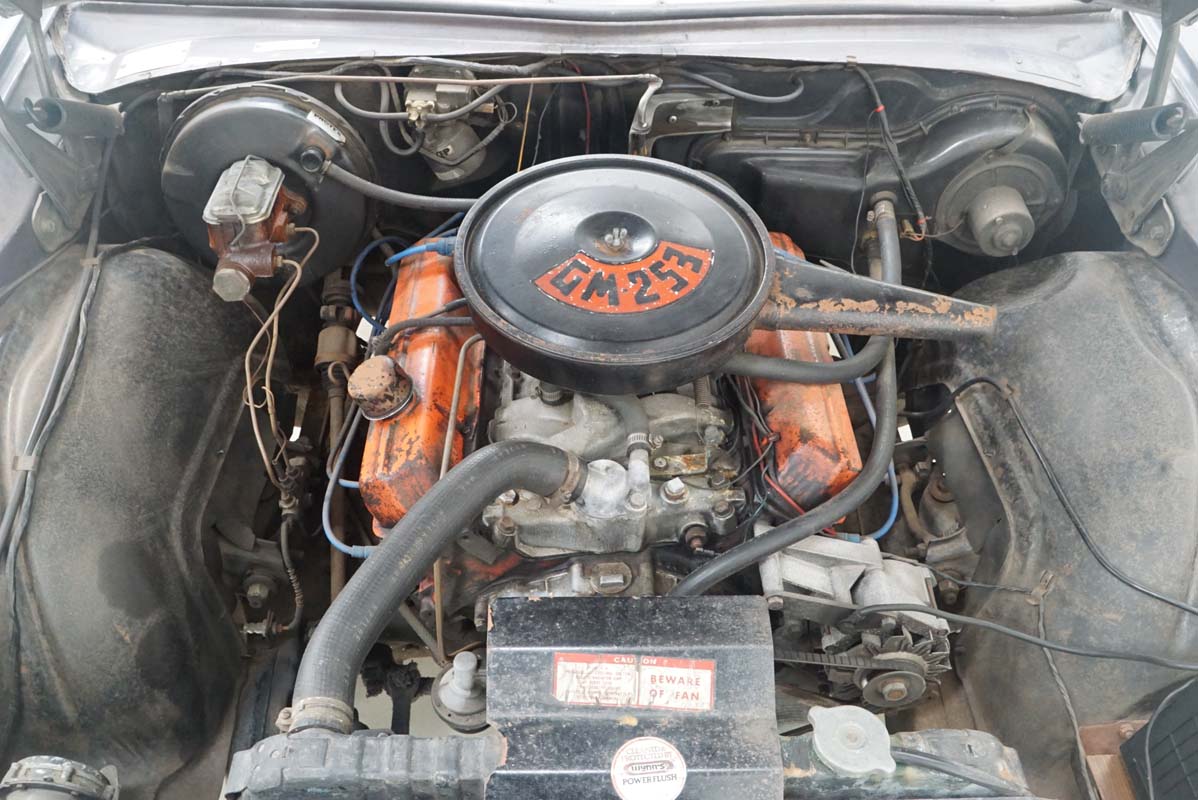 At the same auction, a 1978 HZ GTS sedan in much better condition sold for $80,500, which gives you an idea of the desirability of the HQ SS, even in rough condition.

For more details from this auction, go to: shannons.com.au