Every Australian motor racing enthusiast knows the Nissan Skylines that dominated ’90s tin-top motor racing, but how many know the back story to ‘Godzilla’?

The power decade of the 1960s exploded so many barriers. It was a time of rapid and creative change in every area of life – including the automotive world. Cars changed more dramatically over the ten years from 1960 to 1970 than any decade before or since. Every automotive manufacturer around the world was fighting flat out for commercial survival and national pride.

None fought harder or faster than Japan, with a growth curve out of the post-war years that pointed skywards. Today’s giant Japanese motor corporations were built on grabbing proven engine and drivetrain combinations from the west and design cues from anywhere, served up with a quaint Oriental otherness.

They had one thing in common, though – proving and promoting their product on track. One enterprise that did this successfully before being swallowed up by Nissan (by order of the Japanese government) was the Prince Motor Company.

As awareness grew about motor racing and motorways took travelling speeds from 60 to 100km/h, superior performance was key and the Skyline’s godfather, Shinichiro Sakurai, was onto it.

Ahead of the 1964 Japanese Grand Prix at Suzuka, Sakurai-san sprang into action, adopting what would become a familiar strategy – take the engine out of your big car and put it in your little car.

The 40hp 4-cyl 1500cc Prince Skyline from 1957 would become engorged with the Mercedes-like 2.5-litre inline six from the larger Prince Gloria, sleeved back to 1988cc to meet racing rules. Small problem, though - it was too long for the engine bay. Solution? Just cut and shut another 20cm into the monocoque (earlier cars have the weld line visible), stamp out a new bonnet and front guards and voila!, the Prince Skyline 2000 GT-B was born.

Group II touring car homologation needed 1,000 units built within a 12-month period. It was too late for that, so Prince’s new baby was homologated for Group III GT, where only 100 units were needed.

Now to make it faster.

Against the clock, they grabbed triple 40DCOE Webers from Italy and made a five-speed close ratio gearbox and LSD under licence from ZF.

The Prince Skyline’s SOHC engine was exactly square at 75mm x 75mm bore and stroke; a good basis for a high-revving race motor. Compression ratio was upped to 9.3:1, cam and exhaust were modified. The free-breathing cammy donk turned 127bhp (94.7kW) at a wailing 5,800rpm with 123ft/lb (166.7Nm) at 4,400rpm – puny by today’s standards, but jaw dropping to those witnessing a fiery new sports sedan for the road.

Production versions of the Prince Skyline 2000 GT-B had a 4-speed gearbox (essentially a 3-speed plus overdrive and a 4.44 final drive), twin piston disc brakes on the front and finned alloy drums at the rear. Racing versions had 5-speeds (both had unusual shift patterns) a 4.9 final drive and (gasp!) 5-inch-wide wheels.

Prince had stolen a march for the 1964 Japanese Grand Prix and rival Toyota was not well pleased. Unwilling to be shown up in GT-II, a quad cam mid-engined Porsche 904 magically appeared to be driven by a works driver, entered as a privateer. He mangled it in practice but appeared on the starting grid with steering a bit askew and behind the Princes.

The Porsche sprung into the lead but a roar worthy of Italian tifosi went up midway through the race as Tetsu Ikuzawa stormed car 41 ahead of the Porsche for a full lap.

At the end, Porsche prevailed, but Yoshikazu Sunako in car 39 chased the 904 home, with three other Skylines following him. Second was as good as a win, decided the home crowd, and a legendary racing name was cut into history.

With 1960s Series Production Touring Car racing growing increasingly popular, each new Japanese model checked out as they flooded the Aussie market. Eyebrows were raised over oddball offerings such as the Honda 1300, but the Prince Skyline GT-B (and milder GT-A) looked proper.

Classes were selected by price back then, so a pair of Prince Skyline 1500s were entered for the 1966 Gallaher 500 as there were not sufficient sales of the 2.0-litre GT-B to qualify it for Mt Panorama.

Despite never troubling the scorers in ’66, Prince came back to Mt Panorama in ’67, this time with proper Skyline GTs, but on-paper advantages did not hold up to the XR Falcon GT or top packages such as the Cooper S and Alfa Romeos. That year, the Skyline GT of Carl Kennedy/Jack Murray placed 34th out of 48 finishers.

Results were better in Improved Production, especially in South Australia where an active distributor put cars in capable hands. John Newmarch had good success and John Longbottom took the class win in the SA Hillclimb Championship, ahead of your scribe in a Volvo 142S.

When Appendix J was revived in the early ’80s, ex-Navy man Peter Sneddon considered a Mk III Ford Zephyr until hearing about the Prince. Many languished unwanted (common wisdom was if you want triple Webers, buy a Prince and junk the rest), so Peter bought two to make one.

First race meeting – a very wet Calder. “I thought, ‘these guys are mad, they’re trying to kill me or each other’,” he remembers. “The track was awash, cars spearing off all over the place. One flipped after hitting a guard rail, a Studebaker spun four times in front of me. I still don’t know how we didn’t hit. I finished my first race in last place wondering if I really want to do this.”

But Peter persevered, steadily improving the car. In 1989, he ran in the top ten in the Club Championship, qualifying to enter the support category for the Australian Grand Prix in Adelaide, where the car obligingly failed in practice.

Parked in the early ’90s, the Prince is now being re-fettled and Peter hopes to have it on track again as early as year’s end.

Peter Winter, the HTCAV’s first Club Champion (in an EH Holden) and Nissan dealer at the time, had traded a Prince and taken it to the late Paul Trevethan to be turned into a race car. It wasn’t to his liking (“too tall, felt like it wanted to lie down on its side all the time”) and after blowing a head gasket it was flicked to Graeme Raper, these days a front-running historic competitor in a fierce sidevalve Monoposto Ford V8.

Graeme thought it was great. With a new race engine, it was fast and reliable, winning two Class Championships on the trot.

“One day, I got the opportunity to buy Tasmanian John Routley’s Chev Bel Air race car - a stablemate for my late brother Ken’s car,” the ebullient Graeme said. “Sadly, I didn’t ‘tuck the Prince away’ but chased it for years as it was being on-sold.

“Promises for first refusal weren’t kept, but one, Jim Stephen, was as good as his word and last year I got it back. Now it’s a bare metal rebuild and meticulous race prep, ready for some hard campaigning!”

The car now waits in Makulu Vehicle Storage alongside the car it had to make way for - the Chev Bel Air.

Straight sixes down the straight

Seems like Nissan fans can soon look forward to hearing the wail of a pair of Godzilla Grandpas, almost 60 years after five Prince Skyline GT-Bs at Suzuka inspired a new motorsport nation and a tradition of race-winning for Nissan supercars. It’s a heritage to be very proud of. 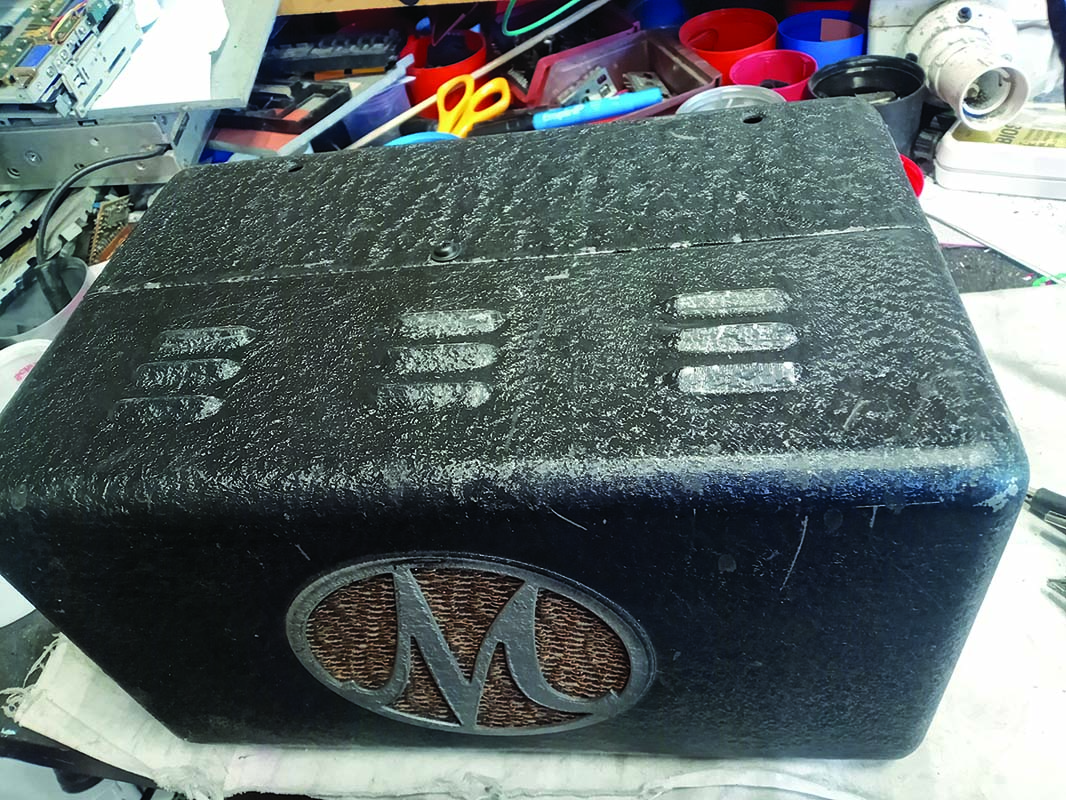 “This is the BBC Home Service…”

After a long and complex repair of a monster Motorola valve radio from a 1937 Rolls-Royce, HTCAV sponsor Mark Sully of Old Car Radios Fixed may have been disappointed not to hear British Prime Minister Neville Chamberlain announcing “peace in our time” after meeting German Chancellor Adolf Hitler in 1938. 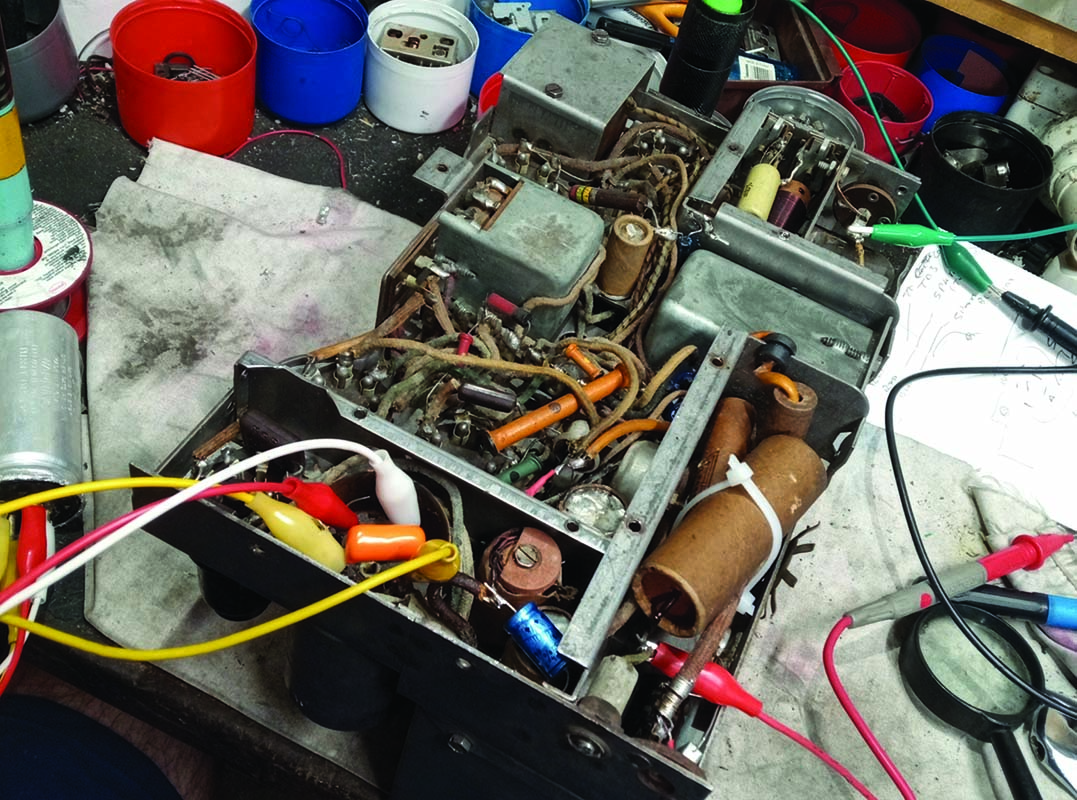 But he was delighted to hear the ABC coming through loud and clear through this supposed write-off. Many components had to be replaced or newly made from brass and stainless steel. Luckily, the valves (some the size of 300ml Coke bottles) were still serviceable.

Full marks to the car owner for insisting on originality, as the magical sound of valves over transistors has a cosy richness similar to that of vinyl over digital.

And full marks to Mark for resurrecting this 84-year-old electronic masterpiece, possibly his most challenging job yet.