Reproduction of 1953 Le Mans 24 Hours winner to be limited to eight units.

While Jaguar will be celebrating the 60th Anniversary of the E-type in 2021, this year also marks the 70th Anniversary for the C-type. To acknowledge that milestone, Jaguar Classic will produce a strictly limited run of 'C-type Continuation' cars.

Following on from Lightweight E-type, XKSS and D-type recreations, the new addition to the Jaguar Classic Continuation programme will be based on the car that was a two-time Le Mans winner and victorious in innumerable other road and circuit competition events.

“Driven by some of the most-admired racing drivers in history, the C-type laid the foundations for Jaguar’s success in endurance racing and is synonymous with design and engineering innovation,” said Dan Pink, Director of Jaguar Classic.

“Seventy years on, Jaguar Classic is proud to be able to utilise the latest innovations in manufacturing technology – alongside traditional skills and unrivalled expertise – to reintroduce this legendary car for a new generation of enthusiasts to enjoy.”

Also known as the Jaguar XK 120C, the C-type debuted in 1951 and was built exclusively for racing.

A four-speed gearbox, model-specific lightweight tube steel spaceframe chassis, upgraded suspension and rack-and-pinion steering were other features of the C-type racers, but the most obvious deviation from the XK 120 was the aerodynamic aluminium body that was developed by Sayer, Bob Knight and William Heynes and fine-tuned in a wind tunnel.

The early C-types were fitted with twin SU carburettors and drum brakes. And it was in this specification that Jaguar won Le Mans in 1951.

From 1952, the carbs were upgraded to triple Weber 40DCO3s, which along with other changes, resulted in an extra 20hp (15kW). Braking was also upgraded, with discs all round, while additional lightweighting was achieved by using thinner body panels, modified electrics and bladder-style fuel tanks. This latter specification delivered a second Le Mans 24 Hours win for Jaguar in 1953.

Over three years, a total of 53 C-types were built, 43 of which were sold to privateers in the SU/drum brake spec, while the Weber carbs and disc brakes remained the preserve of the works cars.

Announced on 28 January, the C-type Continuations to be built by Jaguar Classic will be to the same specification as the 1953 Le Mans winner and authentic in virtually every detail.

As with the previous Jaguar Classic Continuation programmes, Jaguar Classic engineers have delved in Jaguar’s archives for blueprints and records, cross-referencing that data against digital scans of an original C-type and the latest CAD technology. 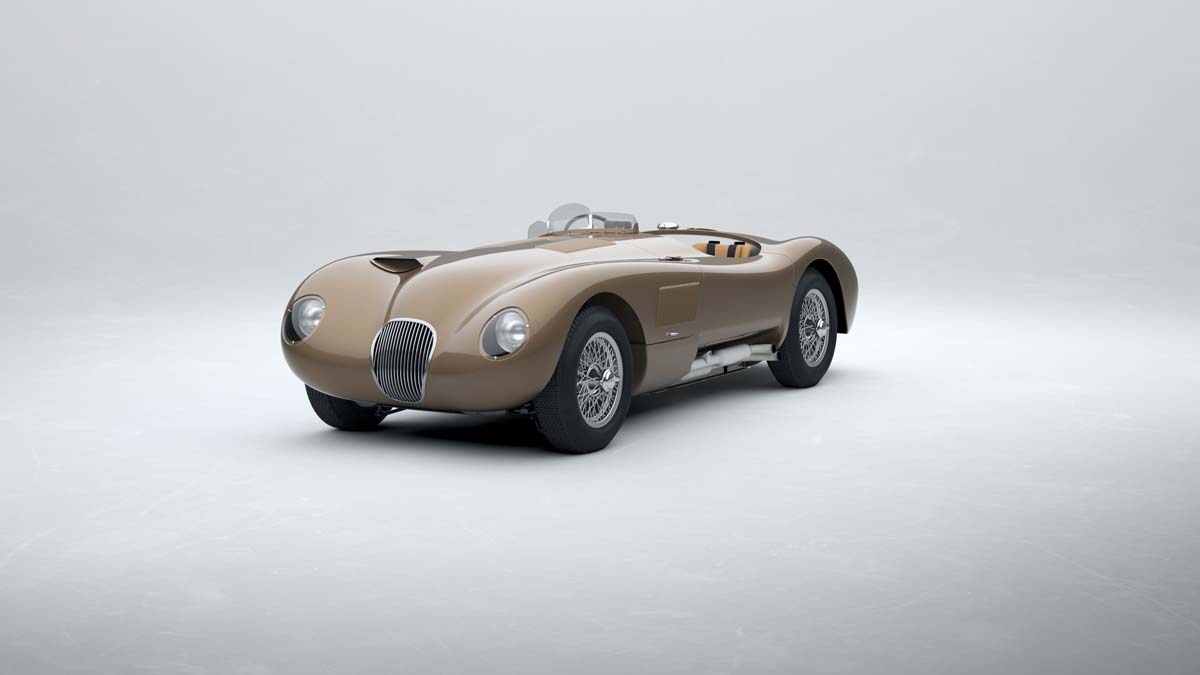 The end result, says Jaguar Classic, will be the most authentic new C-type possible. 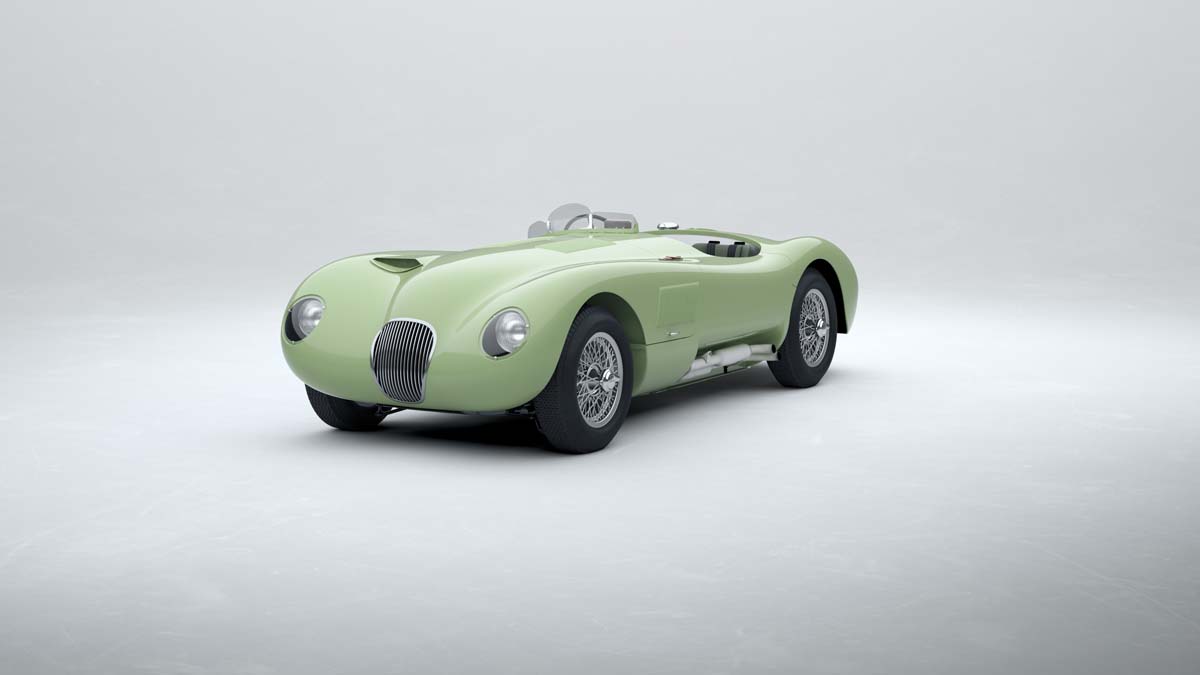 Ensuring exclusivity, just eight C-type Continuation cars will be built, all to the same 220hp (164kW) specifications as the ’53 Le Mans winner.

With the specification being FIA-approved, these new C-types will be eligible for historic racing, but illegal for road use.

Options include a Harness Retention System and roll bar protection, with Jaguar Classic also offering customers the opportunity to visualise their C-type Continuation virtually using an online configurator. This new tool (at classicvisualiser.jaguar.com) allows colour and trim options from the twelve exterior colours and eight interior colours – all authentic to the original C-type and available in period - to be compared. Racing roundels, a steering wheel badge and even bonnet badging can be added virtually to help customers determine final specification.

Pricing has not been revealed, but is expected to be around the same AU$2 million mark per unit as Jaguar's previous Continuation cars. Completion of the eight cars is expected by 2022.

For more information, go to: jaguar.com/classic 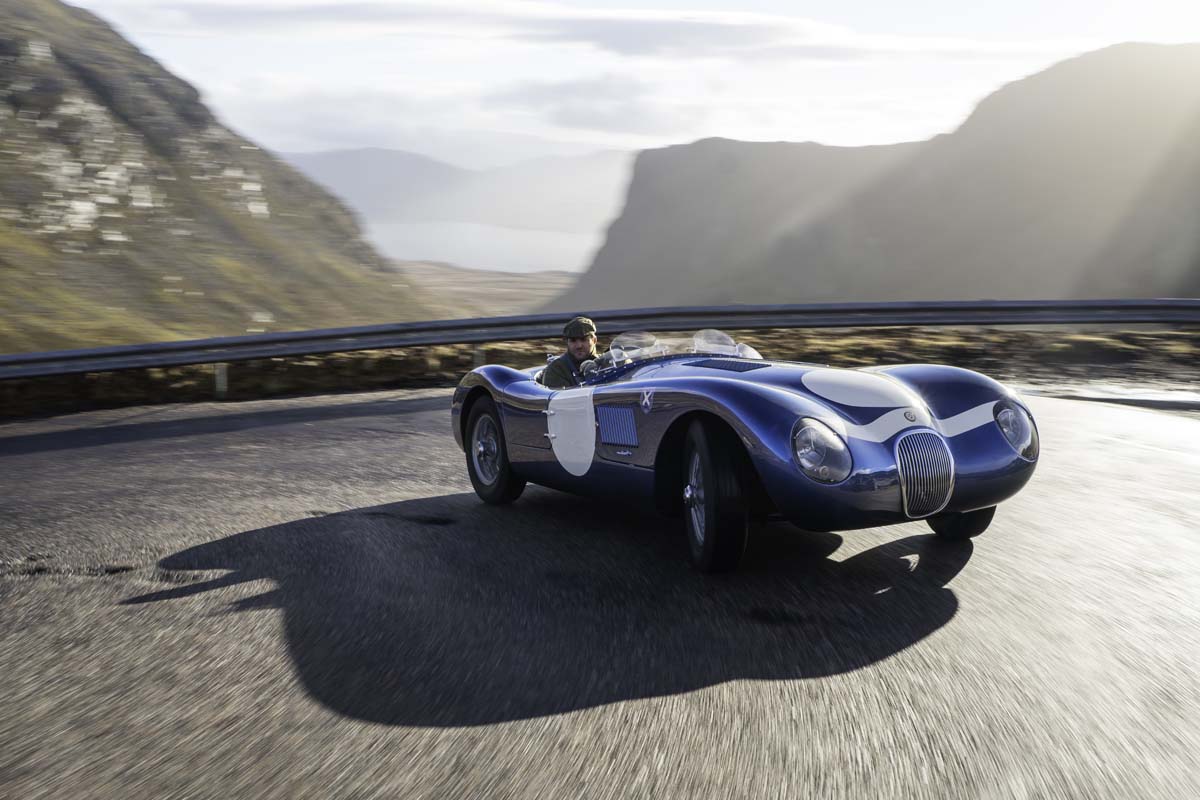 Established in 1951, Ecurie Ecosse was a privateer team based in Edinburgh, but became Scotland’s “national team” in motorsport. Starting with XK 120s, they progressed to run C-types from 1952. Supported by Jaguar and fielding as many as seven C-types, Ecurie Ecosse achieved 59 podiums, but their most notable competition successes were the back-to-back wins they took at Le Mans in 1956 and ’57 with the Jaguar D-type. 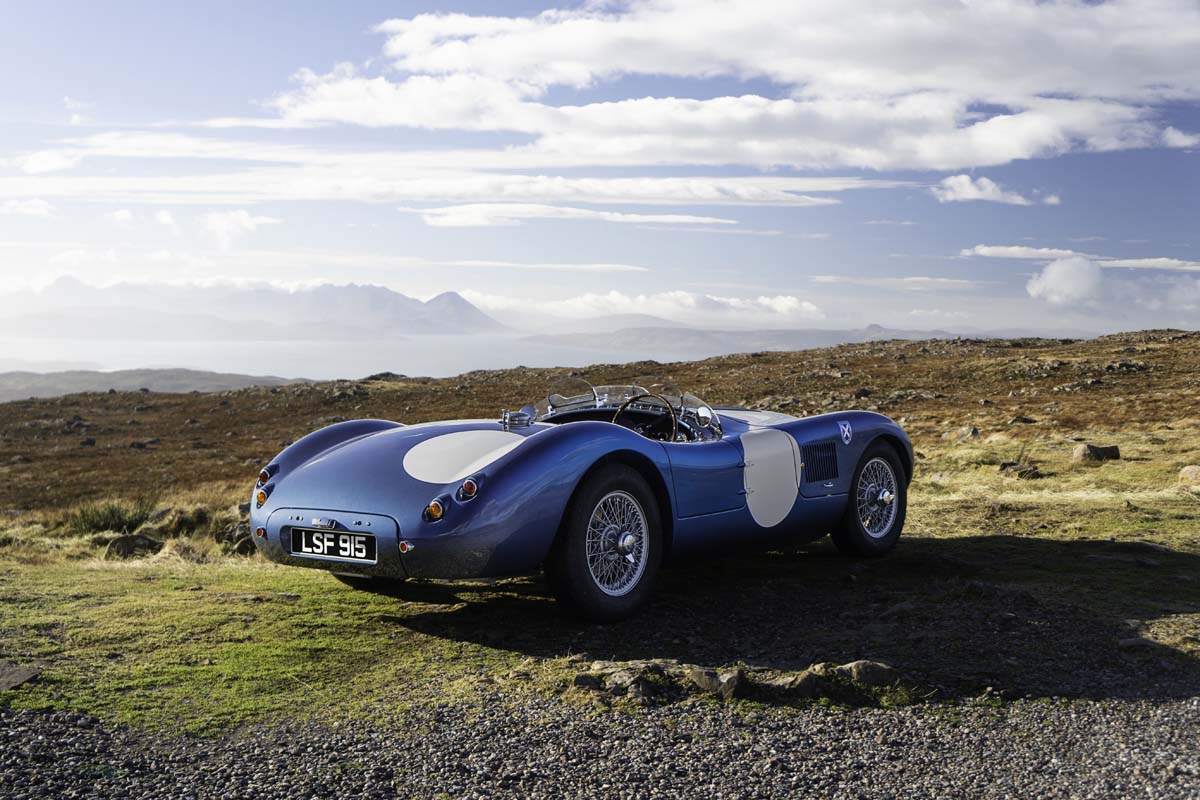 “We are paying homage to these cars by creating a numbered sister car to each one, meticulous in their detail, like their forebears, hand-built in Coventry and tuned by Ecurie Ecosse technicians.”

Despite being made in Coventry, the Ecurie Ecosse C-type tributes have no connection with the recreations coming from Jaguar Classic. They won’t be authentic to original C-type specification, either, with the drivetrain upgraded to a fuel-injected 4.2-litre six-cylinder engine and five-speed gearbox. Brakes and suspension will be uprated to suit and the body will be both wider and stiffer.

Priced from £432,000 (AU$750,000 approx.), the first Ecurie Ecosse C-type tribute has already been completed, but no timeframe for completion of the other six has been set.