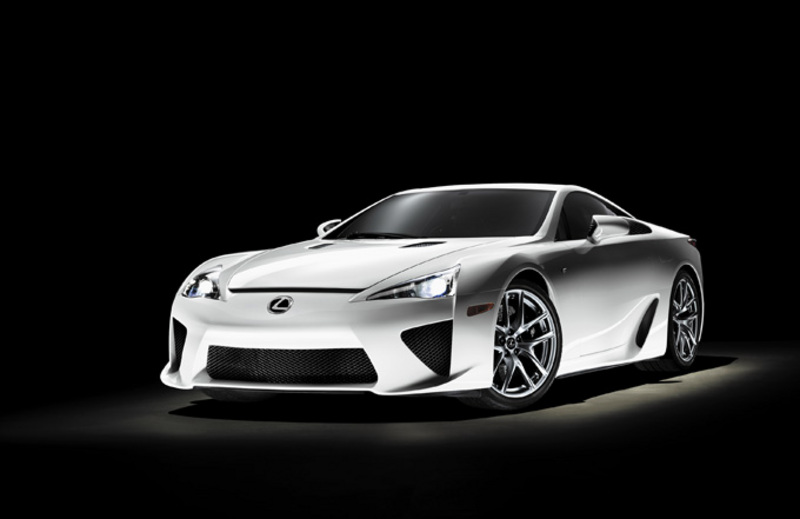 Dubbed the LFA, the two-seat V10-powered supercar will go into production at the end of 2010 and production will total just 500 cars.

While pricing is a long way off being finalised, a ball park of between $500,000 and $750,000 is being mentioned, but despite this, Lexus has already begun pre-sales of LFA.
Lexus describes the car as one that " … combines high output, superb chassis design and meticulous aerodynamics to achieve instantaneous total vehicle response characterised by high-rev, seamless acceleration echoed by a self-defining resonance from its 4.8-litre V10."

The powerful but lightweight powerplant is made from aluminium, magnesium and titanium alloys and it is smaller than a conventional V8 and this means optimal weight distribution and an exceptional power to weight ratio.

Weightier components such as the engine and transmission are positioned within the wheel base and the car's low centre of gravity is achieved by the use of dry sump lubrication along with placing components such as the oil and water pumps behind the engine. Lighter components, including the radiator and electric fans, sit behind the rear axle.
Positioning the transmission and the fuel tank in front of the rear axle also helps by minimising weight shift during cornering.

Combined with a front engine and rear-wheel drive configuration, the short, wide and low body allows the LFA to achieve its target front to rear weight distribution of 48:52.
Lexus claims a peak power figure of 412kW at 8700rpm and maximum torque of 480Nm at 6800rpm. The engine will deliver exceptional acceleration up to the 9000rpm redline and 90 percent of its peak torque is on tap between 3700 and 9000rpm. The engine uses titanium valves, ultra lightweight rocker arms with a diamond-like coating and a fully integrated lower crankcase that reduces pumping losses at high revs.

Another feature of the V10 is that it is fitted with independent, electronically controlled throttle bodies that ensure precise delivery of air to each of the cylinders. This means engine response time is around half the normal response time of a single-throttle valve. Equal length exhaust manifolds combined with dual exhaust system routed through a multi-stage titanium main muffler fine tunes the exhaust note and an acoustically tuned surge tank linked to 10 individual throttle bodies gives the LFA the kind of ear drum tingling exhaust note you'd expect from a supercar.

Transmission is via a six-speed automated sequential gearbox fitted with heavy duty synchroniser rings and a newly developed gearshift actuator.

There are four selectable driving modes and a seven stage shift speed selector that results in upshift speeds down to 0.2 seconds.

The LFA has a light, highly rigid carbon fibre reinforced plastic cabin that is 100kg lighter than a comparable aluminium body shell. Centralised seating is achieved by using a rear trans axle and vertically stacked torque tube and exhaust pipes - a move that reduces the width of the centre tunnel.

Stopping power is managed by carbon ceramic brake discs and an electronically controlled braking system and the car runs a double-wishbone front suspension set-up and a rear multi-link rear arrangement. 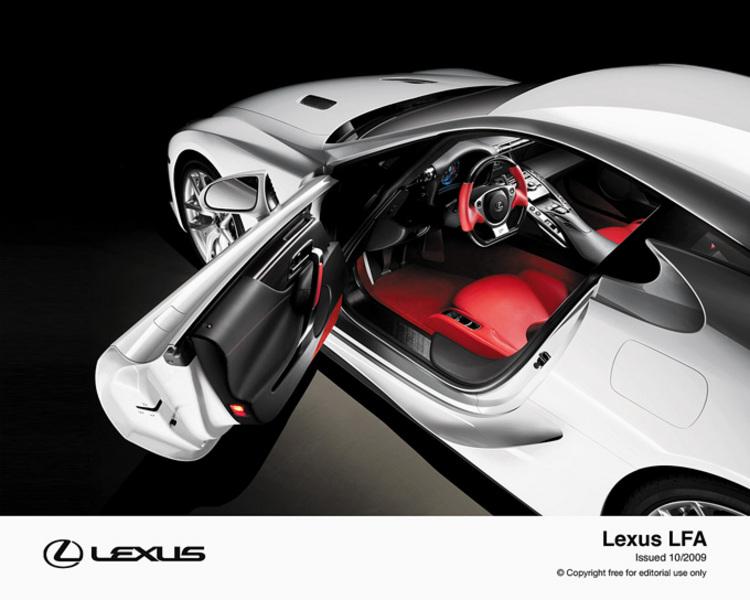 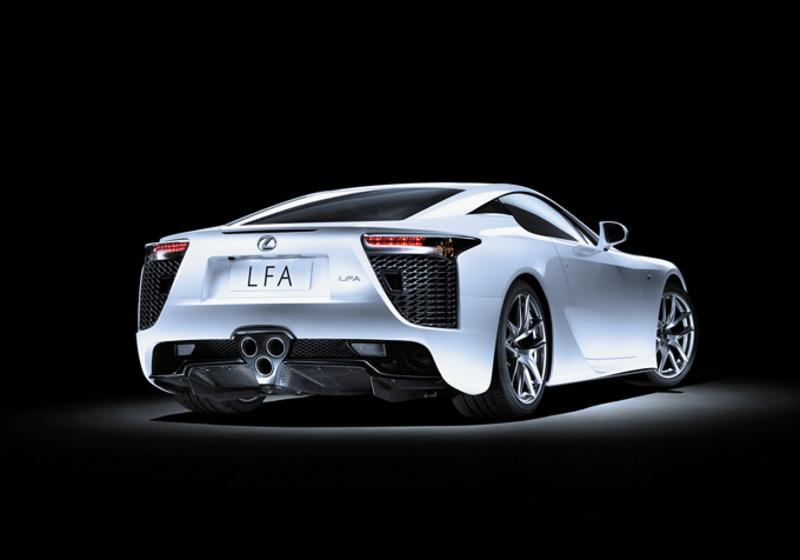 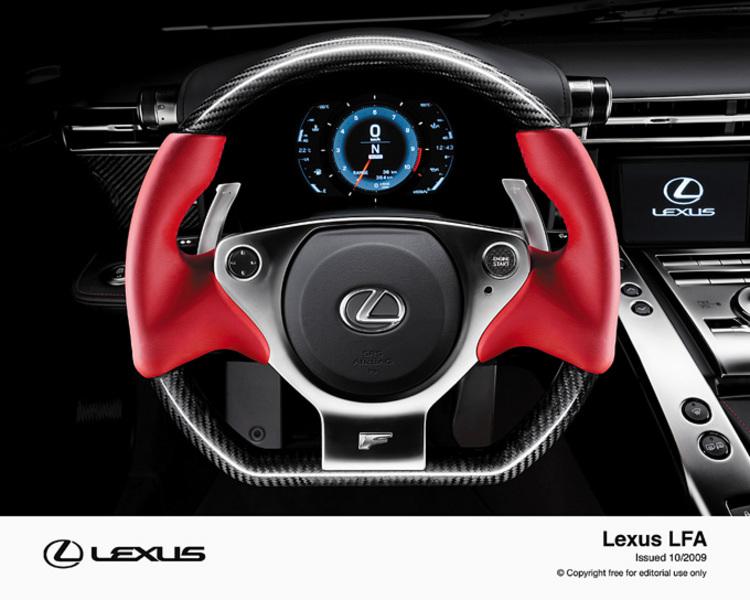