Three variants of the V6-engined Exige Final Edition to be offered, two with power upgrades

Lotus will farewell the Exige this year, bringing an end to a nameplate that’s been in the lineup since 2000. Production of the high-speed, harder-edged cousin to the Elise will end with the release of a trio of ‘Final Edition’ models that offer power upgrades on two variants, as well as unique design features and new colours across the range. 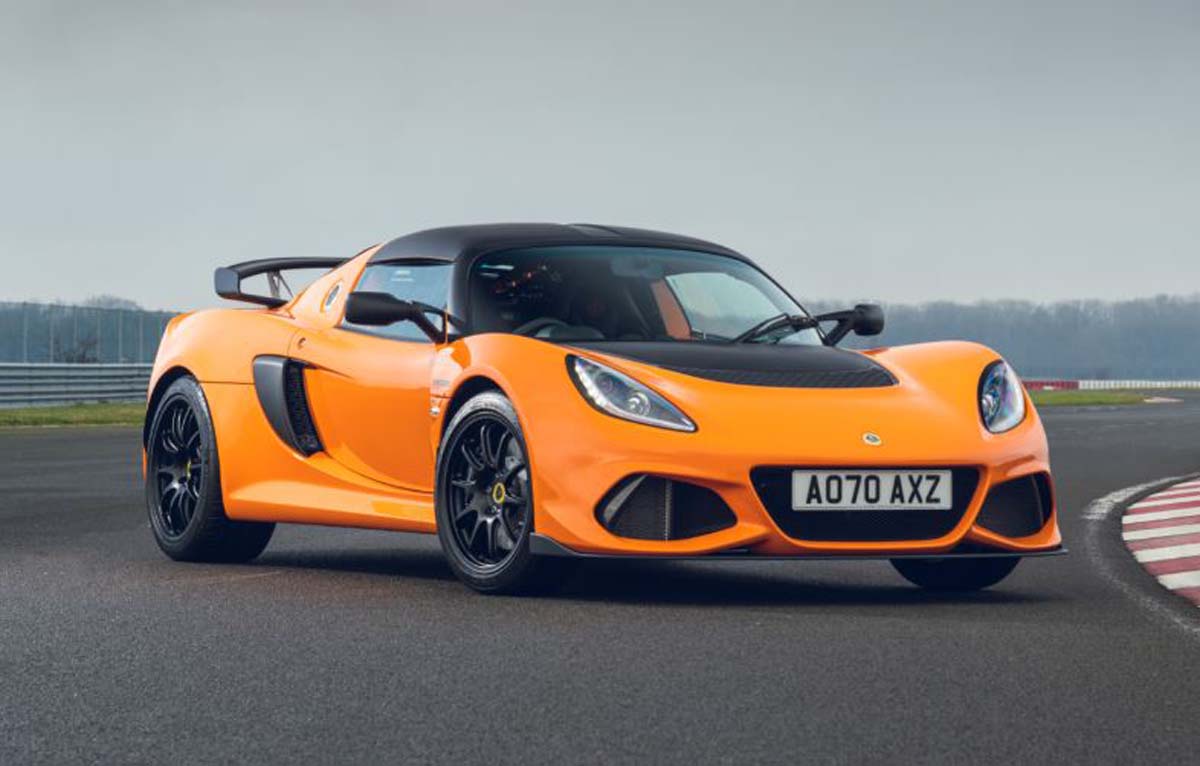 While the 3.5-litre supercharged petrol V6 remains the common engine across the Exige range, it has been boosted in two of the three Final Editions, starting with the Exige Sport 390.

Lotus says the advanced aerodynamics on this model are carefully balanced, generating 70kg of rear downforce and up to 45kg at the front.

Other features include lightweight forged alloy wheels that are an inch larger front and rear than those on the Elise (17-inch front, 18-inch rear) and shod with Michelin Pilot Sport 4 tyres.

The Exige Sport 420 Final Edition runs the same lightweight 10-spoke alloys as the Sport 390, but in a different finish, while tyres are upgraded to the Michelin Pilot Sport Cup 2.

On the range-topping Exige Cup 430 Final Edition, power and torque are unchanged at 430hp (321kW) and 440Nm, with a high-flow titanium exhaust as standard for an unchanged top speed of 280km/h and 0-100km/h acceleration of 3.3 seconds.

A mass of motorsport-grade carbon fibre panels are standard, so weight is just 1,110kg, for a power-to-weight ratio of 378hp per tonne.

Adjustable traction control remains a feature of them Exige Cup 430, with five pre-set intervention level options available, while braking, suspension and wheel/tyre components are the same as the Exige Sport 420 Final Edition.

Special colours exclusive to the Exige Final Editions are: Metallic White, from the unveiling of the V6 Exige at the Frankfurt Motor Show in 2011; and Metallic Orange, which was used on both the first press fleet car in 2000 and the Exige GT3 concept from the 2007 Geneva Motor Show.

Australian release of the Elise and Exige Final Editions is confirmed, with arrival expected sometime in the second half of 2021.