Is this the lowest-kilometre Gen-F GTS manual sedan in the world?

When it comes to late model HSV cars that are powerful, desirable and just damn cool, while still being attainable, it’s hard to go past the Gen-F GTS. 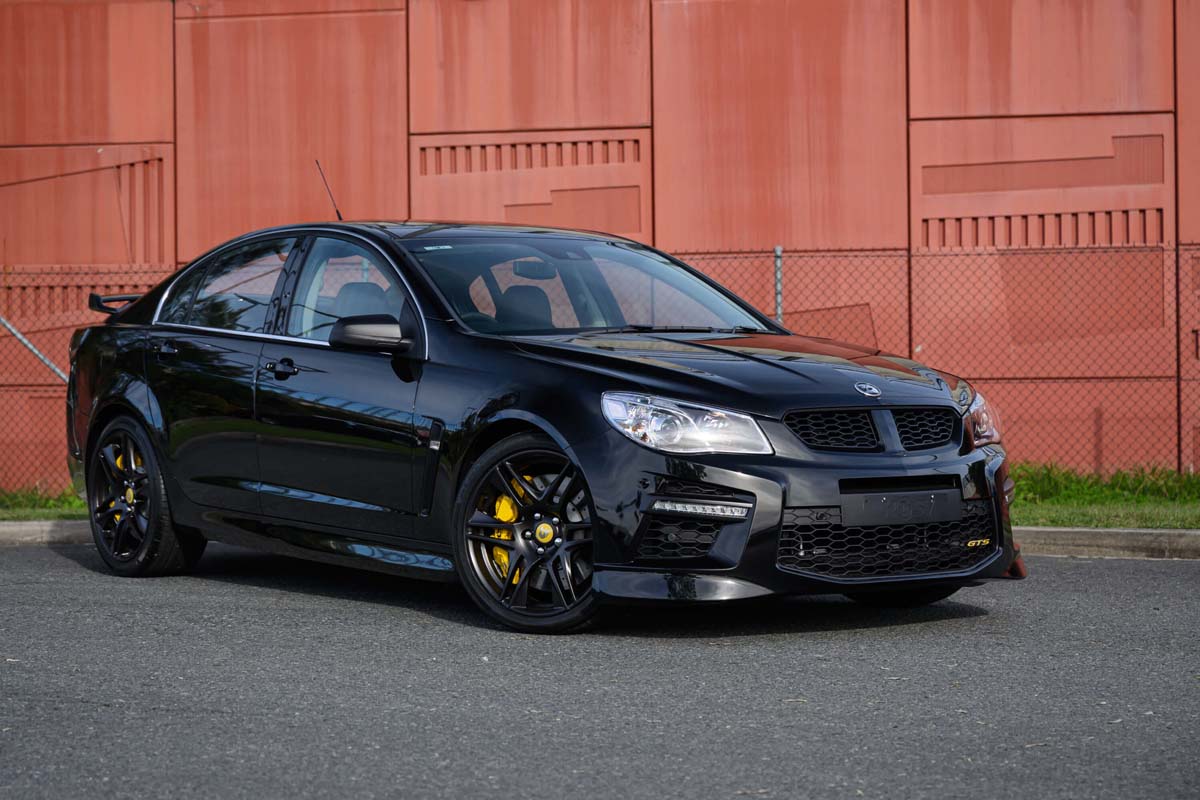 The GTS badge has history with HSV stretching back to the VP Series of the early 1990s and running through to the VY Series. After skipping a generation in the Z Series (aka VZ), the GTS returned on the E Series (aka VE) in 2006. Under Gen-F (aka VF) production that started in 2013 and ran through to the arrival of the Gen-F2 in late 2015, the GTS became one of the greatest cars to wear an HSV badge. 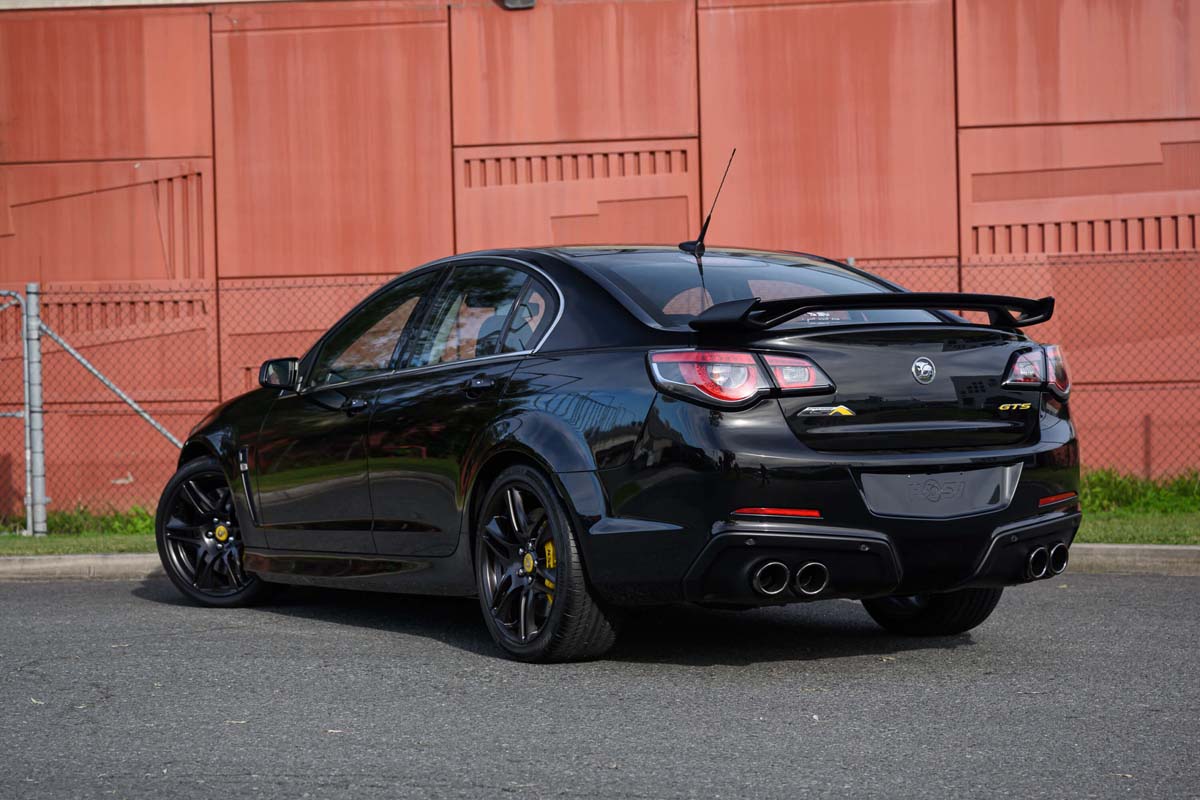 What set the GTS apart from the pack, even amongst other HSV offerings back then, was mental power and torque outputs of 430kW and 740Nm. More powerful than a Clubsport, Senator, Grange or Maloo, all that nuclear-level performance was due to the GTS’s supercharged 6.2-litre LSA V8 engine. 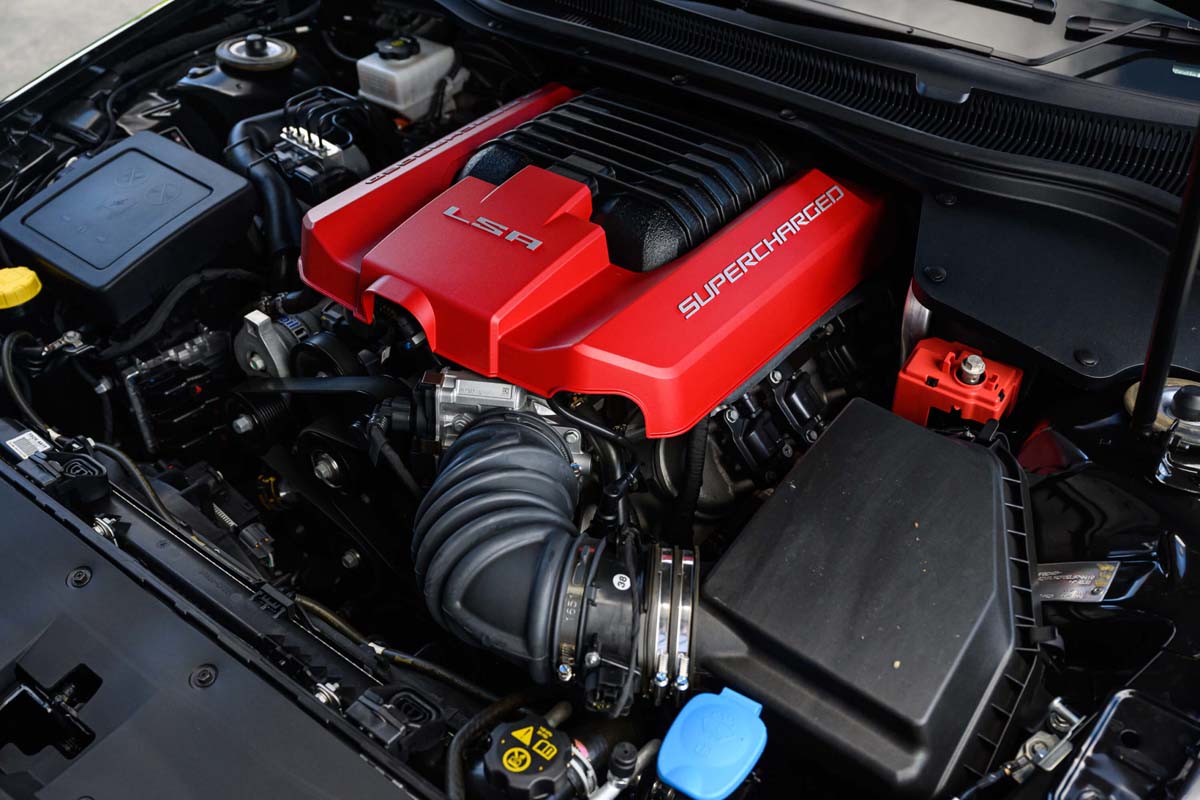 Normally found in Chevy’s Camaro ZL-1 and Cadillac’s CTS-V sedan, the LSA was exclusive to the Gen-F GTS sedan initially. A GTS Maloo added in 2015, and while the GTS sedan’s status as King of the Hill was usurped by the GTSR that arrived in 2017, that model only added an extra 5kW, with no increase in torque.

For GTS owners, the whine of the LSA supercharger as it spun up was challenged for aural excellence by the rumble of the hi-flow exhaust system with bi-modal mufflers.

Of course, the GTS sedan didn’t just sound great, it looked sensational, too, thanks to HSV body upgrades from nose to tail, along with LED headlights, DRLs and tail lights. 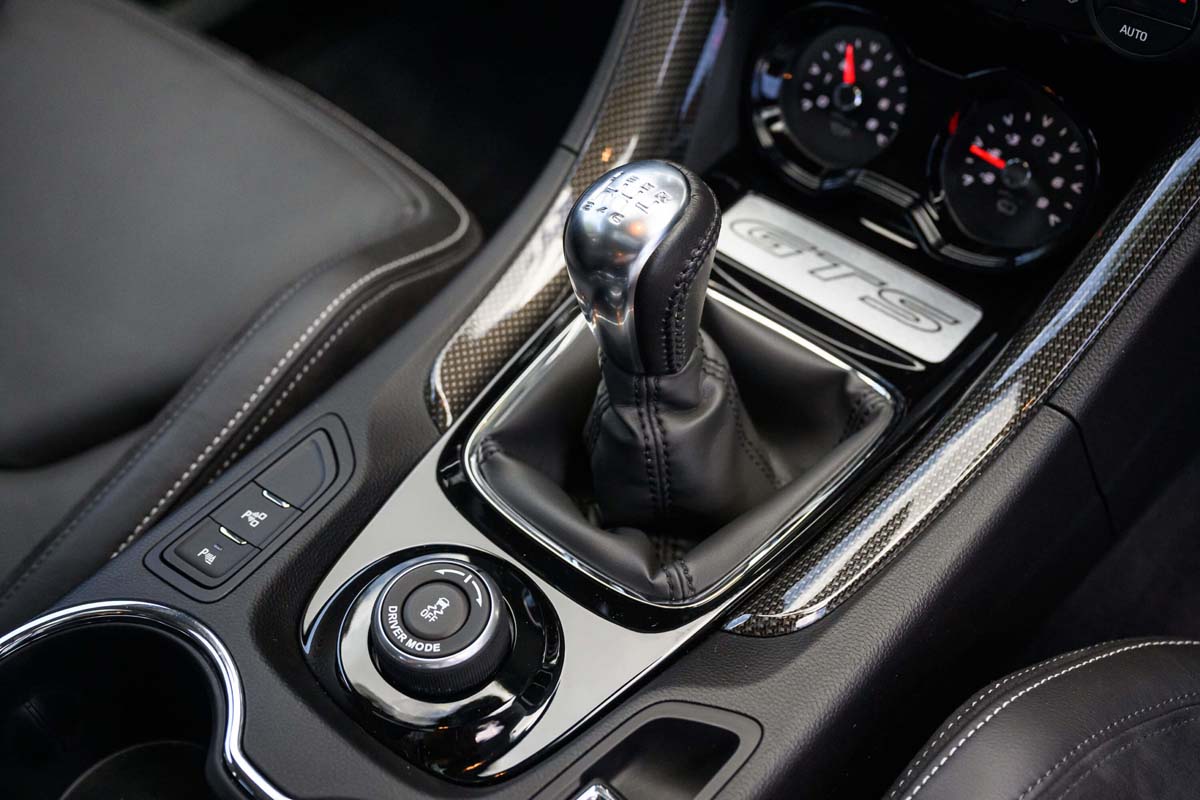 On the transmission front, a six-speed automatic was optional, but the standard MG9-spec Tremec TR-6060 six-speed manual was preferred by many buyers. These extra heavy-duty versions of both transmissions were mandated by the output from the LSA, as were things like a stronger 9.9-inch diff and thicker drive shafts. 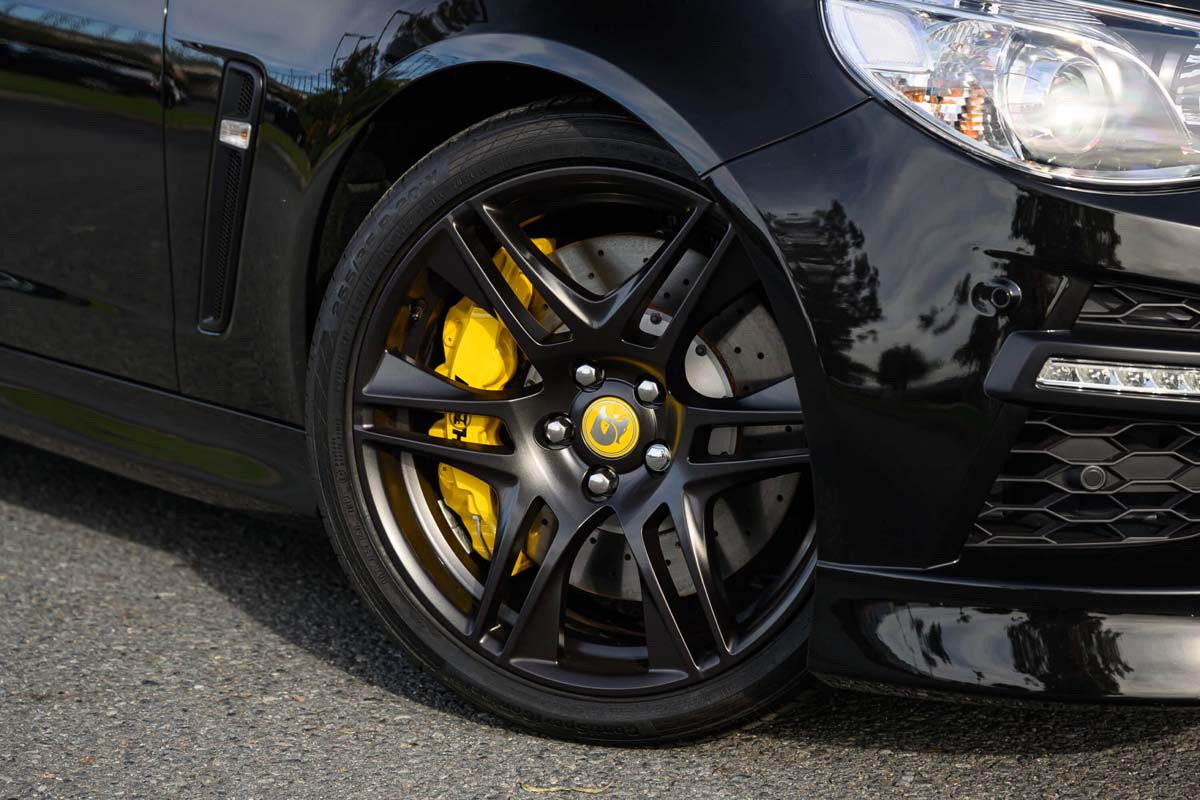 All that power didn’t come at the expense of luxury, though, with HSV Performance seats in Onyx leather, front seat heating and power adjustment, dual zone climate control, an 8.0-inch centre console touchscreen with MyLink Infotainment, Enhanced Driver Interface with track maps, a nine-speaker BOSE premium sound system, Bluetooth and sat nav all on the standard spec list. In fact, only a power sunroof and different trim finishes were on the options list. 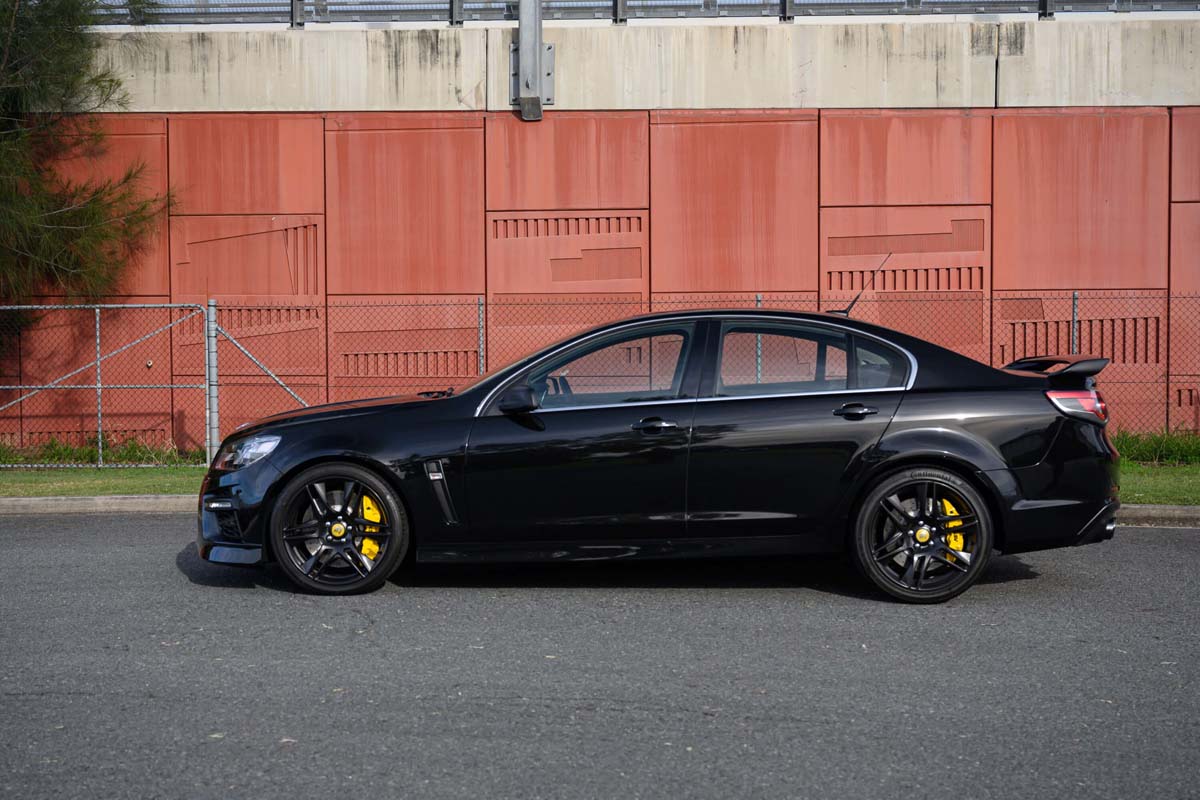 On the convenience front, there was a rear-view camera, auto park assist, an electric park brake, hill hold control and hill start assist were some of the many standard features. And because everyone was hooked on drive-through coffee, even back in 2013 when the Gen-F GTS was new, there were cupholders front and rear, too! 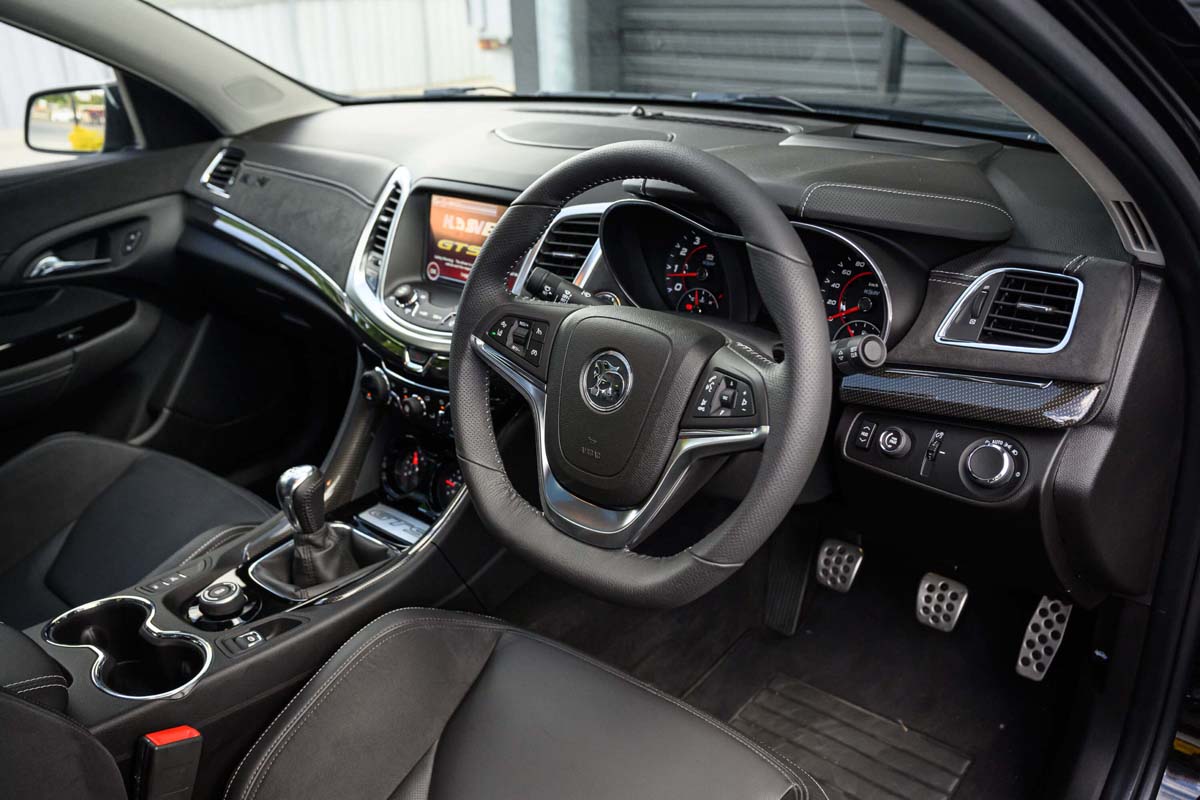 The Gen-F GTS sedan on offer through Chrome Temple’s first online auction is a 2014 model, build #1189, finished in Phantom Black with a matching black leather interior and including the optional sunroof. Delivered new in NSW but currently located in Queensland, the GTS is already a desirable vehicle, but what makes this one extra special - and a target for savvy collectors - is the fact there’s only 163km on the odometer. Yes, ONLY 163km. That’s delivery-level mileage, so it’s no surprise the car is as-new inside and out. 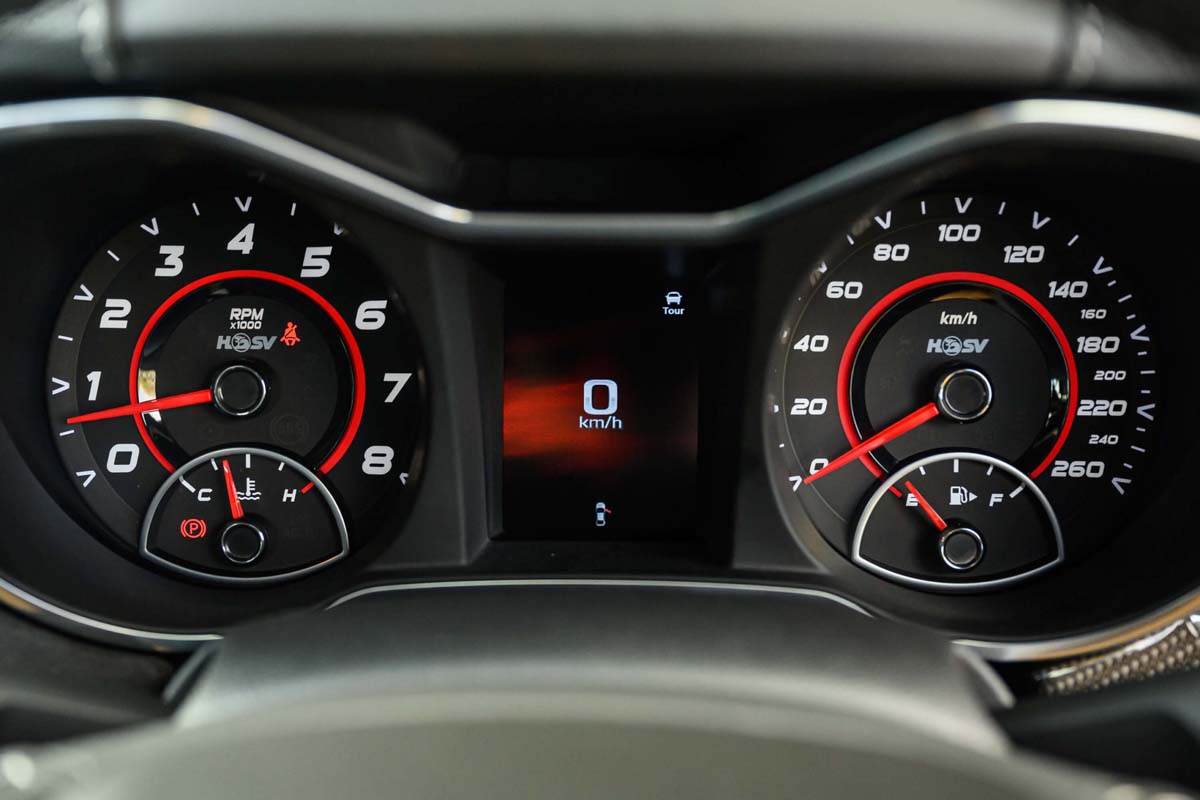 Chrome Temple describe this car as museum quality, but with 430kW, 740Nm and that sonorous V8 soundtrack, the next owner can’t keep it in storage without driving it at least once... or maybe twice!

A one-owner car from new and offered with all books, this GTS also comes with a Pre-Purchase Inspection report and PPSR certificate from Chrome Temple Motors for peace of mind. Chrome Temple Motors also offer Safe Settlement and Automotive Butler support services for buyers.

The Chrome Temple auction opened on Monday, 12 July and runs through to Monday, 26 July, closing at 7:00PM (AEST).

Bid extension and timely notifications are other features of Chrome Temple Motors auctions, ensuring bidders have every opportunity to secure their pride and joy. 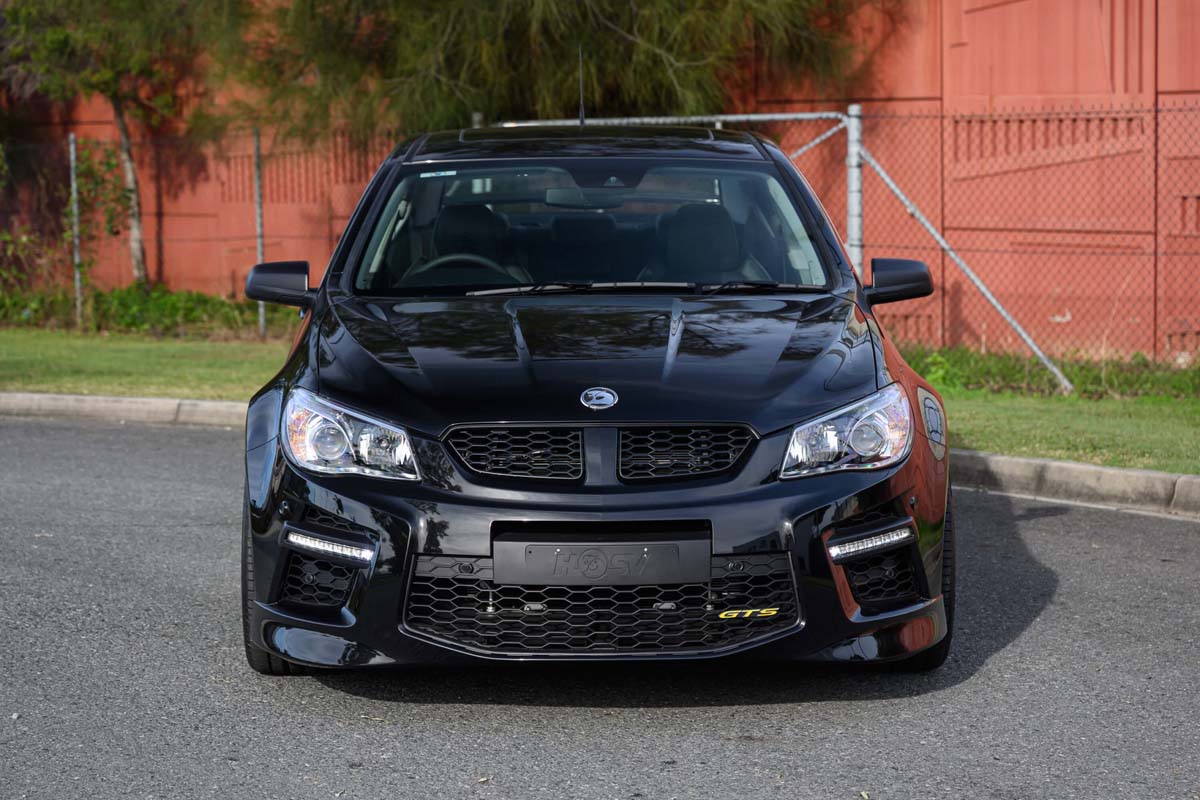