The latest project from McLaren Special Operations (MSO), the in-house bespoke and customisation arm of McLaren Automotive, is a 720S finished in Gulf Oil livery. 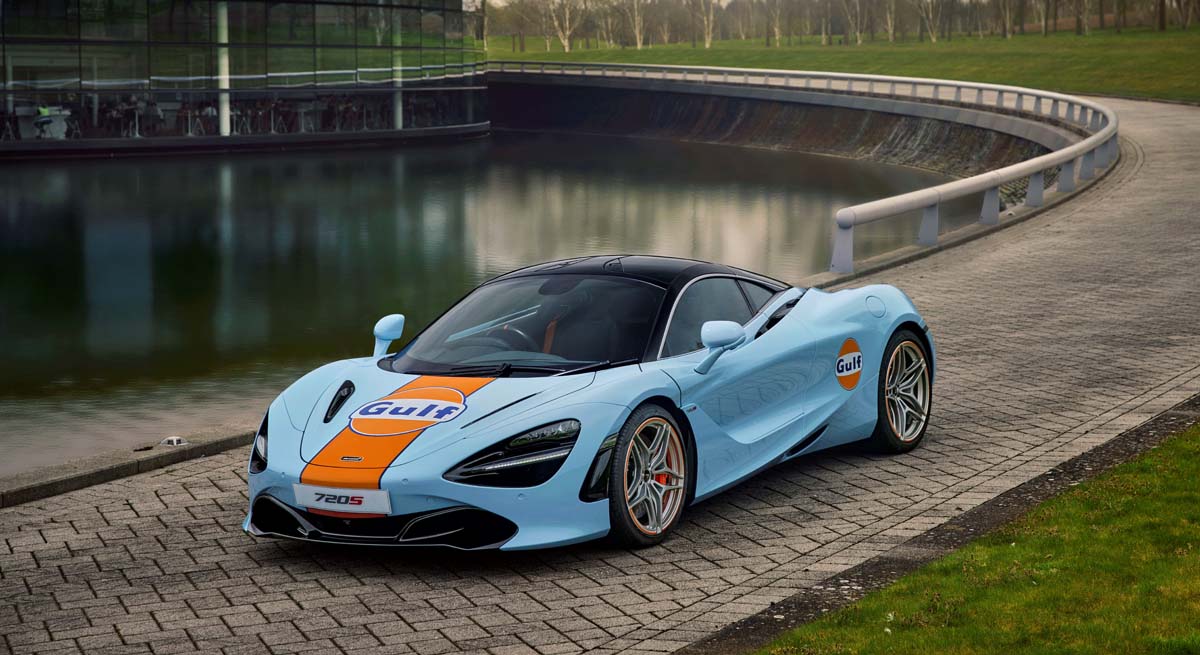 Made famous by Ford at Le Mans in the late 1960s, then subsequently appearing on Porsche, Aston Martin and McLaren race cars, the distinctive powder blue and orange racing colours of Gulf Oil International have graced countless tribute road and race cars since. 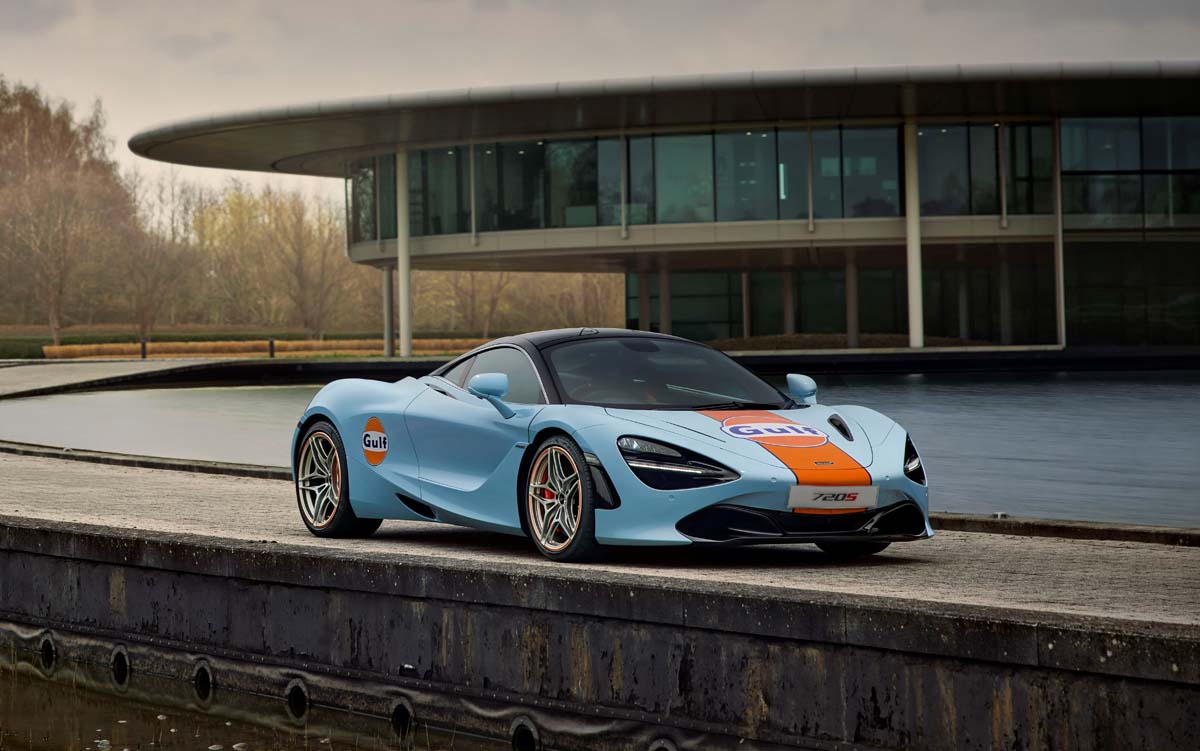 As well as a demonstration of the personalisation possibilities available on McLaren’s supercars, this livery’s application to a new McLaren 720S is part of the renewed relationship between McLaren and Gulf, announced last year, following the latter’s return as an official strategic partner. 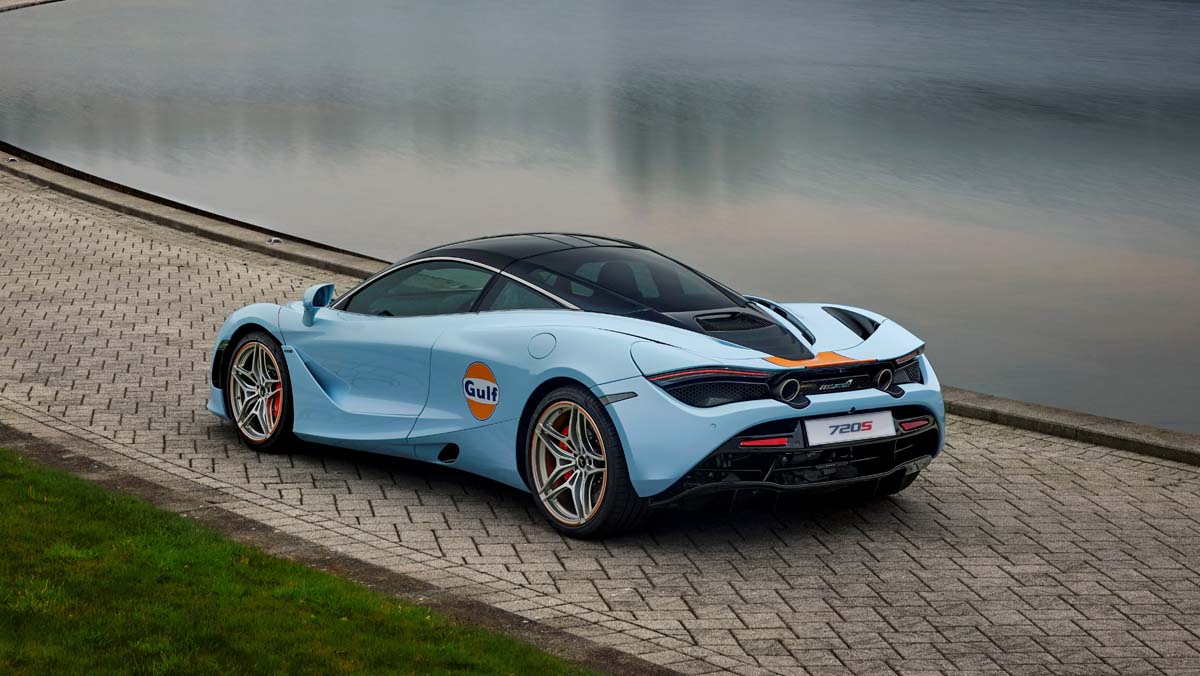 Presented by McLaren on 17 May, the special 720S is described as the culmination of a joint project between MSO and Gulf to ensure a perfectly colour-matched range of paints in metallic and solid finishes. Having trialled several iterations to create the perfect finish from McLaren Automotive paint technology partner AkzoNobel’s palette of premium automotive paint hues, the final finish took 20 days for MSO to complete. 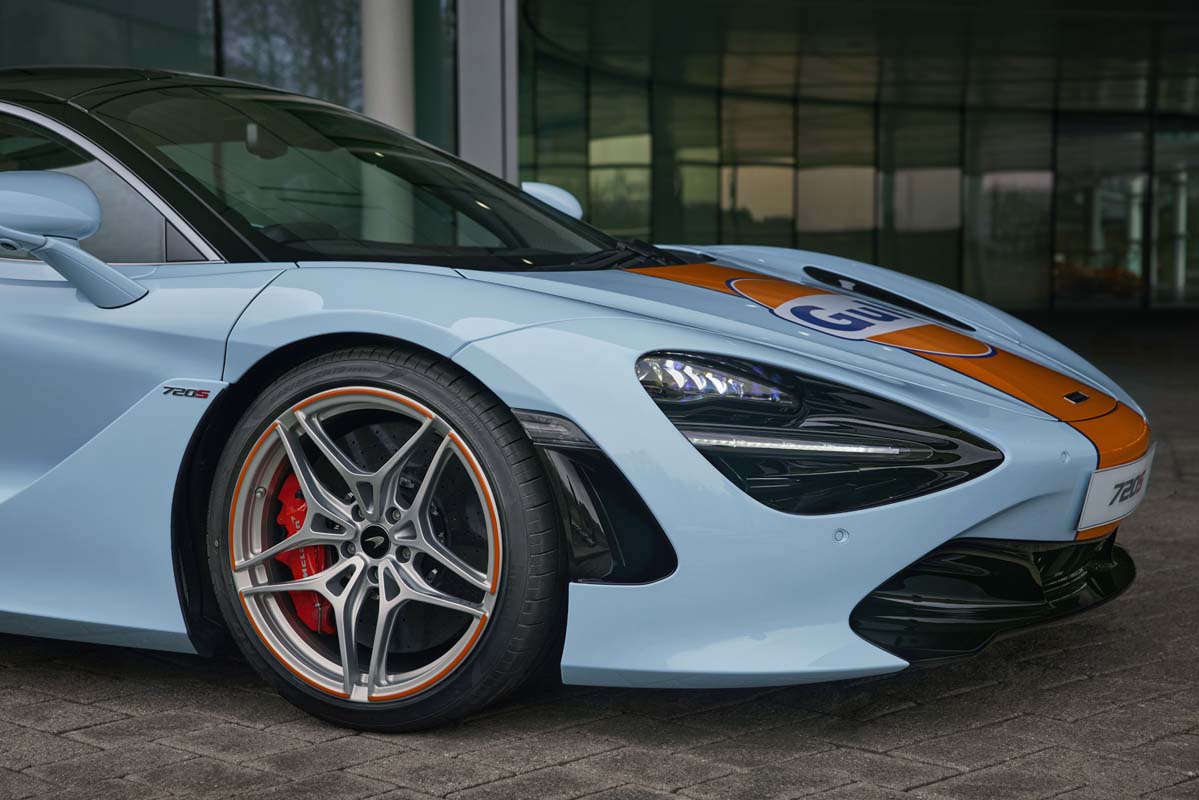 The iconic racing blue and orange colours extend to Gulf orange treatment of the brake calipers, while the interior of this 720S has been given the bespoke treatment, too, with blue and orange stitching applied to the seats and interior trim. Gulf logos are embroidered on the headrests and painted on the sills, while the steering wheel adds a centre band in Gulf solid orange and spokes in Gulf solid dark blue. 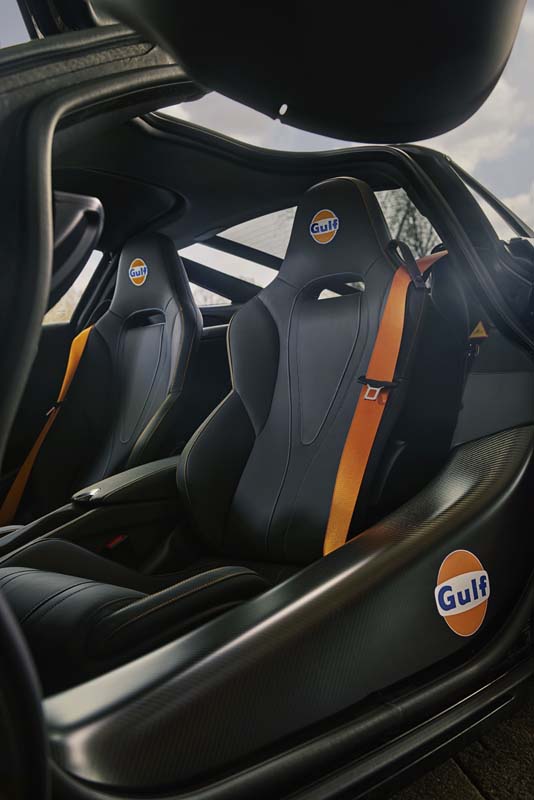 “The 720S in Gulf colours celebrates two high-performance brands that have embarked on a new strategic partnership to excite customers and fans around the world,” said Mike Flewitt, Chief Executive Officer, McLaren Automotive.

“This project is a showcase of MSO’s capabilities and echoes the recent full restoration of the McLaren F1 GTR 25R, a car raced in the 1990s. The 720S in such an evocative livery and interior finish, created in close association with Gulf, perfectly shows the potential for our customers to work with MSO’s skilled team to personalise their McLaren.” 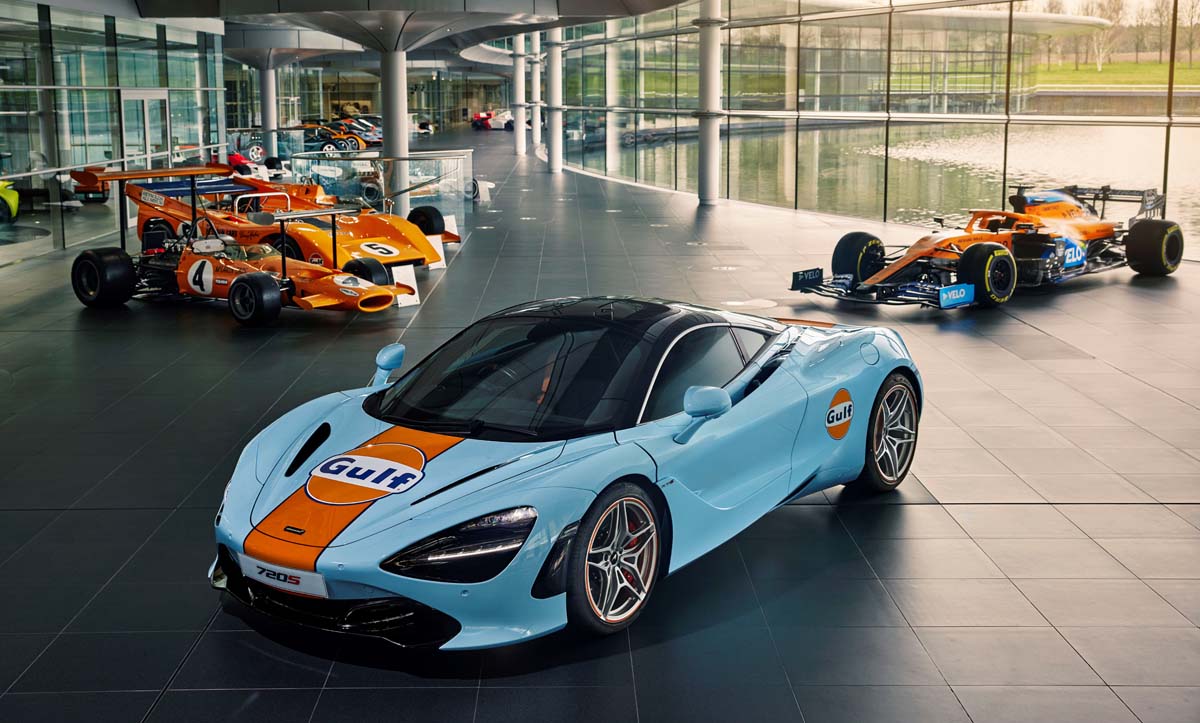 While MSO is all about bespoke, this 720S won’t be a one-off, with MSO stating they will offer the hand-painted Gulf livery to a limited number of customers.