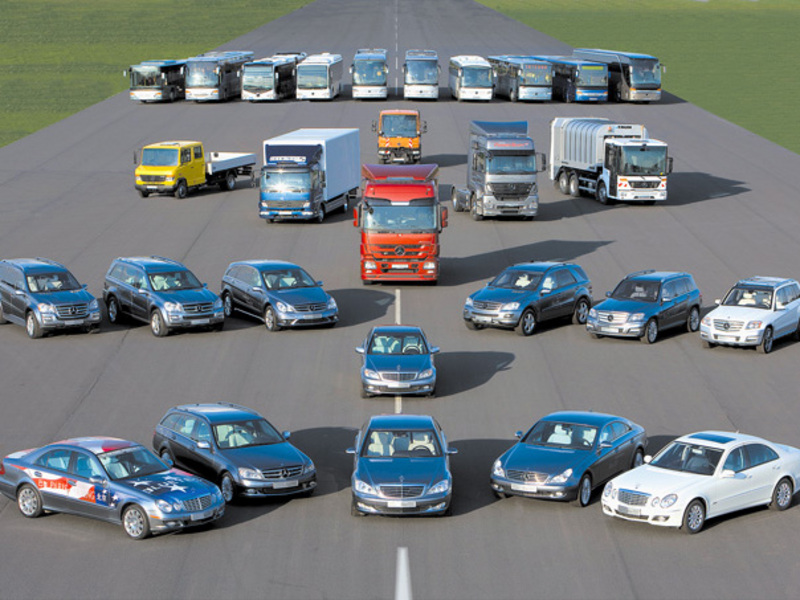 Fast forward to 2008, and the company plans to sell more than 30,000 vehicles from an impressive range of premium cars, trucks, vans and buses. "This is an important milestone in our company's rich history," said Wolfgang D. Schrempp, President and CEO of Mercedes-Benz Australia/Pacific. "From heavy trucks and light vans through to luxury cars the three-pointed star is famous for, Mercedes-Benz has proudly offered many solutions to the needs of the Australian market," said Schrempp.

The 1950s
Mercedes-Benz Australia Pty Ltd was created by Germany's Daimler Benz AG and Australia's Standard Motor Products on July 30, 1958. Think of Mercedes-Benz today and images of a sleek car cruising along a chic city street or a winding coastal road spring to mind. But when the company was founded here 50 years ago, in an economy 'riding on the sheep's back' and major infrastructure projects, the brand was being largely experienced by farmers and truck drivers. The first national dealers meeting, in 1954, were for truck dealers. From 1953, importing a car from overseas required an import licence from Canberra. The imported car market was small. Between 1952 and 1955 an average of only 200 Mercedes cars and 50 trucks were sold each year. World War II had only ended in 1945; rationing didn't really end until 1948. There was residual resentment towards German cars, as there would be in the 1960s with the first Japanese cars. By 1955 the only prestige German cars on the market, apart from Mercedes-Benz and Porsches, were from Borgward.

Other German marques such as DKW, Goggomobil, Goliath, Lloyd, NSU and Opel were available but in small numbers. Mercedes-Benz cars were competing with Jaguars and Rovers from England - Australia's 'mother country' - and with the eye-boggling Chevrolets, Pontiacs and Dodges from Australia's emerging ally, the US. But Australians have always loved motor sports where Mercedes was a star overseas, and admired beautiful Mercedes car models like the 1954 'Gullwing', and Daimler-Benz (DBAG) executive Willy Zeh, who'd come to Melbourne in the early 50s, saw the market potential for the brand down under. He persuaded the Company to establish an Australian office in Camberwell under the leadership of Dr Werner Friedlander. The deal with Stuttgart led to the founding of Mercedes-Benz Australia Pty Ltd (MBAU) on 30 July 1958, two-thirds owned by Standard and one-third by DBAG. The company was born.

Vehicles were imported in knocked down form and assembled at Port Melbourne at Standards plant where it made Vanguards, Triumphs and Fiat tractors. In 1959 Standard changed its name to Australian Motor Industries (AMI), and German technicians arrived to train workers to assemble MB cars. On 12 February 1959, the first MB car - a 220 S sedan - came off the AMI line into the eager arms of Victorian Premier Henry Bolte who was photographed holding its three-pointed star. The brand's former limited distribution through independent distributors was set to expand, leveraging off AMI's network.

The 1960s
The sixties saw Daimler-Benz take full control of MBAU and move from local car assembly to full imports. Ten MB distributors were appointed including the establishment of capital city flagships - Lanes Motors in Melbourne (December 1961) and Sydney's York Motors (December 1962). Until 1965 MBAU continued assembling cars at AMI in Port Melbourne. Between 1959 and 1965 it turned out almost 7,500 MB cars - 190s and 220s with local seats and trim, batteries, tyres and paint - blue, green, black and three shades of grey. That decision to cease local assembly was made in 1964, when AMI planned to survive by assembling Toyotas, and the federal government tightened local content rules, that would have resulted in a downgrading of the integrity of the MB product.

The ensuing imports were remarkable, including the 230 SL 'pagoda roof' Mercedes launched here in 1964. Commercial vehicles were boosted by the 1965 arrival of the legendary LS 1418 truck, followed by the first MB bus in 1969. In 1962 truck assembly moved from AMI to a nearby Lanes Motors facility, and in 1969, to Volkswagen's Clayton factory. In the mid 60s, with Mercedes-Benz's markets growing and its dealer network expanding the company moved its spare parts from Port Melbourne to a Gardenvale warehouse. Aware of future growth potential, in late 1969, land was purchased in the new Mulgrave industrial estate off Springvale Road in Glen Waverley (Mulgrave). Building immediately began on a national parts warehouse, service workshop and school and administration building.

The 1970s
Truck assembly commenced at Mulgrave, and staff moved into their new headquarters at Mulgrave in July 1970. Fortunately adjoining land was purchased, unbeknown that 30 years later head office would need to house Chrysler Australia as well. In 1970 an unprecedented 1,038 commercial vehicles were sold and MBAU started expanding its national dealer and servicing network to meet truck fleet needs. The company held its first national press launch - for the W123 280 E range - at Thredbo in June 1973. The 280 E was followed by a range that led the Australian luxury car market and had impressive safety features, like safety belts standard in front seats from 1973. In 1977 more land was purchased at Mulgrave for a truck assembly plant and new administration building. The then Prime Minister Malcolm Fraser opened the plant in February 1978 and lunched with the workers. MD bought Grand Prix world champion Juan Manuel Fangio to Australia to celebrate the 50th anniversary of the first Australian Grand Prix.

The 1980s
On 15 October 1981 the Federal government announced its $67 million purchase of 1,295 locally assembled Unimogs for the Defence Department - the largest military purchase of the decade. Another triumph was the arrival of MB cars with the new anti-lock braking system (ABS) - standard for the first time on the 380 SL and optional on the S-Class in 1980 - and new era driver airbags, which became an option in all MB cars from 1981. 1986 saw Fangio's return and the Sydney arrival of the two 'Popemobiles', based on the 230 GE (which had been handed over to the Pope in Rome by the company's current CEO, Wolfgang Schrempp when he was posted there), for John Paul II's visit. But it wasn't all beer and skittles. In 1986 Canberra introduced a luxury car tax above a set retail threshold, coupled with Fringe Benefits Tax on company cars, making life difficult for new Mercedes-Benz models. In 1989 the first of the non-Mercedes-Benz trucks, the US Freightliner FLC 112, rolled off the Mulgrave line.

The 1990s
The 1990s opened with Australia slipping into the recession that the then Labor Treasurer Paul Keating said "was the recession we had to have" and a temporary but threatening luxury tax crisis. With the Federal government beginning to roll back import duty by 2.5 percent a year under the Button plan in the mid 80s, Mercedes-Benz stopped local truck assembly, moving to fully imported trucks which, by the end of the decade, included the award winning MB Actros along with American Freightliners and Sterlings. This decade Mercedes changed its model nomenclature so that letters preceded numerals, which made more sense given the enormous array of models that was to follow. For example, the 320E became the E 320 and the 'E-Class' was born.

These included the second generation E-Class range with its distinctive new headlights, the revolutionary A-Class, and the M-Class, the world's most agile sports utility vehicle. The corporate highlight of 1996 was the establishment of Mercedes-Benz Finance (Australia). In 1997 MBAU changed its name to Daimler-Benz Australia/Pacific (DBAuP) - an umbrella for MB, SsangYong, Freightliner, Sterling and its finance arm - and 4 December was the official opening of the company's new $8 million Mulgrave headquarters. In 1998, the new Vito and Sprinter vans arrived, and the $A43 billion global merger with the US based Chrysler, was announced. DBAG wanted a foothold in the lucrative US market; the struggling US Chrysler was looking for help. Together as DaimlerChrysler they became the world's fifth largest automotive company. On 4 January 1999 MBAU officially changed its name to DCAuP.

2000-2008
The Mulgrave headquarters were extended to accommodate Chrysler personnel and the large task of integrating the two companies' IT, market research, parts distribution and accounting systems began. DCAuP launched its high tech national parts distribution warehouse in Laverton, Victoria. The car front was marked by a plethora of new models, model facelifts and range expansion. Highlights included the 'smart' brand, and the first CLS, R-Class and B-Class. On 15 May 2007 DBAG announced its sale of Chrysler to the private equity group, Cerberus. Later that year, the DCAuP name in Australia changed to Mercedes-Benz Australia/Pacific (MBAuP). 2007-08 brought saw MBAuP appointed as Preferred Supplier to the Australian Defence Force, negotiating to supply and maintain 1100 G-Class vehicles and also won the huge Australia Post contract (from the incumbent of more than 20 years) to replace all of its iconic red mail vans with Mercedes-Benz's award-winning Sprinters. These wins were a powerful reminder of just how much the brand's pushing of the technology envelope has changed the world since Karl Benz and Gottlieb Daimler, and of just how entrenched the three-pointed star has become in this country since the formation of MBAU half a century ago. 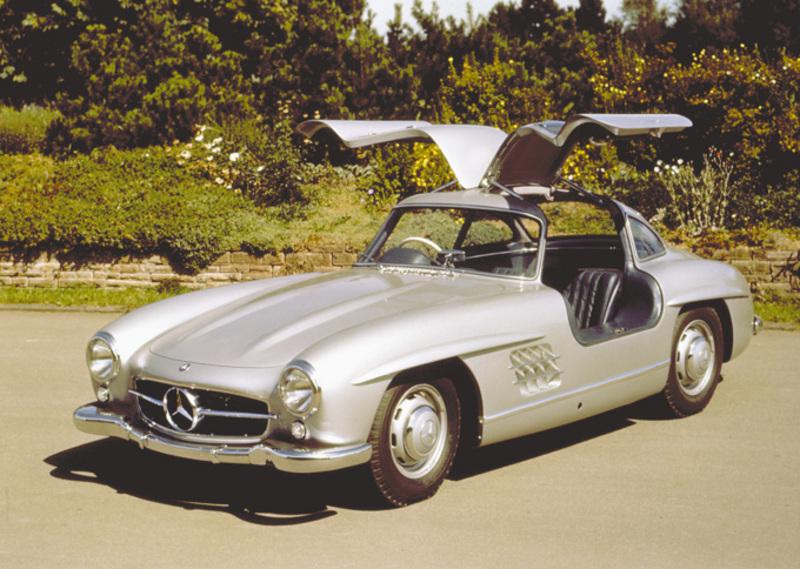 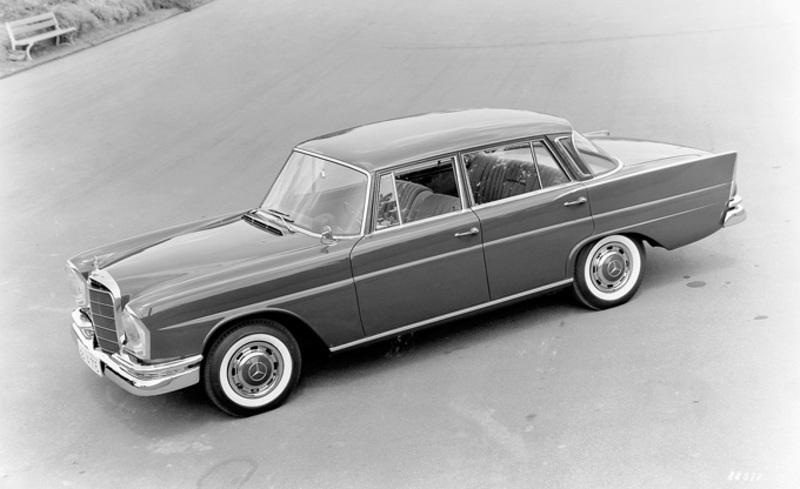 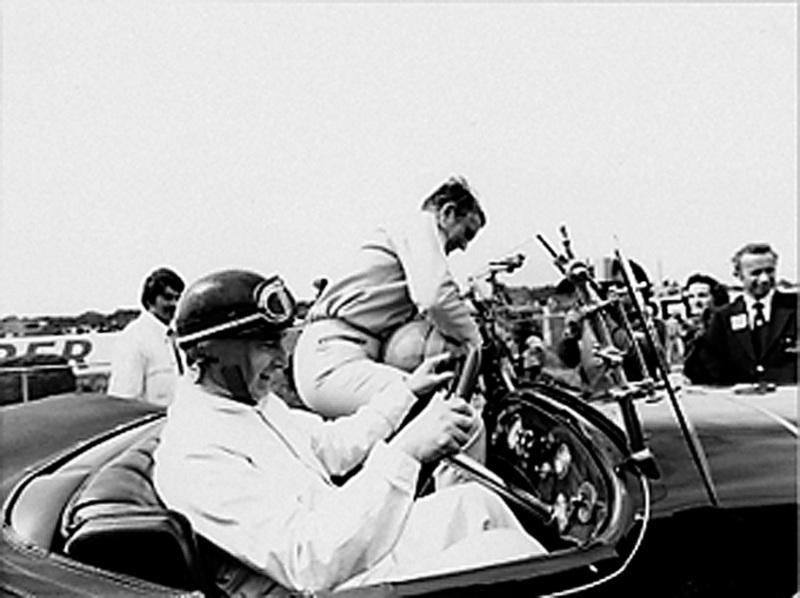 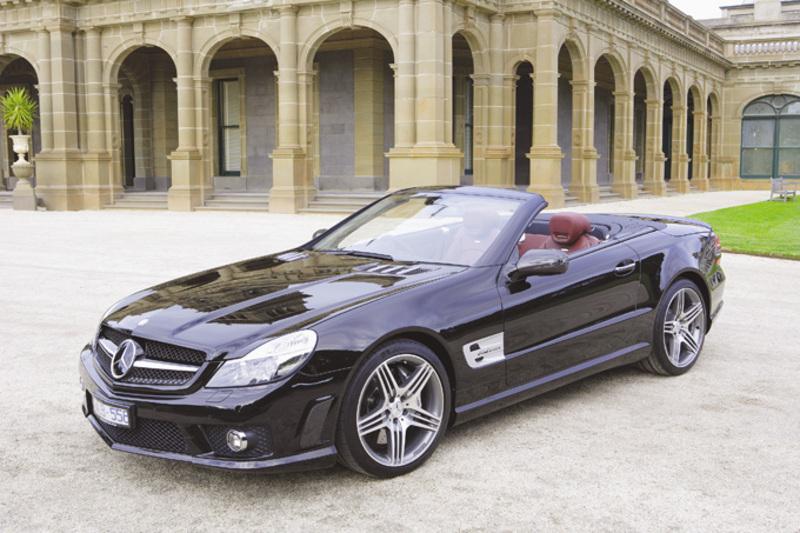