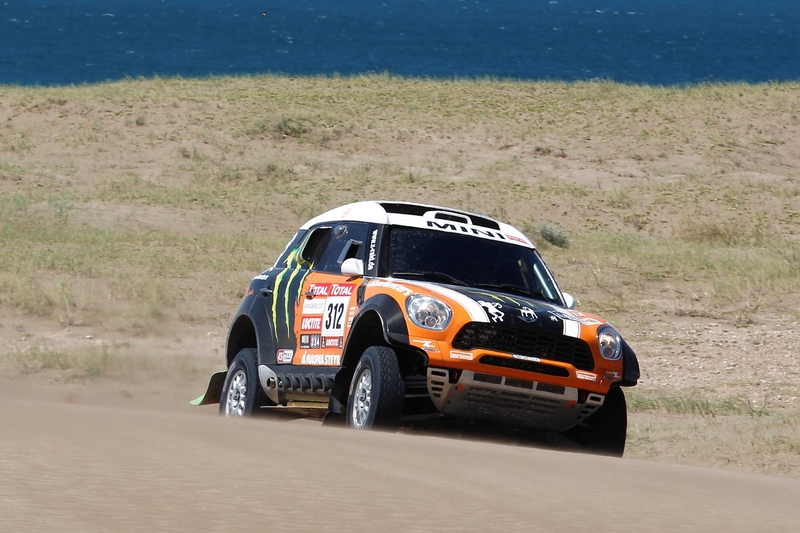 The teams were presented to the Argentine locals at a special ceremony at the 'Plaza Colon' on December 31, before the race proper started on January 1, 2012. This year's Dakar will see 443 vehicles take the start, across motorcycle, quad, car and truck categories, with over 150 entries in the car category alone. While six Aussies were in the bike category, there's only one Australian representative listed in the car category - Geoff Olholm. After making his Dakar debut last year, where he finished 27th, Olholm returns this year, at the wheel of a purpose-built 'Rabe X1 Desert Warrior'.

The opening stage took in 796 'liason' (ie. non-competitive) kilometres, with a 'special Stage' race distance of 60 kms for 856 kilometres for the opening day. Start point was Mar del Plata, with the finish point at Santa Rosa de la Pampa.

The smart money was on the Minis to lead the way early, and the opening day's competition proved the pundits right, albeit over a very short competitive stage. Minis took the first three places, with Leonid Novitskiy (Monster Energy Drink/All 4 Racing) exploiting his best driving skills to seize his first special stage win at the Dakar. The 2011 Rally Raid World Champion started 13th and pipped his teammates Krzysztof Holowzyc and Stéphane Peterhansel at the finishing line, besting them by 5 seconds and 9 seconds respectively. At the end of the opening day, the three Minis led from former winner, Giniel de Villiers, who posted a strong performance in the Dakar debut of his Toyota Hilux.

Another former winner in Nasser Al-Attiyah had a whole new machine to get used to for 2012, switching from the VW Touareg to a Hummer H3. Although his time deficit of 9'45" to Novitskiy is not too significant, the reliability of his vehicle is quite worrying. 2 km away from the end of the special stage, his H3 ground to a halt due to problems with oil pressure and the Qatari driver had no choice but to be towed to the finish by teammate Robby Gordon.

In the surprises and disappointments department, the failure of the day was that of Alfie Cox, whose Dakar went up in flames - literally - before he could even reach the finish of the special stage. The former motorcycle rider from South Africa had built an ambitious project with Team Pewano, but the Volvo XC-60 he was taking to the Dakar for the first time caught fire partway through the special stage. The crew escaped the fire safe and sound but the car was totally destroyed by the flames.

On day 2, the route travelled from Santa Rosa de la Pampa to San Rafael, covering 781 total kilomteres, of which 295 were the competitive Special Stage. After a poor opening day, Nasser Al-Attiyah made his rivals sit up and take notice on Stage 2! Following a day when he came close to catastrophe, Al-Attiyah began in 38th position on the starting line. It would appear that the mishaps and tiredness of the day before did not diminish the appetite or health of last year's winner. On the route to San Rafael, he overtook no less than 17 cars within the space of 290 kilometres! At the half-way point, he already boasted the 12th best time, but his charge was far from finished.

Ahead of Al-Attiyah, the situation appeared to be pointing in favour of Stephane Peterhansel, even though Robby Gordon made an excellent account of himself, showing at CP1 that his Hummer could dominate the Minis. After 140 km of racing, he had a lead of approximately forty seconds over Holowczyc. However, in the dunes the situation changed, handing the advantage to "Peter", who grabbed the fastest time to take hold of the lead in the general standings as well. But Nasser was hurtling towards the finishing line, with the dunes as an ally at the end of the day's route. On the line, he beat the time of Stephane Peterhansel by 54 seconds. The Hummer clan had little to smile about on Stage 1. With two cars on the podium for Stage 2, there is plenty to smile about now.

Stage 3 will take in 270 Special Stage kilometres, heading north from San Rafael to San Juan, running parallel to the Andes. Two more stages will take in Argentina before the field crosses into Chile on Stage 6. 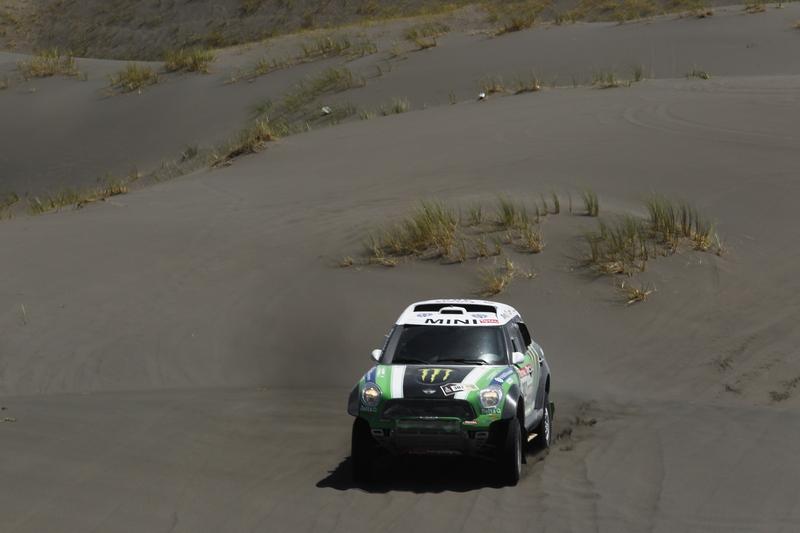 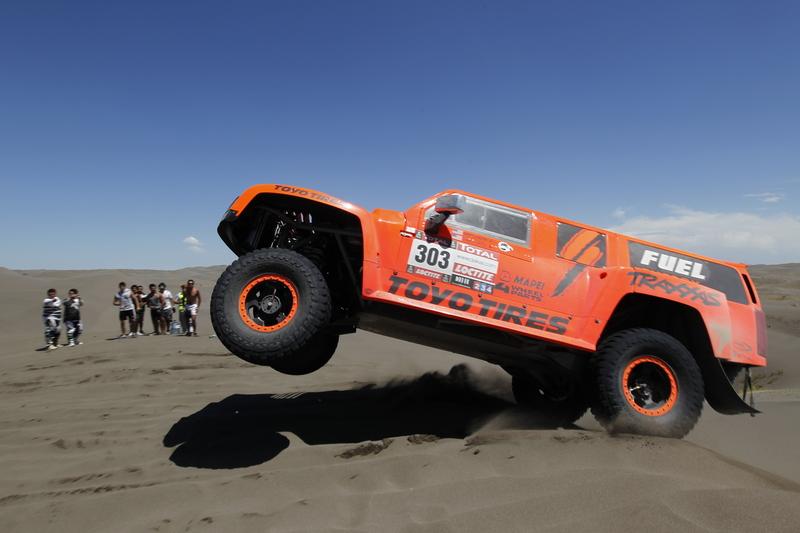 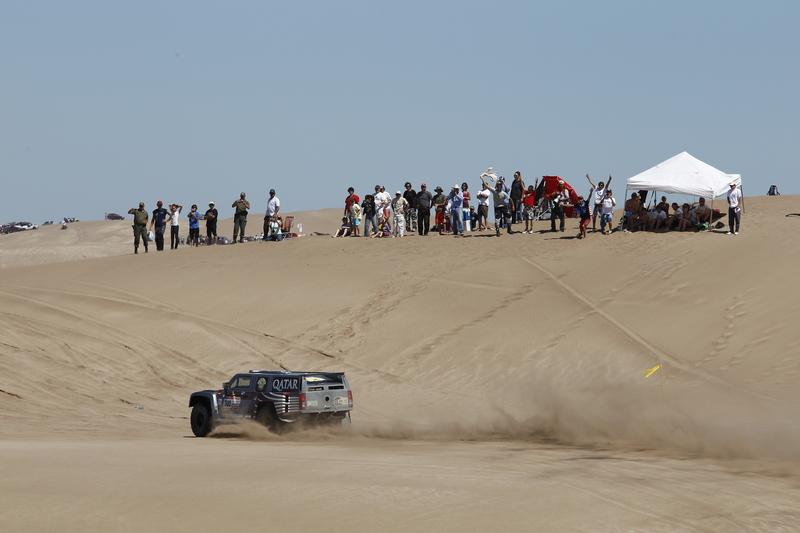