The demise of Ford's performance coupes with the XC Cobra was keenly felt by fans of the Blue Oval
A spate of modern Ford coupe concepts debuted at the 2001, 2002 and 2003 Melbourne International Motor Shows.

The demise of Ford's performance coupes with the XC Cobra was keenly felt by fans of the Blue Oval. The presentation of Holden's 'Coupe Concept' in 1998 no doubt rubbed salt into the wound, so it's hardly surprising that a number of Ford two-door concepts sprung up soon after.

The first of these was the Falcon '300+' which debuted at the 2001 Melbourne Motor Show. A "cross-continent" joint venture between Victorian coachworks, Millards, NSW-based Hillier Conversions, and WA aftermarket company, Sprintex (aka AEC - Advanced Engine Components), the 300+ was based on an AUII Falcon and featured a custom-made bodykit, including unique bumpers and bonnet, to enhance the two-door body. Exterior finish was in a deep plum/burgundy colour. The 300+ name came from the 310kW delivered by the 4.6lt V8 engine enhanced by Sprintex's unique twin screw supercharger. The quality of finish and appearance on the 300+ got everyone excited, including Ford Australia, who considered providing sales and warranty support for the high performance coupes. However, Ford's decision to import and convert Mustangs at the same time - and sell them for less than the 300+'s anticipated $100K price - effectively killed the program and the concept remained the sole example built. Both the 300+ and a similarly-tuned four door Falcon spent further time at Sprintex before becoming show vehicles at a Ford dealership in Mandurah, WA. The 300+ was repainted in Ford's 'Venom Red' and is believed to still be in the dealer's possession.

The 300+ was followed by the 'Arrow', another AU Falcon-based coupe created by Roman Autotek and Hillier Conversions. Making its debut at the 2002 Melbourne International Motor Show, the Arrow was a more fanciful take on the coupe concept than its predecessor. The Hillier brothers, already experienced in chopping Falcon sedans into coupes, really went to town on the Arrow, modifying every panel except the bootlid. The front end featured a sharp 'beak' with Mercedes headlights and an arrowhead motif in the bonnet that not only gave the car its name, but also allowed more room for the concept's massive 6.4lt V8 engine. While the Hilliers took care of the body, AutoTek stuffed the interior with Recaro and Momo goodies, as well as providing the Speedline two-piece alloy wheels. A full 'nose to tail' custom, the Arrow was billed as still being ADR compliant, while the Hillier boys stated Arrows could be built to customer order. Unfortunately, a lot of Motor Show interest didn't translate to sales and the Arrow remained an orphan. At last check, it was still in the possession of AutoTek.

A year later, the next and so far last two-door Ford concept emerged from Melbourne-based coachworks, Dreamtech International P/L. Dreamtech were fortunate in that they had the new BA Falcon to work with, specifically an XR8. There's no denying the look of the production BA is more attractive than the AU that preceded it, so it figures a two-door BA conversion would be more attractive than an AU - and Dreamtech proved it! On the creation they debuted at the 2003 Melbourne International Motor Show, the front and rear ends were barely touched, so it looks more 'factory' than previous two-door concepts. Retaining the roofline and side impact protection system meant no problem with ADRs either, so the Dreamtech creation was easier to register.

The first Dreamtech coupe (they've built another since) received praise from none other than a member of Ford's BA design team while on display - high praise indeed! Public feedback from the Motor Show was equally positive, with the standard of Dreamtech's finish leaving many visitors to believe the two-door XR8 was a genuine factory creation.

As well received as the pair of Dreamtech Ford coupes have been, they suffered the same fate of past Ford custom coupes in not finding enthusiasts willing to crack open the wallet. Dreamtech have returned to their stock-in-trade, building stretch limousines, but can build BA and BF-based coupes to order. Their current creations are also for sale. 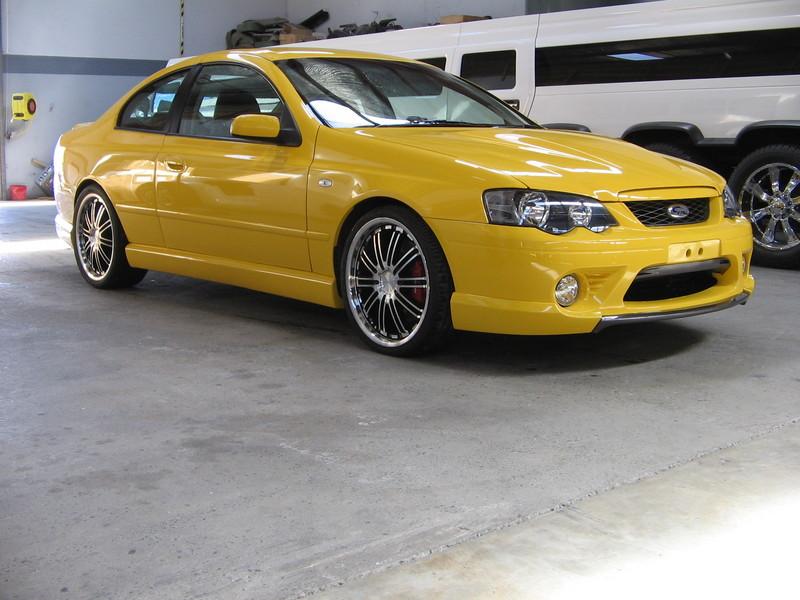 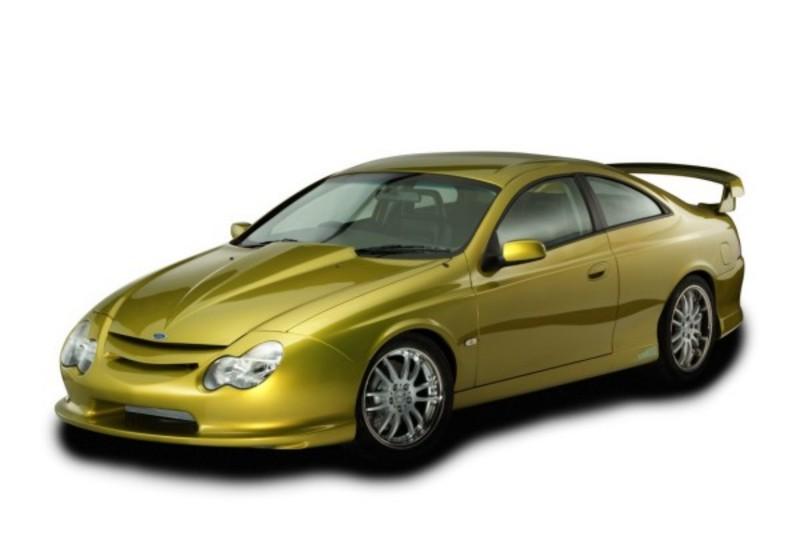 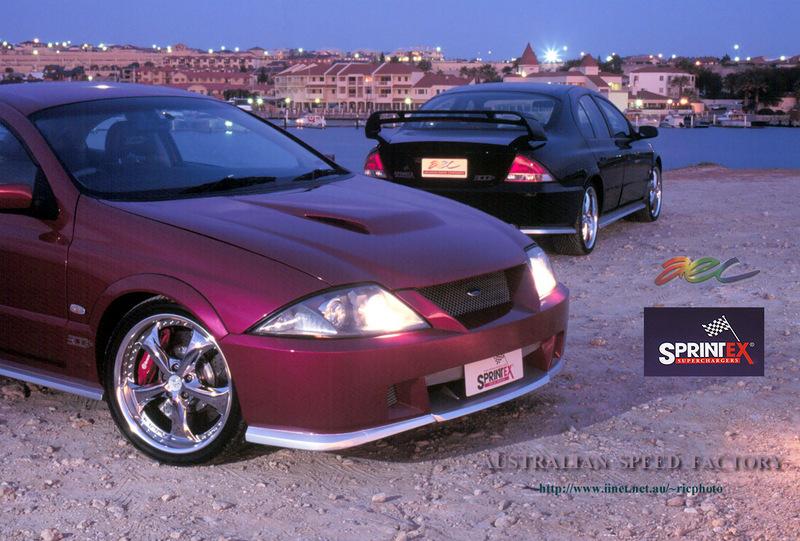 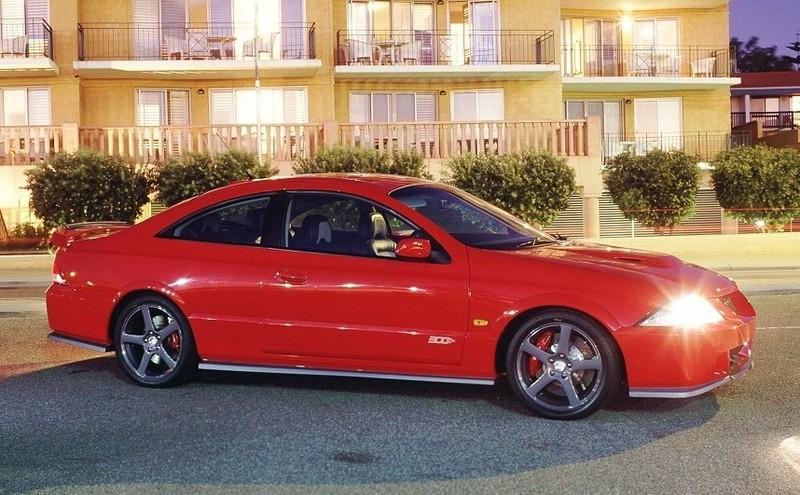