For this year’s SEMA aftermarket industry show in Las Vegas, Mopar produced a fleet of seven custom vehicles, including a Dodge Challenger in a unique colour, with throwback interior trim. 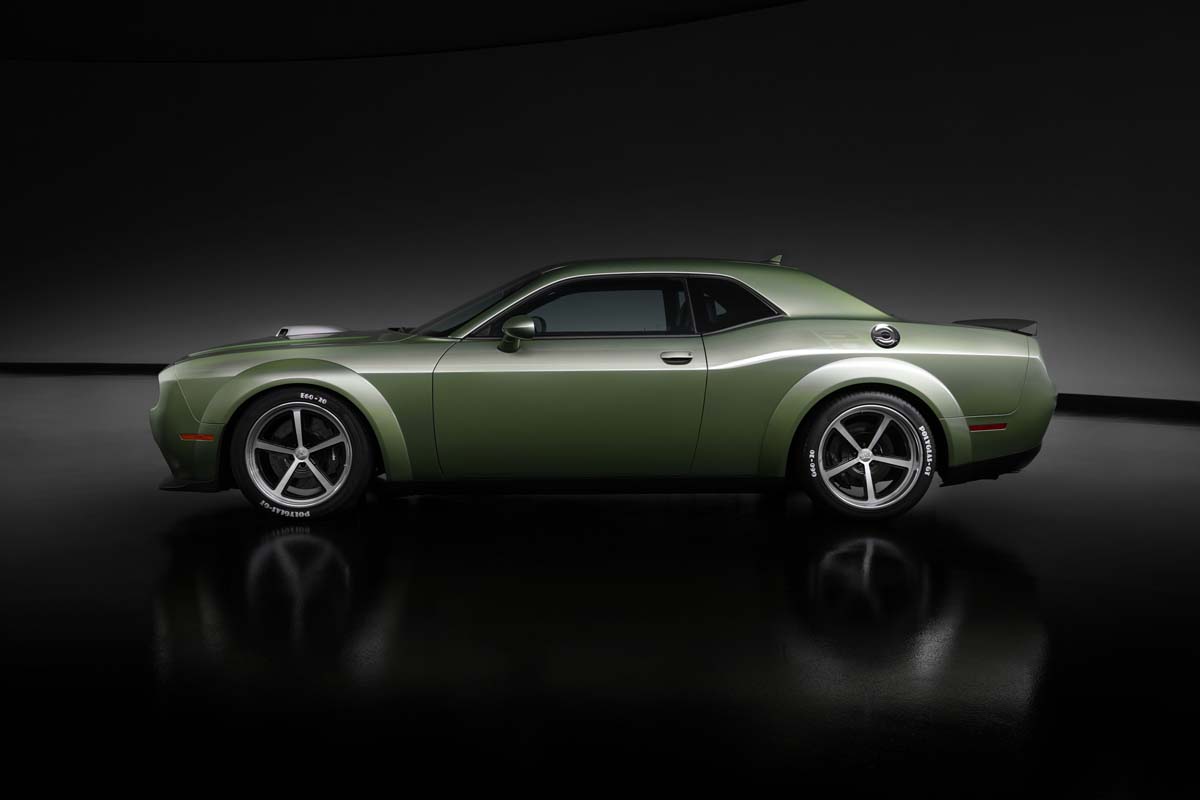 In what has become tradition for Stellantis (nee FCA, nee Chrysler), their Mopar parts division has unleashed their creativity to bring attention to the brand at the SEMA (Specialty Equipment Market Association) trade show in Las Vegas. 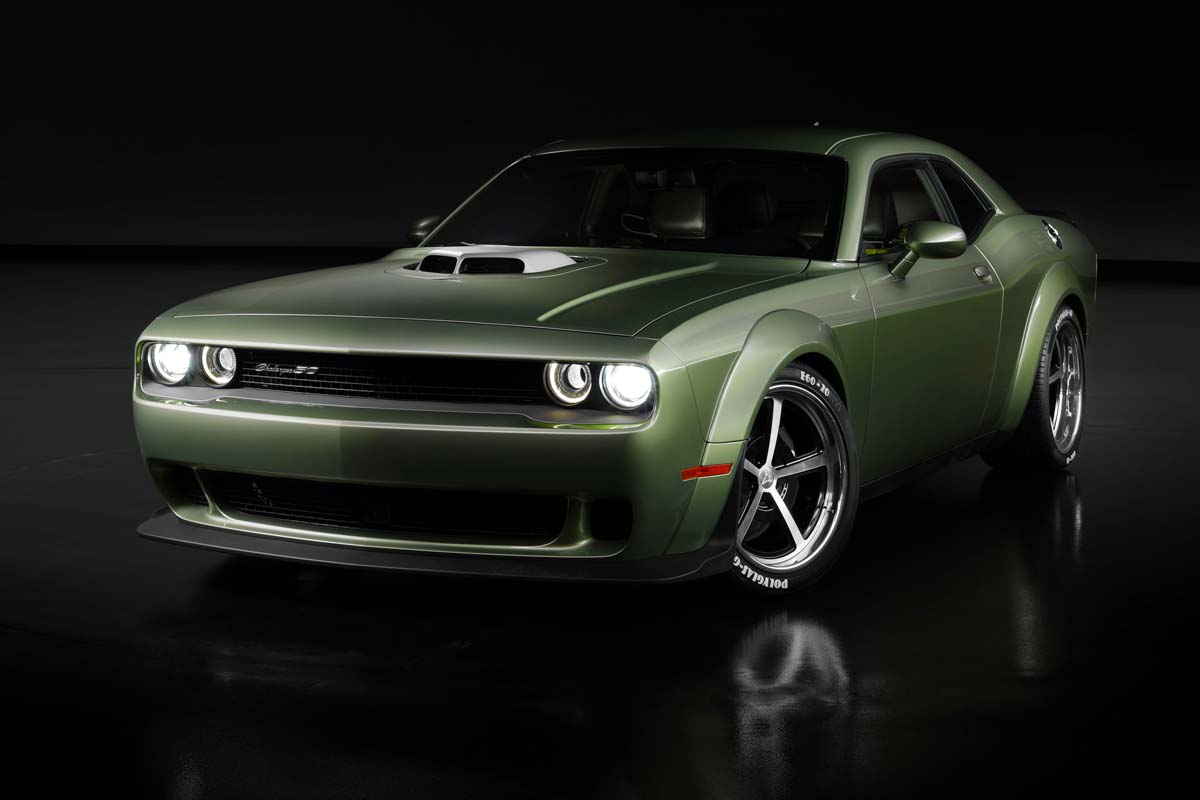 “[And these] new custom vehicles demonstrate the passion, creativity and innovation of the Mopar team.” 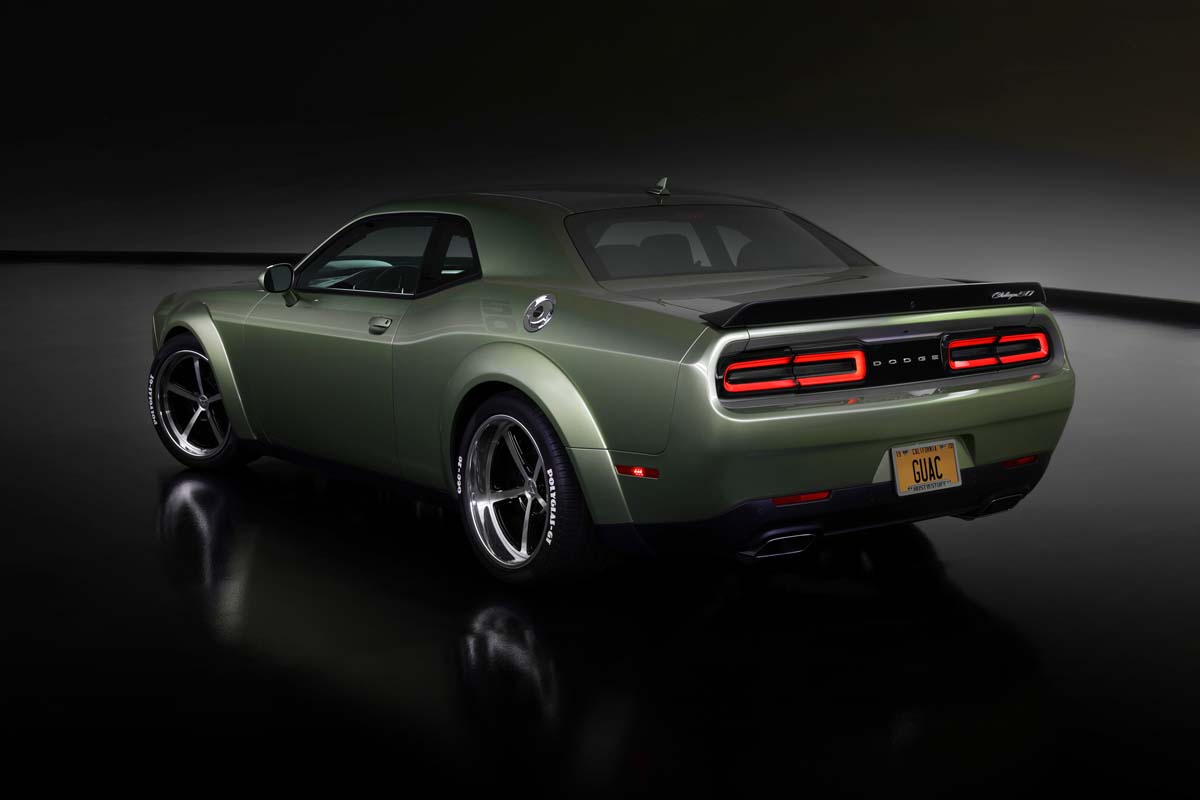 While Jeep- and RAM-based concepts made up the bulk of the Mopar team’s creations this year, the lone exception was the Dodge Challenger ‘Holy Guacamole’ concept.

Based on a 2020-model Challenger R/T Scat Pack Widebody 50th Anniversary edition, the approach for Holy Guacamole was inspired by the early 1970s - a time when the original Challenger was still a fresh addition to Dodge showrooms – and the end result is described as the “ultimate in heritage design and modern Dodge attitude.” 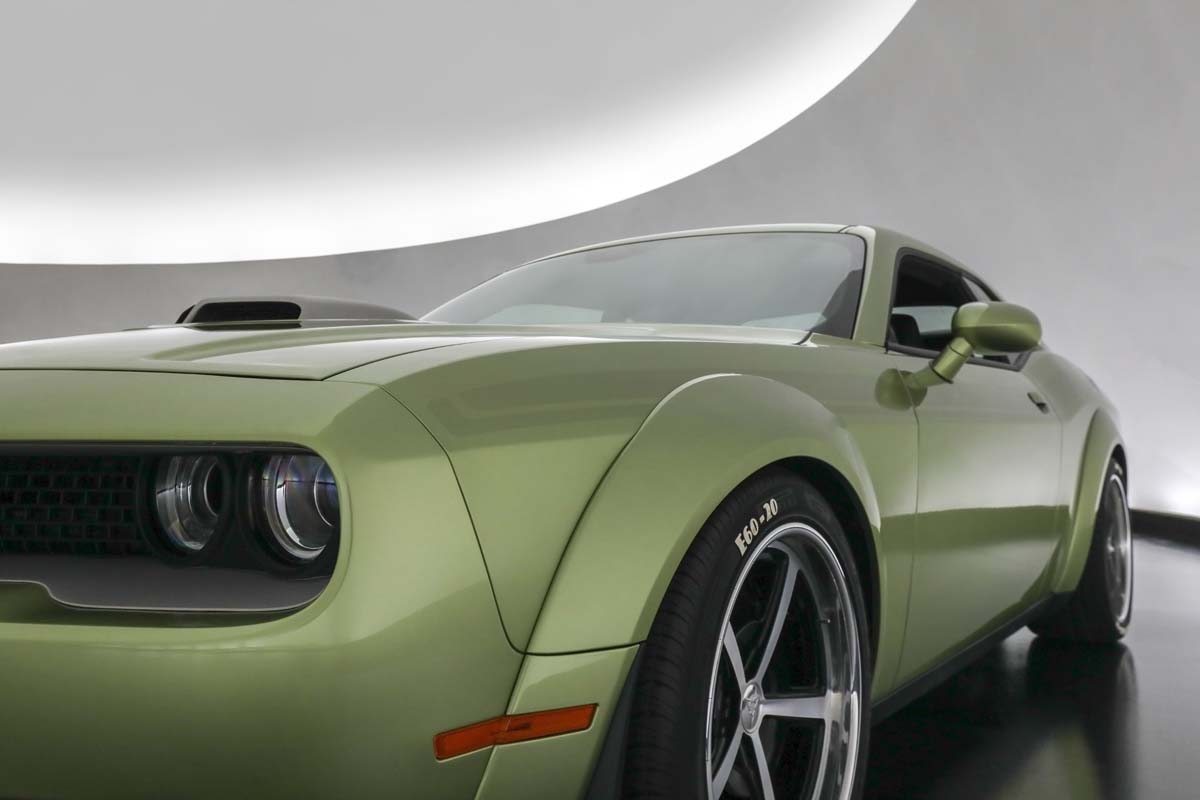 The individualisation for this concept starts with the paint, a custom green mix dubbed ‘Rotten Avocado’ by Dodge designers, that’s offset by ‘Gold School’ on the Shaker bonnet scoop.

Other exterior modifications include customised R/T side stripes in a ‘tone-on-tone’ finish that’s almost invisible, while the low stance has been achieved with a Mopar coilover lowering kit and a set of staggered 20-inch Forgeline FL500 wheels with the Dodge ‘fratzog’ logo added to the centre caps. 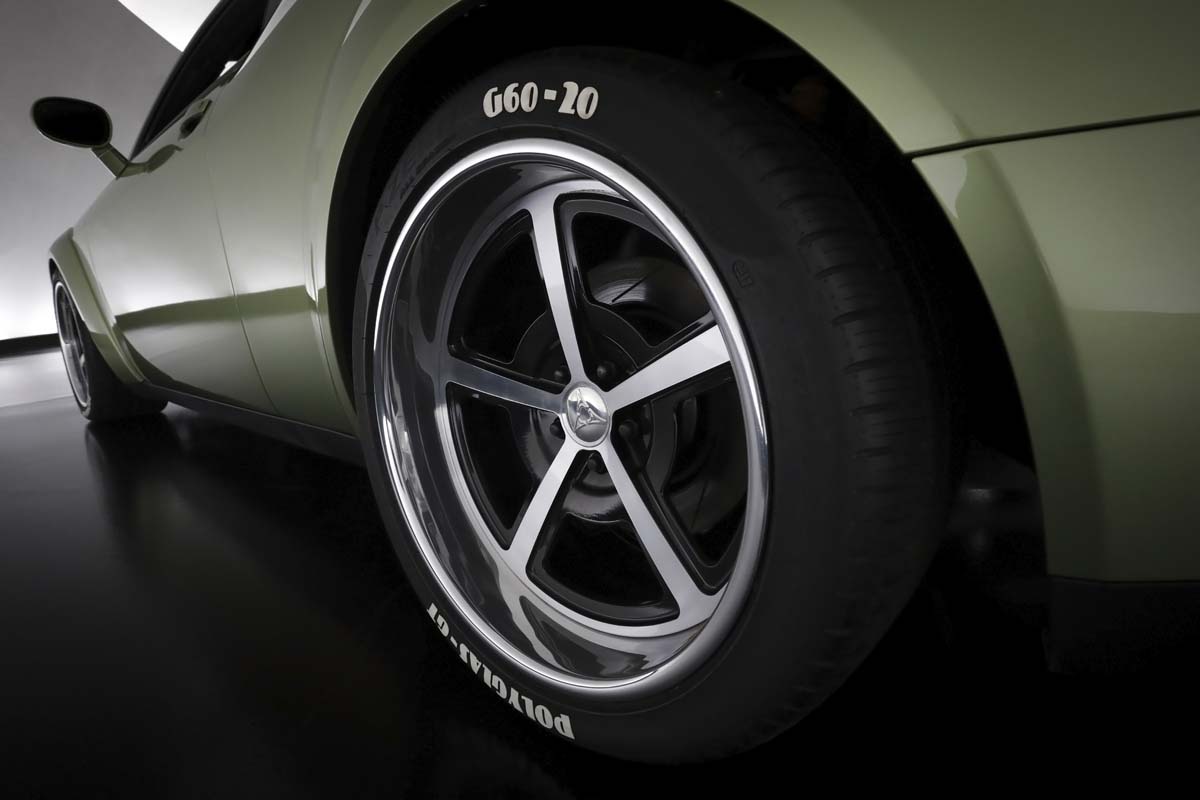 Under the bonnet, Holy Guacamole runs a 392 HEMI V8 that’s updated with a Mopar cold-air intake system, conical air filter and optimised airbox, producing 485hp (361kW) and 475lb/ft (644Nm). The HEMI is hooked up to an eight-speed automatic transmission. 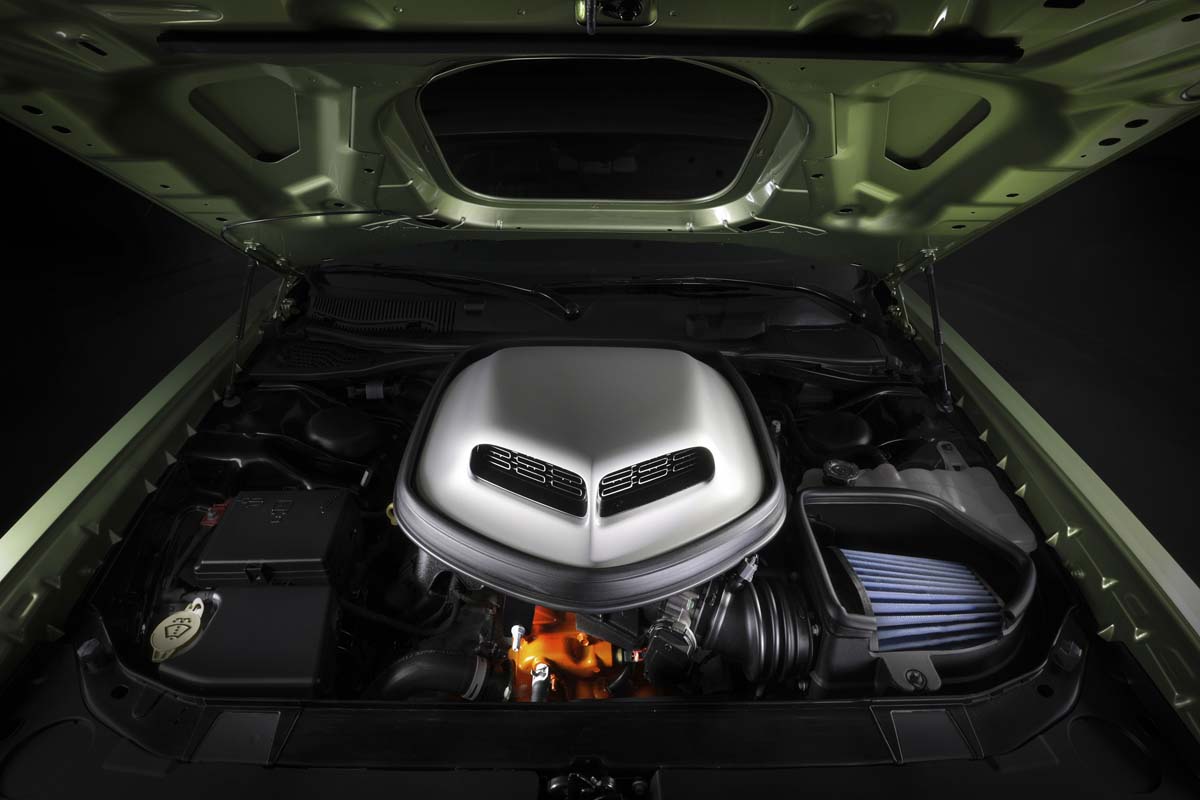 Inside, the retro-inspiration is more apparent, and is said to have been drawn specifically from the original 1970 Dodge Challenger. The seats and door cards are trimmed in yellow, green and black plaid fabric, while faux timber trim features on the dash, centre console and window controls. 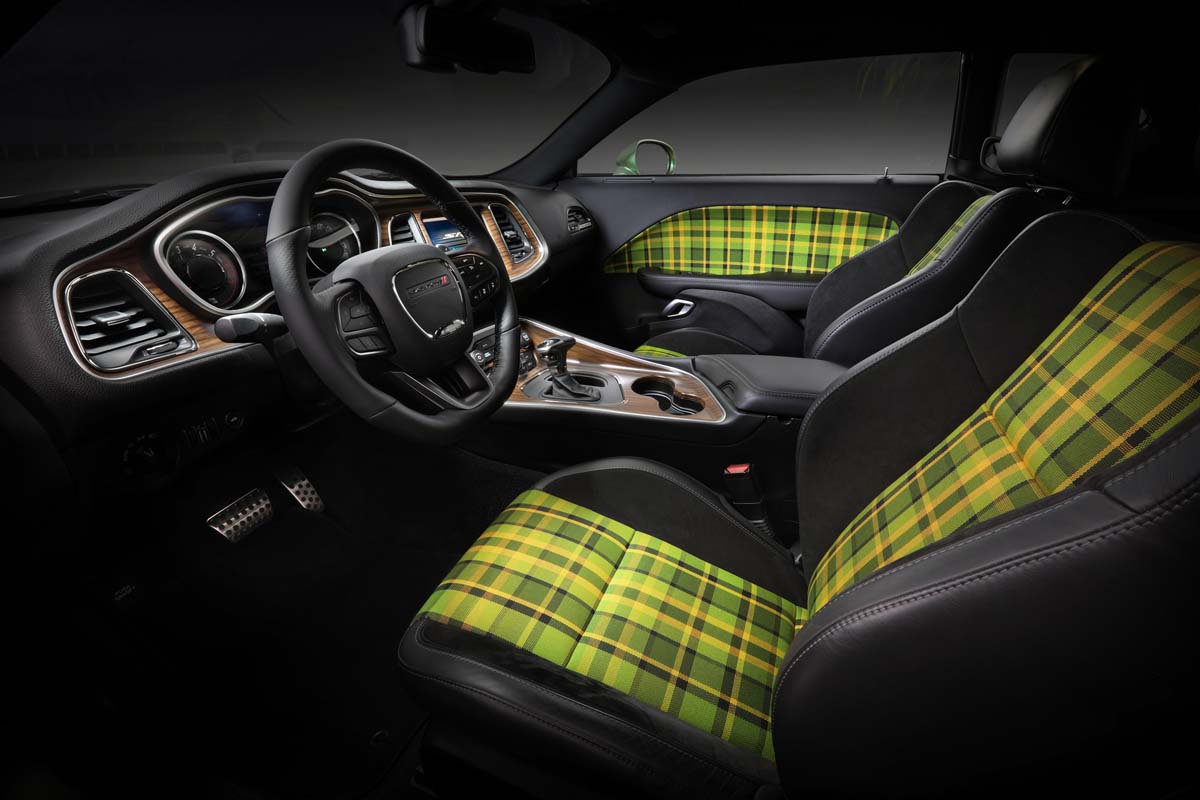 The rest of the interior is unchanged from the 2020 Challenger R/T 50th Anniversary base, but there is a final flourish in the subtle ‘Holy Guacamole!’ badge on the passenger-side air vent. 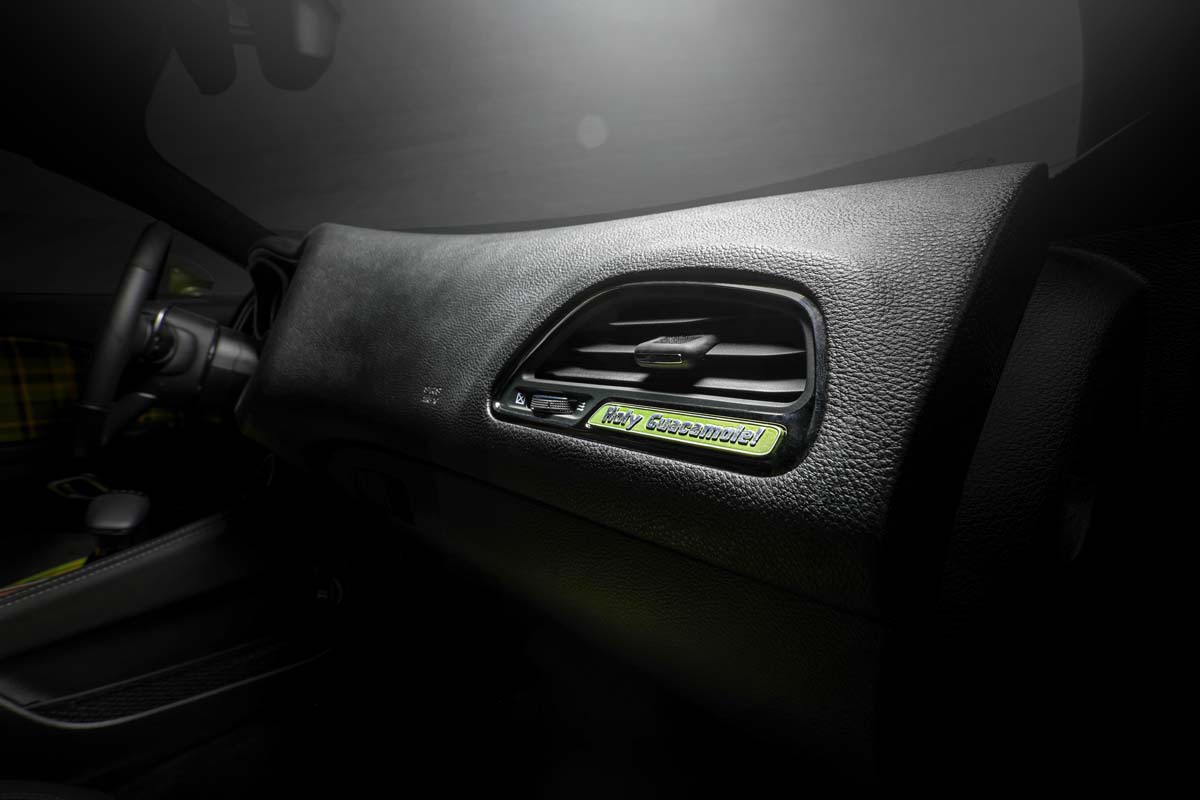 This year’s SEMA Show was held from 2-5 November at the Las Vegas Convention Centre.