Limited to nine units, special edition will use original chassis and updated mechanicals.

Morgan Motor Company have announced they will revive one of their classic nameplates – the V8-engined Plus 8 – in a “gloves off” special edition. 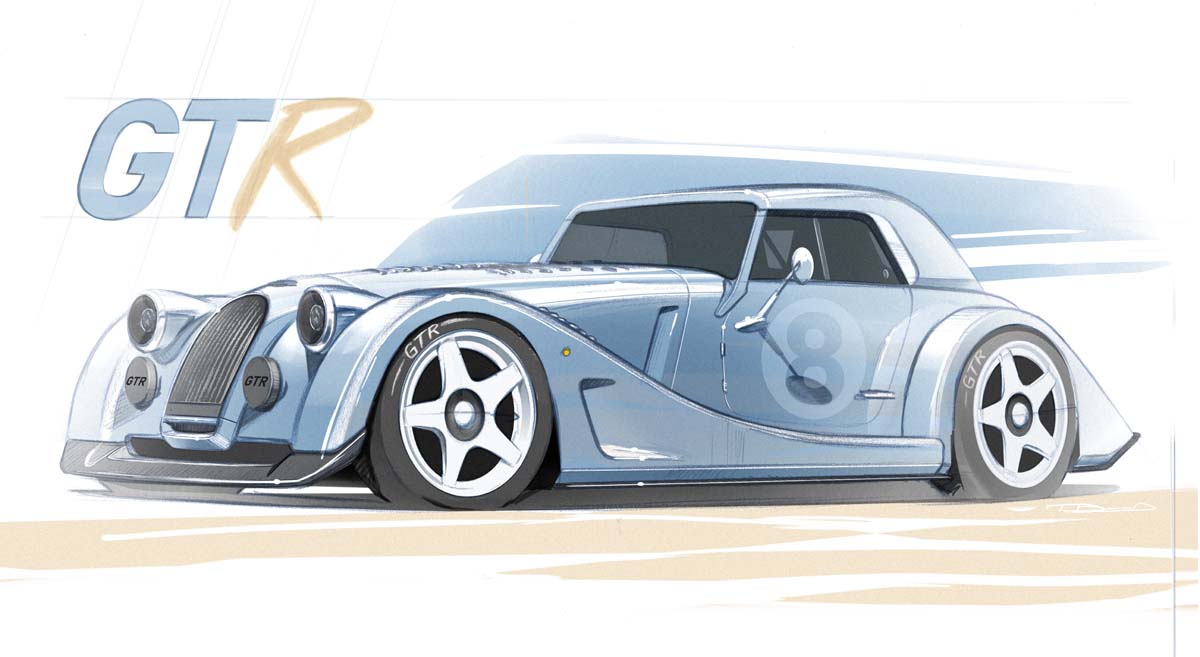 The first in a series of special edition Morgans planned for 2021, the new Plus 8 ‘GTR’ will be based on the ‘aero chassis’ version of the original Plus 8 (that went out of production in 2018) and powered by the same BMW-sourced 4.8-litre engine.

While still recognisably a Morgan, the Plus 8 GTR will feature numerous styling alterations, influenced by racing Morgans from the 1990s, including resculpted wings and wheelarch openings, a revised rear end, redesigned front splitter and the fitment of a hard top.

The racing Morgans from this period were used to develop the carmaker’s first bonded aluminium chassis, the latest version of which is now applied to all four-wheel Morgans in the form of the CX-Generation platform.

Only nine units of the Plus 8 GTR are planned for production – all of which are based on original, unused Plus 8 chassis that Morgan recently reacquired from a third party. Each unit will be hand-made using Morgan’s established coachbuilding techniques.

The BMW ‘N62’ 4.8 V8 will be common to all, with either a six-speed manual or ZF six-speed auto transmission. In recommissioning these unused chassis, Morgan say they will upgrade selected mechanical components, so an improvement on the previous Plus 8’s 270kW is expected, but not confirmed.

"Reviving a V8-powered Morgan at the current time may not seem like the obvious choice for a manufacturer firmly focused on new platforms and powertrains,” said Jonathan Wells, Morgan Head of Design. “However, when the opportunity presented itself to recommission a number of rolling chassis and create an exciting special project such as Plus 8 GTR, we embraced it fully.
“This project has allowed Morgan’s design and engineering teams to revisit some of their favourite elements of past models, as well as experiment with some features that we hope will appear on future Morgan cars.”

Production of the Morgan Plus 8 GTR will commence in mid-2021. Pricing was unrevealed at time of writing.