Morgan Motor Company have confirmed they are developing an all-new version of their 3 Wheeler, releasing the first details, along with images of a camouflaged engineering prototype, on 1 September. 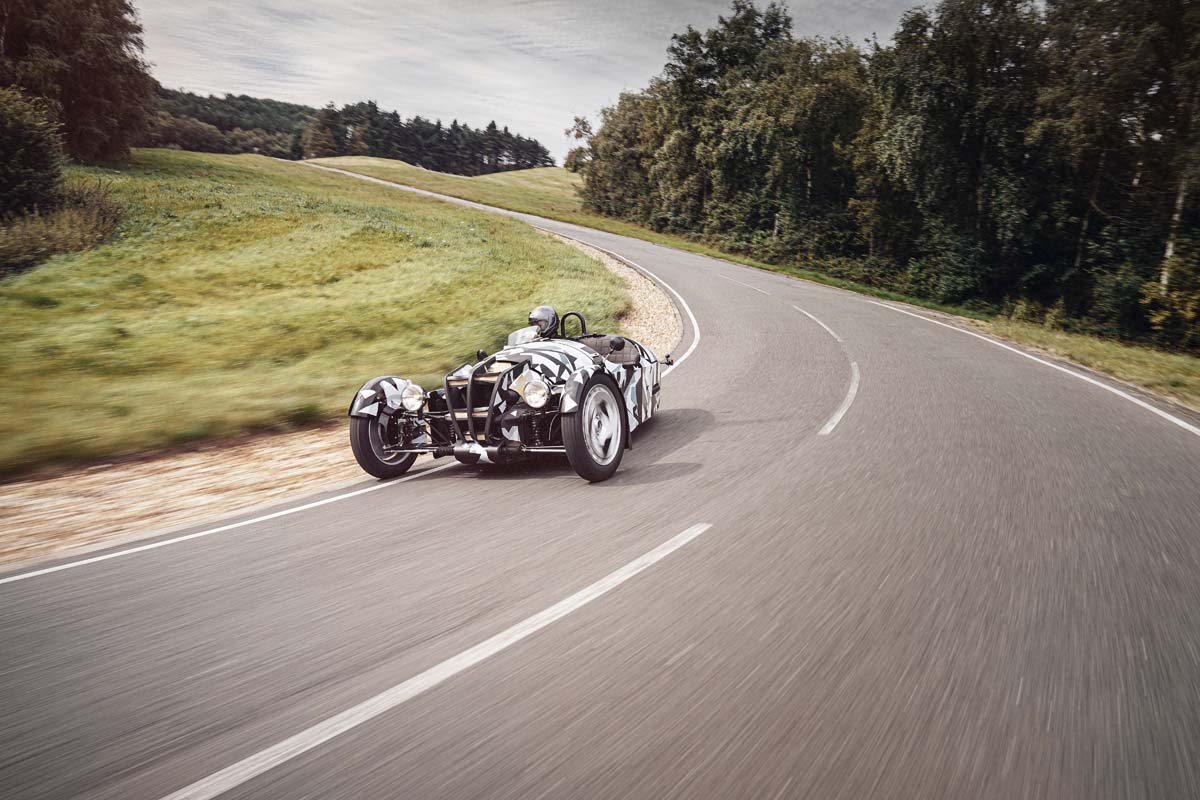 The name and many other details for the new 3 Wheeler are yet to be confirmed, but Morgan say the upcoming model will mark the next chapter in the story of Morgan’s three-wheeled vehicles that stretches back more than a century and was revived - as the ‘3 Wheeler’ - in 2011. Production of that model will end this year.

“We are thrilled to confirm plans for an all-new three-wheeled Morgan, a model that continues an incredible story dating back to 1909,” said Steve Morris, Chairman and CEO of Morgan Motor Company.

“The upcoming model is an all-new, ground-up design. Morgan’s team of engineers and designers have considered everything that the company has learnt from the decade of building and selling the previous model.” 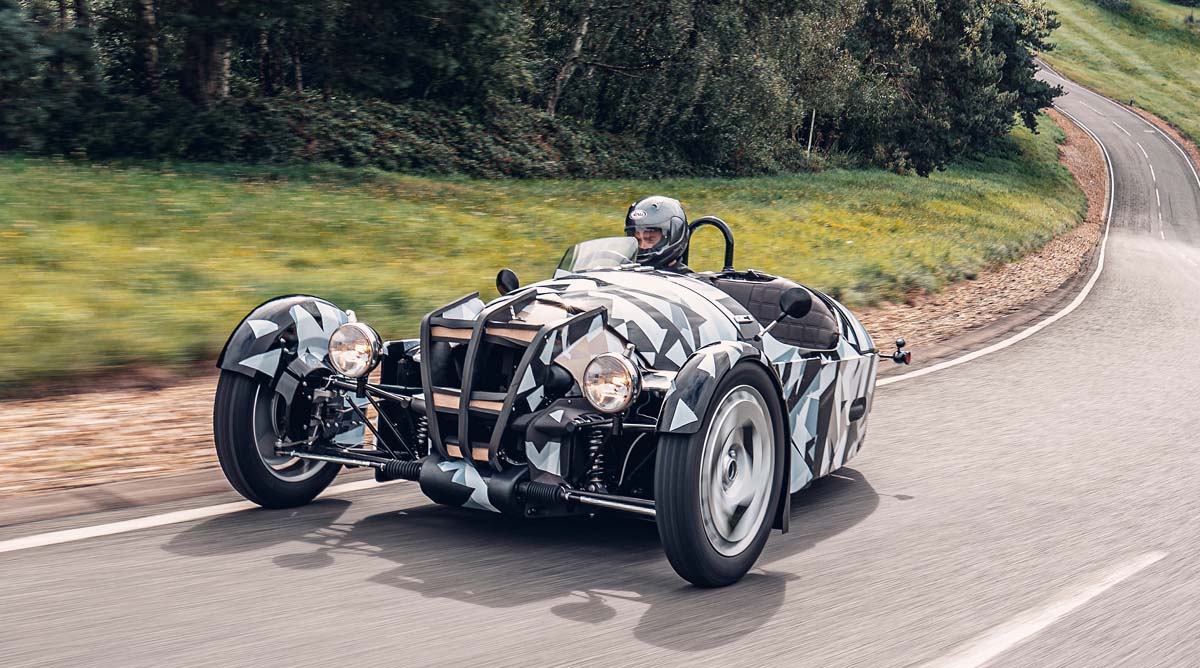 While the general configuration of the new 3 Wheeler will be unchanged, including the single driven rear wheel, the next version will roll on an all-new chassis based on the aluminium CX platform that’s already in use on the new Plus Four and Plus Six.

Additionally, there will be a major change to the powerplant, but it won’t be electric, as suggested by the EV3 concept from 2016. Instead, the “outboard” S&S 2.0-litre v-twin will be replaced by a 1.5-litre inline three-cylinder engine. Sourced from Ford, this engine is currently in use in the Fiesta ST hatchback and will be matched to a Mazda MX-5 five-speed manual gearbox and enclosed by bodywork on the new Morgan 3 Wheeler. 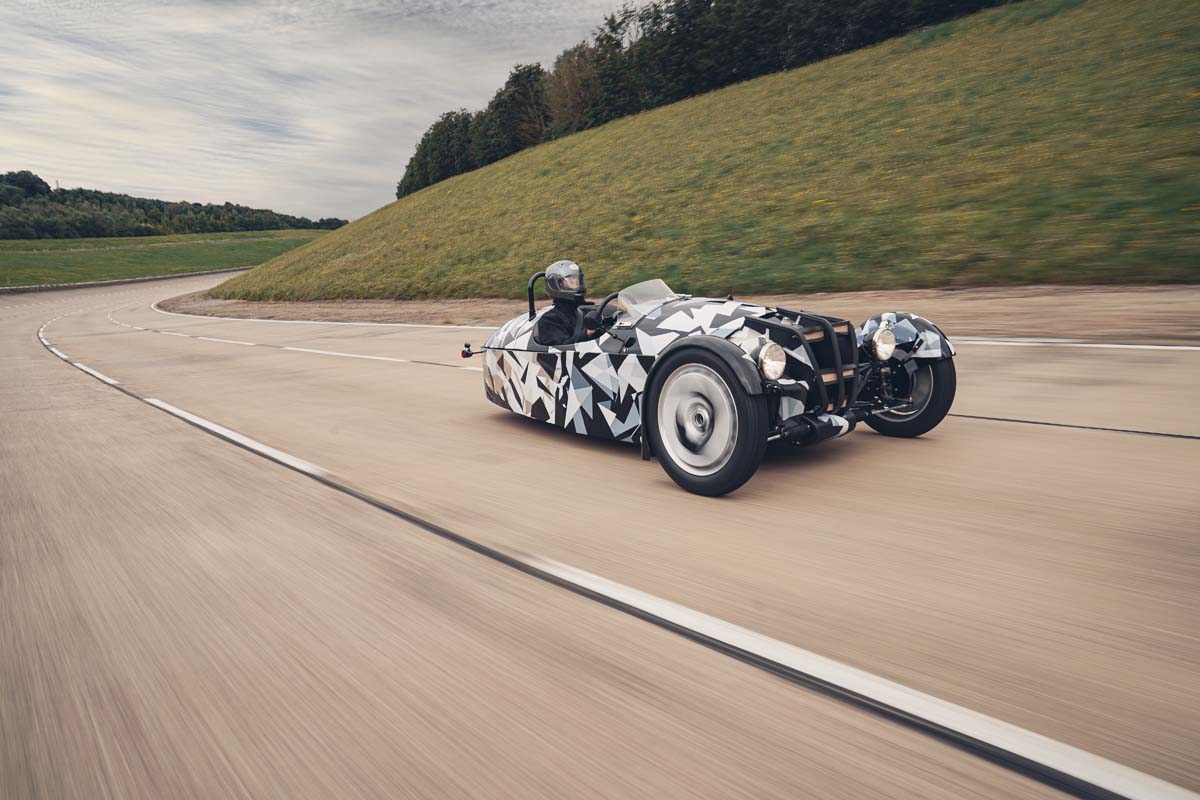 Performance figures from the new drivetrain haven’t been released, but compared to the v-twin, the naturally-aspirated Ford triple should increase power by around 50 per cent. This isn’t a new direction for Morgan, as three- and four-wheel models dating back to the 1930s have also used Ford engines.

The next 3 Wheeler’s design will be all-new and “inspired by the early jet age,” so expect the World War II themes that defined the discontinued 3 Wheeler to be abandoned. 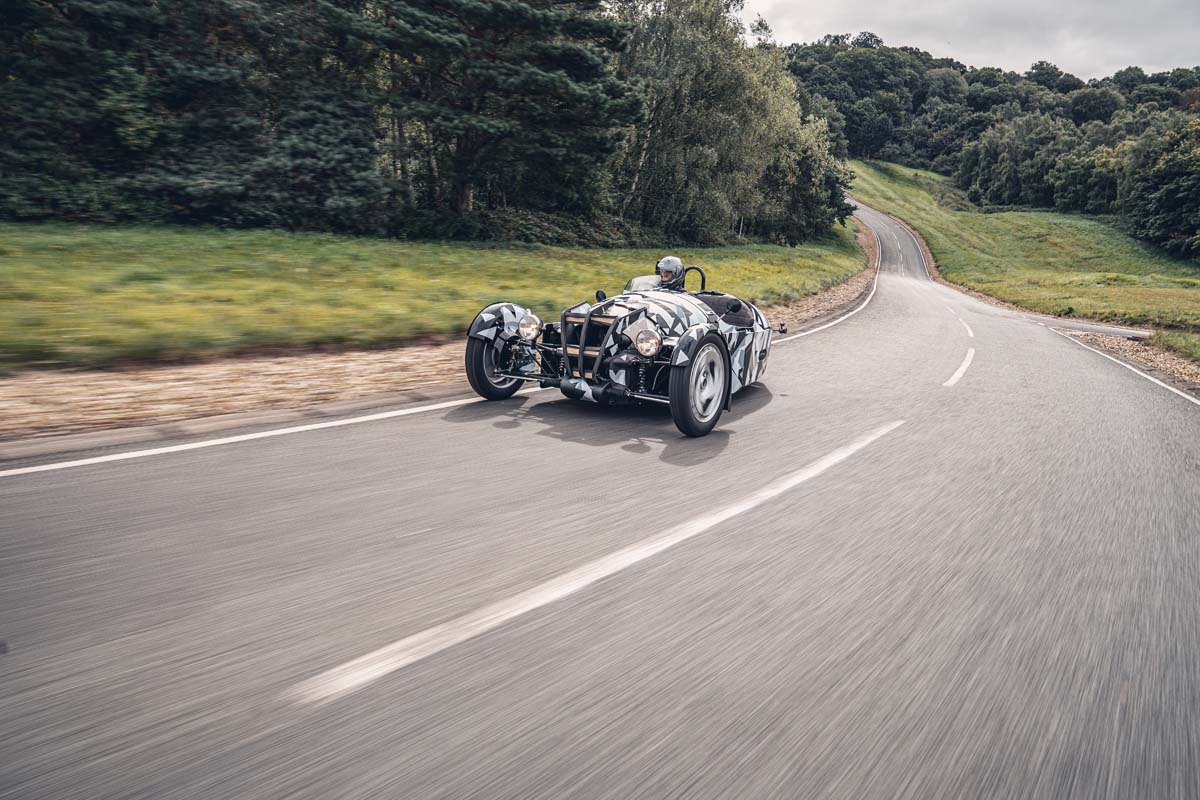 Currently undergoing durability testing in the UK, Morgan says further details on the new 3 Wheeler will be released ahead of its UK launch next year.