Morgan Motor Company have announced that they will be ending production of their 3 Wheeler roadster in its current form, with a return planned after 2021.

The temporary halt in production comes almost a decade after the 3 Wheeler was released and is due to type approval for the model’s S&S v-twin engine coming to an end next year.

To sign off on the 3 Wheeler in its current form, Morgan will produce the ‘P101’ edition. Limited to only 33 units, the name stands for ‘Project 101,’ which was Morgan’s internal code for the revival of a three-wheeled model more than a decade ago. 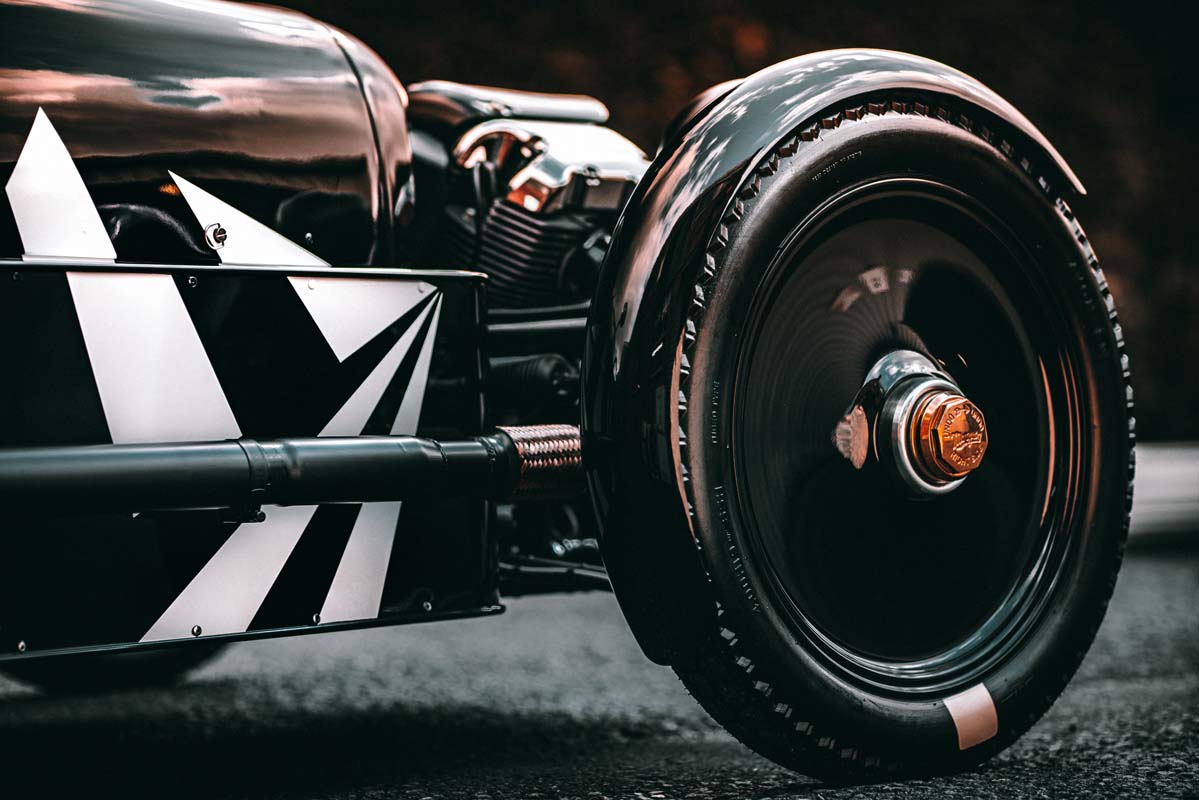 The limited edition is defined by a number of features and special finishes, starting with a single-leaf tonneau cover for the passenger area. Made from composite resin, the lightweight tonneau has a translucent finish that Morgan says is similar to engine shrouds from ‘70s open wheelers.

Hella 9-inch spotlights are also standard and have been positioned to reduce air turbulence around the front suspension. Solid ‘aero-disc’ wheels are fitted, finished in the same paint as the body and featuring brass-look ‘knock on’ locking nuts. 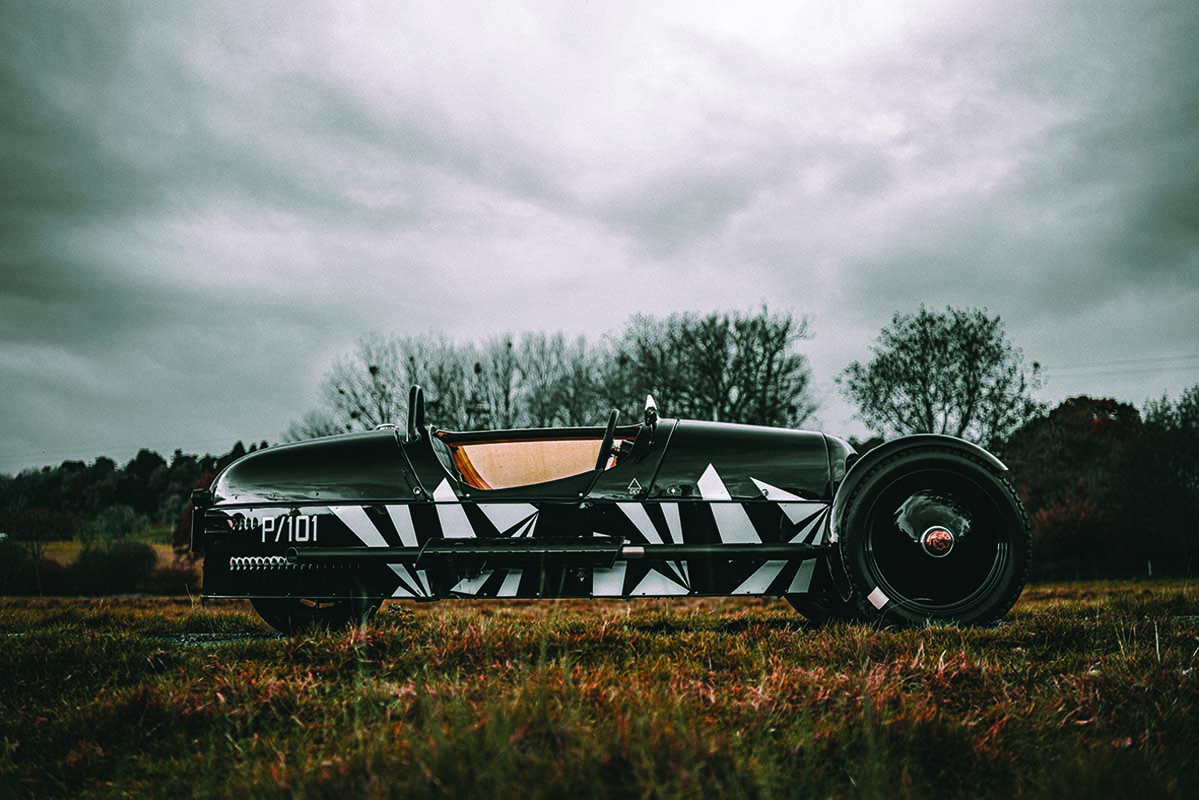 Paint choices are Deep Black or Satin White Silver, with ‘P/101’ graphics on the rear of the body and the dash, while a quirky touch is the alternate finish for the ceramic-coated exhausts – black for the driver’s side and white for the passenger side.

On top of this, Morgan adds a choice of four optional ‘art pack’ decals, starting with ‘The Aviator,’ which is a continuation of the RAF-inspired livery and nose art previously used by Morgan on this model. ‘The Race Car’ features a bonnet stripe and race-number roundels inspired by liveries that adorned early Morgan competition cars, while ‘The Belly Tank’ is also competition-inspired, particularly by the belly tank racers and lakesters that appeared after World War II. The fourth decal pack is ‘The Dazzleship’ that takes inspiration from the abstract geometric paint patterns that were applied to warships in World War I to make it harder for enemy vessels to estimate the ship’s range, course and speed. 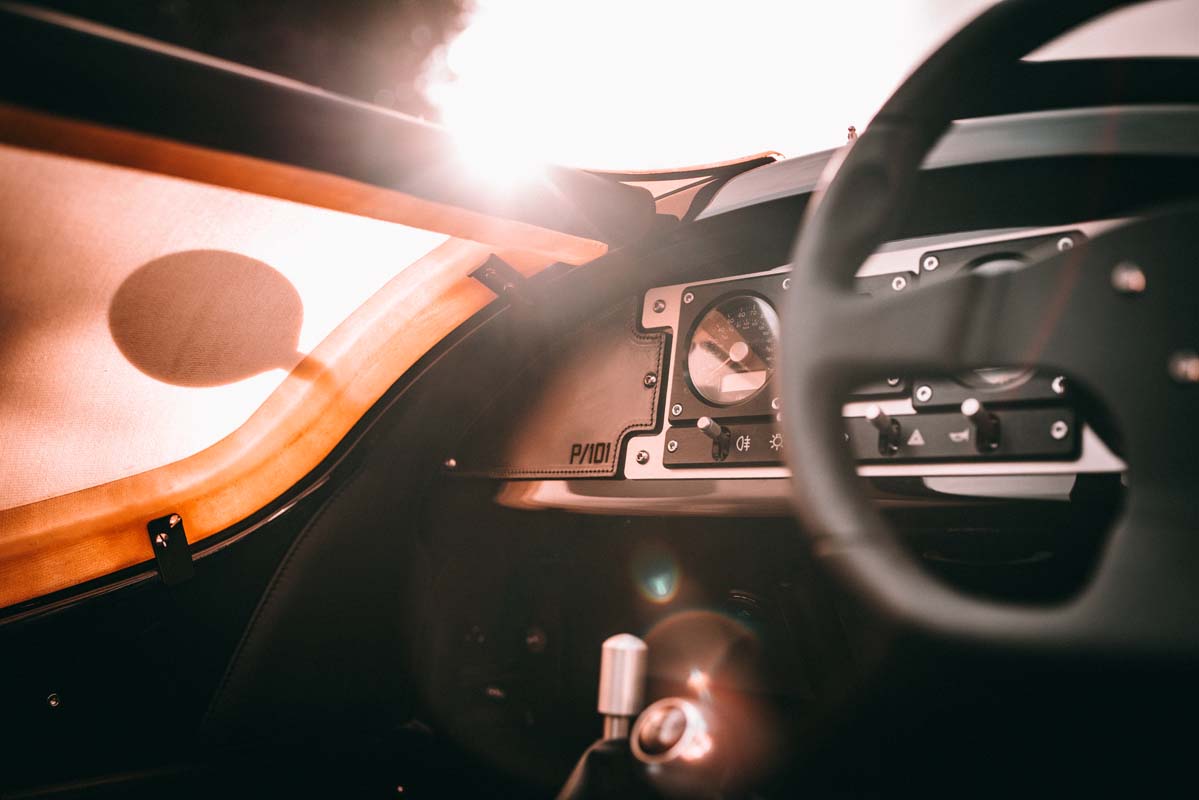 “The ‘current’ 3 Wheeler proved to Morgan, and the world, that fun cars still have a place and that the ‘why not’ attitude is sometimes best,” said Steve Morris, Chairman & CEO, Morgan Motor Company. 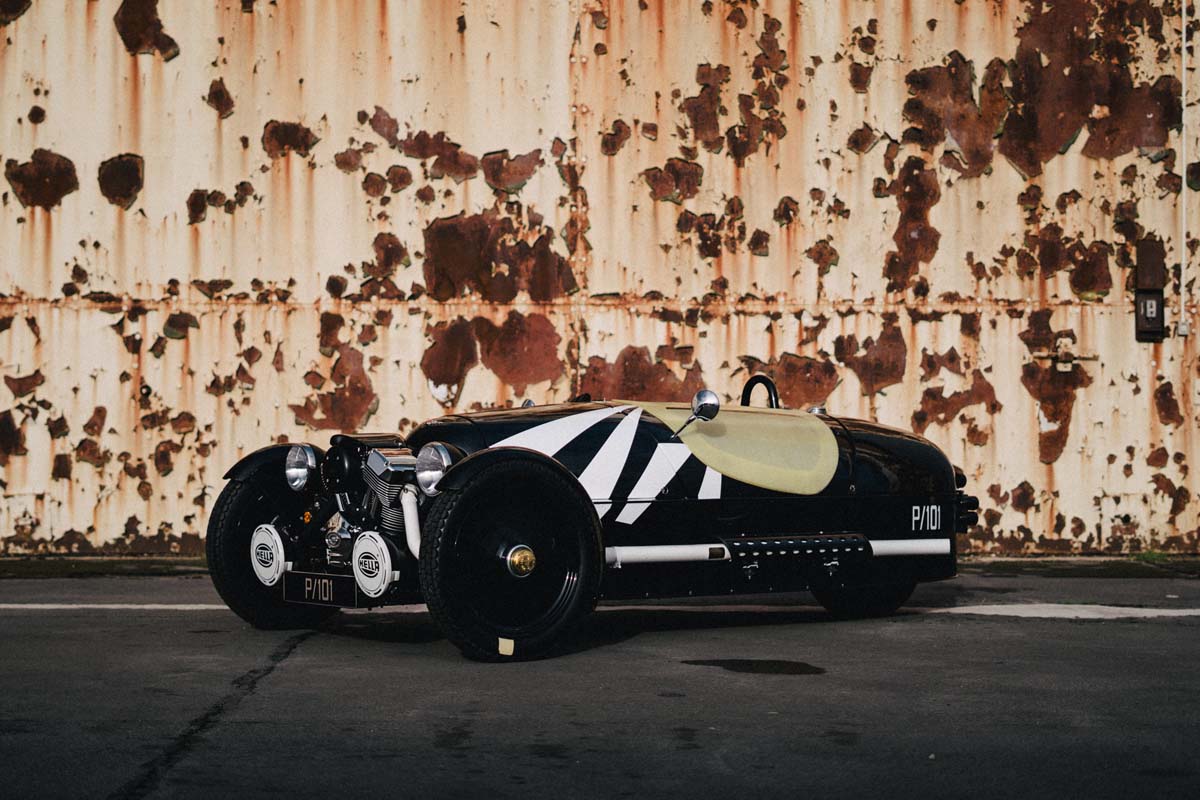 “The P101 celebrates the raw and stripped back nature of the 3 Wheeler and provides us with the perfect opportunity to draw an incredible chapter of Morgan’s history to a close. Once the 33 examples have been created, the opportunity for an exciting new chapter for three-wheeled Morgan vehicles begins.”

Before the P101 was officially announced on 19 November, all 33 units had buyers, spread across the UK, Europe and US. 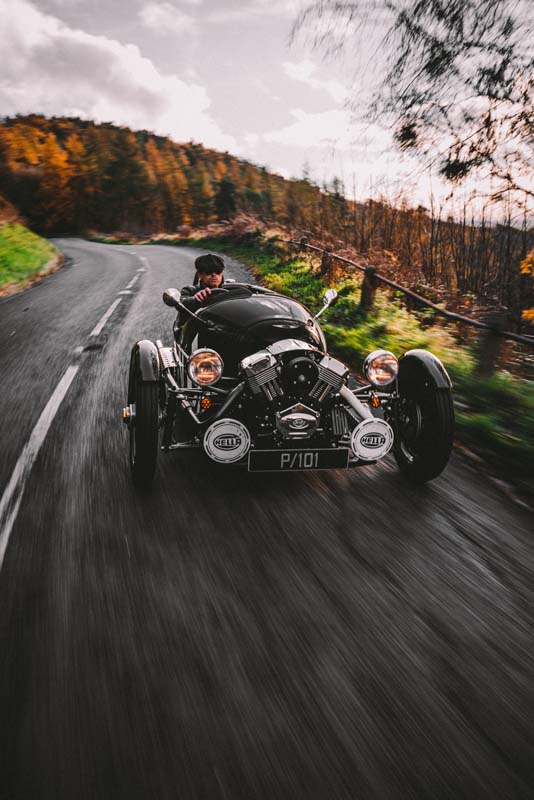 Pricing for the P101 limited edition is £45,000, which is around AU$82,000 direct conversion, but locally-available 3 Wheelers are closer to AU$104,000. In terms of the P101, it’s a moot point, as it appears none are coming here, but the regular 3 Wheeler is still available for Australian customers to order until type approval for the vehicle’s engine ends next year.

While the P101 marks the end of the Morgan 3 Wheeler in its current form, there will be a successor, details of which will be announced in due course and may include a revival of the electric-powered version that was developed up to prototype form before being abandoned in 2018.