The 2021 Repco Bathurst 1000 saw Walkinshaw Andretti United’s Chaz Mostert and Lee Holdsworth take an impressive victory to become the new Kings of the Mountain. For Mostert, it was his second Bathurst win after the epic last-to-first triumph in 2014, while for Holdsworth it was his first win at the Mountain in 18 attempts. 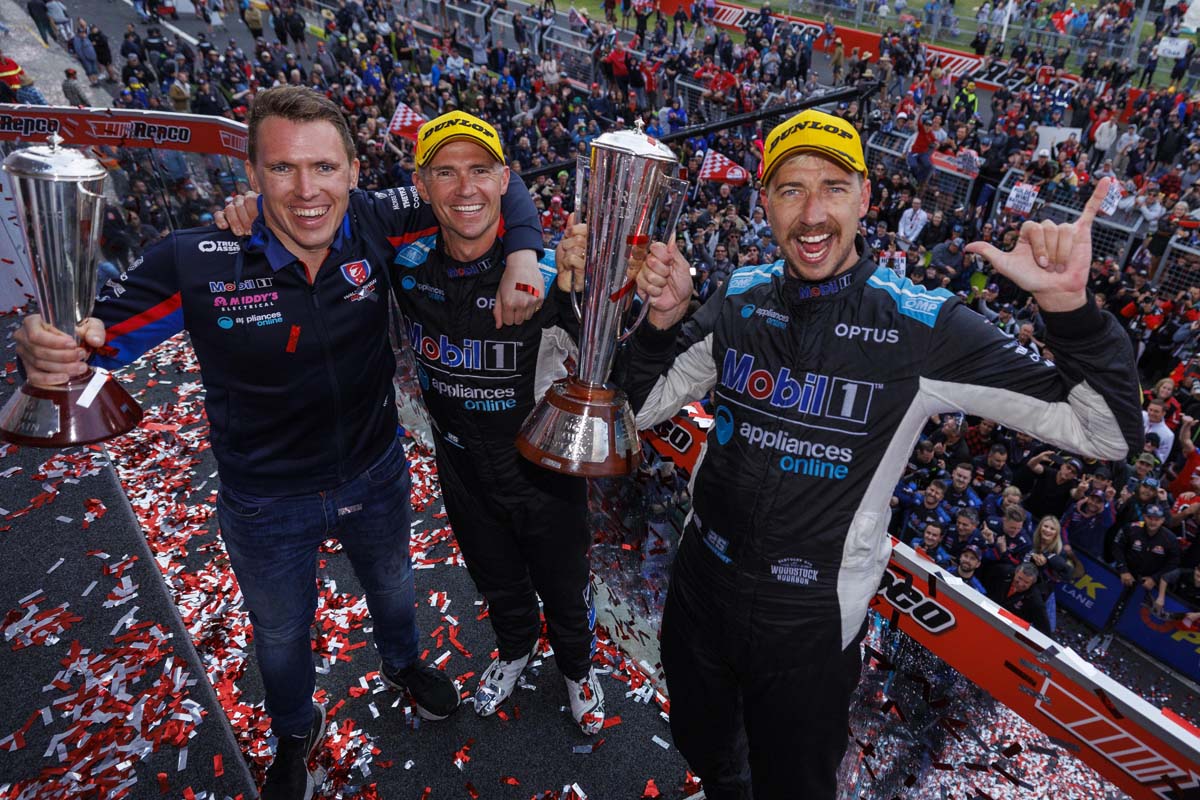 It was the 35th win in the Great Race for Holden and the first for Walkinshaw Andretti United (WAU) under its current guise after previously competing under the Holden Racing Team banner, where they achieved seven Bathurst wins.

The WAU Mobil 1 / Appliances Online #25 ZB Commodore was fast from the start of the 2021 Bathurst campaign, with WAU boss Ryan Walkinshaw later revealing that, once the championship was out of reach, all the team’s energy went into winning Bathurst. 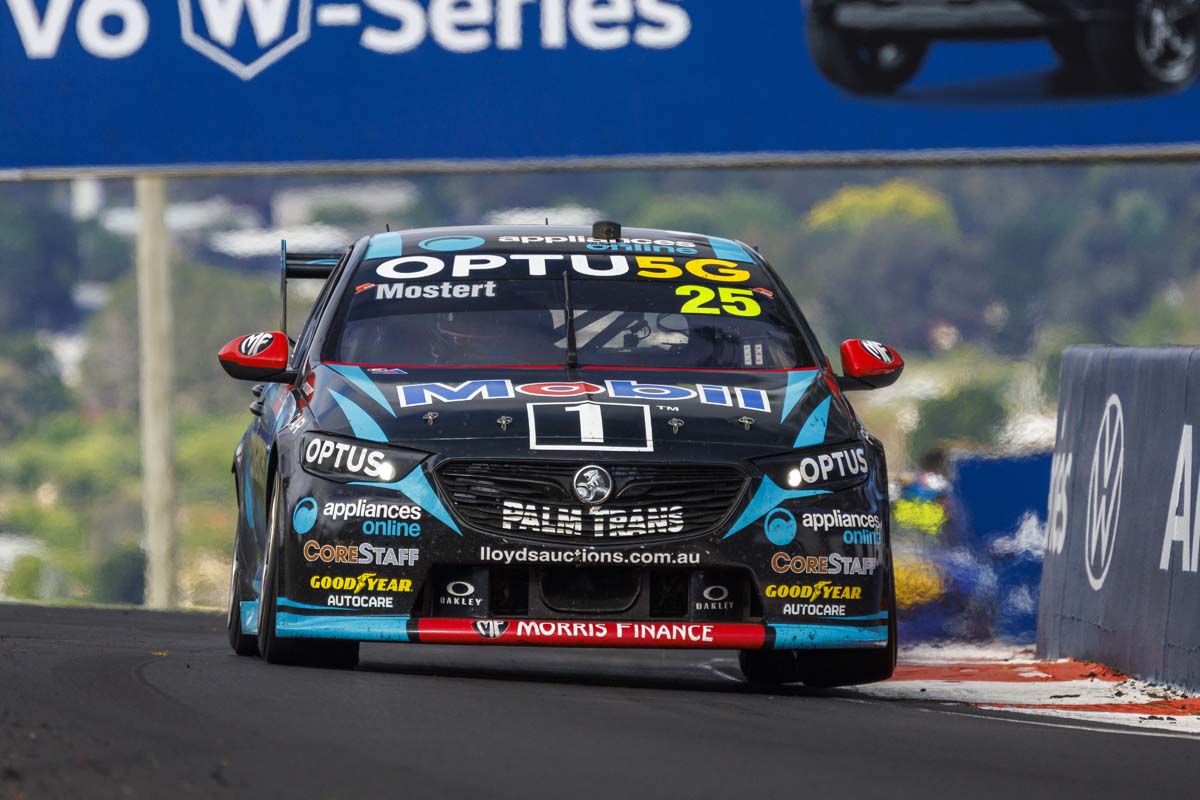 Although Mostert was only third fastest in qualifying, he took pole with a blinder of a Top Ten Shootout lap - 2.03.373 - which was the fastest ever Supercar lap around Mount Panorama. It was also the first pole for a WAU/HRT car since Garth Tander in 2009. 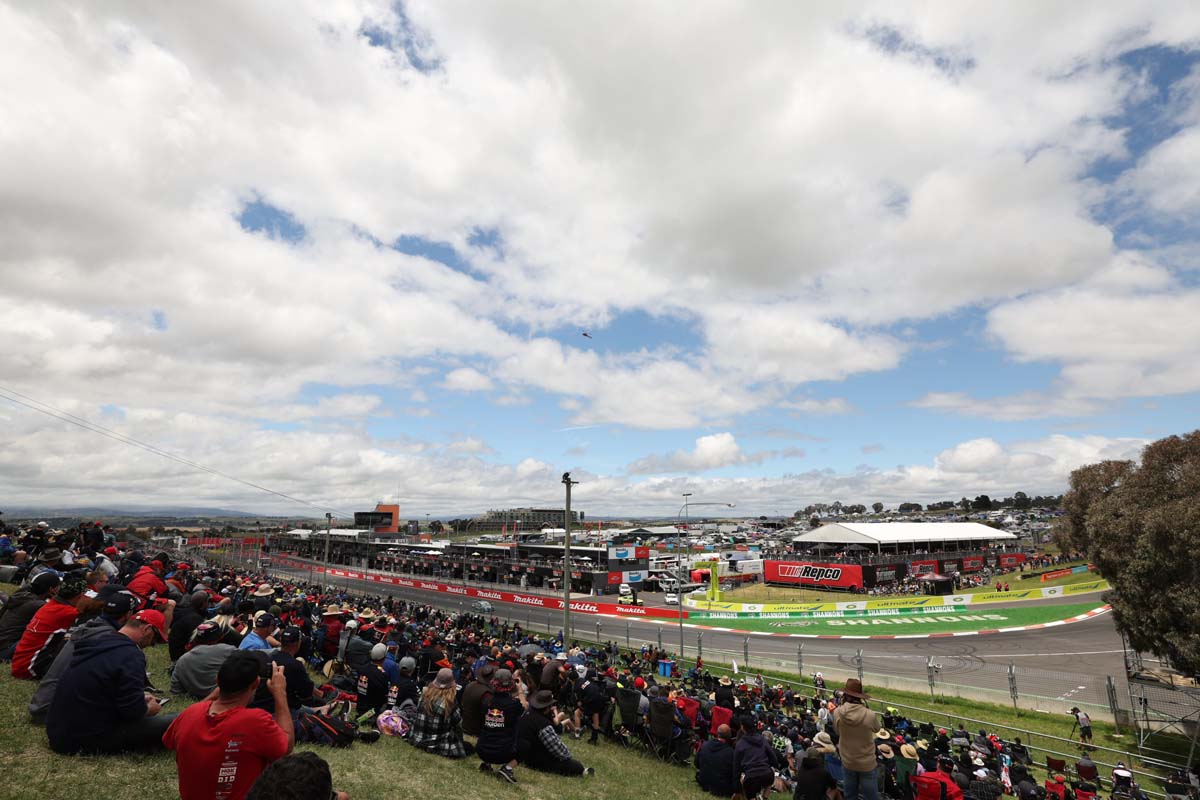 Erebus Racing’s Will Brown and Brodie Kostecki both made the Shootout, but their times were disallowed due to underweight doors in their Commodores, so would start the race from ninth and tenth, respectively, while the retiring Jamie Whincup (Red Bull Ampol Racing Commodore) failed to make the Shootout and would start from eleventh. 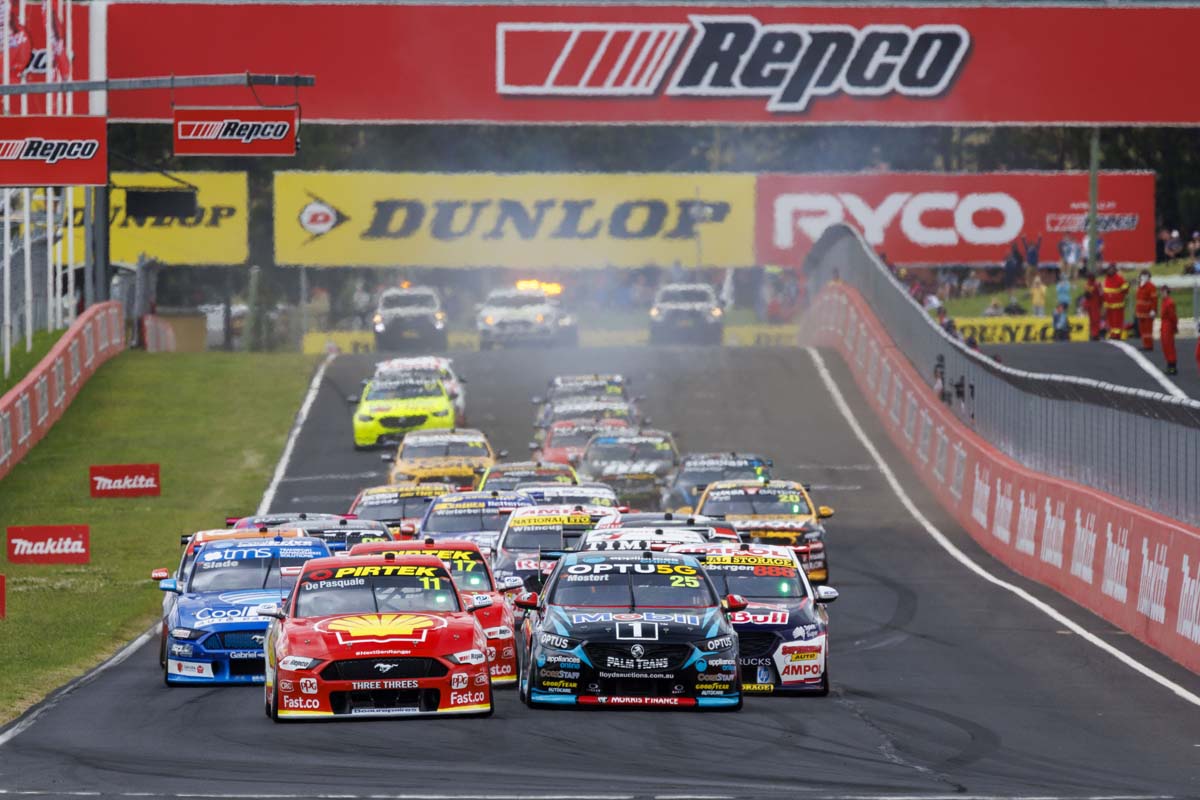 For the race, Holdsworth would start the #25 Commodore, alongside Tony D’Alberto in de Pasquale’s #11 Mustang, with most teams electing a similar strategy of starting with their co-driver. While D’Alberto got the jump off the line, Holdsworth had the lead by the end of the opening lap.

On race-winning pace throughout his first stint, Holdsworth handed the car over to Mostert after 38 laps and he proved to be equally quick. 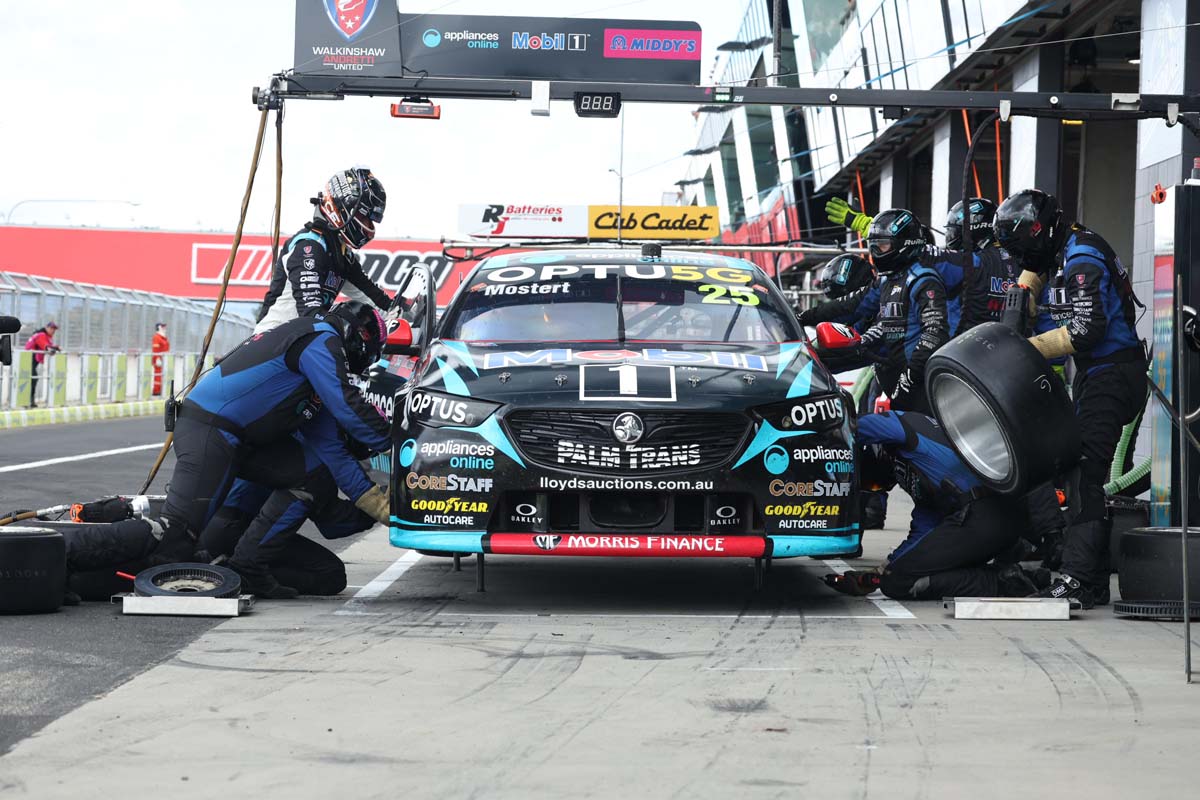 On lap 49, WAU’s charge was halted by a delaminated tyre, and while this unplanned pitstop upset the team’s strategy, Mostert soon recovered and by lap 84, Holdsworth was back in the car and back in the lead. 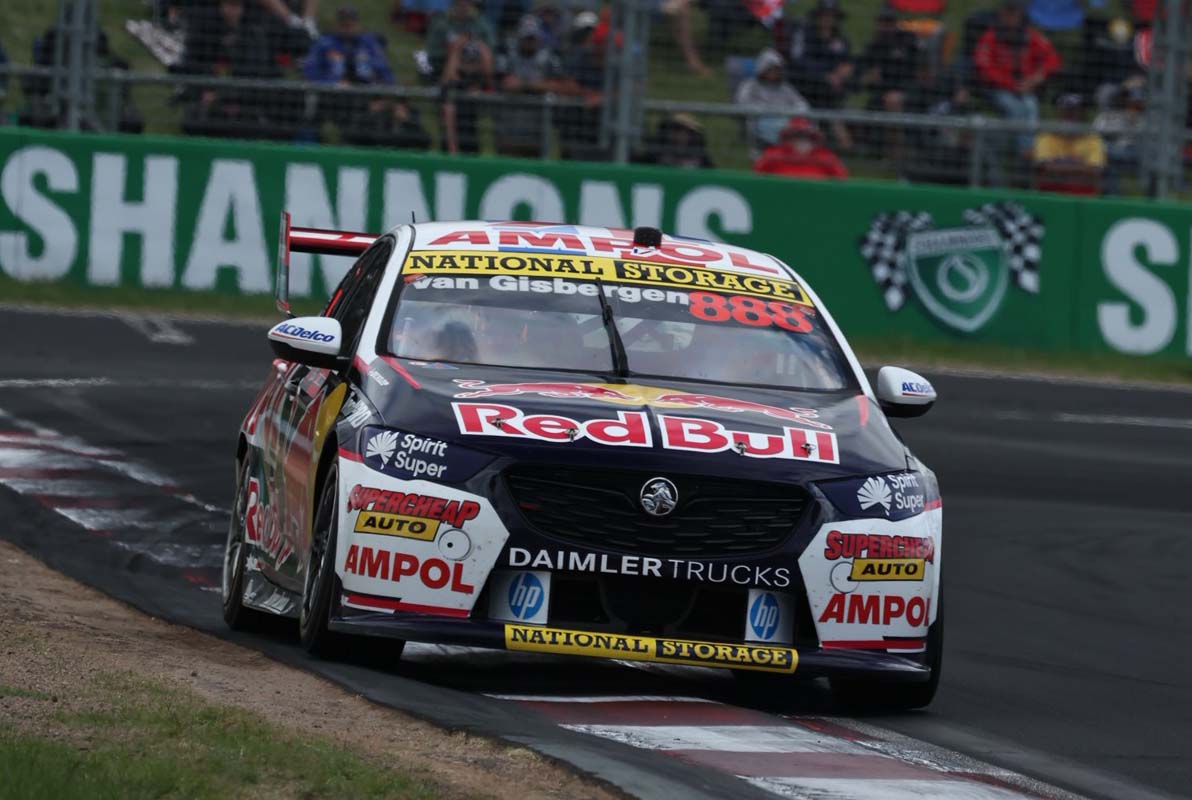 With 56 laps to go, the safety car was brought out for an echidna on the track, after which van Gisbergen had the race lead from Mostert. Briefly losing position to Whincup and De Pasquale at the restart, Mostert would take the lead again with 40 laps to go, but had van Gisbergen right on his tail.

The final scheduled stop, with 24 laps to go, was followed by a safety car period two laps later, then another with 19 laps to go.

With just five laps remaining, a delaminating tyre put van Gisbergen out of contention, taking pressure off the leading Mostert and enabling him to take a comfortable win from Waters and Brodie Kostecki. 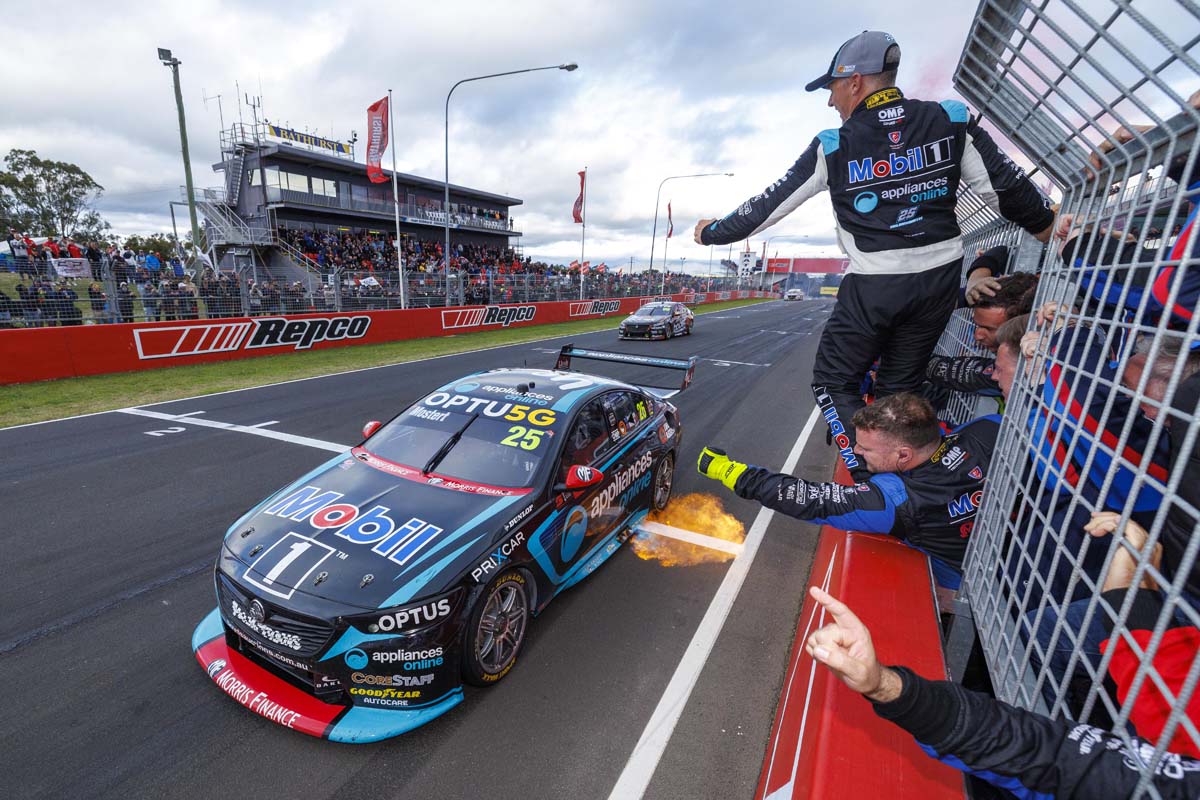 "It was a pretty tough race, when we did that [puncture] I knew it was going to be a tough slog, but credit to the guys, this car has been speedy all weekend," Mostert said.

"We started on pole and we won the race. Every time you start on pole you never think you're going to win it - credit to this car and credit to the team.”

Holdsworth added: "I don’t know what to say. This is unbelievable. "This team is amazing.

"I wanted to jump on the bonnet and go with him, it was amazing." 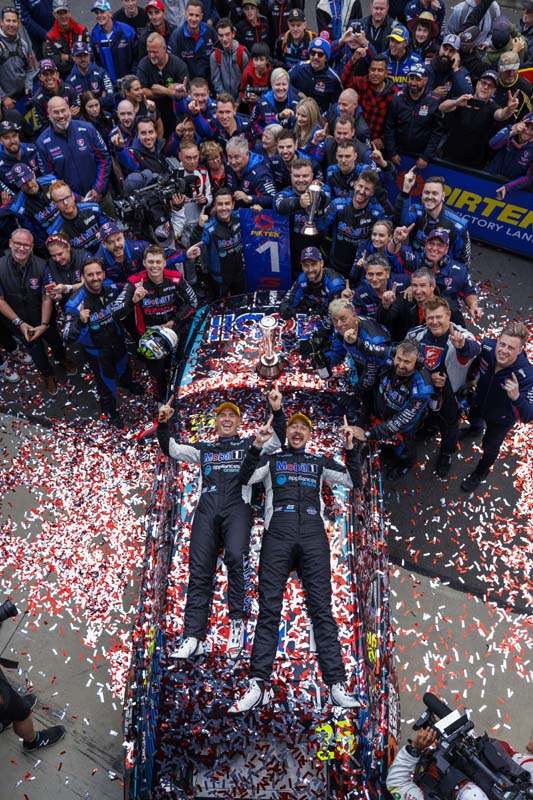