It’s one of the unsung star cars from cinema and television, but the Mini from Mr. Bean was a key character in the TV comedy.

From car park shenanigans, to dressing while driving to work, being crushed by a tank and driving from a roof-mounted armchair, the Mini featured in some of the show’s best scenes – usually with a Reliant Regal serving as the fall guy to Bean’s antics.

According to the Mr. Bean fansite, three different Minis were used in the filming of the TV series, including an orange example from the very first episode, before the familiar Citron Green (a factory colour) and matte black bonnet car was introduced.

All were British Leyland-era cars, so C1970s and, apparently, parts were swapped and changed amongst the fleet as required. Beyond some minor mods made to suit particular gags in the show, none were specially fitted out, although the ‘tank crush’ Mini did apparently have all its running gear removed before the scene.

Beyond the three original cars from the TV series, others were used in Bean feature films and for special promotional events.

There have been plenty of Mr. Bean tribute Minis, too, and one of these is going to auction in the UK this month.

Consigned for Bonhams MPH online auction, the car on offer is a 1976 Leyland Mini 1000, in the correct colour scheme and with the signature gate bolt on the driver’s door.  While signage on the car says it is one of the originals from the TV series, the auction description says it’s a “good replica,” confirmed by the automatic transmission (the TV cars were manuals). 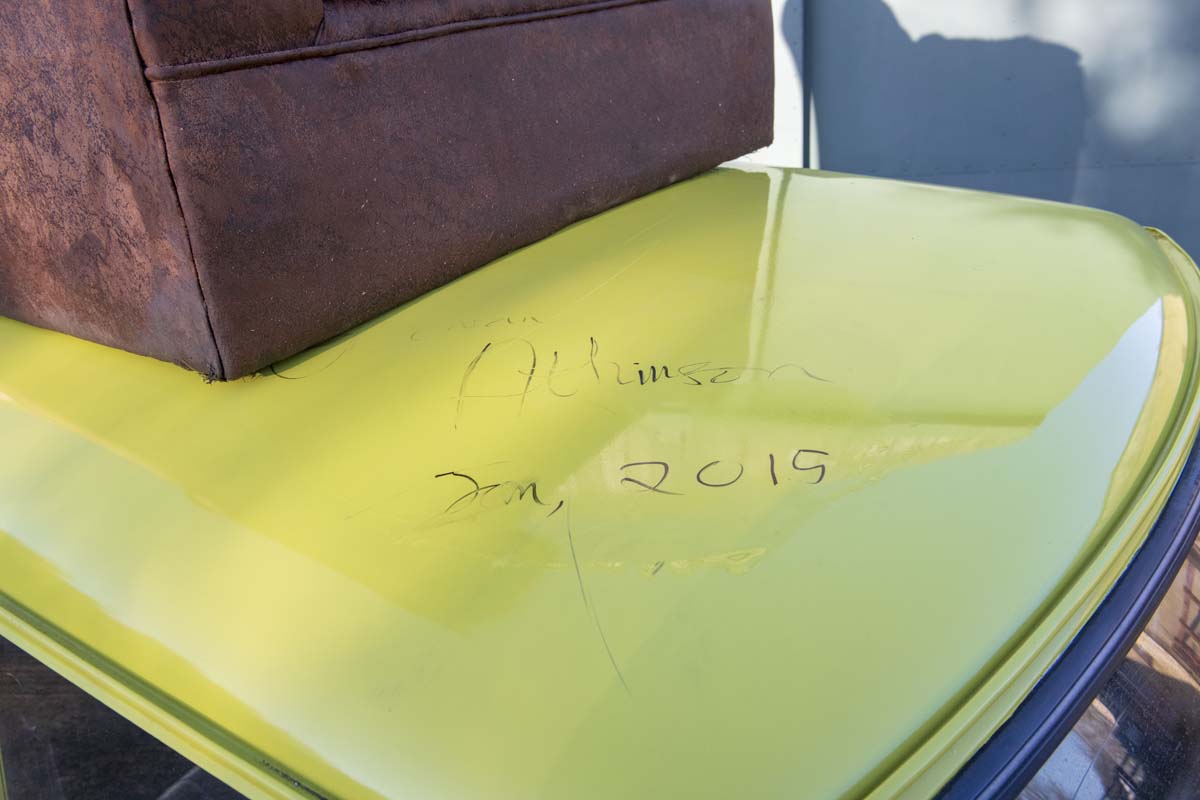 Formerly part of the London Motor Museum collection, the Mini carries Rowan Atkinson’s signature (dated Jan, 2015) on the roof and includes an armchair, so the auction description cheekily describes the car as a five-seater.