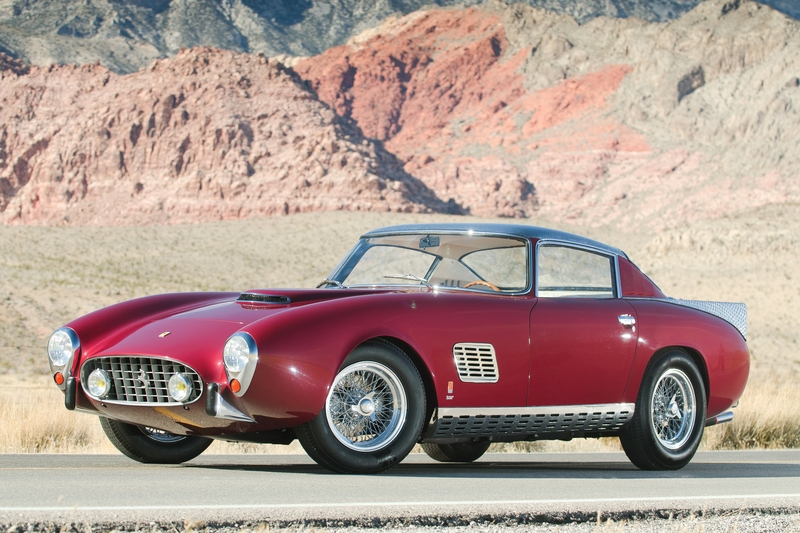 Some of the star lots expected to sell well include a 1952 342 America Coupe Speciale, 1963 250 GT Lusso Berlinetta, 1958 250 GT Berlinetta, and 1973 365 GTB/4 Daytona Spyder. However, one of the more intriguing Ferrari lots consigned for this auction, and one that's expected to be the top seller, is a 1957 Ferrari 410 Superamerica (SA) coupe with bodywork by Scaglietti.

One of only 34 410 Superamericas produced in total, the lot on offer is even rarer, being the only example with coachwork by Sergio Scaglietti, the man whose name would later grace a production Ferrari. Most of the Superamericas were bodied by Pinin Farina, with a handful also created by Boano and Ghia. By virtue of their rarity, the four most exclusive 410s consist of a single Ghia-bodied example, a coupe and a convertible by Boano and s/n 0671 SA, this stunning coupe by Scaglietti.

S/n 0671 SA was originally commissioned by Dottore (Doctor) Enrico Wax, a wealthy Ferrari patron from Genoa whose importing firm, Wax & Vitale, S.n.C., sold fine goods like Johnny Walker whiskey and Connolly leather. One of Ferrari's earliest supporters, Dottore Wax could order an exclusive model, and Ferrari would gladly furnish it, a privilege reserved for only a few select clients of the Maranello marque.

In 1956, Dr. Wax had requested a very different car than Ferrari's usual offerings. Reportedly, Enzo Ferrari had suggested that, rather than have Pinin Farina design a 410 Superamerica, Sergio Scaglietti would be both the designer and the builder of a very unique example. True to form, Scaglietti's proposal was stunning—a road car with a distinct competition flavor. The dramatic fastback roof, a pair of prominent fins, the side vents and the boldly vented rocker panels were made of stainless steel, while the rest of the car was lightweight aluminum. Inside, British-made Smith's instruments were used in place of Ferrari's usual Veglia units, and the car was fitted with twin 50-liter fuel tanks. It was a 410 like no other.

Interestingly, Dr. Wax kept the Scaglietti-built 410 less than a year before selling it on. The second owner had Carrozzeria Boano personalize the car by re-profiling the rear fenders, painting the fins dark red to match the body, extending the front fenders with covered headlights, changing the hood scoop, redesigning the instrument panel to place the speedometer and tachometer in front of the driver and re-boring the V-12 to a 5.1-liter displacement. Sold again in 1961, the 410 SA made its way to the USA, where it was stolen in the 1970s, with the chassis reportedly separated from the body and sold on. Tracked down in the late 1980s by US enthusiast, Greg Garrison, s/n 0671 SA was freighted to Italy, where it's identity was confirmed by none other than Enzo Ferrari himself!

With Ferrari's blessing, Sergio Scaglietti was among a numbr of Ferrrari personnel who agreed to recommission the 410 SA back to its original condition. Scaglietti arranged for the acquisition of the original sketches, work sheets and Factory photos of the car, as well as co-ordinating the return of four retired Scaglietti workers who originally created s/n 0671 to reconstruct their work at the shop of Carrozzeria Sport Auto, Bachelli & Villa, Bastiglia-Modena. A little over two years later, s/n 0671 SA to rose from its ashes. Four weeks after the car returned to California, it won Best in Class at the (1990) Pebble Beach Concours d'Elegance.

Since it passed to the present owner in 2007, this powerful, one-of-a-kind, award-winning 410 Superamerica has been well maintained and has recently received a light service to ensure excellent drivability. Given its rarity and essentially bespoke nature, RM Auctions estimate s/n 0671 will sell in the US$1.75 - $2.25 million mark.

RM Auctions Phoenix, Arizona sale is scheduled fro January 20, 2012. For further details on these and other lots from the upcoming Phoenix event, go to www.rmauctions.com 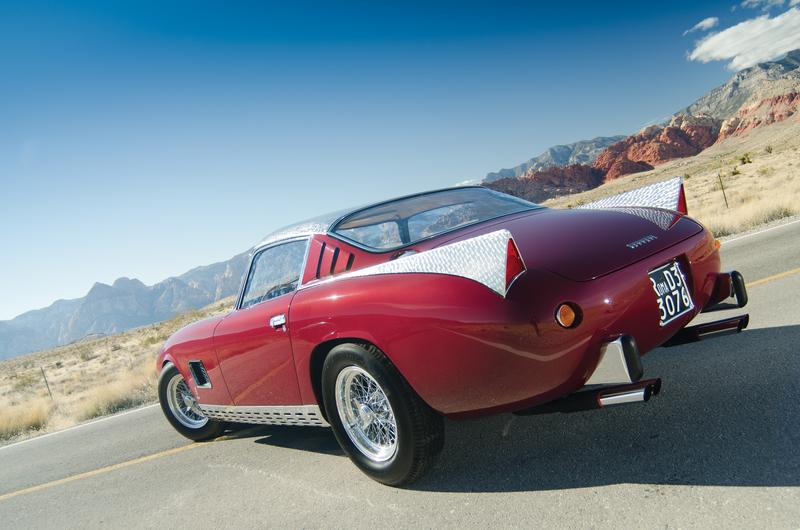 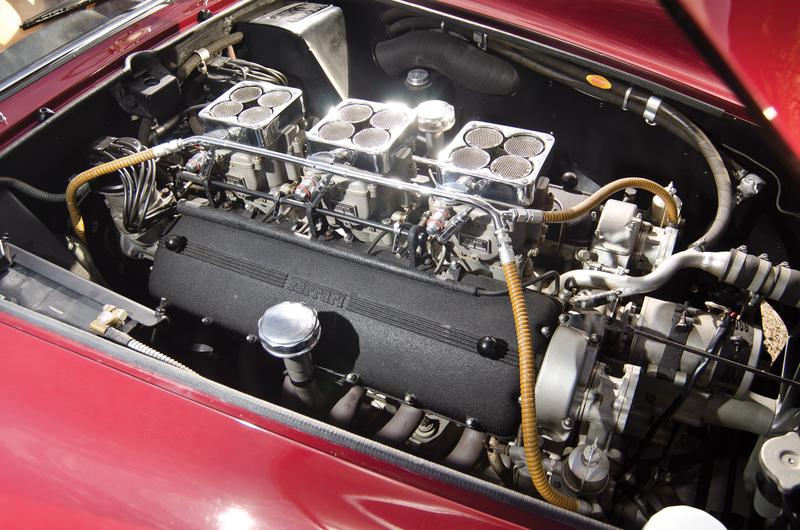 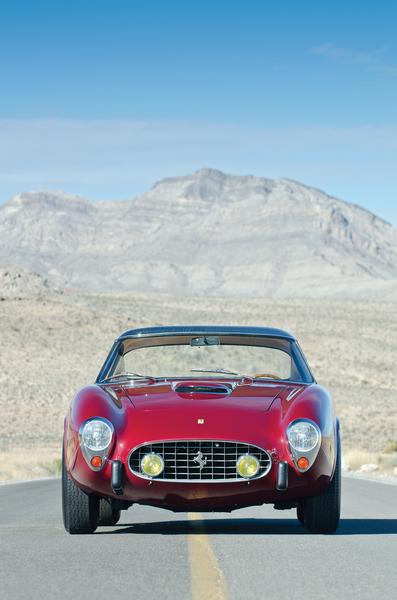 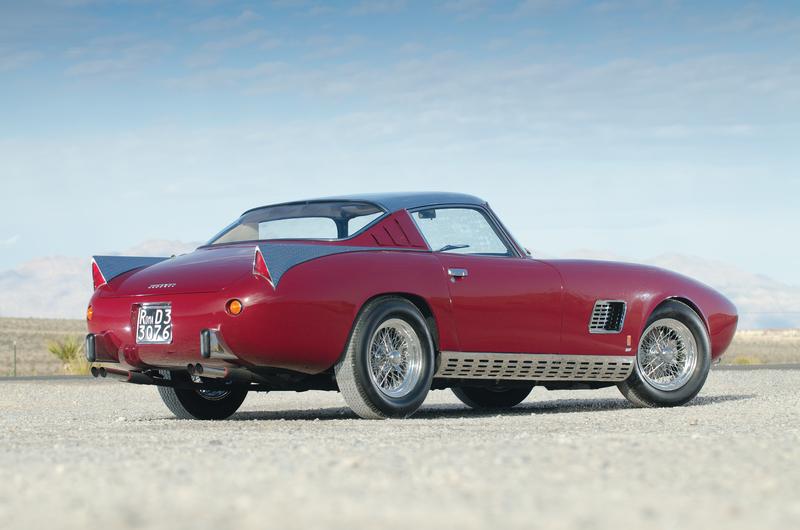 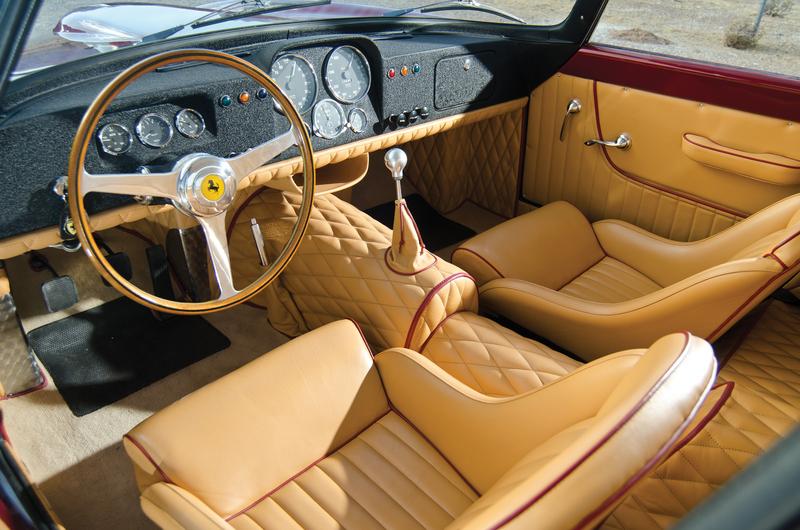