Already a special car, this HSV GTSR W1 in unique Jungle Fever paint has a special history, too.

Like Holden, HSV is now officially gone from new car showrooms, but the memories of these cars are still strong. And as they say, ‘absence makes the heart grow fonder,’ so desirability for these cars is strong, too.

When we talk about desirability, the HSV GTSR W1 had it well before it even reached showrooms. As the last – and undeniably the best - Commodore-based HSV sedan, the W1 had no problem finding buyers when it was launched in 2017, despite a $169,900 sticker price. 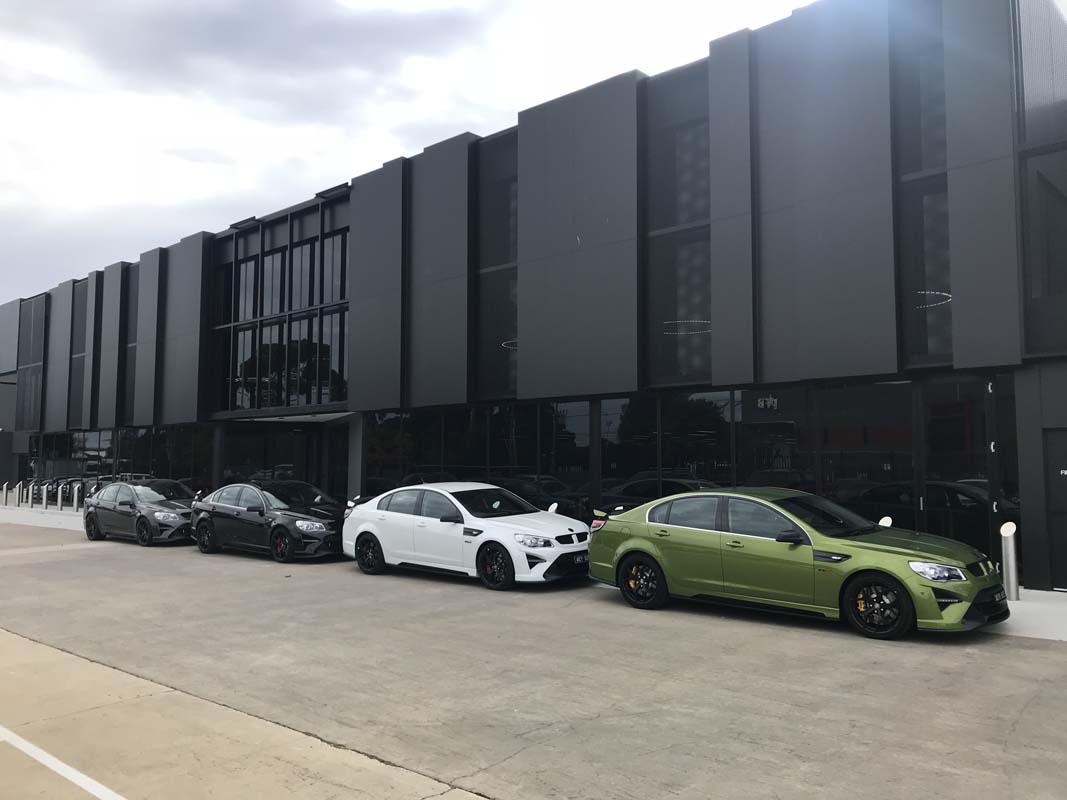 With official production of only 300 (275 for Australia, 25 for New Zealand), demand for the GTSR W1 exceeded supply by a fair margin, allowing less sentimental types to ask for – and receive – premiums of $100,000 or more over that original price, including one example that sold for $280,000 at a Graysonline auction in late 2017.

Now, another W1 is about to go to auction through Graysonline, but this one is special, as it’s

a pilot production vehicle whose ‘Jungle Fever’ paint makes it a one of a kind.

Back when the GTSR W1 was new, buyers who paid their $169K (or more!) received a VFII Commodore-based sedan (Gen-F2 in HSV speak) with everything HSV could throw at it and then some.

At the heart of the W1 was GM’s ‘LS9’, a 6.2-litre supercharged V8 usually found in the Corvette ZR1 but not fitted to any previous HSV model.

Making the LS9 fit and work within the Gen-F2 engine bay required major work on HSV’s part, including the fabrication of all new components, like a carbon fibre airbox and hi-flow bi-modal exhaust system. The end result was worth it, though, delivering brain-melting maximums of 474kW at 6500rpm and 815Nm at 3900rpm – all in a car that was just as capable for a run down to the shops as it was for terrorizing a racetrack.

The Tremec TR-6060 6-speed manual transmission followed the same pattern: docile for everyday use, but dominant when pushed. This close-ratio unit was the sole transmission available on the W1, with no auto offered. 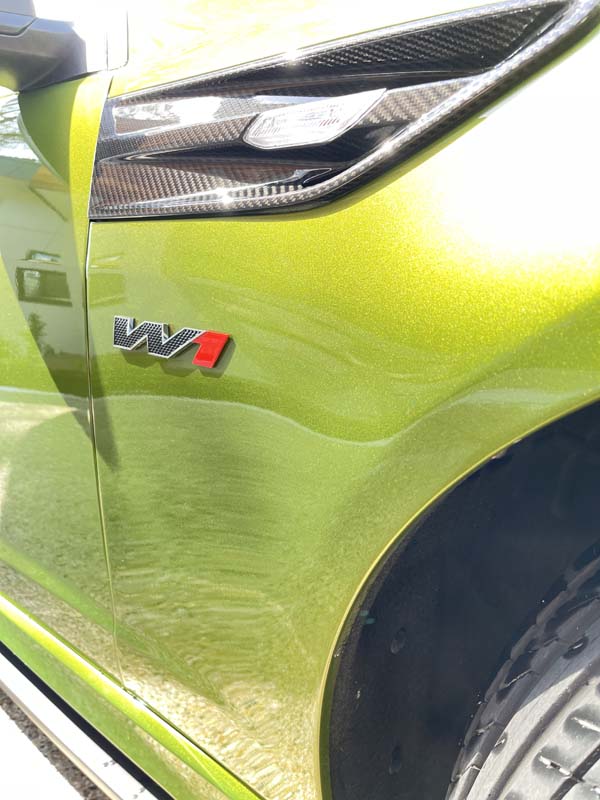 Inside, the W1 offered HSV Podium seats with heating and power adjustment, electronic climate control, Bluetooth and sat nav, to name a few of the features, meaning all that race-like performance could be enjoyed in comfort. 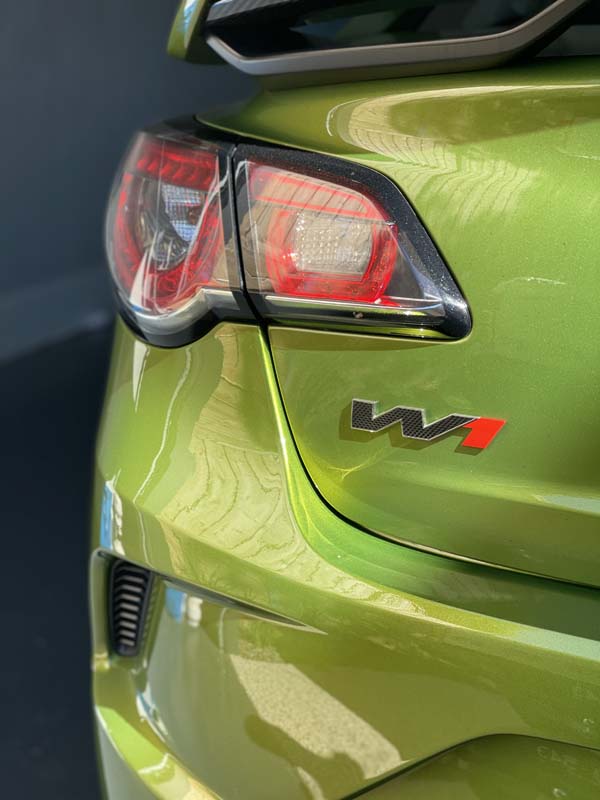 Following its announcement and release, W1 fever peaked in early 2018, then died down, but following the demise of Holden and HSV last year, desirability has ramped up again, with examples recently being advertised in the $500,000 range.

While every GTSR W1 is a desirable car, some are more desirable than others, like the pilot production example pictured, which is unique.

As a ‘pilot production’ car, this vehicle, one of four built by HSV, was used to test and finalise the W1’s specs and features ahead of production.

Officially labelled ‘W1 Pilot Build No E002,’ this car carries a number of individual quirks compared to the production W1s, but what makes it unique, even amongst the other pilot cars, is its Jungle Fever paint. This colour did not feature on the other three pilot cars and was never offered on the production W1.

Although pilot cars tend to be intentionally driven hard – in order to find faults to rectify before production – this car is described as having the easiest life of the four, being used for cooling system testing in Darwin and a media drive day at Phillip Island. It covered the least kilometres, too, with just over 9,000kms on the odometer when its pilot duties were fulfilled, while the other three recorded double that.

Prior to the GTSR W1’s launch, this particular car also featured heavily in magazines and online, including in camouflage wrap at Phillip Island.

When the W1 went on sale in 2017, all four pilot production cars were put on the market at the end of that year. Each one carried a build plate identifying its special status and came with full documentation from HSV, including a Certificate of Authenticity. Like customers for the production W1, buyers of the pilot cars received a collectable W1 watch, too.

In January, 2018, the vendor was lucky to acquire this GTSR W1 pilot, in its one-off Jungle Fever paint, and has coddled it ever since. However, the decision has now been made to move the car on and Graysonline has been chosen to handle the sale, which will be conducted online this coming 18-23 February.

If you’re tempted by this car, but feel that you need a little extra to get you over the line, the engine cover has been signed by Holden Supercar drivers Jamie Whincup, Shane van Gisbergen and Craig Lowndes following their 1-2-3 finish as the 2018 Sandown 500.

For more specific details on this vehicle, the 18-23 February auction and other upcoming Graysonline collectable car auctions, go to: Grays Online