Following Moke International’s announcement last year that they were switching to electric power exclusively for the reborn Mini Moke, the first production examples were completed in May ahead of delivery to customers in the Northern Hemisphere summer. 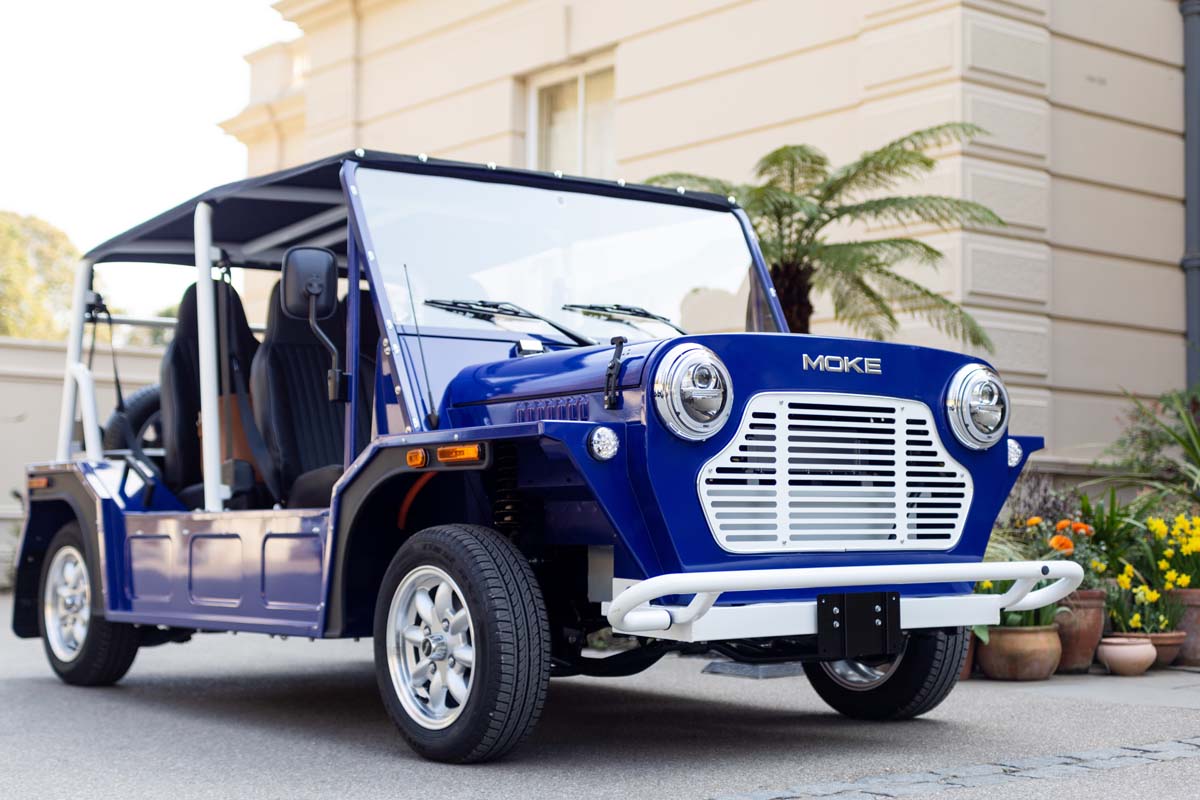 “Our team has been working relentlessly for three years to engineer and manufacture a worthy, sustainable successor with the latest technologies. Made in Britain, the Electric Moke is now ready to inspire and delight a new generation.” 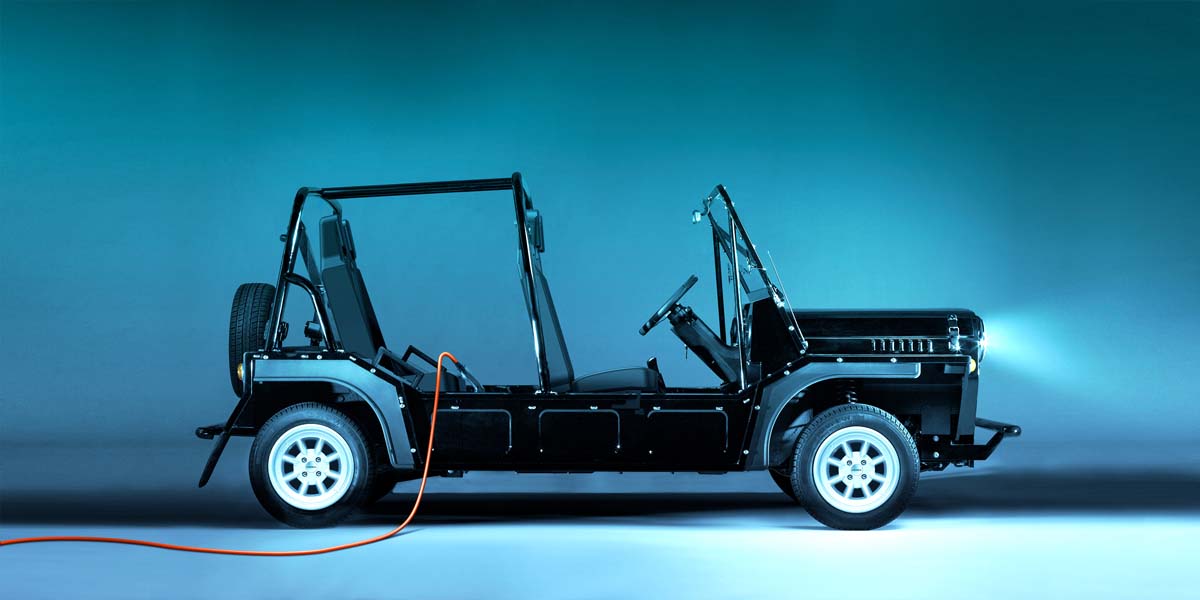 Power for the EV Moke comes from a three-phase AC synchronous motor producing 33kW /130Nm. Driving the rear wheels, this motor enables the Moke to reach 55km/h from standstill in 4.5 seconds and hit a top speed of 80km/h.

A lithium-ion battery provides range of up to 120km, with recharge time of four hours from a conventional household outlet. 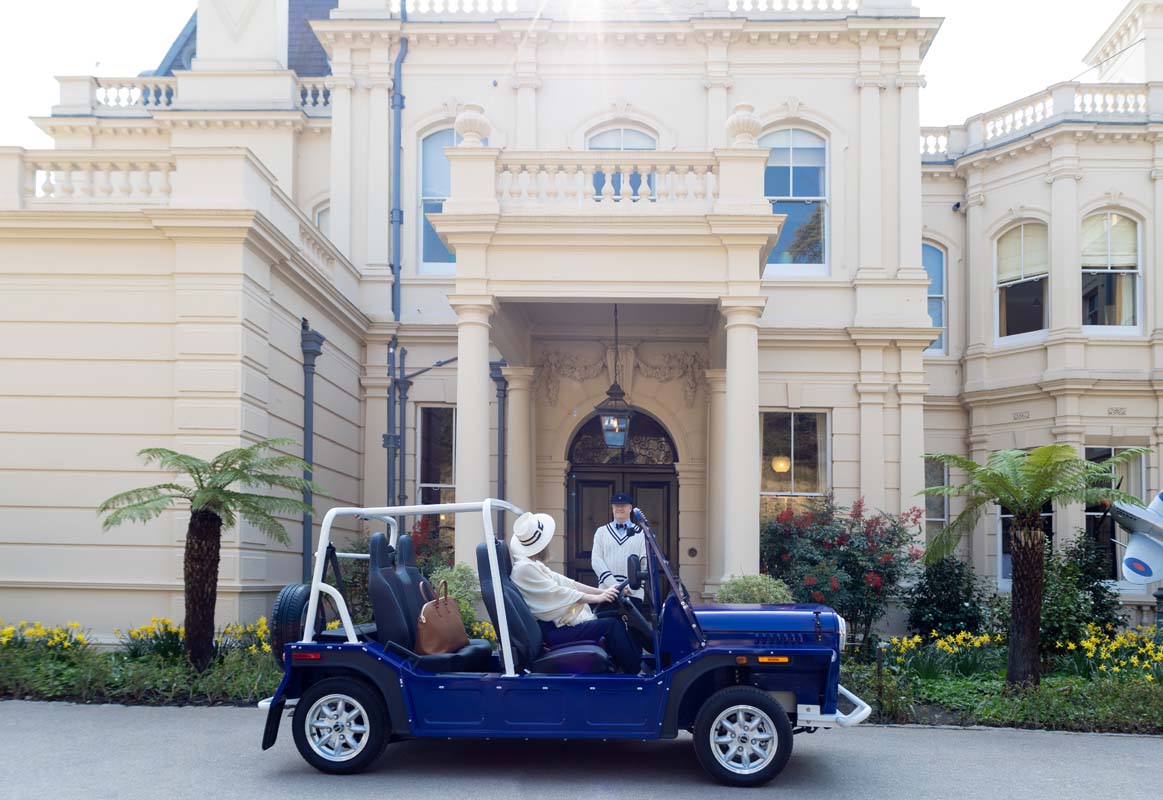 Measuring 3,225mm long, 1,660mm wide and 1,550mm high, the new Moke is larger than the original and has some differences in its styling, too, but remains true in terms of style and spirit.

Moke International are producing the car in both left- and right-hand drive to suit UK and European markets, the latter of which is expected to more lucrative, especially Mediterranean countries, as highlighted in Moke International’s PR that said the driving range was suitable for three round trips between Cap-Ferrat (on France’s Côte d’Azur) and Monaco. 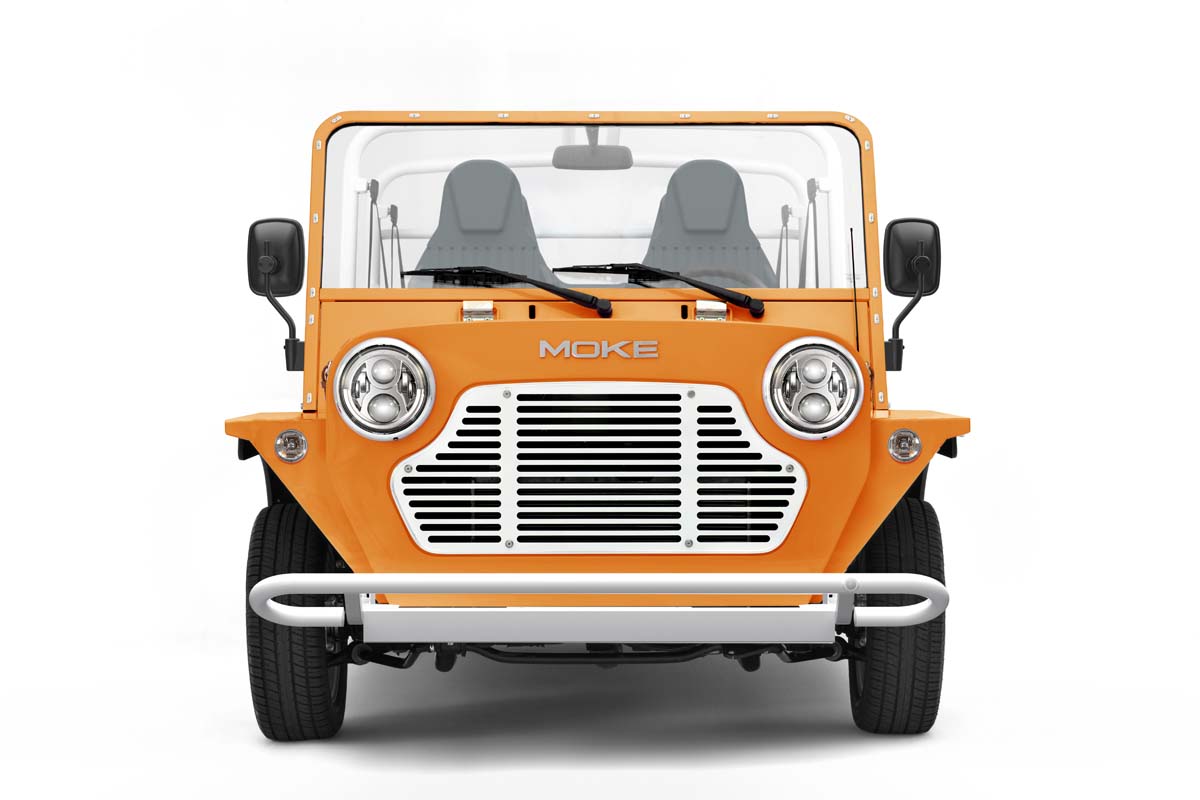 Available colours include Sunlight Yellow, Sunset Orange, Scuba Blue, Granite Grey and Wave Blue, with more options to come as production increases. All colours are accented with white bumpers and a white roll cage, while the seats are trimmed in black vinyl, regardless of exterior colour choice. 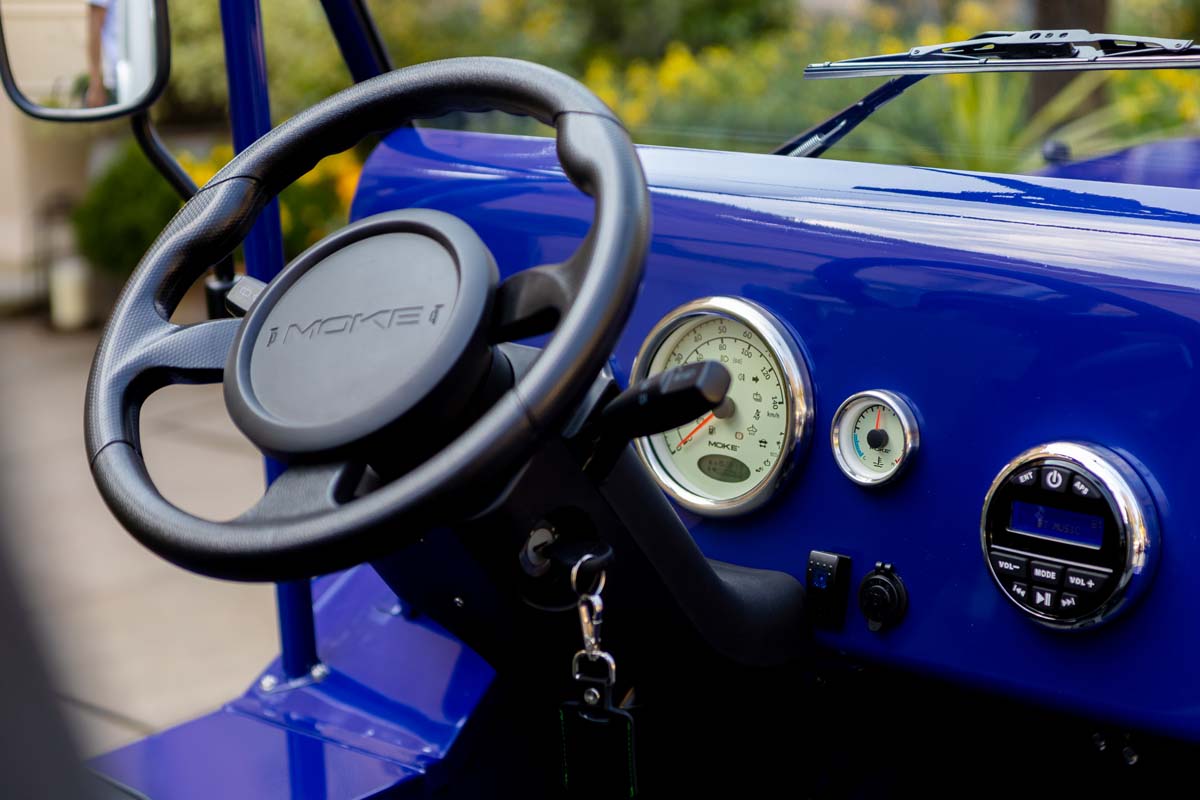 Despite Moke International showing some interest in offering the new Moke in Australia back when it was a petrol-powered vehicle (including the establishment of a local outlet in Melbourne), meeting local ADRs will likely torpedo any chance of the EV version coming here ass a road-legal vehicle.

Cost would be a barrier, too, as the £29,150 asking price in the UK before taxes translates to over $55,000 here, even before import costs and other factors are added.