Rare Mazda RX-3 up for grabs in Shannons online auction

American market ‘SP’ coupe may be only example in Australia

Rare Mazda RX-3 up for grabs in Shannons online auction

A Mazda RX-3 coupe variant originally produced for the American market is part of Shannons Spring Timed Online Auction that closes this Wednesday.

Mazda’s RX-3 line was near the end of its run when a variant for the American market was introduced. Dubbed ‘SP’ and only available in coupe form, the special edition dressed up the exterior with a chin spoiler, window louvres and a blackout finish for the grille, bumpers and headlight surrounds, while bold bodyside and bonnet striping was optional. 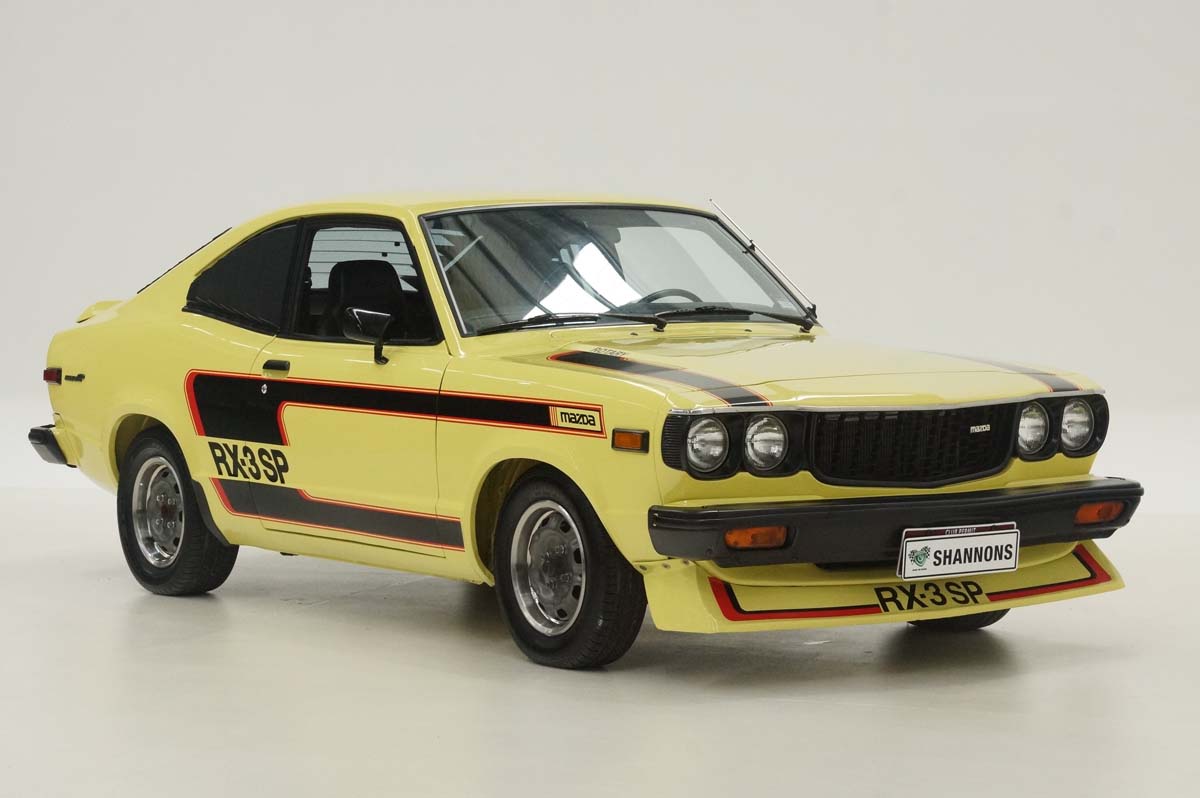 Despite its racy looks, there were no performance enhancements on the SP, which ran the standard RX-3 12A rotary engine, paired with a 5-speed manual.

Around 4,000 examples of the SP were produced for the American market, while 1,000 units of a similarly named model, without much of the US version’s lairy styling, was also offered in Japan.

The example consigned with Shannons has had its engine upgraded to a 13B, with better rear brakes and adjustable Acbron front suspension fitted, too, but it remains stock in most other areas and the factory front shocks are included. A Pioneer stereo and additional gauges have been added to the LHD interior, but nothing was drilled or cut to fit them, so they can be removed easily.

Imported to Australia four years ago by the vendor, this Mazda has been described by Shannons as possibly the only example of an RX-3 SP in the country – at least in American spec. A Japanese market SP sold for $35,000 at a Grays online auction last year, but that car was in fairly shabby condition, while this one is much better, so Shannons have attached a guiding range of $55,000 - $65,000. The car is being sold unregistered and with no reserve.

For more details on this and other lots from Shannons Spring Timed Online Auction, go to: shannons.com.au