Shannons Summer Online Auction is live and one of the highlights amongst the “youngtimer” modern classics in this timed online auction is a Ford Sierra RS Cosworth.

An icon in the UK, but rarely seen in Australia, the Sierra Cosworth is a legendary homologation special that’s fast-appreciating in value. Built by Ford Europe from 1986 to 1992, it was the result of a Ford Motorsport project with the purpose of producing an outright winner for Group A racing in Europe. 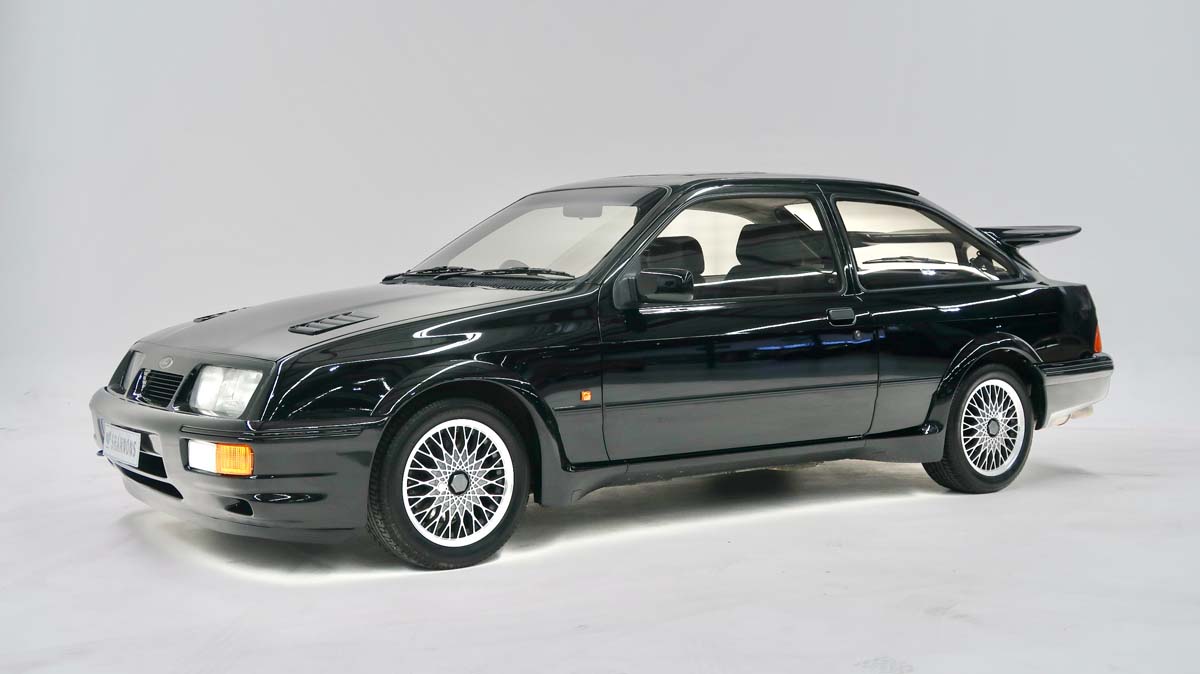 Fitted with a turbocharged Cosworth YBB 1993cc engine, early examples developed 152kW for road use and up to 225kW for racing, with acceleration from 0-100km/h in less than 6.5 seconds and a top speed just short of 250km/h.

From this base, the more familiar Cosworth RS500 was developed, specifically to homologate componentry for racing and limited to 500 units, whereas more than 5,000 units of the base RS Cosworth were built. Most of the changes defining the RS500 were in the engine, including an improved cooling system, fuel pump and oil circulation. The result was 167kW versus the standard RS Cosworth’s 152kW.

Externally, the RS500 could be picked out against an RS Cosworth by the additional spoiler at the rear (below the standard ‘whale tail’ high-mount spoiler), redesigned front bumper and subtle RS500 badging.

The unit consigned with Shannons is a 1986 Sierra RS Cosworth hatchback, whose odometer and overall condition supports 36,345 documented miles from new.

This collector grade, unrestored example has been consigned by a Sydney Ford collector, who sourced the car in the UK almost 10 years ago.

Finished in jet black (the most popular of only three colours offered), with an unmarked grey cloth and red checked Recaro cloth interior (the only interior trim colour offered), the car’s original books and a detailed receipt file will be included in the sale.

Shannons expect this sought-after and collectible high-performance modern classic Ford to sell in the $90,000 - $110,000 range.

For more details on this lot and others from the 16-23 February Shannons Summer Online Auction, go HERE.