One of Renault’s most significant and popular models, the 5, has been reborn, with the ‘Renault 5 Prototype’ unveiled as part of Groupe Renault’s ‘Renaulution’ five-year plan.

Under Renaulution, fourteen new vehicles will be launched by 2025, all of which will come with an electric or hybrid drivetrain option and seven of which will be exclusively electric.

More broadly, Renaulution will see Renault move from a car brand to a “tech, service and clean energy brand”.

Referencing the French ‘Nouvelle Vague’ (New Wave) arthouse film movement of the 1950s, Groupe Renault CEO Luca de Meo says the next five years will see Renault create its own New Wave, but one that’s inspired by the brand’s history.

“It’s about bringing modernity to the automotive industry. This vision of modernity, we anchor it in France. Because as a brand, we know our soul and our strength lie in our origins. 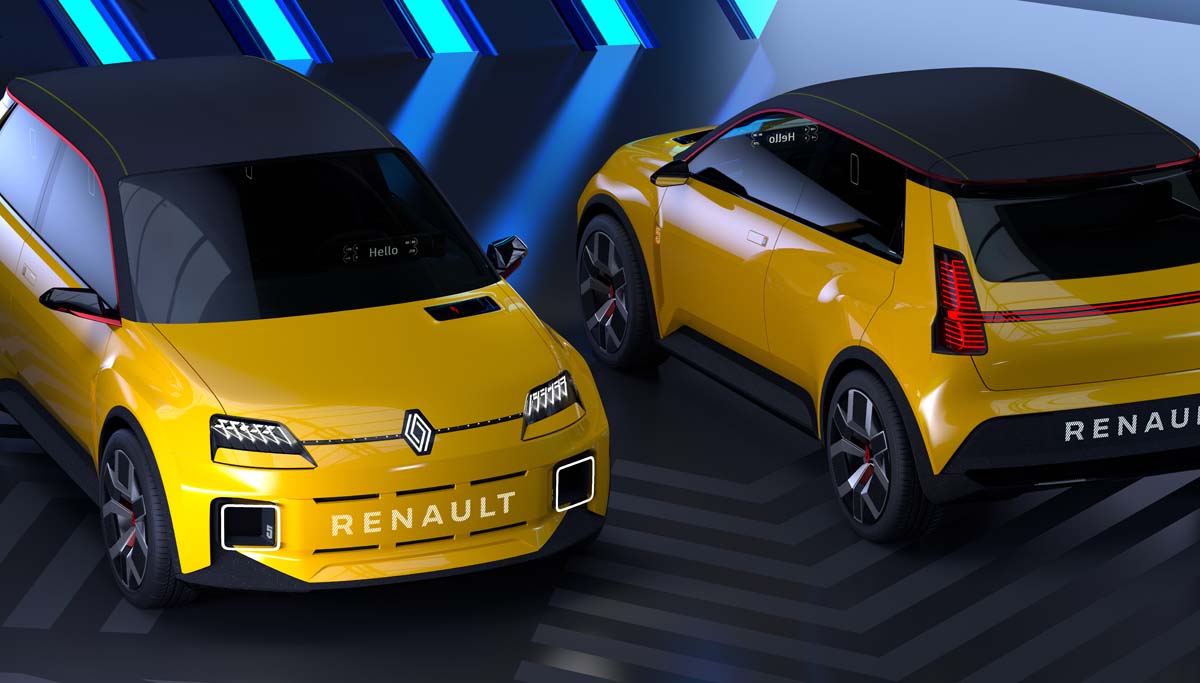 “The new R5 is the Nouvelle Vague: it’s strongly connected to its history, and yet it’s the future, making electric cars popular,” de Meo concluded.

A 25-year veteran of the automotive industry, de Meo has worked for Toyota, FCA and VW, serving as CEO of Abarth and President of SEAT before taking on the CEO role with Renault in July, 2020. During his time at Fiat, de Meo was a driver behind the successful revival of the Fiat 500 and believes that bringing the Renault 5 (and possibly the Renault 4) into the new millenniumn will have the same positive effect. 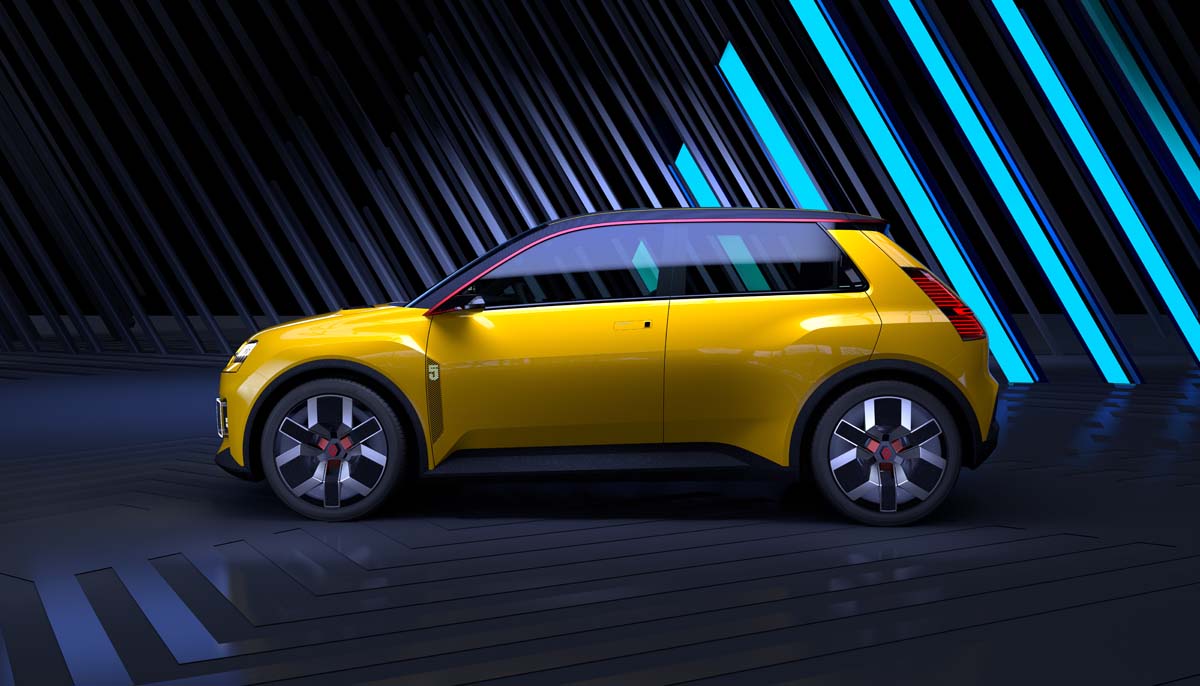 As the vanguard of the Renaulution plan, the Renault 5 Prototype pays tribute to one of the carmaker’s most successful models – the Renault 5, aka R5.

Launched in 1972, the Renault 5 was based partly on the previous Renault 4, but featured a monocoque body and an all-new design that combined compact exterior dimensions with a spacious interior. 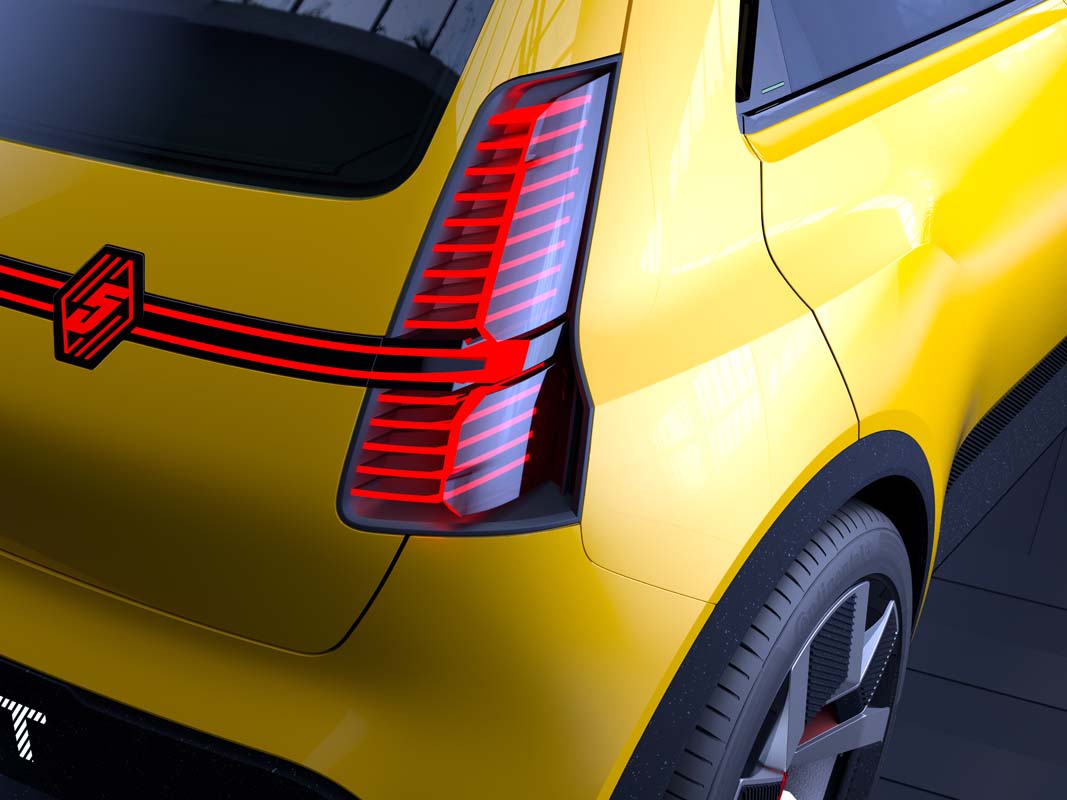 Arriving three years before the VW Golf, the 5 arguably started the hatchback market, as well as the ‘hot hatch’ performance market that followed when an Alpine version was launched in 1976.

A choice of engines, from 800cc to 1.4 litres, were offered across the Renault 5’s 25-year lifespan, driving the front wheels but mounted behind the gearbox. That gearbox was a four-speed initially, with five-speed and automatic versions following.

While the Renault 5 Prototype was inspired by the standard R5 hatch, its styling owes more to the R5 Turbo; a rally homologation special from the 1980s that moved the four-cylinder engine to the rear, driving the rear wheels and offering as much as 283kW. 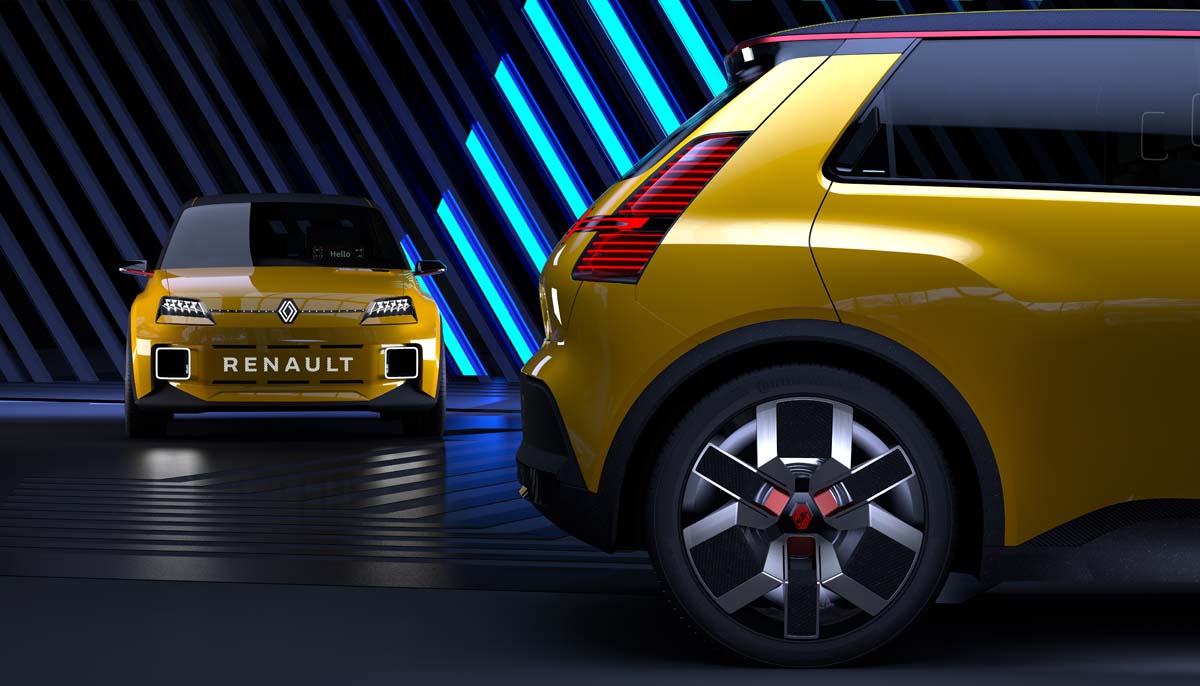 The Renault 5 Prototype design team, led by Gilles Vidal, say they’ve retained the “fun and mischievous character” of the original R5, but made it “fit for the future with a 100 per cent electric twist”.

“The design of the Renault 5 Prototype is based on the R5, a cult model of our heritage. This prototype simply embodies modernity, a vehicle relevant to its time: urban, electric, attractive,” said Vidal. 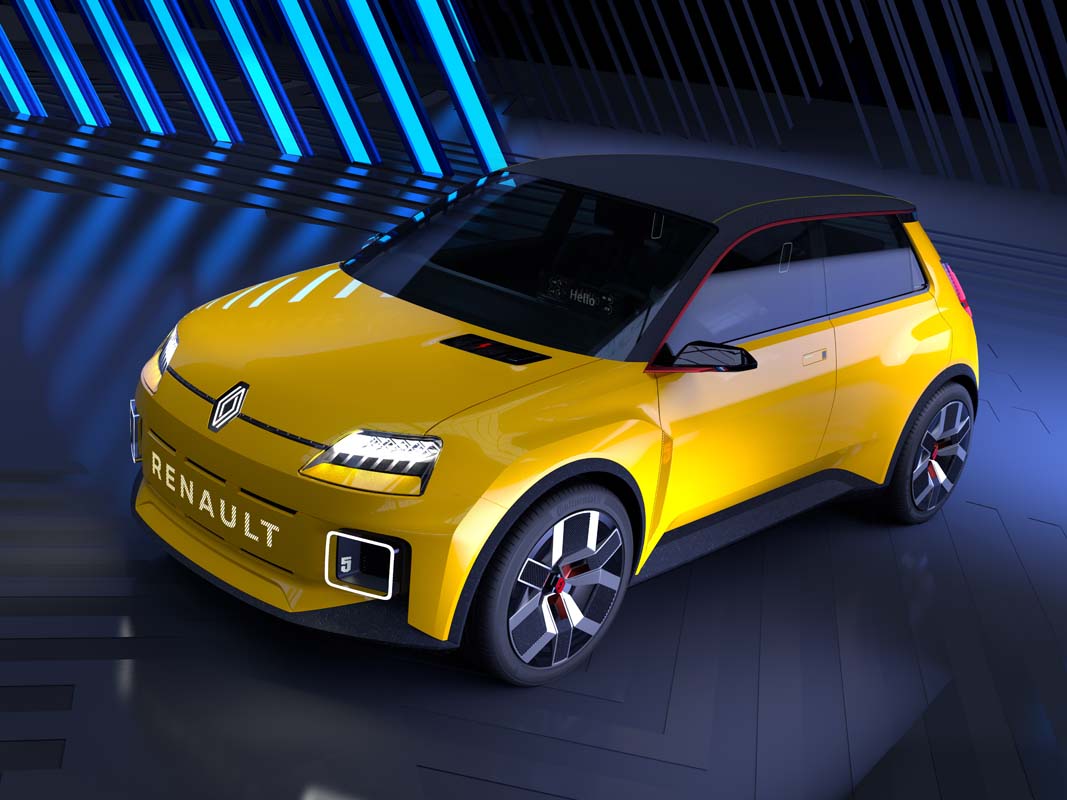 Much larger than the original R5, the 5 Prototype brings new functions to the original’s styling features, like the electric charge port on the bonnet’s air vent and DRLs in place of fog lamps.

While a launch date, specifications and pricing for the production version of the Renault 5 Prototype have yet to be revealed, Renault will delve into individual elements of the electric concept's styling in a series of online videos, starting with the headlight design.

Australian release of the electric Renault 5 is unlikely.