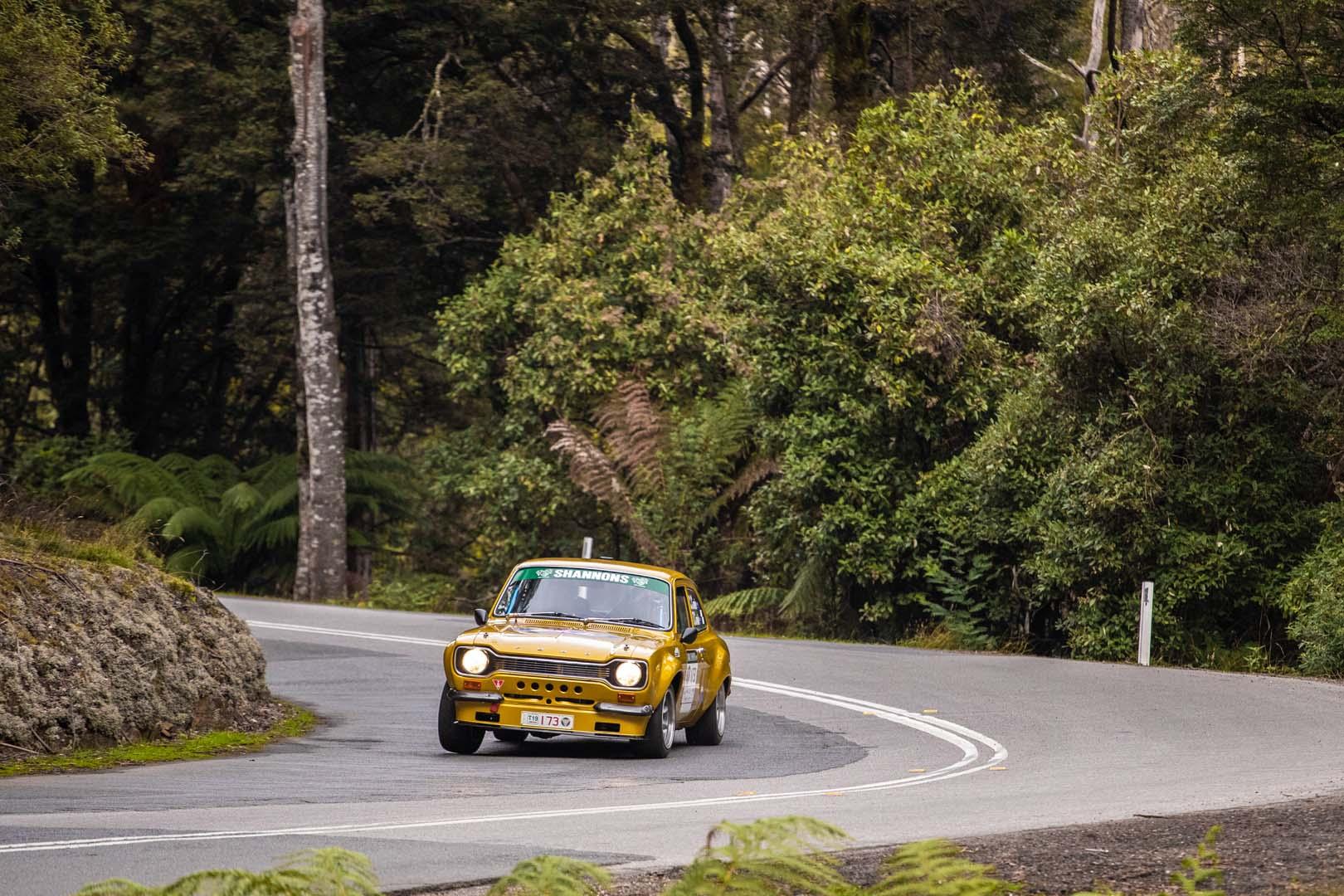 Paul Stokell has added another win to his long resume of motorsport success with outright victory in this year’s Targa Tasmania.

After past Targa Tasmanias have been won by the likes of a Lamborghini Gallardo, Porsche 911, Nissan GT-R and Dodge Viper ACR, the Lotus has come to the fore recently, threatening the established brands with a 2-3 finish at last year’s inaugural Targa Great Barrier Reef, so they were expected to be at the pointy end in Tasmania.

Stokell’s navigator this year was Kate Catford, who is equally experienced, having partnered Tony Quinn in previous years and navigated at State-level rally competition. 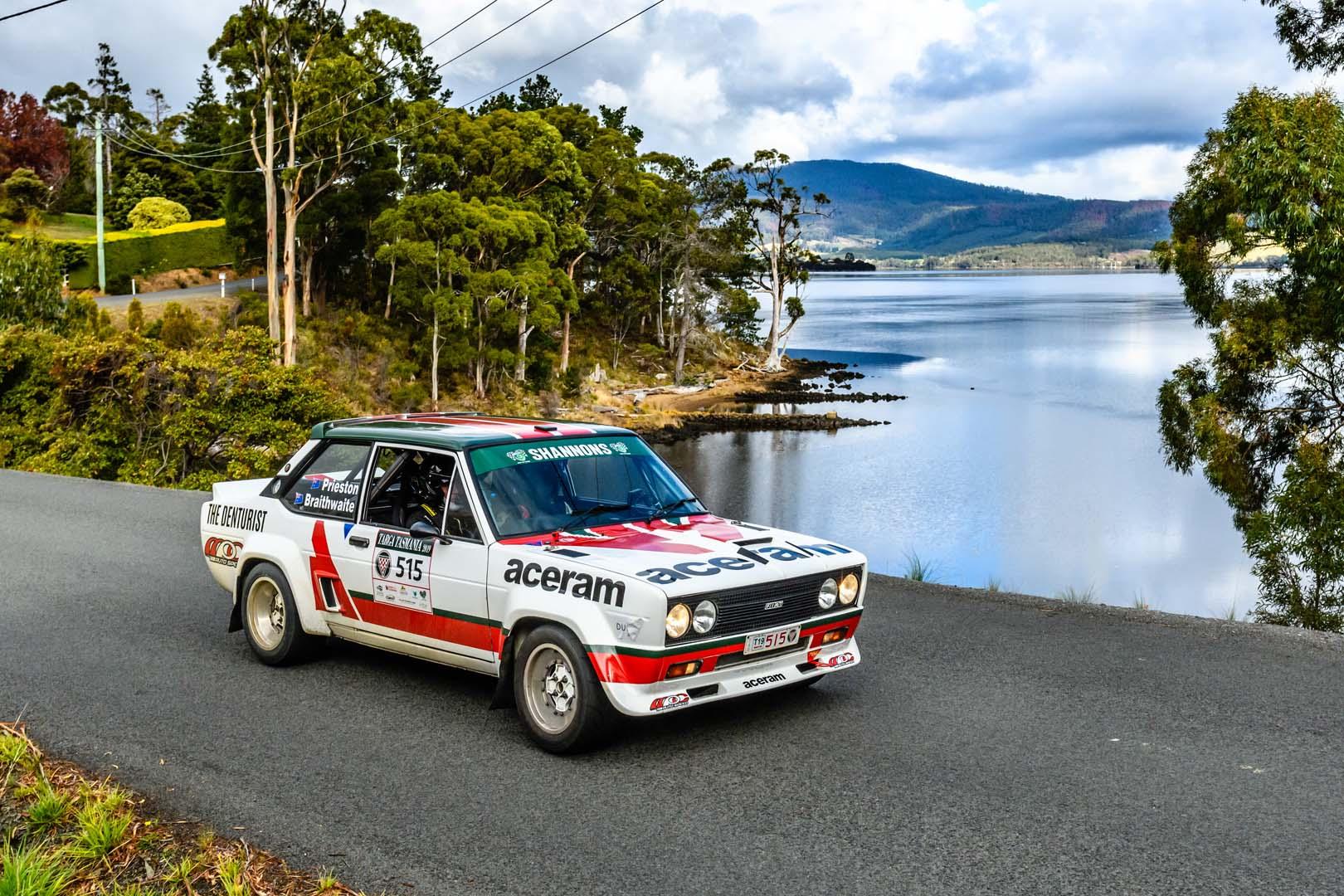 Tight at the Top

The opening day of the six-day event finished with Glenney holding the slimmest of leads – 1 second - over White, who ran most of the day’s short sections with an engine that was only firing on half its cylinders. It was a good result for Glenney, who was still acclimatising to the Lotus after running a Subaru WRX STi last year. Stokell and Close were equal third.

Day 2 saw further dramas for the Whites, with electrical issues leading to a late arrival into the lunch stop. The 10-minute penalty for this saw them tumble to 87th on the leaderboard and essentially knocked out of contention for the overall win.

Glenney was the main beneficiary of this, extending his lead to 24 seconds over new second-place holder Close. Pritchard edged forward to third overall, while Stokell fell into the clutches of Eddie McGuire and Michael Potter (Dodge Viper ACR).

At the end of Day 3, Close had seized the overall lead after Glenney went off the road close to the finish of the Elephant Pass stage. Having dropped out of last year’s Targa in similar circumstances, Close could empathise with Glenney’s retirement, but nonetheless welcomed the leading position and 44-second buffer over Pritchard, making it a Porsche 1-2 at the midpoint of the rally.

Stokell remained in touch, though, 11 seconds adrift of Pritchard, while four consecutive stage victories on Day 3 moved White from 87th to 34th overall, but still more than 9 minutes off the lead. 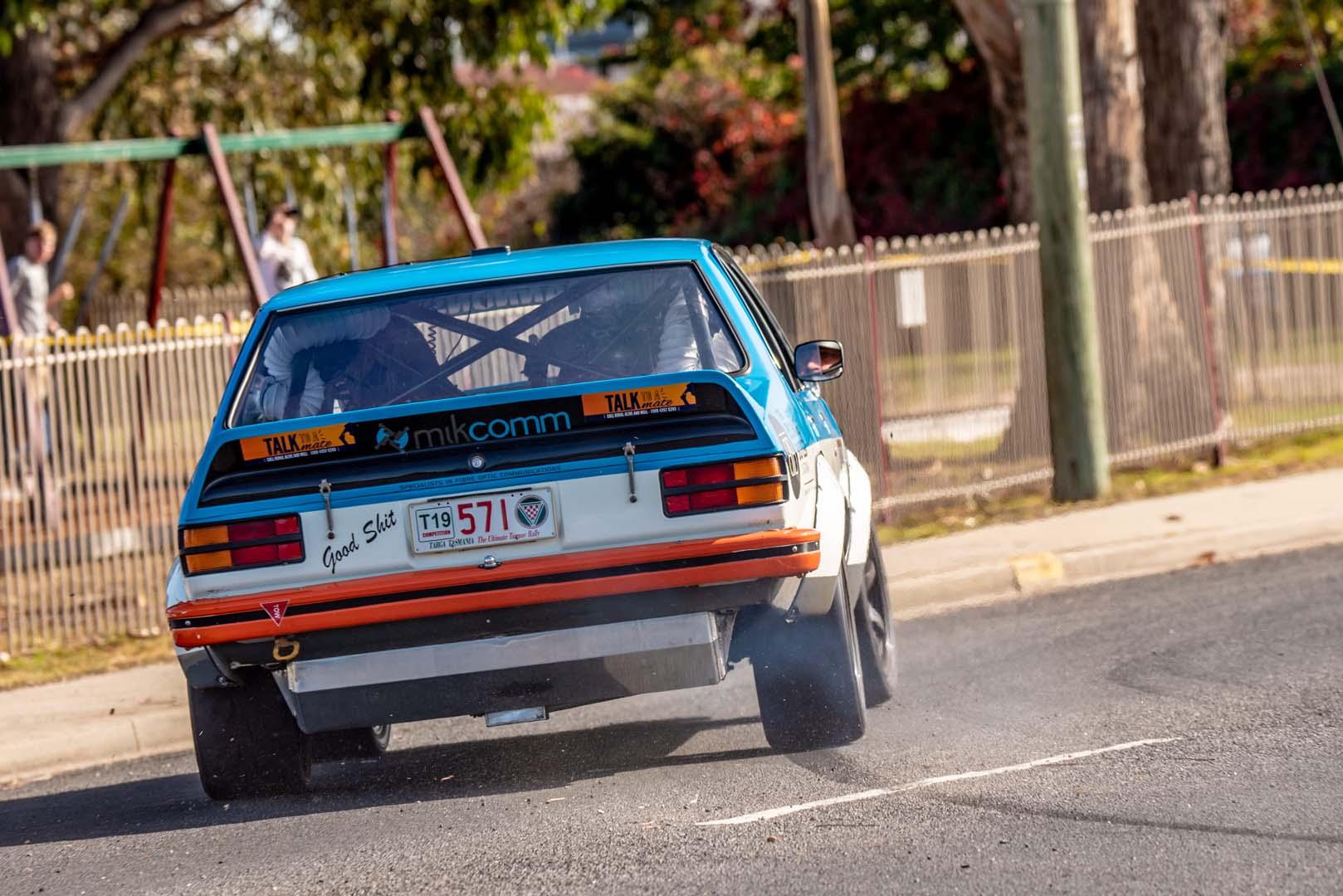 Day 4, the longest day of the 2019 Targa Tasmania, was also the most eventful.

The day’s six competitive stages, totalling more than 130km, would be tough enough in good conditions, but fog and rain made the roads treacherous. Pritchard would be one of many to fall victim to this, hitting the barriers on the opening Castra stage.

Close started to suffer transmission problems early on Day 4, with the weather prompting further caution. New outright leader Stokell didn’t have it easy, either, experiencing electrical problems in his Lotus, but enjoying the wet and managing to take the overall lead.

More rain on the penultimate day played to Stokell’s strengths, so he extended his overall lead, while Close fell back to third, unable to match the leader’s pace and now focused on just completing the rally.

The new second-place holder at the end of Day 5 was Angus Kennard and Ian Wheeler (Nissan GT-R R35), who finished 2 minutes and 16 seconds behind the Stokell/Catford Lotus.
Going into the final day, Stokell was cautiously confident, declaring he wouldn’t be doing anything silly and it was all about maintaining a lead, rather than extending one. Those behind must have been of the same mindset, as Stokell’s winning margin in Dutton Garage GT2 and the overall - after six days and more than 2,000km – was 2 minutes and 55 seconds.

Runners-up Kennard and Wheeler won the Classic Throttle Shop GT4 category, while Close/Reeves held on to finish third overall, more than 1m30s ahead of the Morton/Nicoli Lotus Exige.

The Ireland/Binns Dodge Viper was 15 seconds further behind in fifth, while the similar machine of Maguire/Potter tied with the Audi TTRS of Dowie/Marquet for equal sixth. The Whites eventually finished 22nd overall.

“The conditions we had - we went from icy roads that were so slippery that you could hardly stay on them, to high grip, high speed stuff - you’ve got to adapt pretty quickly,” Stokell said after his breakthrough win.

“To win a circuit racing championship you can never take it away, but this means a lot.”

Catford was equally rapt to take her first Targa Tasmania victory: “This is very special and has long been a dream of mine. In the wet conditions it took a lot of focus to get through safely. Paul really drew on all his experience in the wet.” 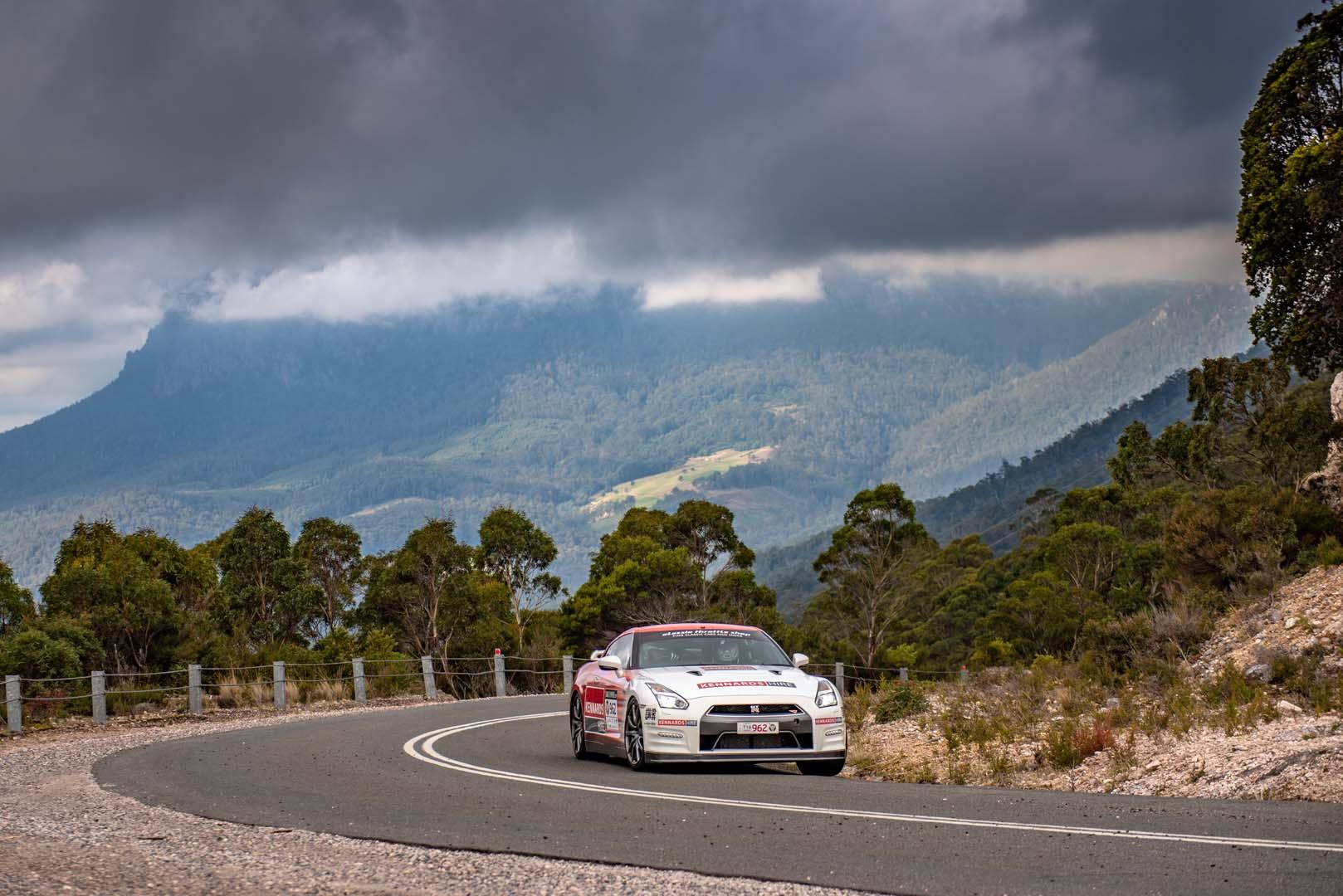 Outside of GT2 and GT4, other class winners included:

For full results and details on upcoming Targa events, go to: targa.com.au 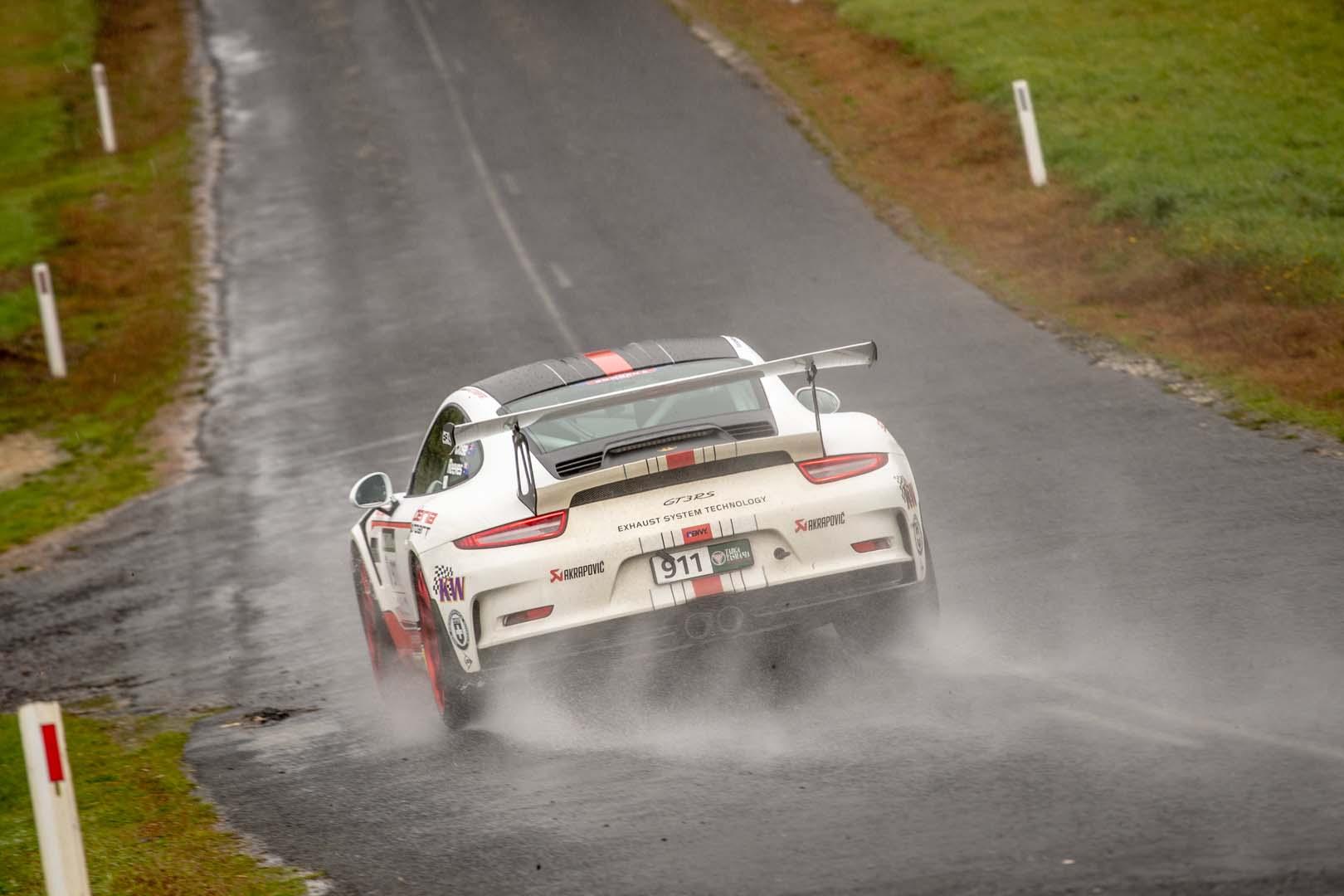 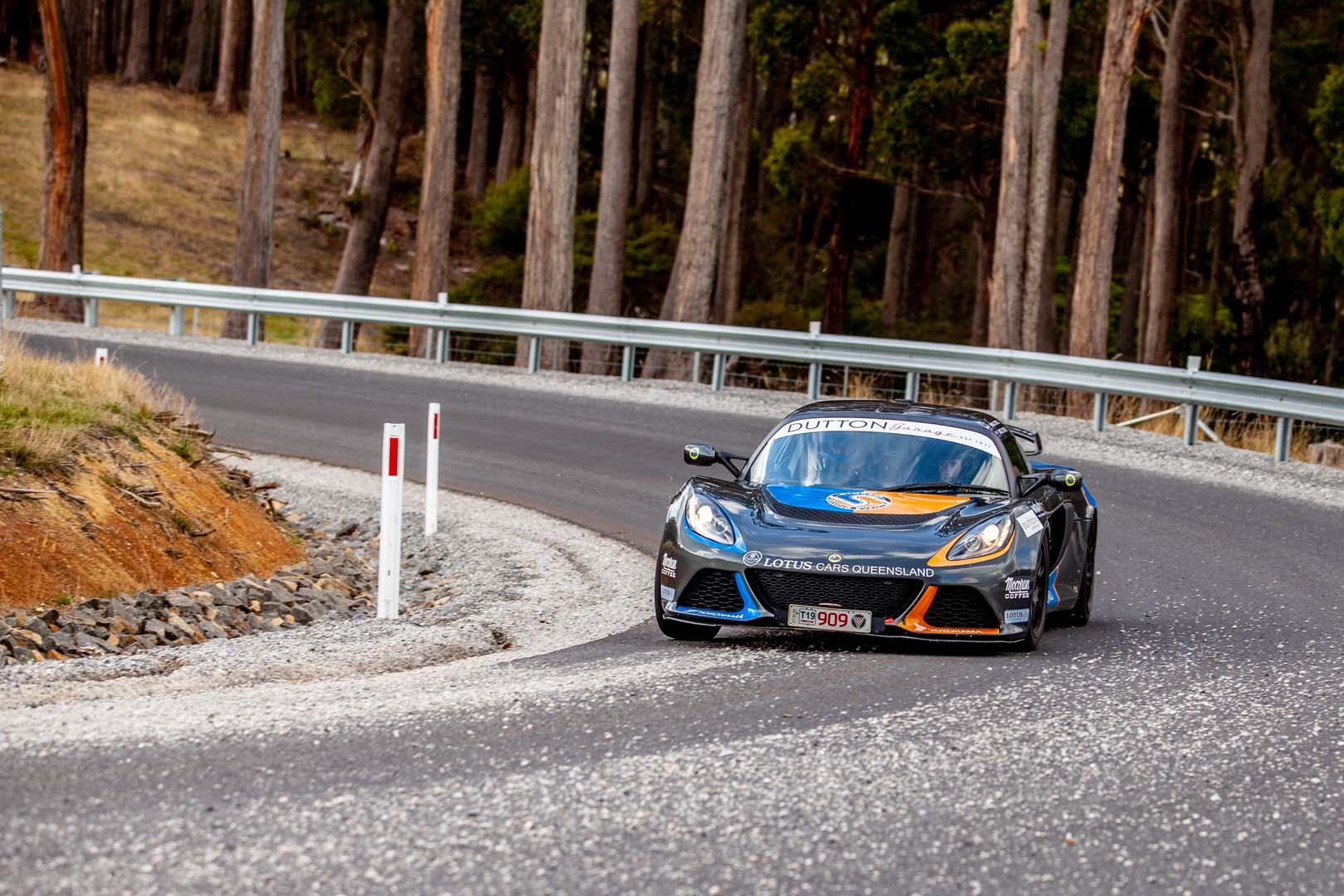