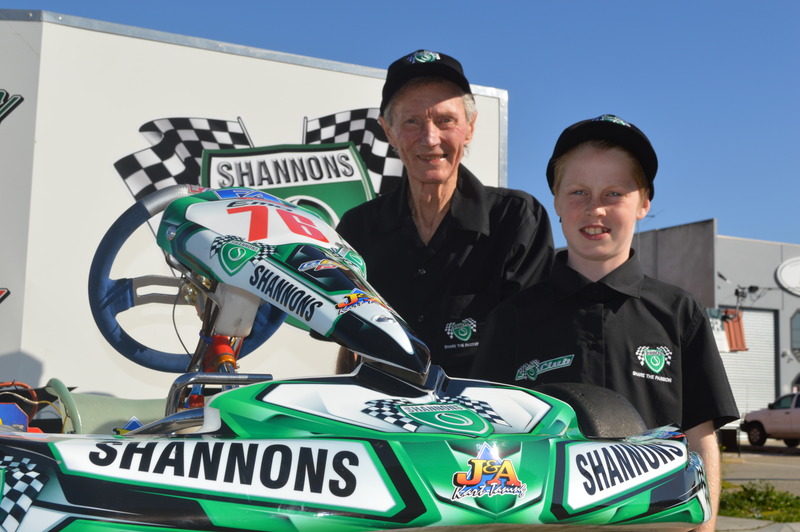 The eleven-year-old from Victoria is a 4th generation racer, following in the footsteps of his famous grandfather John Harvey, 1983 Bathurst winner and Holden legend.

Given the family DNA, Emerson's grandpa expects the latest generation Harvey has the potential to be a champion.

"I'm thrilled that Shannons are behind Emerson, it's encouraging that such a big corporate company recognize the value in supporting the sport at this grass roots level where it all begins," said John Harvey.

Mark Behr, Marketing Manager of Shannons Insurance, adds, "We are very pleased to be supporting Emerson. It's important that we look after young talent and we've demonstrated that over the years with the Shannons Supercar Showdown, while also recently recognizing our past champions like his grandfather, John Harvey as part of Shannons Legends of Motorsport.

"I'm sure Emerson has a great future ahead of him and Shannons are proud to support him."

At the mid-point of the 2014 season, Emerson leads his club championship, and will compete at the Victorian Closed Titles, Junior Sprint Classic, Australasian Kart Titles and the prestigious invitation-only QLD 'Race of Stars' which coincides with Indy on the Gold Coast.

Emerson carries his grandfather's racing number - 76 - and is especially excited about hitting the track in the Shannons colors complete with chequered flag!

Connect with Emerson on the Shannons Club at: www.shannons.com.au/club/enthusiasts/Emerson76/garage/ 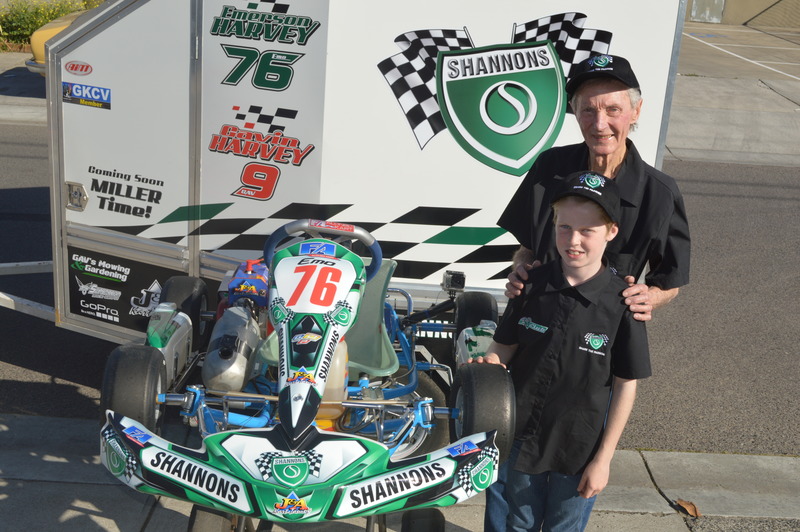