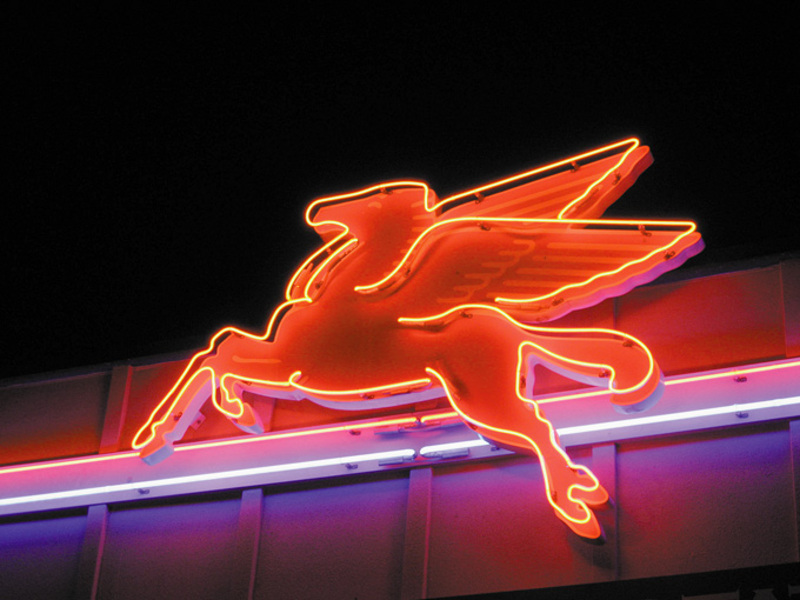 The most significant private collection of neon and other garage signs and petrol pumps to come onto the Australian market for many years will be auctioned in Brisbane by Shannons on April 20. Billy's Service Station, the private treasure trove of automotive memorabilia assembled by Queensland enthusiast Greg Kowplos over the past 30 years, is being cleared to facilitate his move to the Gold Coast. Kowplos rebuilt his Brisbane garage nine years ago into a full-size replica of the iconic 1930s-style American service station -'Billy's Service Station' - that has become a major tourist attraction in California, where it has become the centrepiece of a time-warp Art Deco streetscape.

Into Brisbane's 'Billy's' went Kowplos's vast and growing collection of old pumps, signs and other garage items that he has been collecting as a hobby since the late 1970s. "I used to travel to the Daytona 500 every year and always came back with something," said Kowplos. "It was as a hobby, but eventually it got out of hand. I couldn't move in my garage and I needed somewhere to put it. Then I saw Billy's and I decided to create a similar Service Station here." Since it was completed in late 1999, 'Billy's' has become a must-visit destination for thousands of enthusiasts, from leading V8 Supercar drivers to automotive collectors, while it has also been the venue for weddings and other celebrations.

The items being auctioned by Shannons span more than 150 lots, ranging from restored American and Australian petrol bowsers, to reproduction neon garage signs and a vast array of Australian and American signs. Amongst the more unusual items for sale are a superb 1924 'Fry Red Crown' manual petrol pump that was nicknamed the 'Mae West' in its day because of its voluptuous, curved shape. Another is a 1937 Wayne Model 60 pump restored as a Gilmore Red Lion that looks more like a jukebox than the plain bowsers we are familiar with today. Amongst the custom-made neon signs, outstanding examples are the lurid green Polly Gas parrot and the Mobil Pegasus - both of which are expected to attract bids around the $2,500 mark or more. 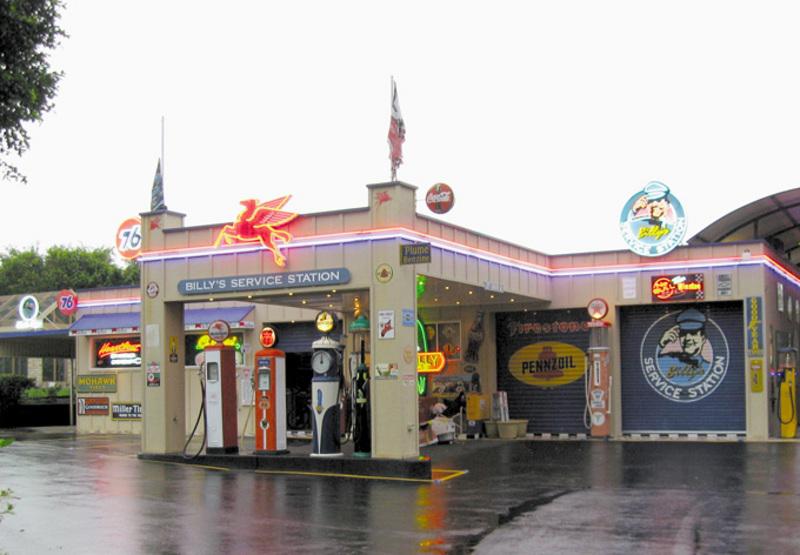