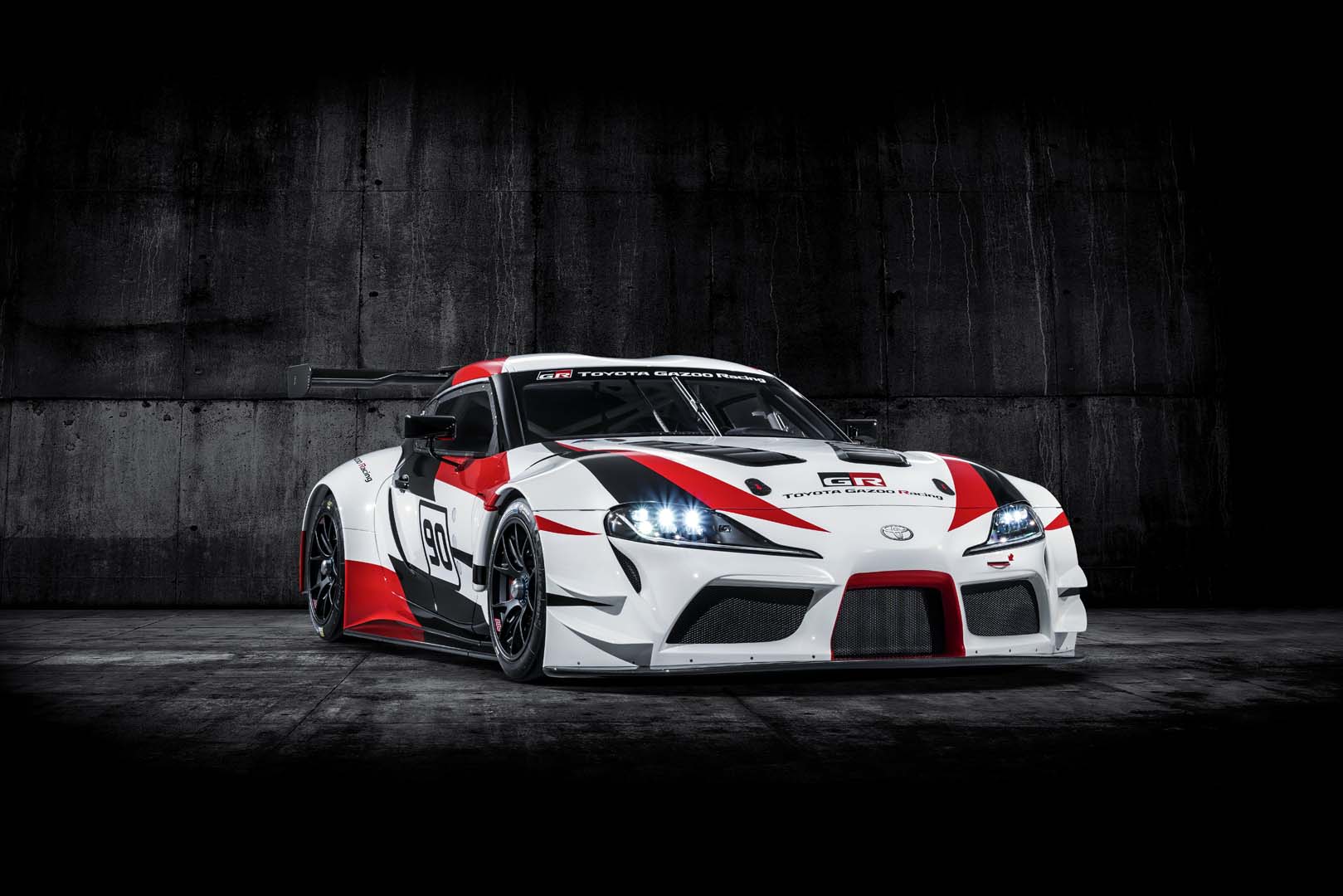 Racing concept previews return of two-door sports coupe, 2019 release likely
After some subtle and not-so-subtle hinting for the past few years, Toyota finally confirmed that the Supra sports coupe will return, following the unveiling of the ‘GR Supra Racing Concept’ at the Geneva International Motor Show in March

After some subtle and not-so-subtle hinting for the past few years, Toyota finally confirmed that the Supra sports coupe will return, following the unveiling of the ‘GR Supra Racing Concept’ at the Geneva International Motor Show in March.

The ‘GR’ in the name comes from Toyota GAZOO Racing; the international umbrella organisation for Toyota's global racing operations and producer of performance-focused GR-branded cars. 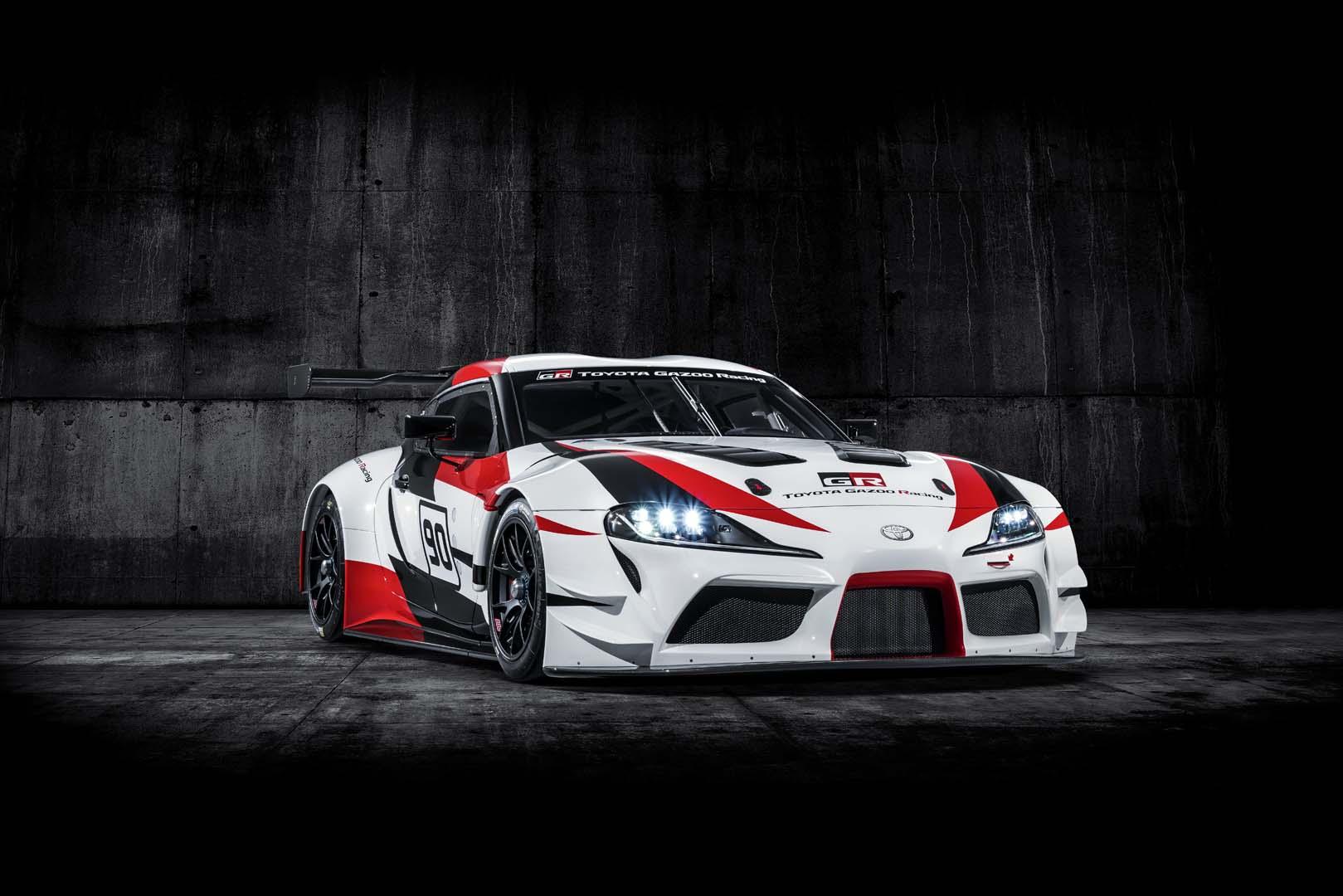 Underneath all its racing paraphernalia, like the rear wing and diffuser, front spoiler, flared guards, ventilated bonnet and various other aero add-ons, Toyota says the concept presented at Geneva will remain true to the Supra ethos of two-door, front-engined, rear-wheel drive performance. 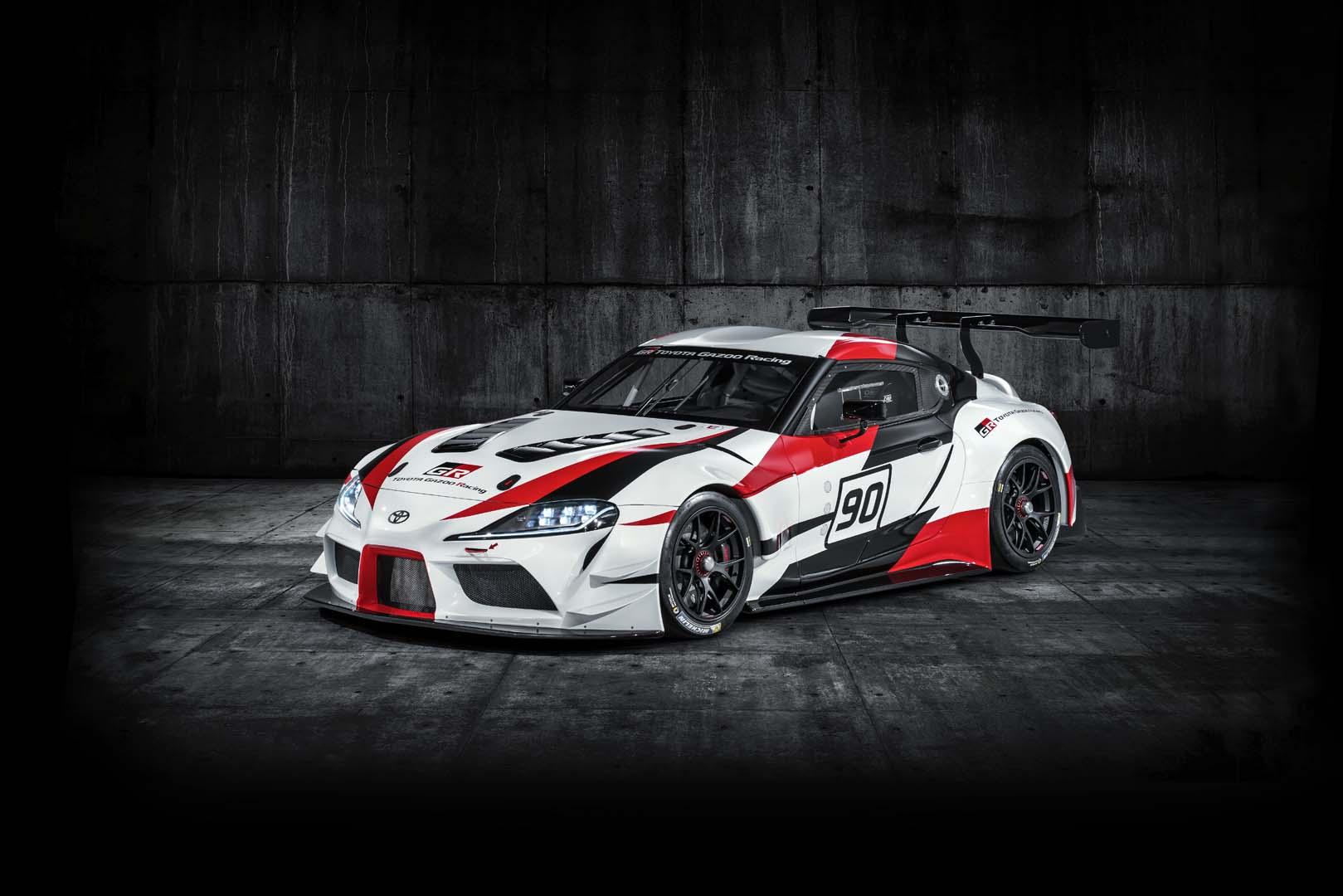 "Supra is one of the most beloved Toyota cars of all time and its nameplate continues to command enormous respect," said Toyota Australia's vice-president sales and marketing, Sean Hanley, in response to the unveiling of the concept. "There has been huge public interest in a modern revival of the Supra legend - and this concept points to a sports car deserving of the famous name.” 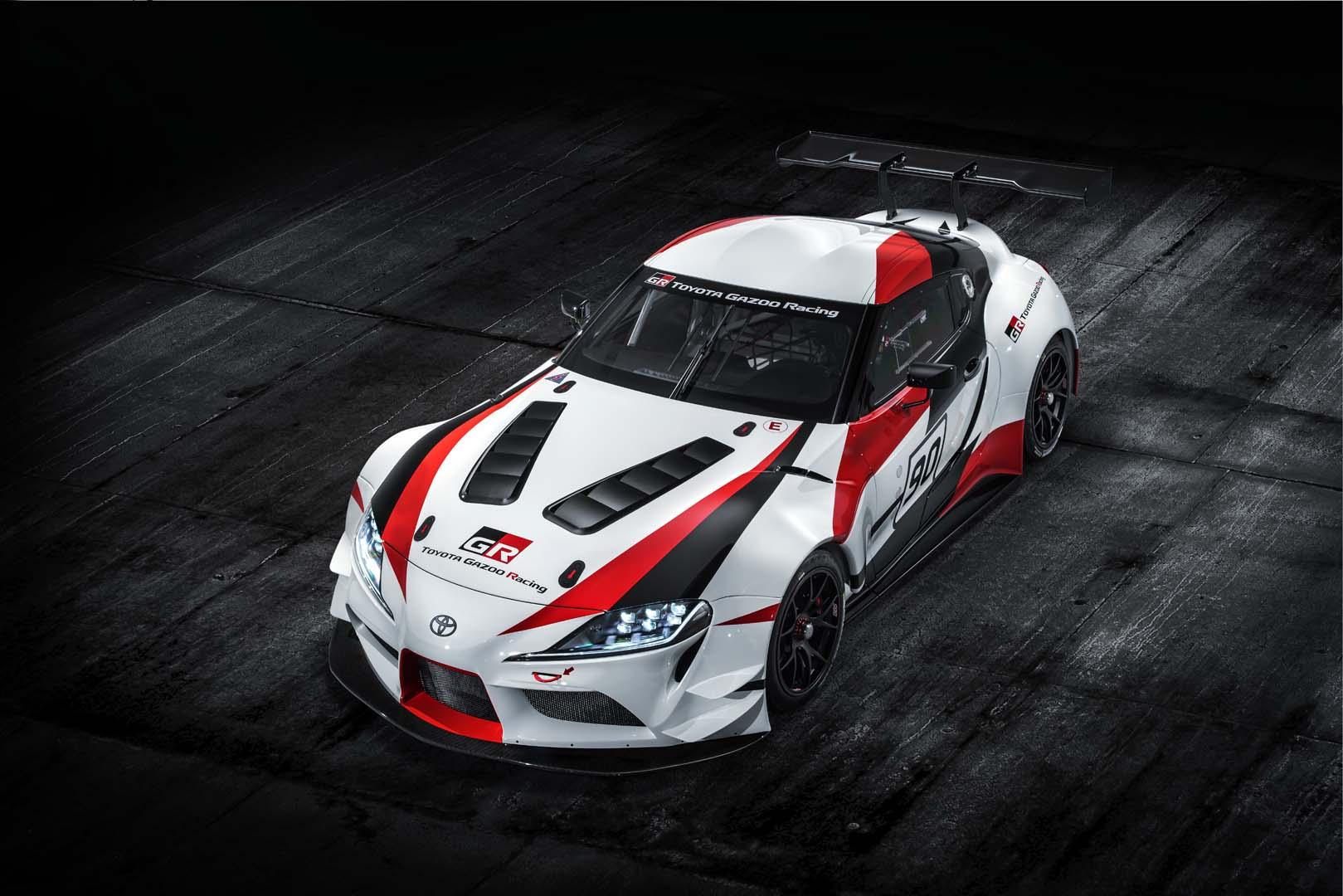 If the new Supra follows the template set by the ‘C-HR Racing’ concept presented at Geneva in 2016, the production version should follow in a year, so a 2019 release is likely. However, Australian availability has yet to be confirmed.

Revival Story
When it arrives, the new Supra will be the fifth – aka ‘A90’ - generation to carry the nameplate, but the first new Supra in 17 years.

What started with the Celica-derived A40 series in 1978 soon established its own identity, fuelled by competition success in its native Japan, as well as the US and Europe. 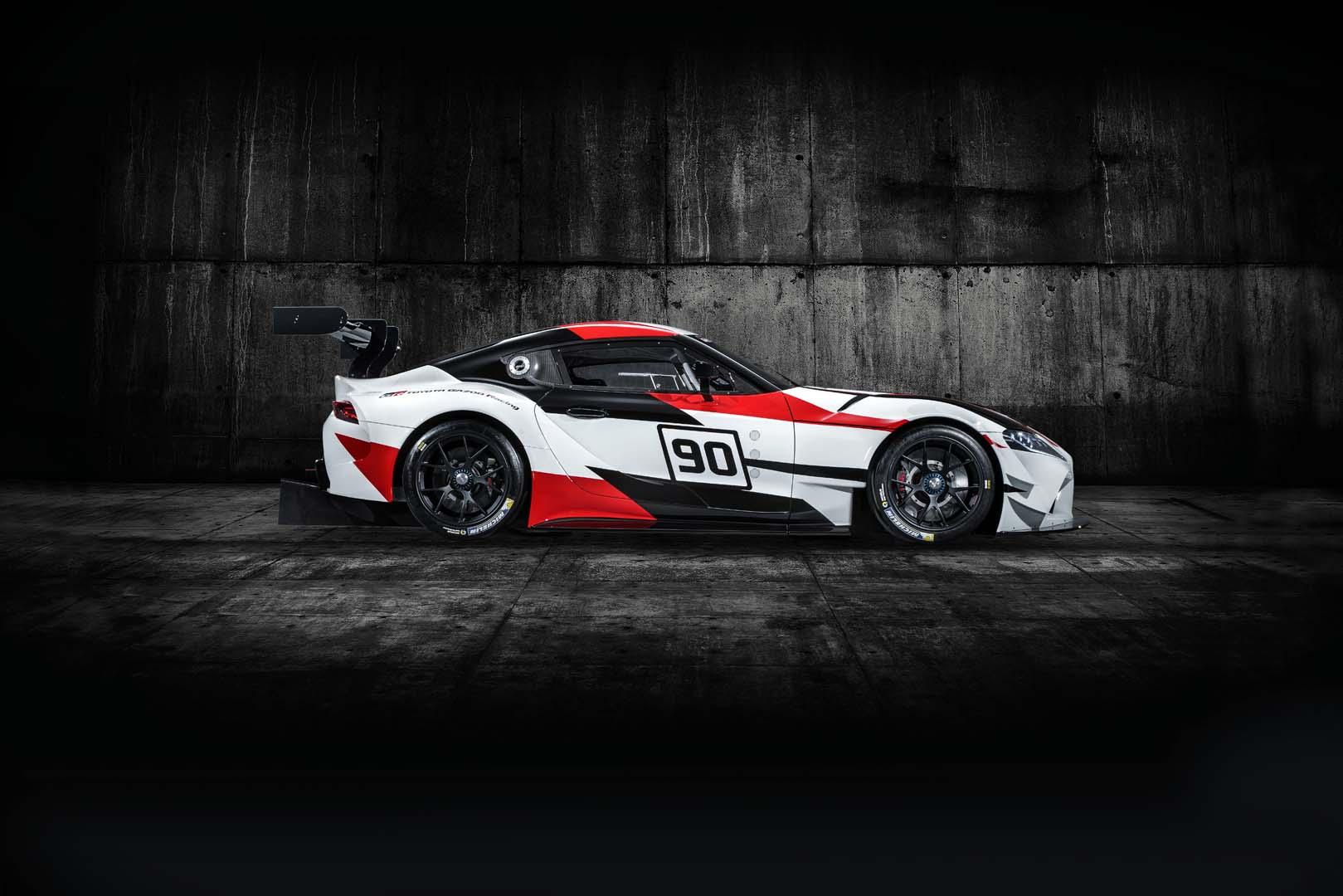 Throughout the ’80s and ’90s, the Supra was the only true sports car in Toyota’s range, with the most recent A80 version boasting a twin turbo six for some markets and gaining a degree of immortality thanks to its appearance in the first film in the Fast & Furious franchise.

Australia first received the Supra in its second-generation A60 form in 1983, with local sales continuing until the nameplate was retired in 2002. That most recent, fourth-generation version was the most powerful Toyota model offered here at the time. 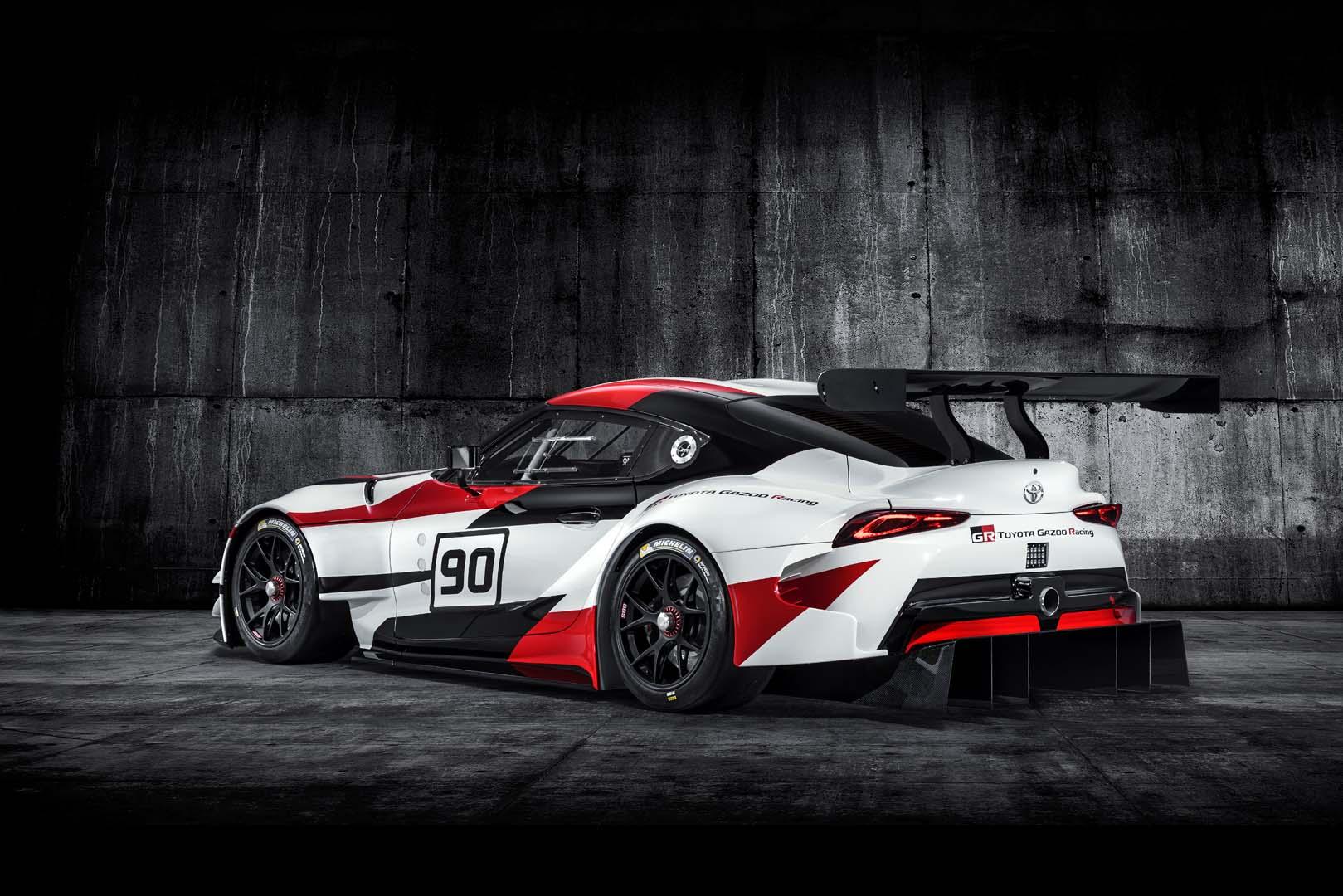 After the Supra was discontinued, a series of concepts and design studies started the rumour mill that the two-door sports coupe would return. The strongest hint came in the form of the ‘FT-1’ concept from 2014, with more clues dropped when Toyota renewed the Supra trademark in the US in the same year, then in Europe in 2016. 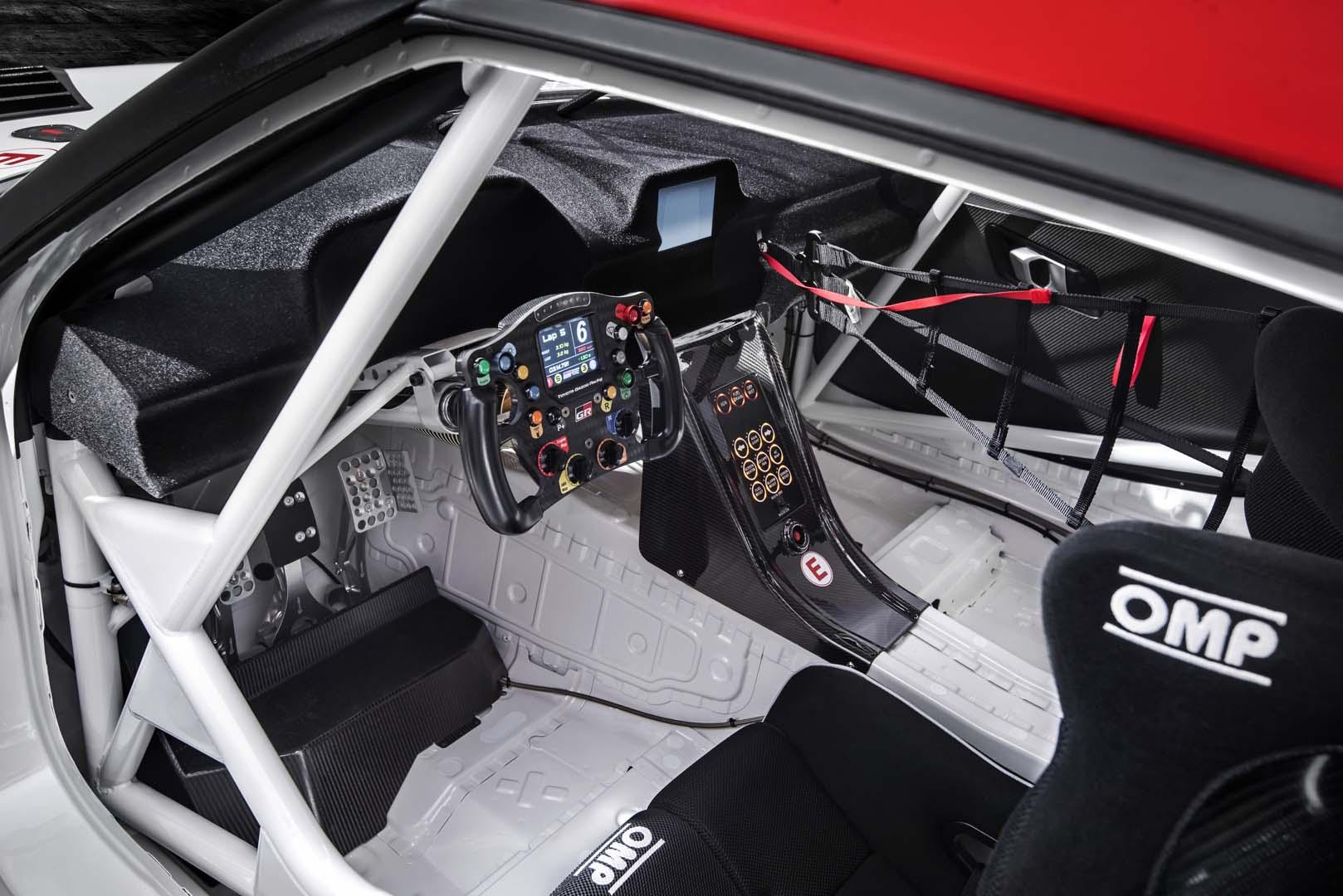 Sharing the Load
Why Toyota are bringing the Supra back now – after more than 15 years - is something of a mystery, as sports cars are not big sellers in the modern market and Toyota’s own smaller sports model, the 86, is not a huge money-spinner either globally or locally (it was easily outsold by the Mustang in this country last year).

As such, a larger alternative is unlikely to generate more business, but in the context of the local market, a new Supra would be a closer competitor to the Mustang. 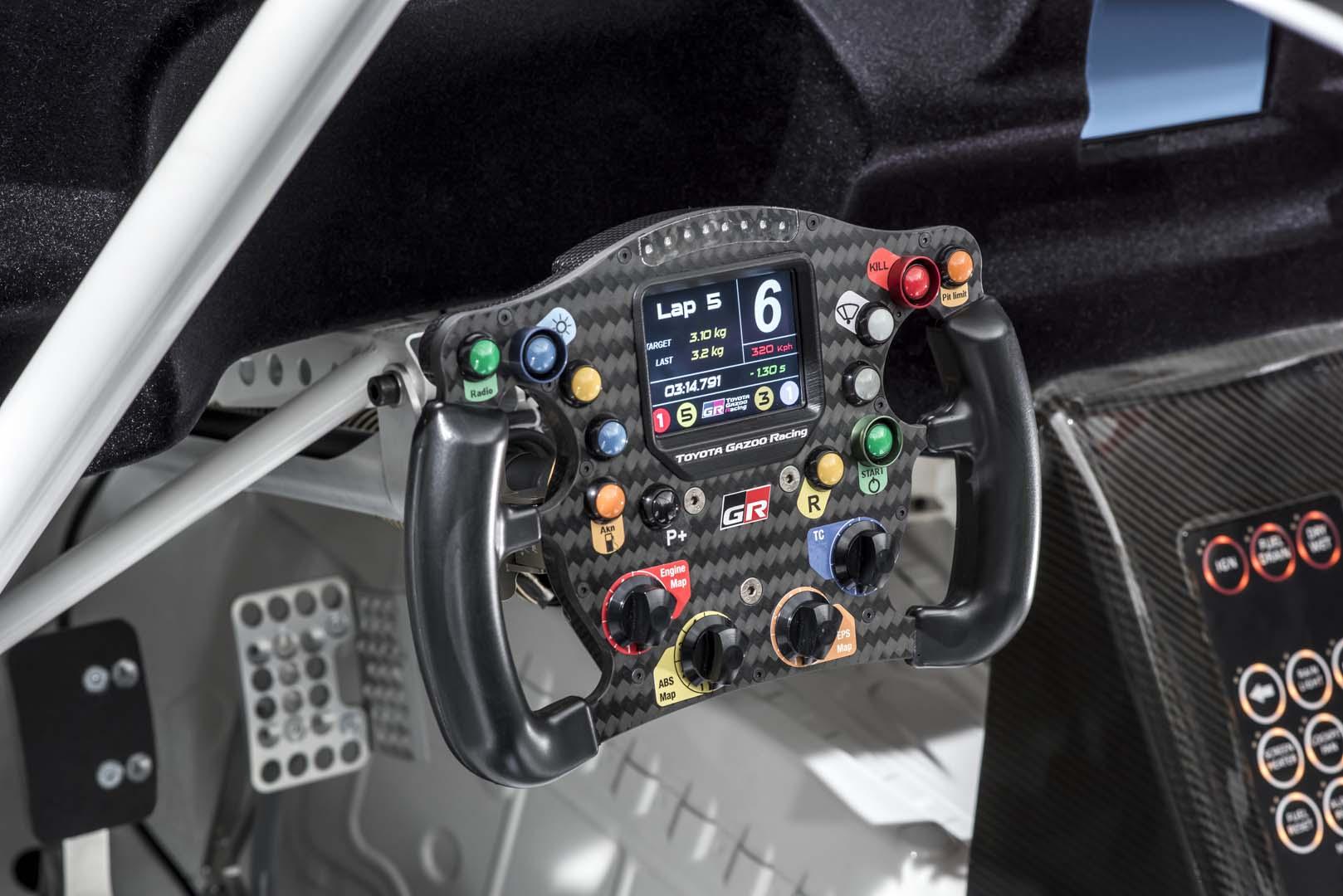 Helping to offset the cost of producing a model for what’s a specialist/enthusiast market is the fact that development and engineering will be shared with BMW; the German carmaker to use their input to develop a new-generation Z4 off the same platform.

Following the GR Supra concept’s presentation, it’s been revealed that development work between the two companies started back in 2012.

The Toyota and BMW collaboration follows the pattern set with the 86/BRZ, which was a joint project between Toyota and Subaru. Without this sharing of resources – and costs – it’s unlikely the Supra would have been revived. 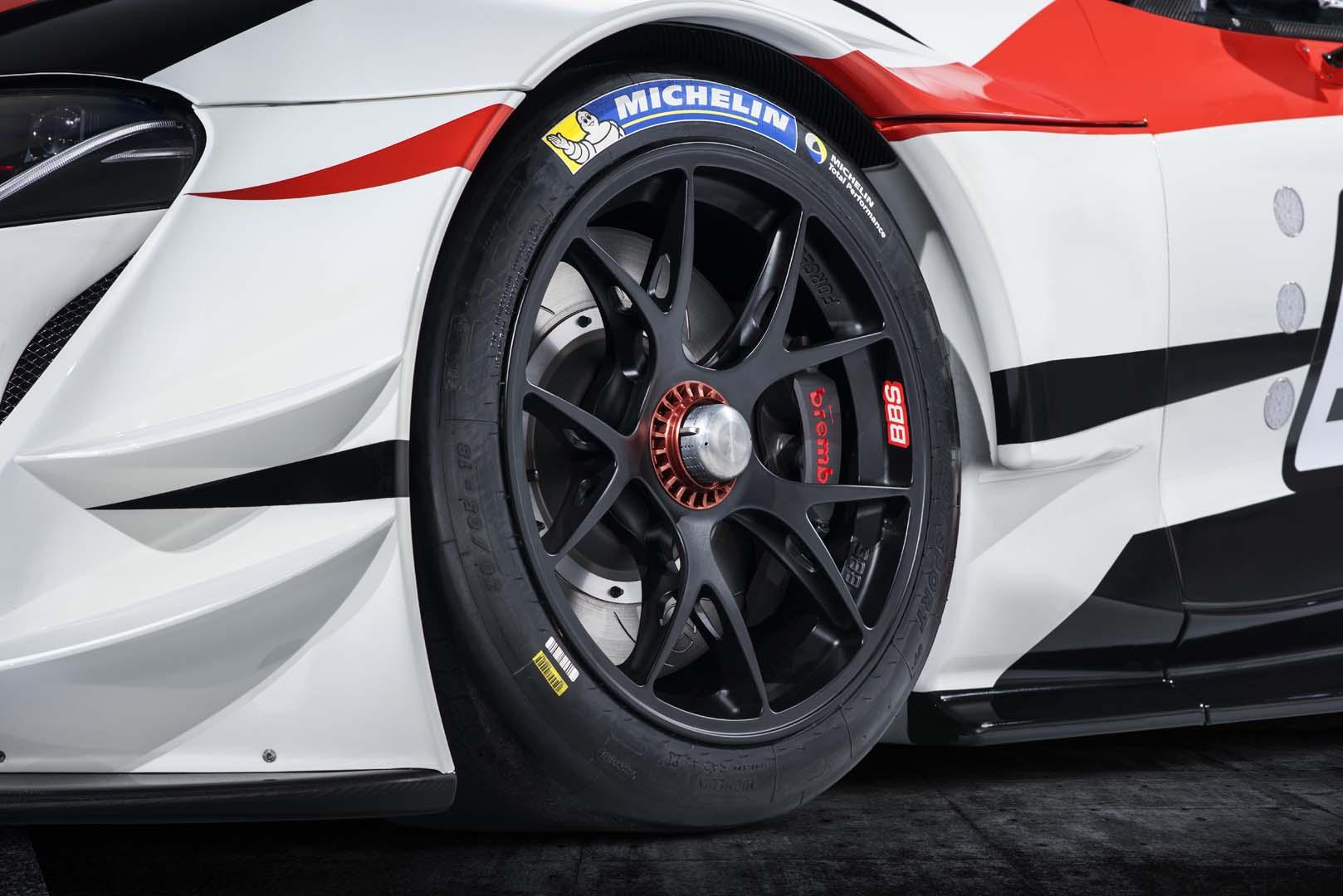 Strong, lightweight composite materials are used throughout the body and aerodynamic aids, including the front and rear bumpers, side skirts, bonnet, front splitter and rear diffuser, oversized rear wing and even the external mirrors. 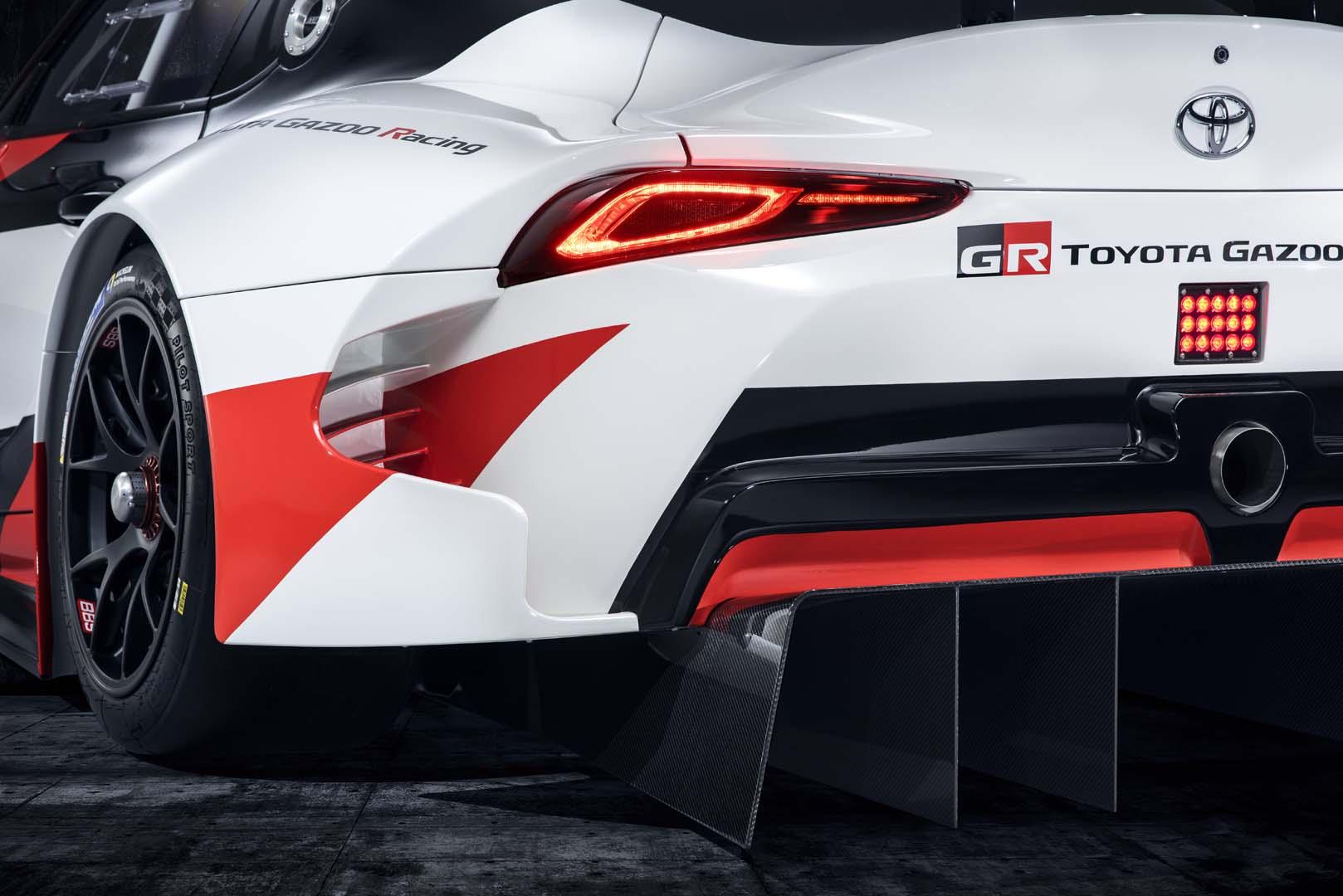 Continuing the racing theme, the windscreen and side windows are made of plastic. Underneath the bodywork, the concept's chassis features lowered front and rear suspension, while centre-lock BBS racing wheels are fitted with Michelin racing tyres and cover Brembo Racing brakes.

There’s no indication of powerplant yet (Toyota only says the concept carries a “racing exhaust”), but if it stays true to the last Supra, the engine will be a naturally-aspirated or turbocharged straight six, matched to a 6-speed manual transmission or 4-speed auto. 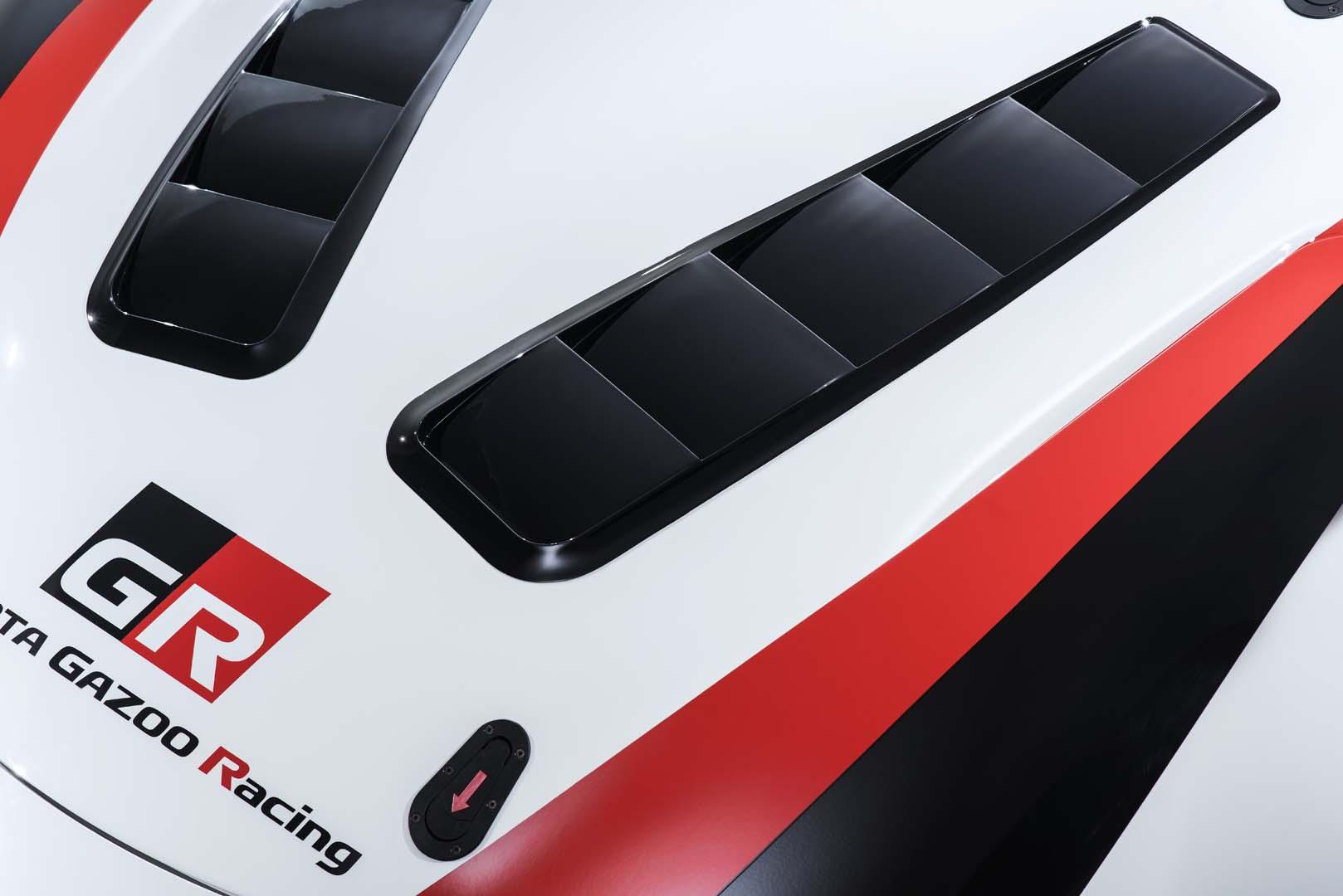 However, changing trends in both powertrains and, more importantly, emissions requlations may see the new Supra offered with four-cylinder engines or even a hybrid system.

Inside, the concept is just as purposeful as the exterior, with a full roll cage, fire extinguishers and carbon fibre-trimmed doors, while the fuel and brake lines, pedal box, battery and wiring looms have all been produced to competition standard. 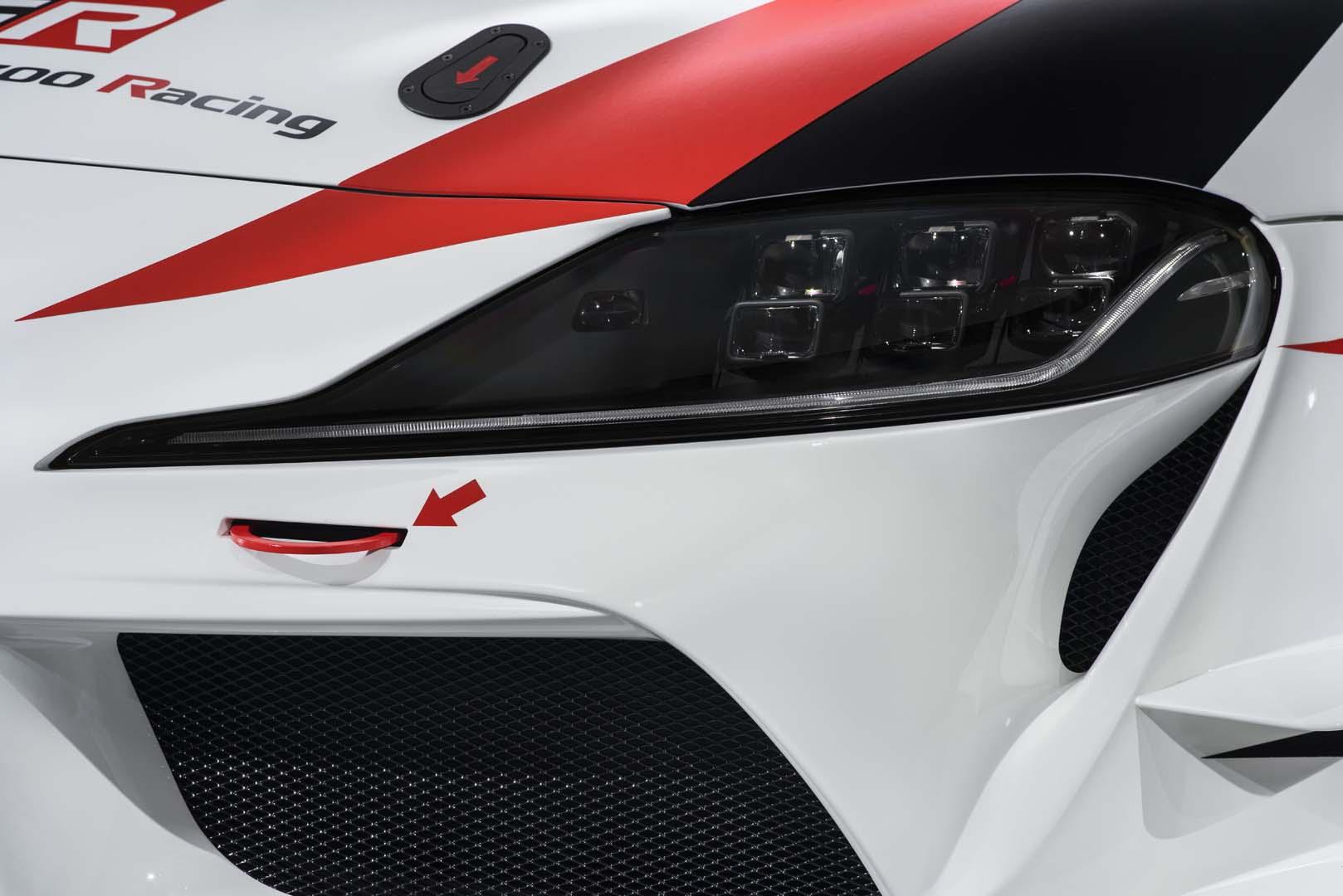 Race-spec instrumentation and an OMP driver's seat and safety harness also feature, with OMP also supplying a quick-release steering wheel equipped with paddle-shifters.
While the real life Supra is still some time away, the GR Supra Racing Concept will be available in virtual form much sooner, with the Toyota due to be added to the next update of the Gran Turismo Sport driving game, which is due for release in April.