Barn find GT RPO 83 hardtop is only one in Sogo Port Wine.

The appetite for classic Aussie muscle cars shows no sign of abating, with a 1973 Ford XA Falcon GT RPO 83 hardtop selling at auction for $276,009 after a similar model went for just over $300,000 last year.

The $300K car was the well-documented ‘Chicken Coupe’ XA Falcon GT hardtop that Grays auctioned last year. The price that the Chicken Coupe achieved, despite rust, rodent infestation and needing a complete restoration, prompted the owners of the car pictured to put it on the market with Gray, too. 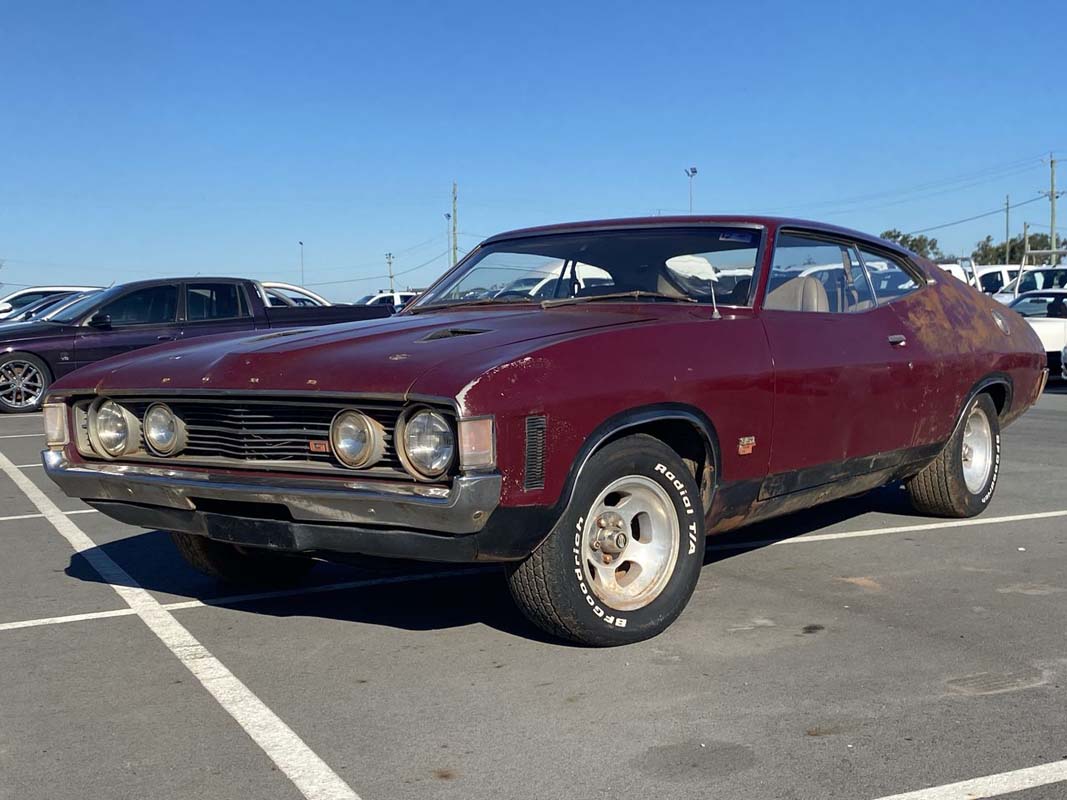 Like the Chicken Coupe, this XA GT hardtop was also located in Queensland and another one-owner car from new, with the same RPO 83 performance equipment.

Where it differed was in colour, options and condition. The Port Wine (also known as Sogo Port Wine) paint makes this particular XA GT unique, as no other XA Falcon GT hardtop was produced in this colour.

In terms of options, only the mandatory seat belts, a laminated tint-band windscreen and the RPO 83 ‘Performance Pack’ were fitted, but the latter is the most important, as the RPO 83 gear - a selection of repurposed performance parts from the abandoned GT-HO Phase IV - enhanced the GT’s standard 351 V8, 4-speed Toploader manual and 9-inch rear.

Built in 8/73 and sold new in NSW, this GT spent almost two decades there before it was taken off the road in 1991 and relocated to Queensland. Neither moved nor started for the past 20 years, the car has done well not to succumb to the elements, and appeared to be mostly free of rust and rot when it was consigned for Grays’ May Classic Car Auction. As consigned, the XA Falcon GT hardtop’s odometer read 98,909 miles.

Bidding on this car opened on 14 May and had exceeded $250,000 with one day to go. The final price was $276,009. While the Chicken Coupe was recently committed for restoration, the immediate future of this XA GT remains unconfirmed at time of writing.