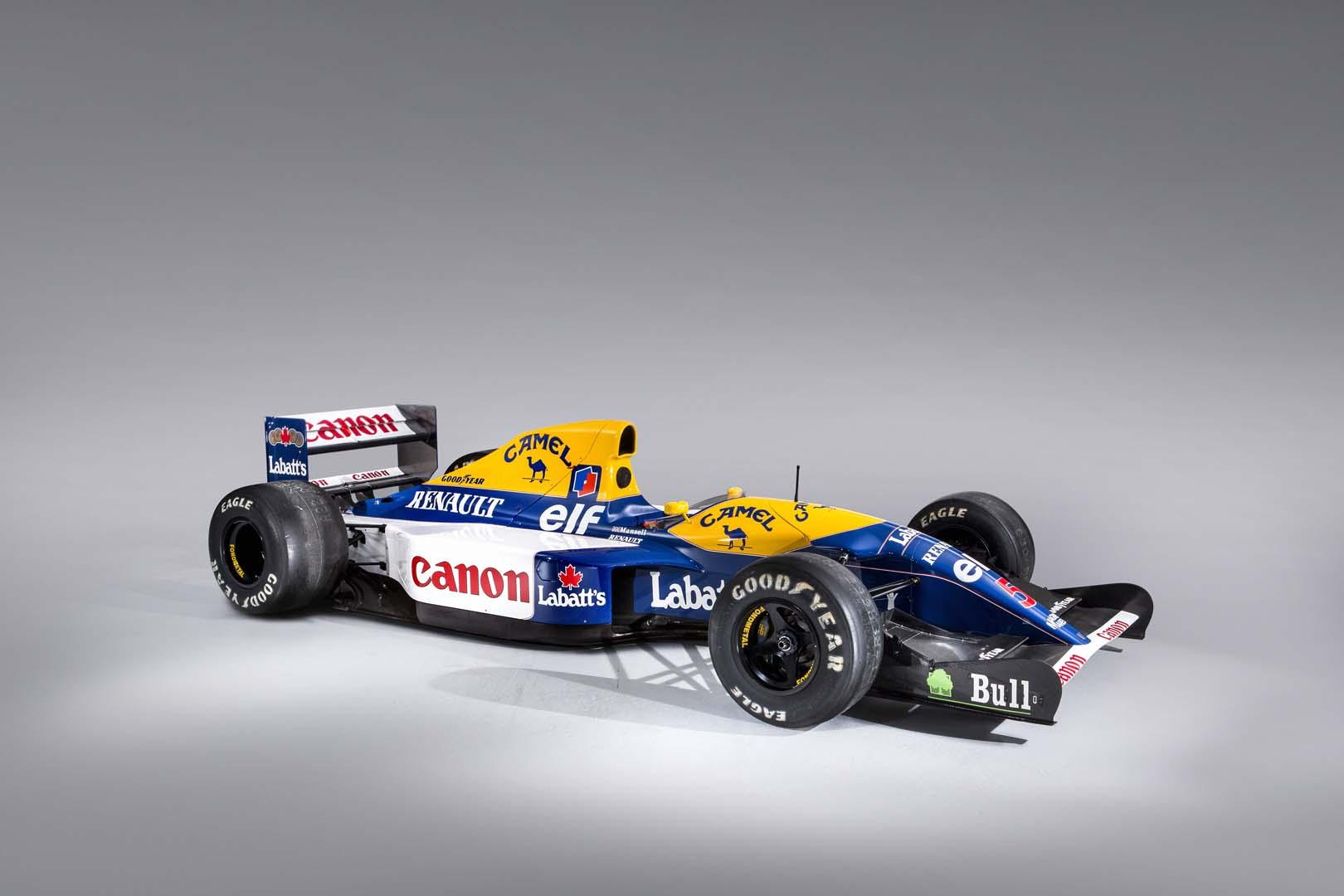 Bonhams’ annual Goodwood Festival of Speed sale on 5 July was another success for the auction house, with new records set and several lots exceeding their estimates.

Leading the way was a Williams-Renault FW14B Formula 1 racer, but not just any racer: this FW14B was a multiple race winner in 1992, with all the victories achieved by Nigel Mansell in his F1 World Driver’s Championship-winning year.

Designed by Adrian Newey, the FW14B was one of F1’s most advanced cars. Powered by Renault’s RS3 3.5-litre V10 engine putting out around 760hp (566kW), the FW14B featured a 6-speed semi-automatic transmission, ride-levelling active suspension and cutting-edge (for 1992) aerodynamics.

The car was fast from the off, achieving pole in the first five races, with Mansell converting those poles to race wins on each occasion. That winning streak set a new record for consecutive victories in a season and was only broken at Monaco, where Mansell qualified chassis #08 on pole, but would finish second in the race behind Ayrton Senna’s McLaren-Honda, with only a loose wheel nut preventing Mansell from making it six on the trot.

After the French Grand Prix, FW14B-08 was passed to Mansell’s Canon Williams team mate, Riccardo Patrese, who finished second in the British GP, put it on pole for the Hungarian GP and finished third in the Belgian GP. At the season-ending Portuguese GP, Patrese crashed in an incident with Ferrari’s Gerhard Berger, but the car suffered only minor damage.

Retired after the 1992 season, FW14B-08 remained in remarkably good condition, but prior to the auction, Bonhams commissioned former Williams technicians to go over the car: they confirmed it was in good running condition and “ready for continued duty”.

No pre-sale estimate was provided for FW14B-08, but a seven-figure sum was expected. At the Bonhams sale, the car soon became the subject of what was described as a three-way bidding war. The final hammer price of £2,703,000 (AU$4,838,400 approx.) was the highest price ever paid at auction for a Williams Grand Prix car. 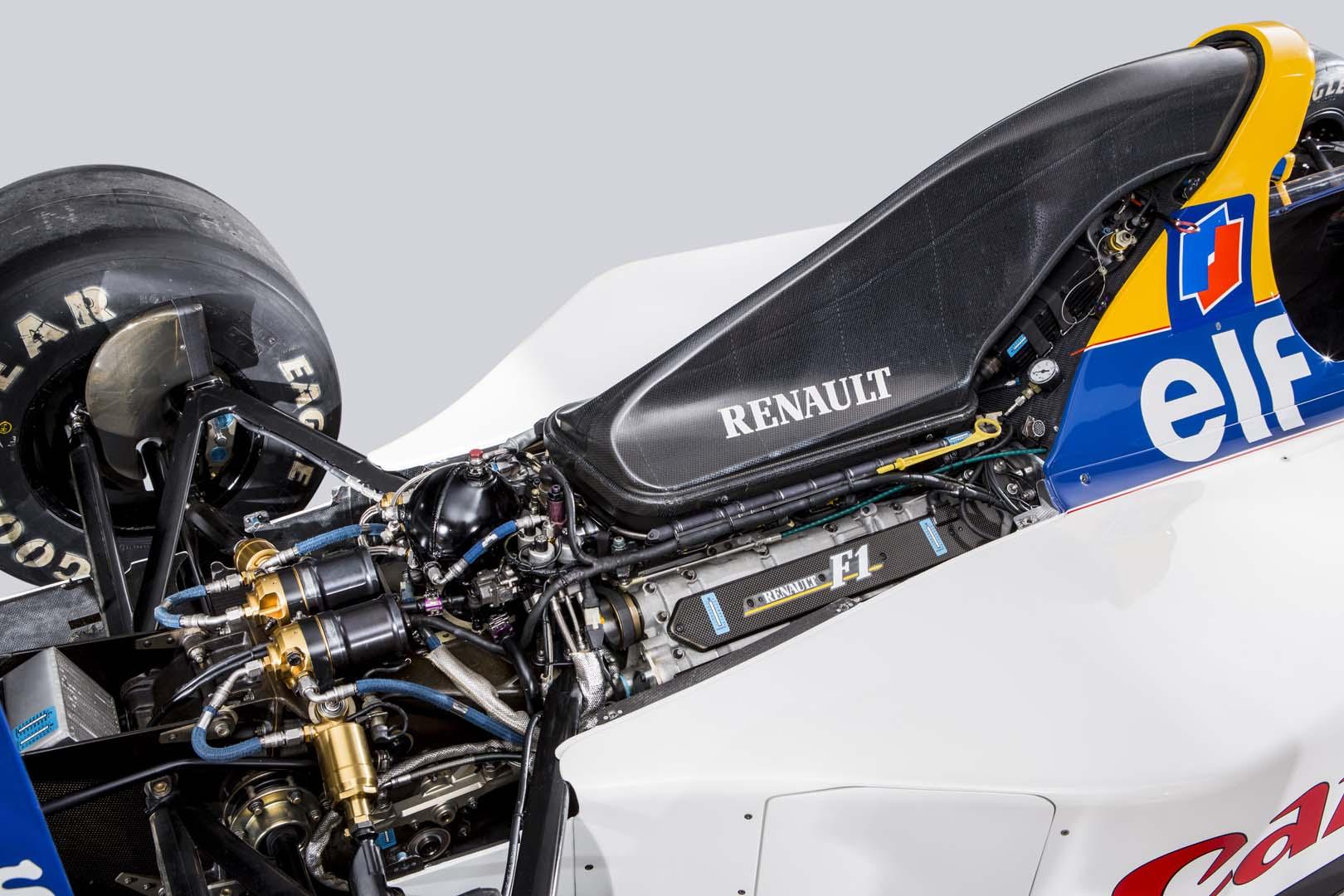 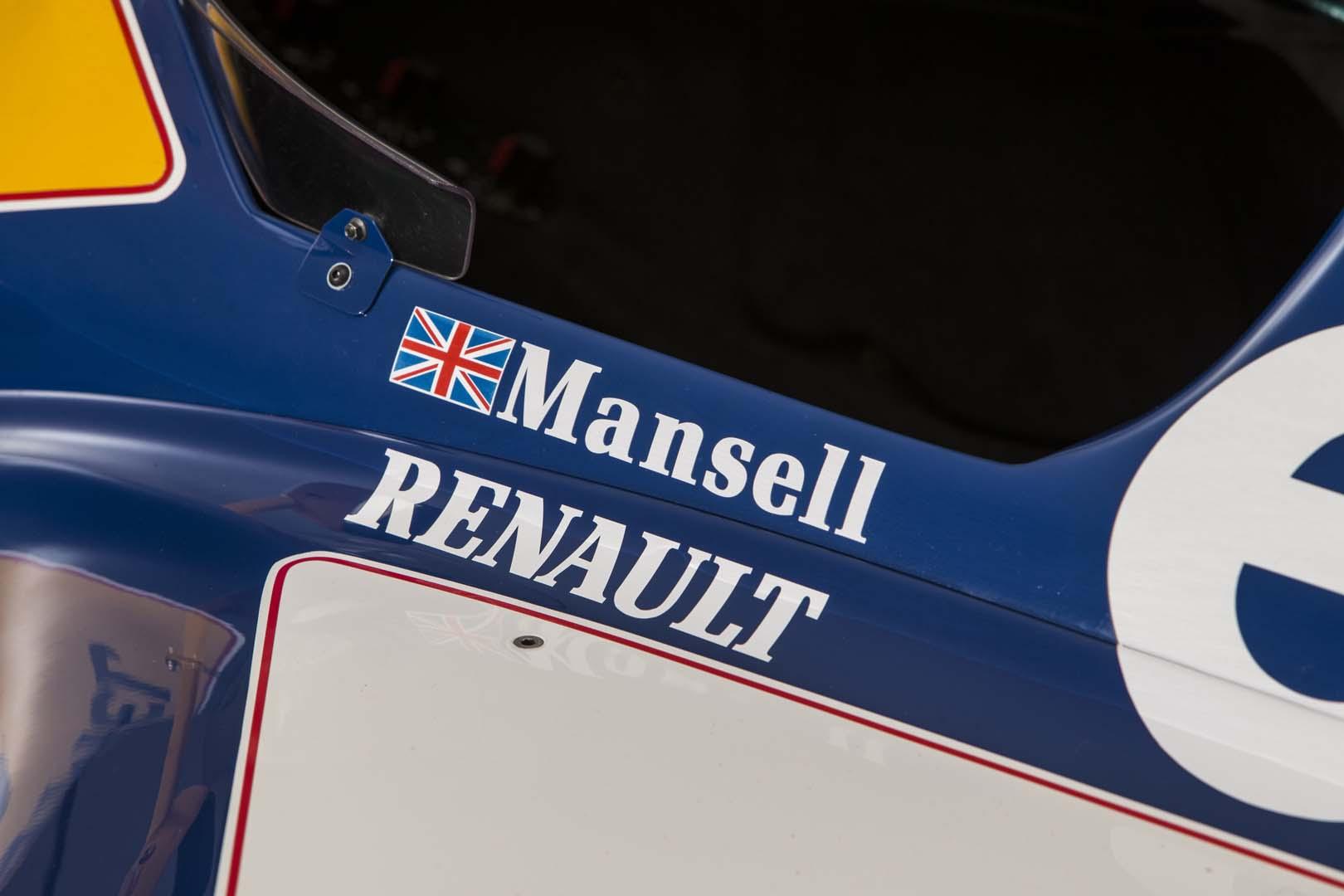 Global Director of Motorsport for Bonhams, Mark Osborne, said: “We are delighted to see Nigel Mansell’s Red Five set yet another world record.”

Behind the Williams, other sales of note included a 2001 Lister Storm GT1 sport-racing prototype – one of only six produced – that sold for £465,750 (AU$833,700 approx.), with an immaculate 1962 Aston Martin DB4 Series IV Vantage selling for the same amount.

Two lots from this auction with an Australian connection included a 1956 Cooper T39 Bobtail that was sold new to Alan Mackay and competed in the UK and Italy before coming to Australia. Here, it was raced at Albert Park, Longford, Bathurst and Sandown amongst other circuits. While largely unsuccessful in Australia, this particular car was worked on by none other than Jack Brabham.

The other “Aussie” car was a 2017 Lamborghini Aventador ‘Miura Homage’ that was one of only six RHD examples from a total of 50 produced. Sold new in Australia, the Aventador spent only a few months here before being sold to the UK. This car carried a £280,000 high estimate, but was passed in.

For full results and further details from this auction, go to: bonhams.com 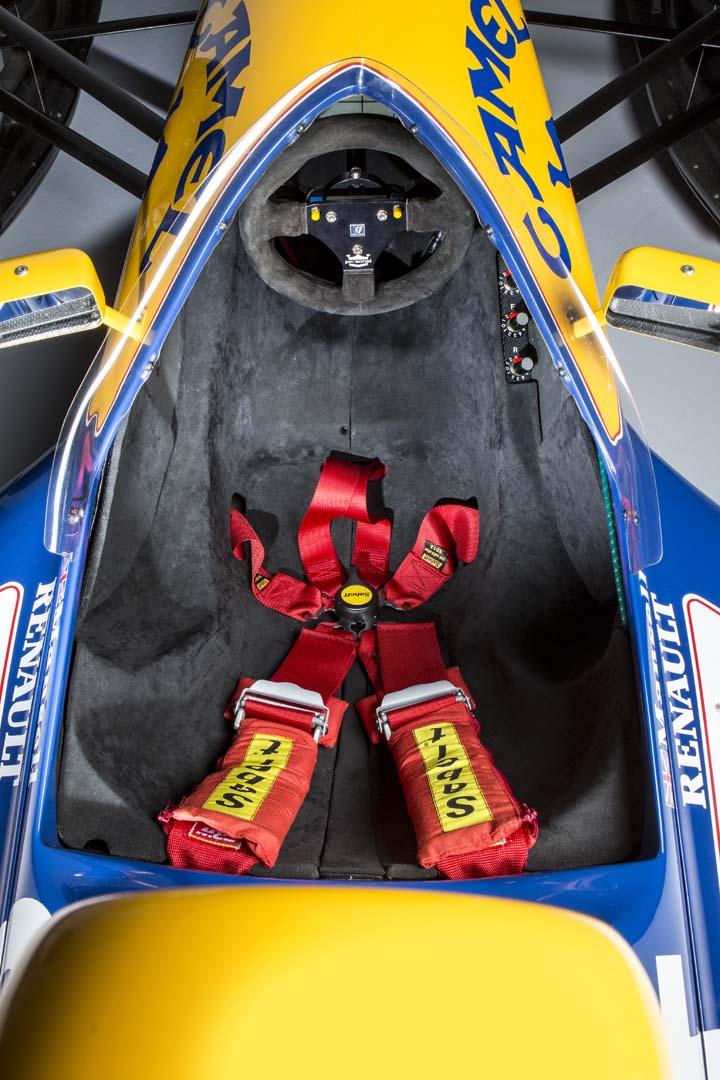 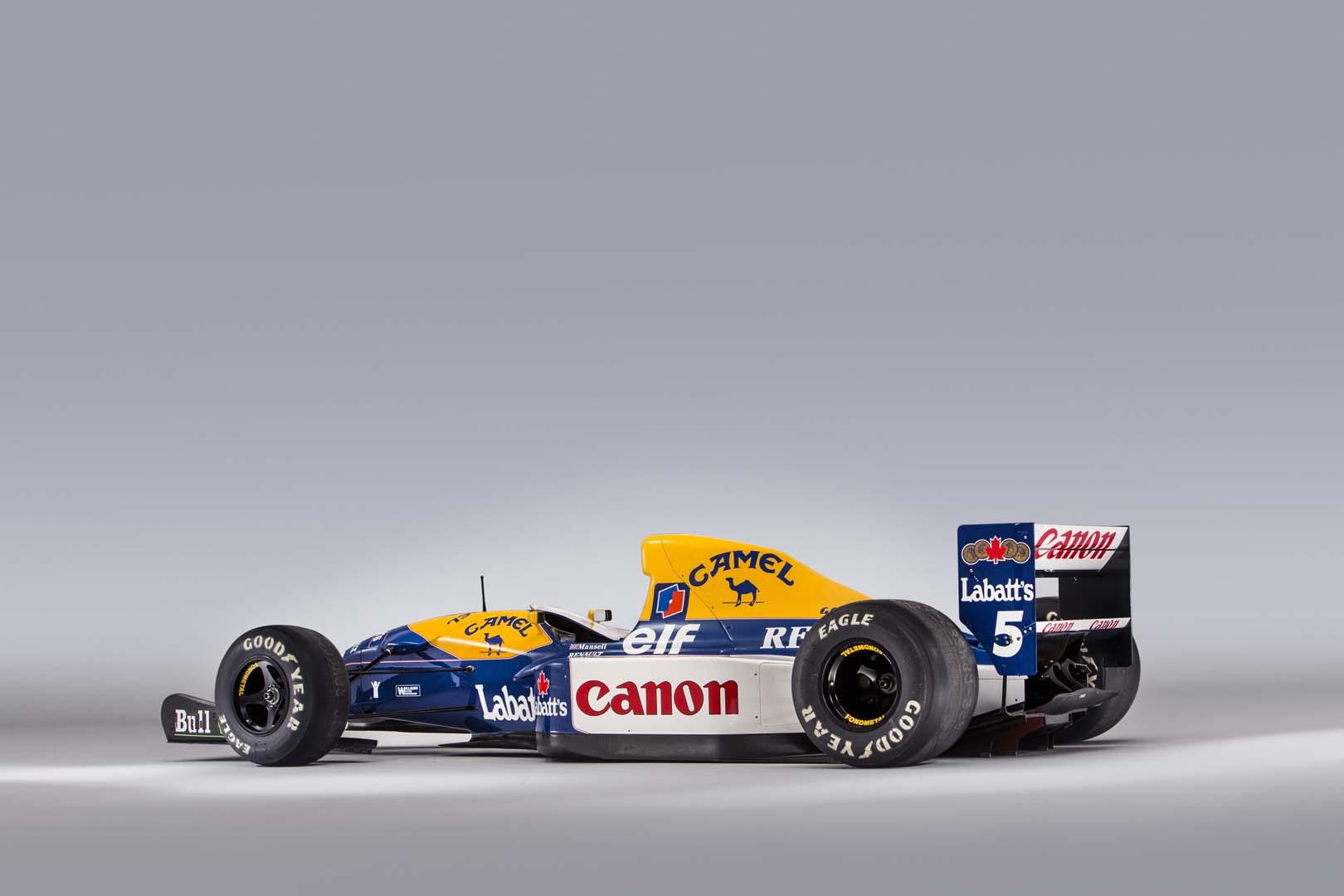