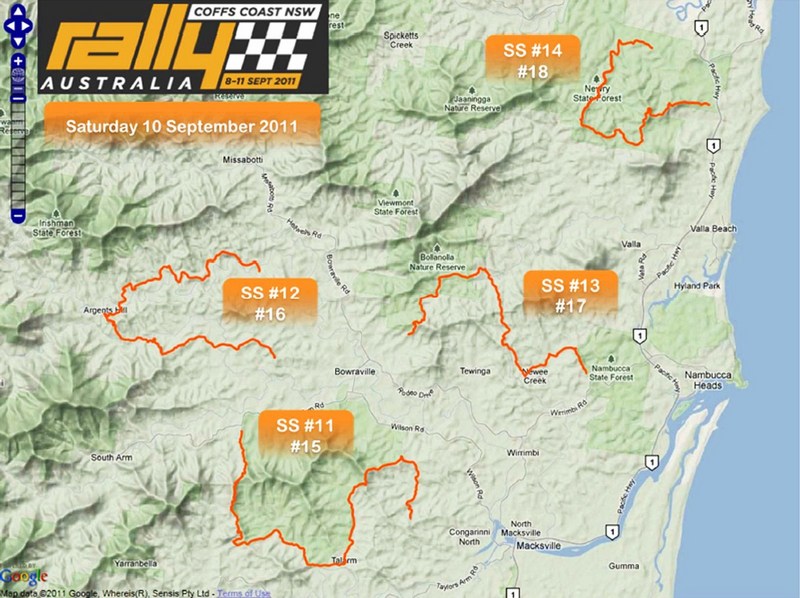 Following Friday's stages, the second full day of competition is set for Saturday, September 10, when the drivers head south of Coffs Harbour for the 'Welshes' (SS11 & SS15),'Grace' (SS12 & SS16), 'Valla' (SS13 & SS17), and 'Urunga' (SS14 & SS18) stages
Rally Australia, the 10th round of the 2011 World Rally Championship, kicks off tonight with two runs through the Castrol Edge Super Special Stage on the Coffs Harbour waterfront.

Following Friday's stages, the second full day of competition is set for Saturday, September 10, when the drivers head south of Coffs Harbour for the 'Welshes' (SS11 & SS15),'Grace' (SS12 & SS16), 'Valla' (SS13 & SS17), and 'Urunga' (SS14 & SS18) stages. Welshes, Grace and Valla are centred around the small township of Bowraville, while Urunga is located fourther north, between Urunga and Nambucca Heads.

Each stage will be run twice, the longest of the three being Welshes. These stages are a mixture of hard-base shire and forestry gravel roads with fast and flowing and tight and twisty sections running through a combination of open areas and forests. With trees lining the roads in many places, drivers will have to have to trade ultimate pace with caution, especially if inclement weather is added to the mix. Road-clearing will also play a major role with drivers running at the front of the field forging a clean, faster line for those behind.

Welshes is Saturday's longest special stage at 21.1 km. Grace is 19.77km, Valla 14.84 km and Urunga 13.79 km. The only dedicated spectator area for Saturday is on Grace, with access situated off Graces Road, approximately one third distance through the stage.

The roads of the Coffs Coast region have been used for rallies since the 1960s and have hosted a round of Australia's national rally championship for a number of years. However, some stages have been untried for more than two decades and all will be new territory for the overseas drivers.

Tickets priced from $15 to a range of day and night time Spectator Points are available via Ticketek.com.au, by phone on 132 849, or at Ticktek retail outlets including WOW Sight and Sound in Coffs Harbour. 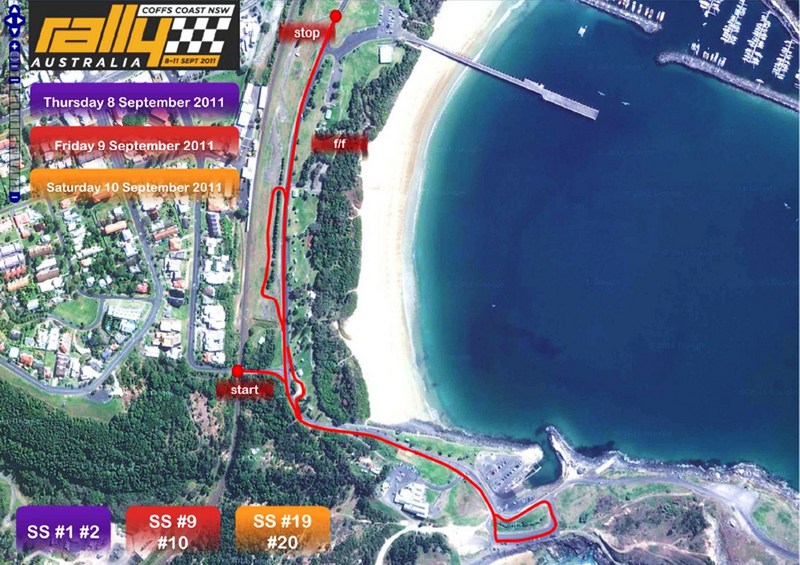