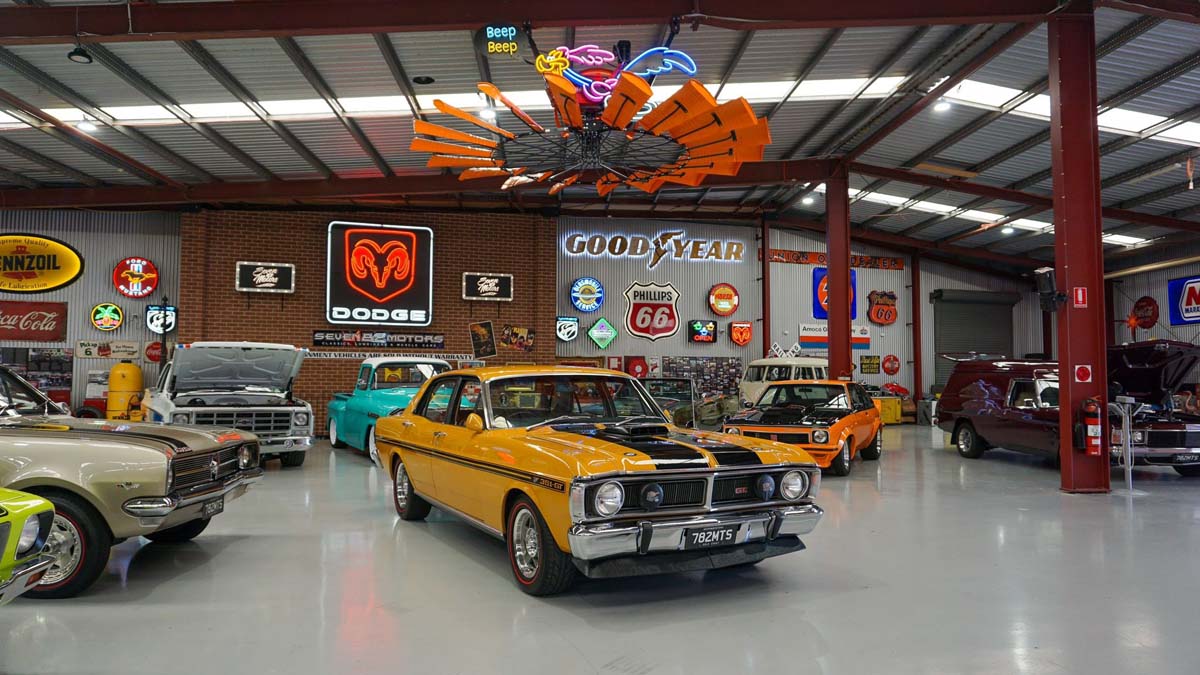 The Phase III to be auctioned is a genuine unit - one of the 300 of these homologation specials produced by Ford Australia to go racing at Bathurst in 1971 - and one of around 100 surviving today.

What sets this example apart from many others is that it has low mileage, is a one-of-one specification and still runs its original engine and transmission – a true rarity amongst surviving, unrestored GT-HO Phase IIIs.

Finished in Yellow Ochre with Light Saddle trim, this GT-HO Phase III left the Broadmeadows factory in May, 1971, and was one of only five GT-HO Phase IIIs built with this paint and trim combination.

Sold new by Courtney & Patterson Ford in Heidelberg, Victoria, in July, 1971, this Phase III was first registered KXJ-657 and passed through several owners in Victoria until 1979, when it was sold to a South Australian buyer.

Re-registered RHO-003 in SA, the car remined in the Festival State until 2004, when it came back to Victoria to a new owner who managed to reacquire the original KXJ-657 plates.

In 2011, the Phase III was sold to an enthusiast in Queensland and has remained there ever since.

Refurbished, but not Restored

Unlike some GT-HOs that have had a comprehensive nut-and-bolt restoration, this example is mostly original.

The fact it’s covered only 82,500 miles from new partly explains this, with care and attention by all its past owners being another factor. As such, it’s rust-free and while unrestored, has had some refurbishment done over the course of its 50-year life

Past work includes a repaint in correct Yellow Ochre, but original paint remains in the door apertures and under the boot lid.

The car’s original 351ci High Output Cleveland V8 has been rebuilt to factory specs. Like the engine, the 4-speed Top Loader manual gearbox is also the original, but has been refurbished.

Interestingly, a past owner corresponded with Peter Jeffery, formerly Allan Moffat’s head mechanic, who knew of this car personally and helped track down other previous owners. Despite the link to Jeffery, there’s no suggestion this Phase III was ever raced, but unconfirmed correspondence suggests the engine may have been blueprinted and balanced.

All glass except the windscreen is original, and the interior is all original, too, including the Light Saddle vinyl seat trim, steering wheel, headlining and even the dash pad.

While cared for, this Phase III hasn’t been cocooned like some others. All the previous owners have driven it and enjoyed driving it, so it remains an outstanding example of a driver’s car today.

Of course, the major drawcard with this GT-HO Phase III is its matching numbers drivetrain.

The car comes to SEVEN82MOTORS’ December online auction with an extensive file of documentation, including the original owner’s manual, log books, service manual, Ford verification letter and a Deluxe ACCHS report, as well as service records and photos from previous owners.

Given the value of this car, SEVEN82MOTORS also commissioned an ICAARS inspection to verify its provenance as a reassurance for potential buyers.

The SEVEN82MOTORS’ December online auction opens on 29 November and runs to 6 December.

Of the 45 vehicles consigned, this matching numbers ’71 XY Falcon GT-HO Phase III is expected to be the top seller.

For more information on the SEVEN82MOTORS December auction, including other consignments, inspection times and how to bid, click HERE.