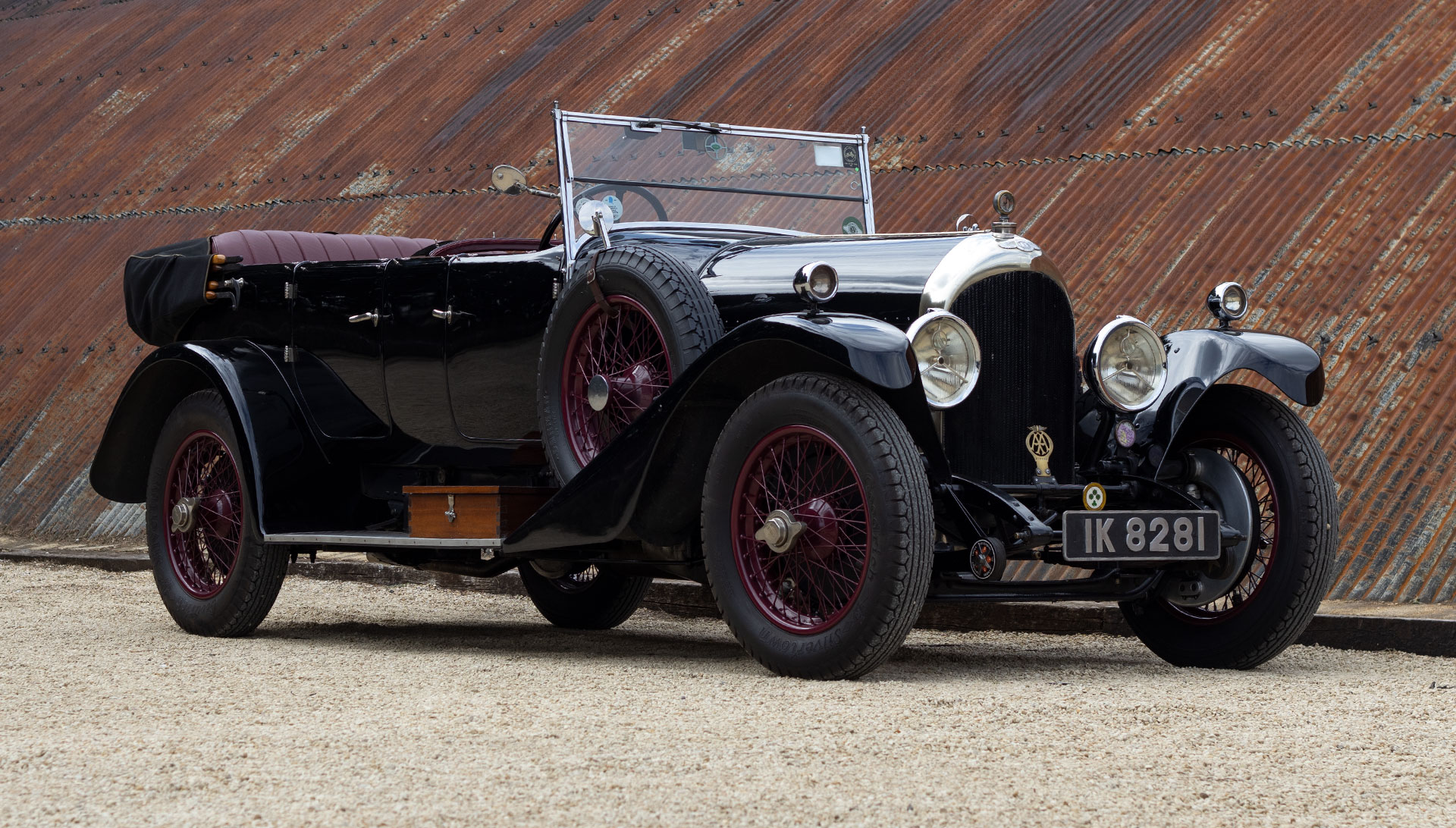 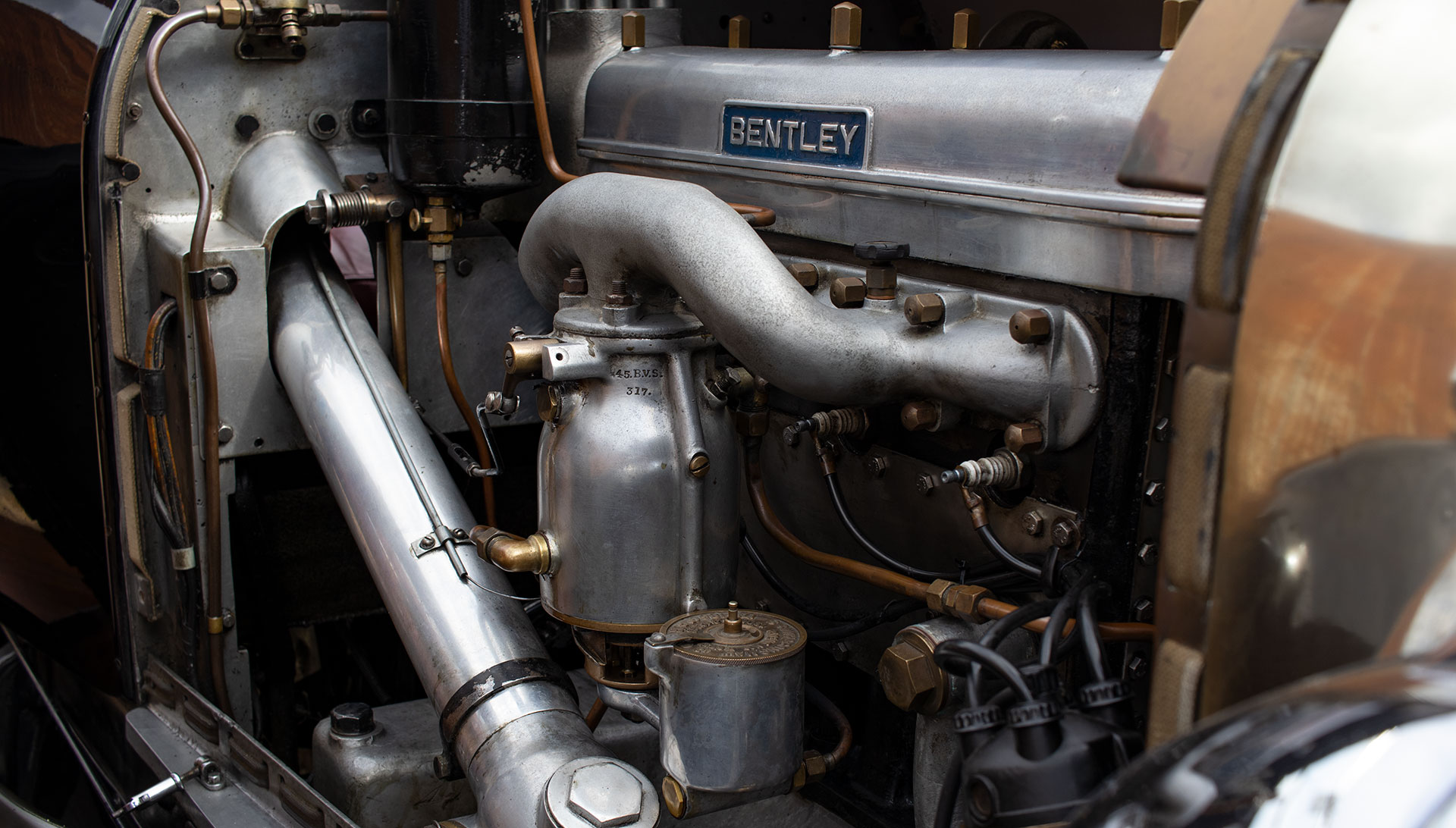 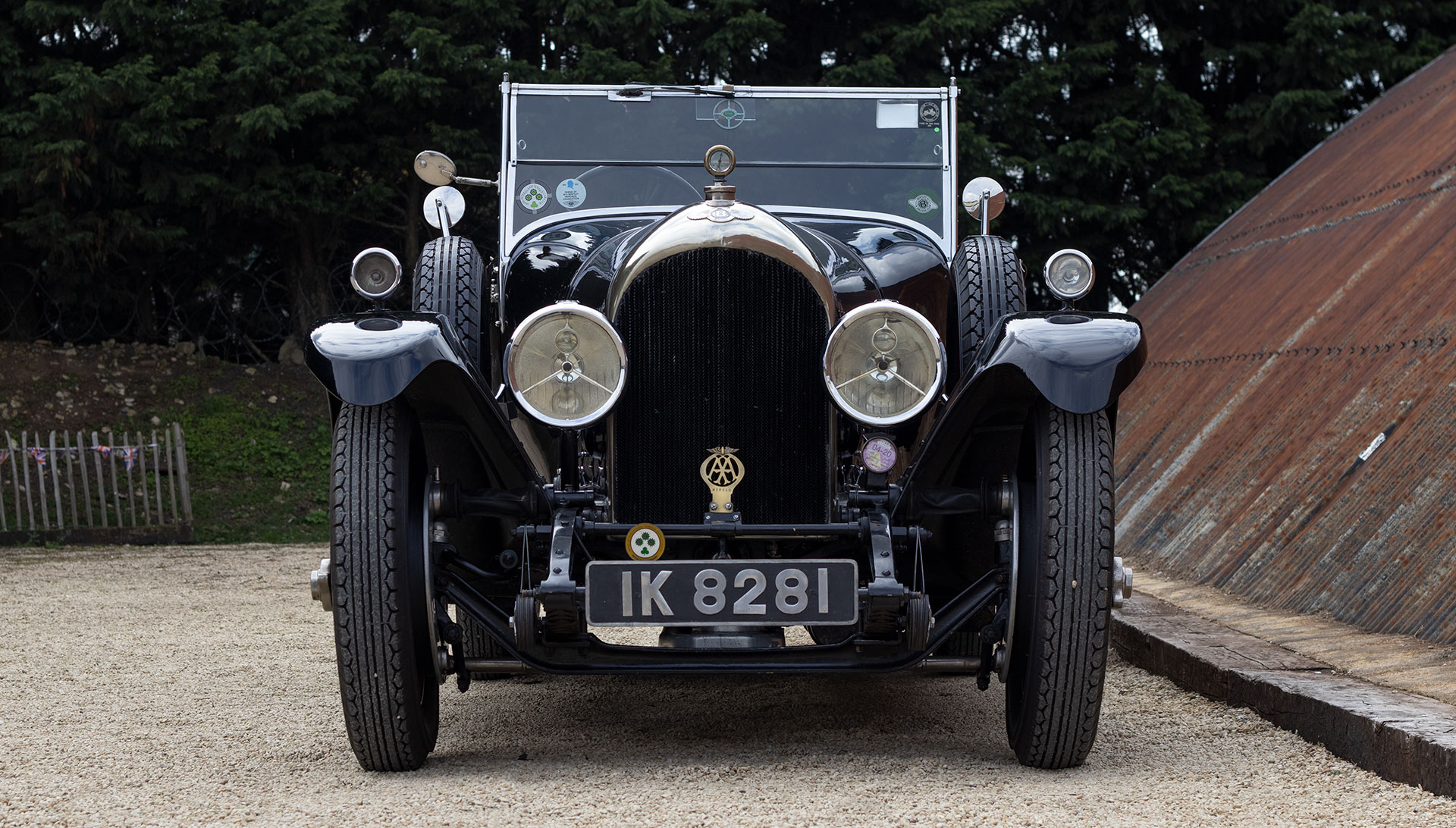 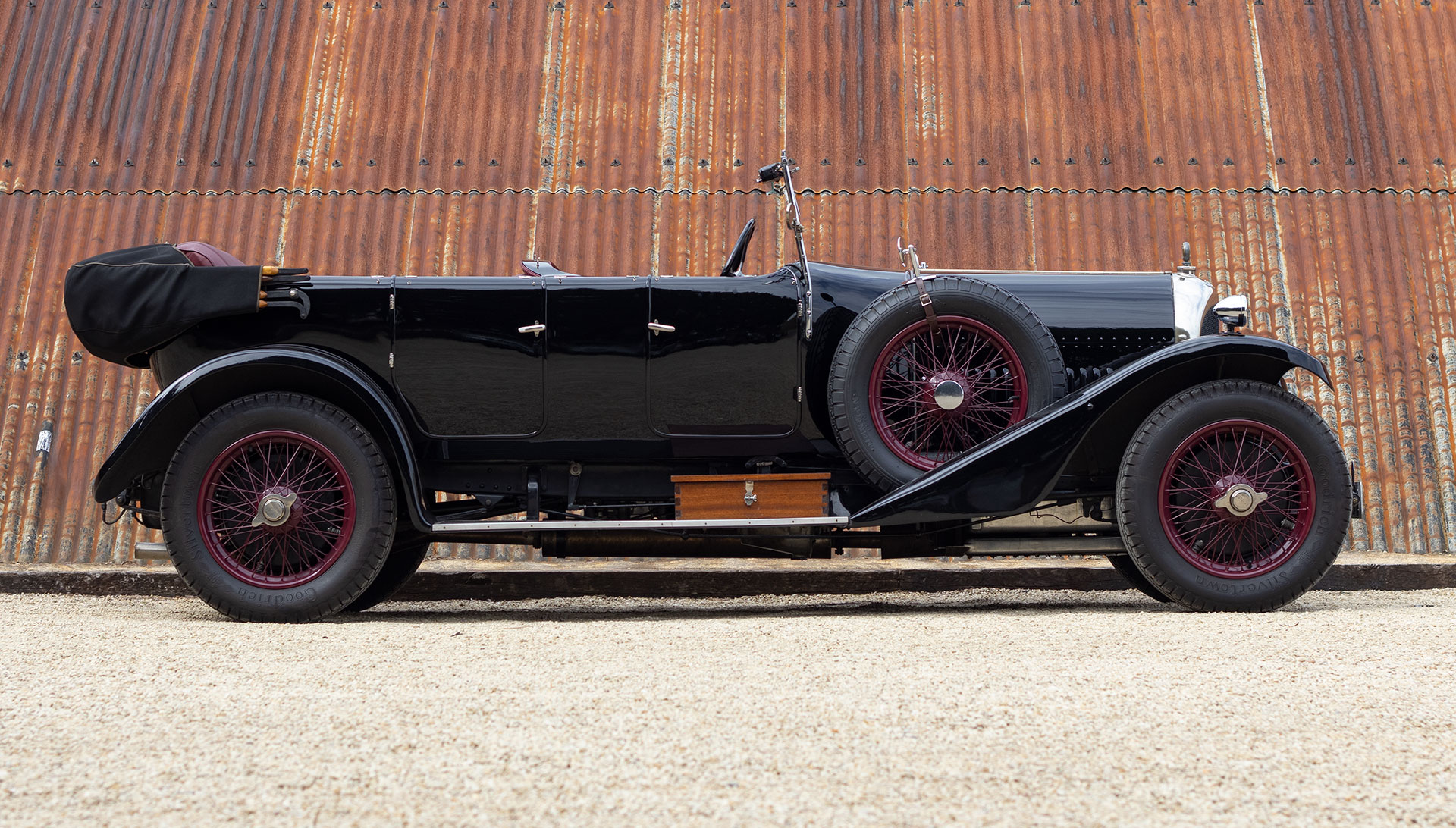 This Bentley 3 Litre Blue Label model has a rich history. Chassis number 1109 was fitted with a four-seater tourer body by Freestone & Webb and sold new in 1925 via Dublin agents Keegan & Neill to Ernest Bewley. By then in his mid-60s, Bewley was part of a successful family of tea merchants, and in 1894 he had opened his first Oriental Café in Dublin. That was followed by three more, the most famous of which is the one that is still located on Grafton Street today. Poet Brendan Kennelly once said that Bewley’s Oriental Cafés were ‘the heart and hearth of Dublin.’ Sadly, the opening of the Grafton Street shop took its toll on Bewley’s health and his finances. After he died in 1932, the Bentley passed to a WJ Malcolmson, who was also based in Dublin. Included in the paperwork is a copy of the original Bentley Motors service record, which goes up to 1939 and documents a considerable amount of mechanical work during that decade. Following the war, the Bentley was acquired by SJL Spicer, a marque enthusiast who had been demobbed from the military in 1947 with a gratuity of £250, which he was determined to spend on fulfilling his long-held ambition to own a Bentley. His family had recently moved to County Wicklow, south of Dublin, and he heard about this 3 Litre, which he later recalled had the registration number IK 8281. The Bentley was complete but the engine had been dismantled. Spicer nonetheless bought everything for £150 and had it towed back over the Wicklow mountains by a local in a wartime Ford V8 3-ton truck that apparently had marginal brakes. Once the engine had been rebuilt, Spicer reported reaching almost 70mph in the Bentley, but eventually sold it for the princely sum of £27 10s. In a letter to a subsequent owner, Peter van Hamel recalled buying the Bentley in ‘1949 or 1950’ from Ireland, where ‘she had been left to moulder’. Van Hamel lived in Sudan, so it was shipped out there, but he reported that he sold it in January 1957. By 1961, the Bentley was back in England and being offered for sale by Halfway Garages near Reading. It was from there that RN Loney bought it on 13 July that year. He paid £295 for the car and had it shipped from Southampton to Durban in September 1961, then on by rail to his home in Johannesburg. For almost 30 years, Loney then set about restoring the 3 Litre, numerous letters in the history file to marque authorities such as Donald Day being testament to the care and attention he put into the project. When it finally came time to licence the car in early 1990, Loney wrote to the authorities: ‘The car has not ever been used in South Africa and in the ensuing years has been completely overhauled mechanically and rebuilt by me.’ The Bentley took part in the 1990 Total Vintage Bentley International Tour of South Africa, and five years later it was used to transport Joe Modise, the Minister of Defence, plus various high-ranking military officers around Voortrekkerhoogte airbase during the 75th-anniversary celebrations of the South African Air Force. Loney kept the Bentley until he passed away in 1998. It was bequeathed to his friend Carol Schellinck, and then – fittingly, perhaps – it was bought by an Irishman living in South Africa and taken back to Ireland. It changed hands again in 2010 and was given a full restoration, including an engine rebuild. Very early in the car’s life – possibly even within the first 12 months – its original engine (1114) was replaced by 1171, which had originally been fitted to chassis number 1149. This Bentley 3 Litre is now being offered for sale by The Classic Motor Hub, and presents superbly and drives beautifully, with huge reserves of torque. The steering is direct and accurate, the right-hand gearchange is remarkably user-friendly, and sensible upgrades that have been fitted during the course of its life include an overdrive unit plus an electric fan. It’s a vintage tourer in the very best tradition, and is all the more pleasing for retaining its original Freestone & Webb body. We Sell Classic Bikes is a classic bike dealer based in Gloucestershire, England. As we have a large volume of interest from Australians in our classics we are now listing on the Australian marketplace. We have shipped a number of Norton’s, Triumphs and Tritons in recent months to customers in Australia. All our prices include shipping and insurance. Please take a look at our stock and get in touch if anything takes your fancy.